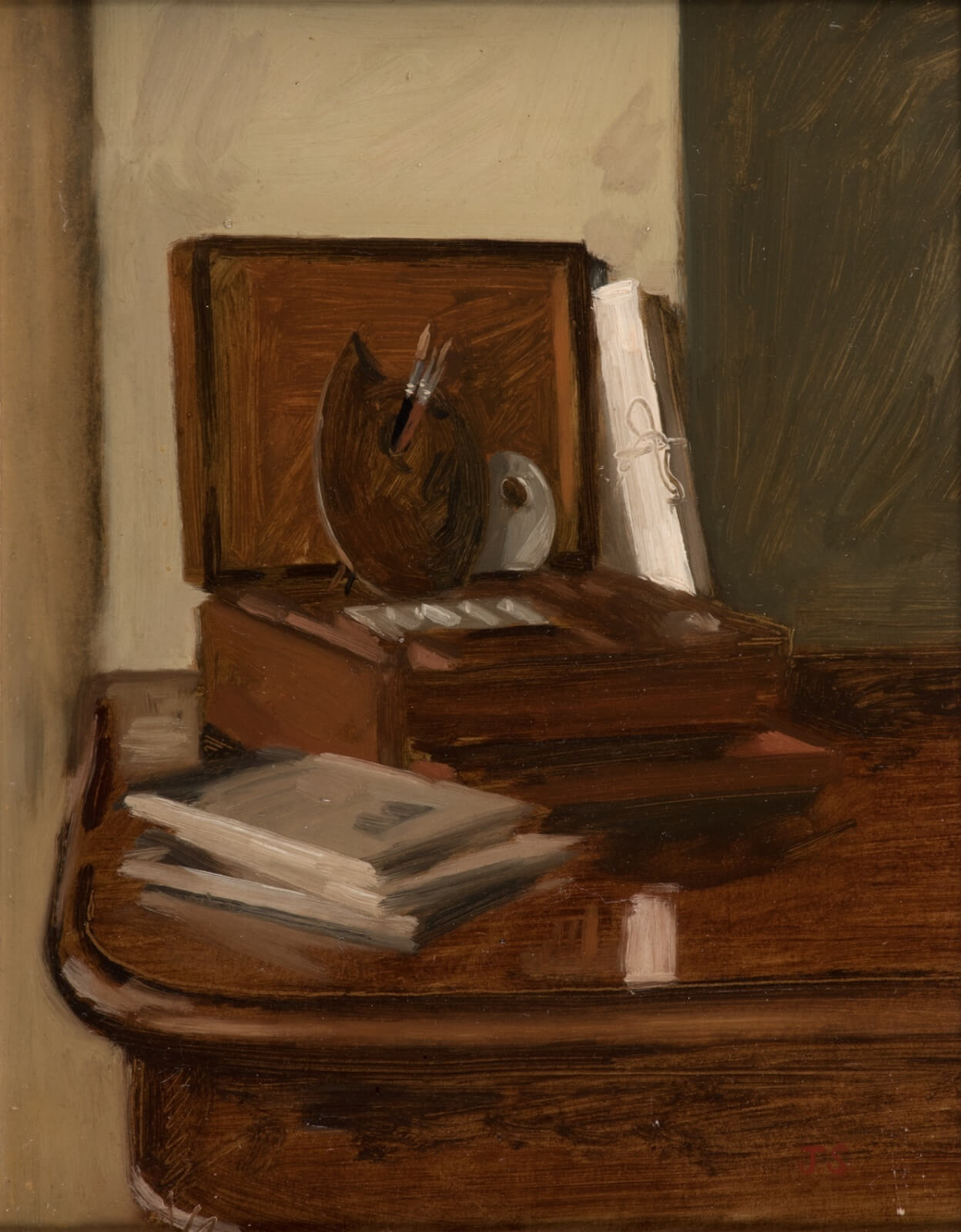 SKU: 9528
Titled on label to reverse
Oil on board

A loose, sombre still-life, showing the artist’s paint box and brushes within his studio.

Writing in Sergeant’s obituary, Peyton Skipwith noted that the artist ‘regarded colour as an intrusive and unnecessary distraction, though he did allow himself the occasional indulgence when the subject, such as a stylish pair of 1940s red shoes, or the eyelet on a luggage-tag, dictated’. 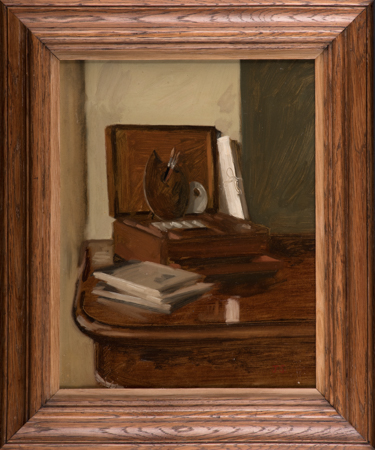 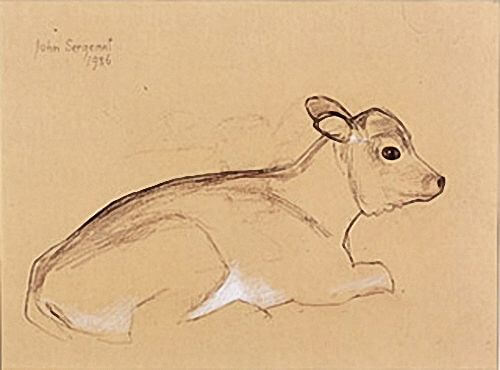 John Sergeant was born in London in 1937. The family moved to Faversham in Kent after being bombed out in the war. He studied at Canterbury College of Art 1954-57. He met John Ward in 1958 and entered the Royal Academy Schools in 1959, winning the Drawing Prize in his final year in 1962. In the same year he married a fellow Royal Academy Schools student, now the painter Carolyn Sergeant, and from this time until 1969 taught at Canterbury College of Art and Dover and Folkestone Schools of Art and also carried out his own commissioned works while occasionally assisting John Ward.

In 1981, inspired by the Interiors exhibition at Hazlitt, Gooden and Fox, he concentrated for two years on commissions for interiors including Castle Coole, Stowell Park and Deene Park before deciding on a major change in routine, moving to Wales in 1983.

He held one-man exhibitions at the Maas Gallery in 1986, 1988, 1991 and 1992. In November 1994 he exhibited with Jehan Daly and John Ward in Three Contemporary Masters at Hazlitt, Gooden and Fox; further, (solo) exhibitions were held there in November 1996 and November 2000. A one-man show was held at the Fine Art Society, London, in November 2002.

John Sergeant also exhibited at the Royal Academy, the Royal Society of Portrait Painters, the Victoria & Albert Museum, the New Grafton Gallery, the Trafford Gallery, the National Museum and Gallery of Wales, Cardiff, and the Royal Library, Windsor. While at Agnews in 1987, his work was included in The Long Perspective – Works for the National Trust.

The National Trust owns a series of his drawings at Erddig, and the Fitzwilliam Museum, Cambridge, has a drawing in black conte crayon, Collars, acquired in 1994.