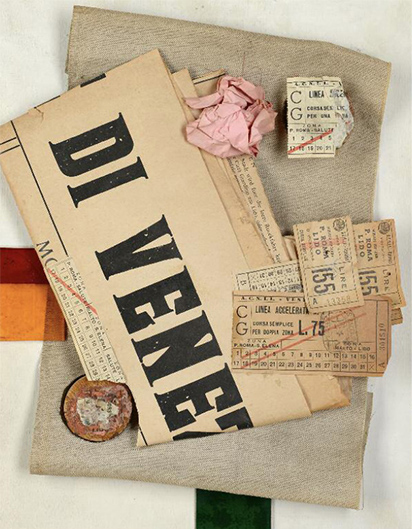 Kenneth Rowntree (1915-97) occupies an intriguing position in the history of 20th-century British art. As Eric Ravilious and Edward Bawden were given their direction in the 1920s by the pioneering Paul Nash, so Rowntree was inspired a decade later by Ravilious – in part at least. He was no imitator, but an artist who went his own way, creating over the course of a long and productive career a diverse body of work that thoroughly deserves this centenary exhibition.

Born in Scarborough, the son of a successful Quaker businessman, Rowntree was taught by Ravilious and Barnett Freedman at the Ruskin School of Art in Oxford, graduating in 1935 before studying further at the Slade. By the outbreak of war he was married to architect and writer Diana Buckley, and achieving success as a muralist and painter; an early portrait of his wife shows him working in the naturalistic manner championed by Victor Pasmore and other friends at the Euston Road School.

Despite being a conscientious objector Rowntree found
opportunity during the war, notably as a contributor to the Recording Britain project. Having already proved himself adept in oils, he now demonstrated
his skills as a watercolourist, offering landscapes, street views and interiors a low-key but strangely powerful vision of his country. The source of this power lies perhaps in the balance of detail and design, as we see in The Schoolroom (1940s). Yes, the blackboard with its hand-written attendance statistics offers an authentic touch, but it also plays a role in the composition, suggesting depth and providing a grid of white lines to contrast with the delicate black lines of the barrier around the furnace.

Leaving his early naturalism behind, Rowntree rapidly became a masterful composer of of pictures. In Adam with Pram (1943) the artist’s son is shown against a coastal backdrop, a splendid red sign providing a man-made equivalent of the setting sun. A witty visual intelligence is at work here, as it is so often in the exhibition; Rowntree takes the shapes, colours and contrasts of the world around him and combines them in delightful and surprising ways.

Through the 1950s, in paintings of coronation fireworks and water towers discovered on a trip to America, he continued to juggle representation and abstract composition. Only in the 1960s, when a teaching post in Newcastle introduced him to a more academic Modernism, did he go further towards pure abstraction, but paintings such as Putney Bridge Nightpiece (1967) are in the minority. Rowntree was undoubtedly an artist who took pleasure in his work, and there was more fun to be had juxtaposing geometric shapes and recognisable natural features. Having often marked up studies with colour notes, he playfully added text to paintings; thus labels replace botanical details in The Naming of Parts, Acomb (1987).

With magazine covers and fabric designs shown alongside drawings, paintings and collage, this widely-ranging exhibition celebrates the many achievements of an artist whose appetite for experiment never diminished.