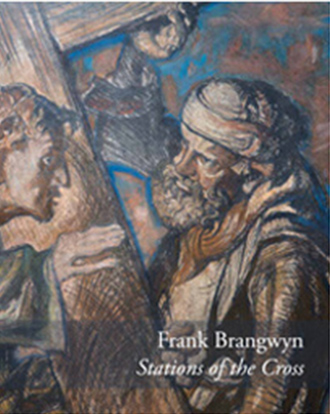 This publication, which has been made possible entirely through the generosity of Tigger Hoare was prompted by the discovery of a complete set of Brangwynís Stations of the Cross, painted in oil, which originally hung in St Michaelís Abbey, Farnborough. The participation of the Diocese of London has added a dimension which Brangwyn himself would have relished. Although brought up a Catholic, his faith was a strong belief in Christian values rather than an adherence to one particular creed and he told a friend that ëLife here is nothing without God. The time comes when one has to leave it all, then one says to oneself what can I say I have done to please Him? In his own self-effacing way Brangwyn did much to please Him.

The 10th Station: Jesus is Stripped of His Garments