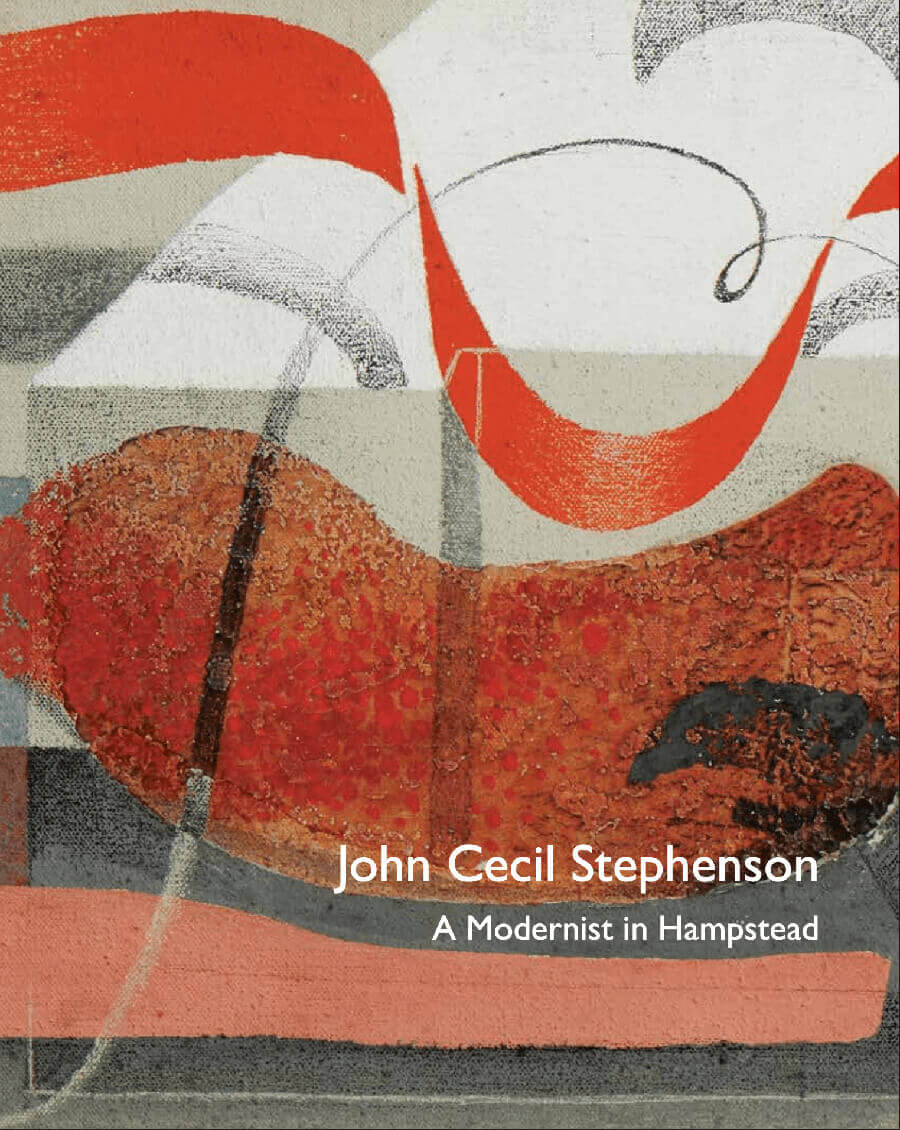 By the end of John Cecil Stephenson’s art school training – first a scholarship to Leeds Art School then to The Royal College of Art – he was in a position to produce, in a pro – fessional capacity, still lives, landscapes and portraits. Like many painters of his generation, who had received similarly conventional instruction, he became a competent teacher, appointed in 1922, as Head of Art at The Northern Polytechnic. In this mould Stephenson might have remained a largely undistinguished painter – but in the early 1930s he found him – self at the centre of a group of artists with avant-garde credentials, and his own art underwent a remarkable transformation. By 1934 he was exhibiting groundbreaking works such as Mask (CAT. 7), at the 7 & 5 Society, and in 1937 was a key contributor to the watershed publication and exhibition Circle, where his work was showcased alongside that of luminaries such as Kazimir Malevich, Le Corbusier, Fernand Léger, Alberto Giacometti and Pablo Picasso. What led Stephenson to become, in the words of the celebrated art critic Herbert Read, ‘one of the earliest artists in the country to develop a completely abstract style’? His remarkable journey from figurative art to abstraction is brilliantly recounted in Peyton Skipwith’s essay John Cecil Stephenson, Pioneer of Abstraction.

Between March 1919 and November 1965, John Cecil Stephenson lived in London at No. 6 Mall Studios, off Tasker Road, Hampstead. As the father figure of what Read christened ‘a nest of gentle artists’, his next door neighbours included, during the course of the decade leading up to WW2, Barbara Hepworth, John Skeaping, Ben Nicholson and Henry Moore. Such fertile ground was further enriched by visits from artists fleeing persecution – including Piet Mondrian, László Moholy-Nagy and Alexander Calder – just a few of the many internationally acclaimed artists who whilst passing through London formed part of the art set who congregated around Read’s house at No. 3 Mall Studios.