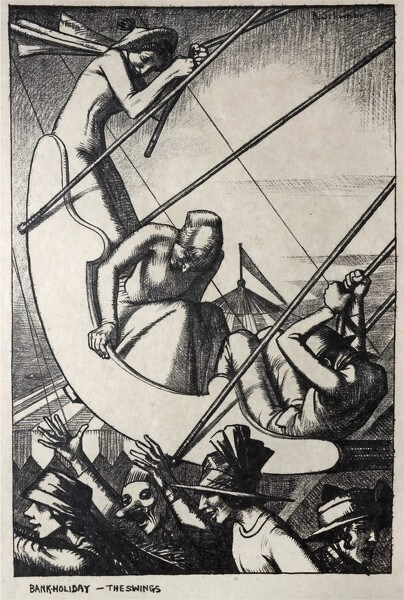 Exhibited; Carfax Gallery, April 1915
Review in the Daily Telegraph, Sir Claude Phillips wrote of this etching: “We are suddenly confronted with an attempt at cubism”.
Disclaimer:
Liss Llewellyn are continually seeking to improve the quality of the information on their website. We actively undertake to post new and more accurate information on our stable of artists. We openly acknowledge the use of information from other sites including Wikipedia, artbiogs.co.uk and Tate.org and other public domains. We are grateful for the use of this information and we openly invite any comments on how to improve the accuracy of what we have posted. 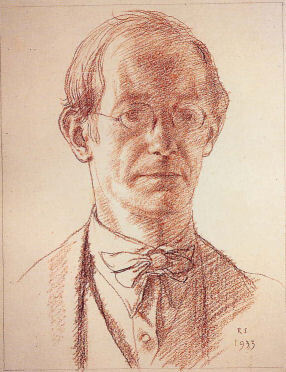 Influential teacher, draughtsman and printmaker, especially of urban subjects, illustrator and designer. Born in , Schwabe studied briefly at the Royal College of Art, of >Fine Art, 1900-5, and at Acad mie Julian, , 1906. Official War Artist I, making drawings of the Women’s Land Army. Went on to teach at Camberwell and of Art. Was drawing master at the Royal College of Art, and then succeeded Henry Tonks as Slade Professor and head of the Slade School of Art, 1930, an apt choice, as Schwabe’s exact draughtsmanship was firmly in the Slade tradition. Schwabe was a prolific exhibitor at NEAC and Goupil Gallery, also showing at Carfax Gallery, Fine Art Society, Leicester Galleries and RW. Tate Gallery holds his work. Among the books Schwabe illustrated were Walter de la Mare’s Crossing, 1921, several books by the writer on dance Cyril Beaumont and H E Bates’ The Tinkers of Elstow, 1946. A large retrospective as held at Chris Beetles in 1994. Lived finally at Helensburgh, Dunbartonshire. 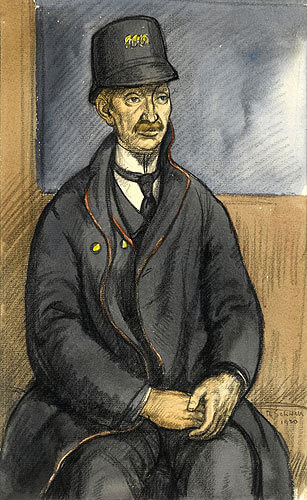