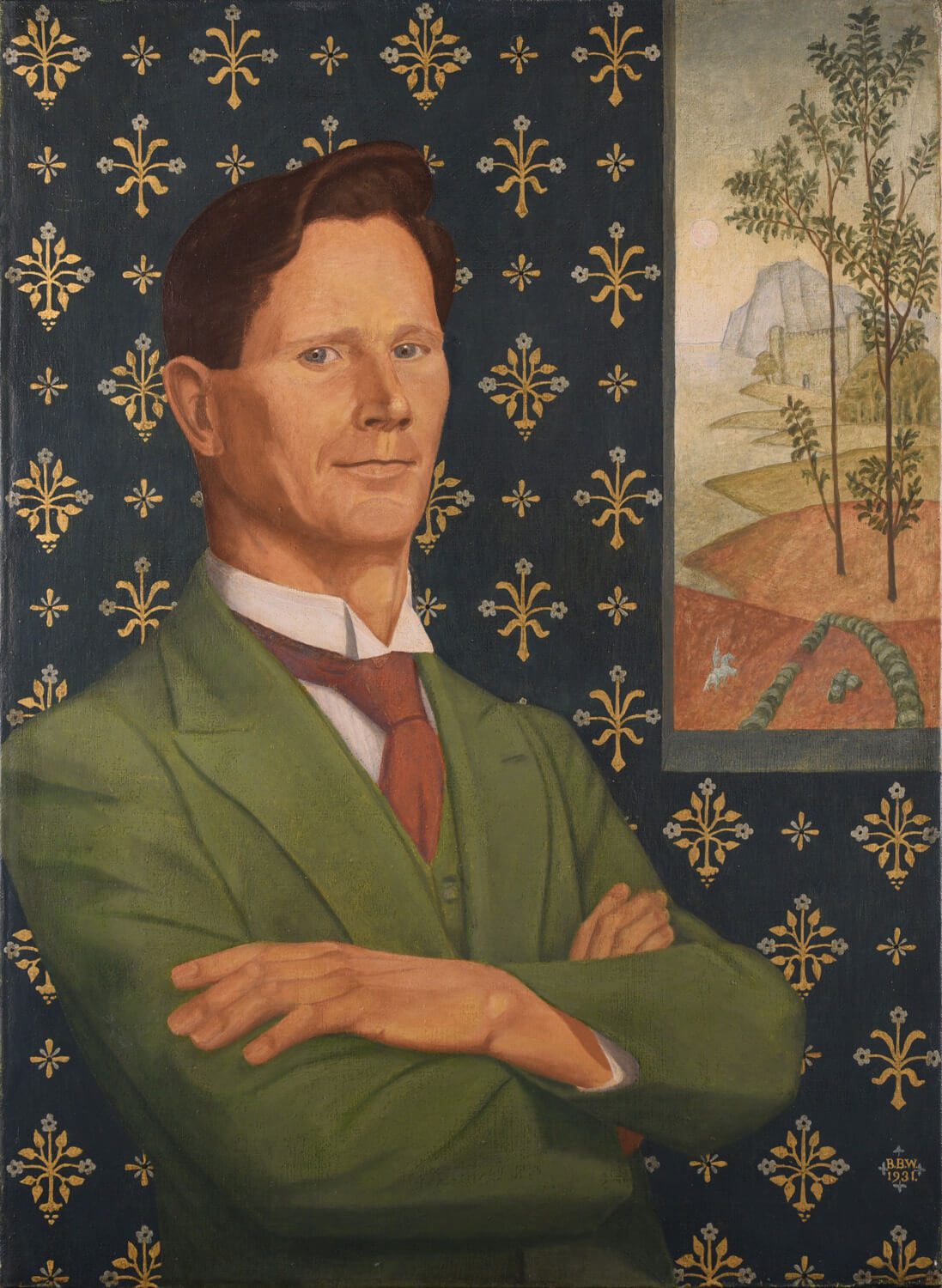 The artist wears an artfully-contrived version of fashionable dress that is conventional, even conservative in style, but which employs unusual, eye-catching colours, suggesting that he is a man of aesthetic inclinations and singular taste.

We are grateful to Jayne Shrimpton for her assistance. 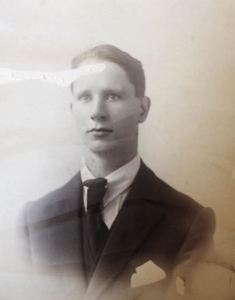 The picture in its frame: 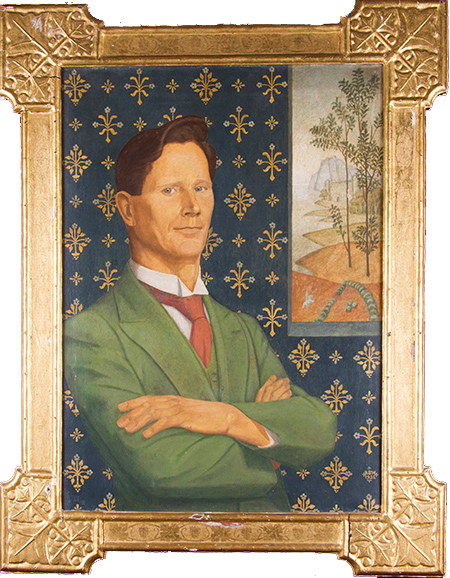 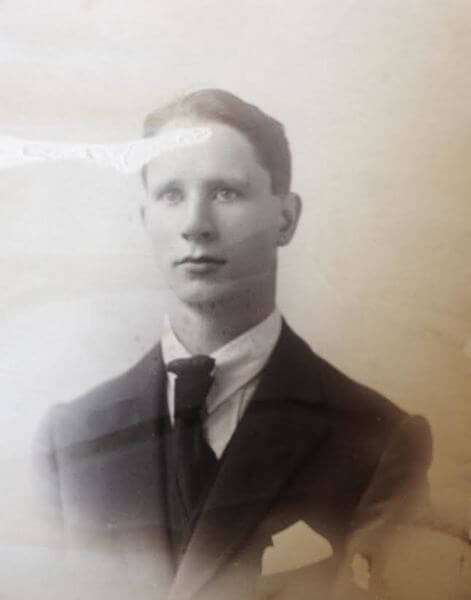 ​Bernard Blaine Withey born 24th October 1895 – died aged 81 in 1976,was a mural painter, portrait artist and genre painter. He was born in Wordsley near Stourbridge the son of a glass-cutter working in the local glass manufacturing industry. Bernard according the 1911 census was employed as a ‘Moulder’ in the local iron works so, it much have been a little later that he attended Moseley School of Art in Birmingham and from the 1920’s he furthered his studies at Birmingham School of Art first as a student and then as a teacher. He lived in Smethwick a suburb of Birmingham and is recorded as having exhibited at the Royal Birmingham Society of Artists between 1932-37. Little else is known of his career despite being a first class artist. 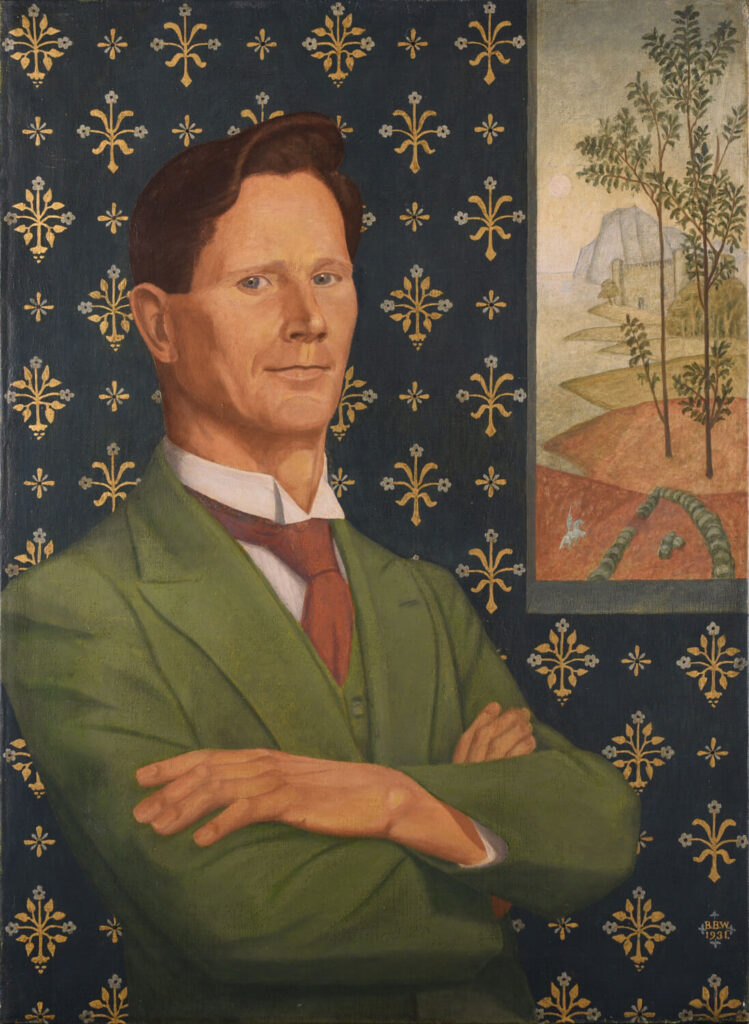