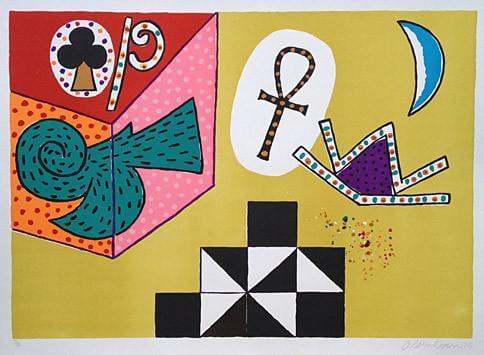 From the Penwith Portfolio, original lithograph on wove paper.
Limited edition of 90. Published by the Penwith Society and printed at Curwen Studios. The Penwith Portfolio was a mixed portfolio of 11 lithographs in aid of the Penwith Gallery, St Ives. The other artists were Robert Adams, Merlyn Evans, Duncan Grant, Barbara Hepworth, Peter Lanyon, Bernard Leach, FE McWilliam, Henry Moore, Ben Nicholson and Michael Rothenstein.
Disclaimer:
Liss Llewellyn are continually seeking to improve the quality of the information on their website. We actively undertake to post new and more accurate information on our stable of artists. We openly acknowledge the use of information from other sites including Wikipedia, artbiogs.co.uk and Tate.org and other public domains. We are grateful for the use of this information and we openly invite any comments on how to improve the accuracy of what we have posted. 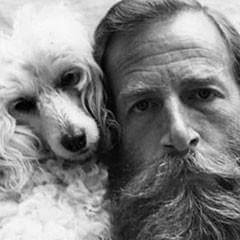 Painter, born in Grangemouth, Stirlingshire. His father was also an artist and Davie junior was encouraged to enrol at Edinburgh College of Art, 1937-40, where he was taught by John Maxwell. Following army service with the Royal Artillery in World War II, Davie worked variously as a jazz musician, textile designer, potter and as a jewellery designer. In 1946, he held his first solo exhibition at Grant’s Bookshop, Edinburgh and soon after travelled around Europe meeting Peggy Guggenheim which was to broaden his artistic outlook. His work over the years was much influenced by Abstract Expressionism, Oriental mysticism and Indian mythology. His first London show took place at Gimpel Fils, London in 1950 and his first New York exhibition at the Catherine Viviano Gallery, New York in 1956. During the 1960’s and later many of Davie’s drawings appeared in print form executed by the Curwen Press and also were seen in the eclectic magazine Motif.

Davie was awarded the Gregory Fellowship at Leeds University 1957-59 and in 1962 he held a retrospective exhibition in Amsterdam at the Stedelijk Museum. Other retrospective exhibition venues include the McLellan Galleries, Glasgow, 1992, RWA Bristol, 1992, Barbican Art Gallery, London, 1993 and ‘Jingling Space’ held at Tate St. Ives. This highlighted Davie’s works from the 1930’s to the millennium.

Examples of his work are in the collections of the City Arts Centre, Fleming Collection, Harrogate Art Gallery, Jerwood Foundation, Lillie Art Gallery, MoMa, New York, Peterborough Museum & Art Gallery, Tate Gallery, Towner Art Gallery, Ulster Museum, University of Warwick Art Collection, V&A, Worcester Art Gallery and major museums around the world including MoMA, New York. Alan Davies was appointed CBE in 1972, a senior member of the RA in 2012 and a major exhibition of his work opened at the Tate Britain a few days after his death.