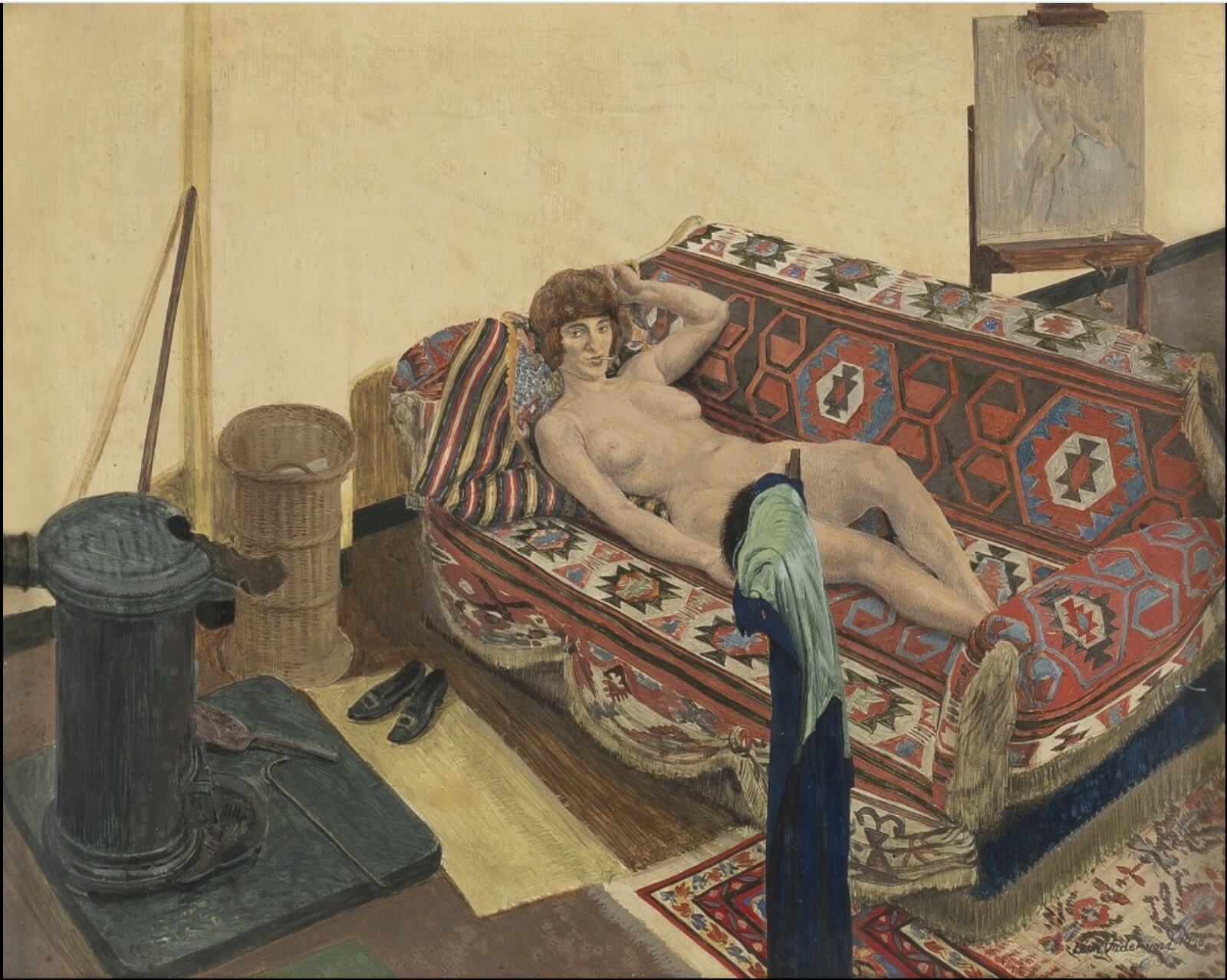 1920, the year in which Underwood painted this studio scene, was  a pivotal one for Underwood.  Having served during WW1 as a Captain in the Camouflage Section of the Royal Engineers, Underwood attended the Slade School of Art for a year’s refresher course and won a  British Prix de Rome scholarship.

The setting for this painting might be his  Hammersmith studio where he set up a private art school, the Brook Green School, which he ran, intermittently, until 1938. He also taught a life drawing class at the Royal College of Art from 1920 until 1923 when he resigned and travelled to Paris and Iceland. 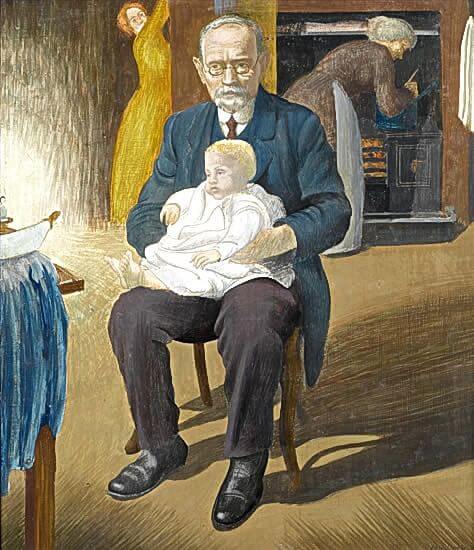 Sculptor, printmaker, painter, designer, writer and teacher, born in London. Studied from 1907-10 at Regent Street Polytechnic School of Art under Percival Gaskell, then a scolarship took him to Royal College of Art, 1910-13, where he was taught painting partly by Gerald Moira. After World War I service in Royal Engineers Camouflage Section, Underwood completed commissioned pictures for Imperial War Museum. From 1919-20 enrolled for year’s refresher course at Slade School of Fine Art, almost exclusively life drawing under Henry Tonks. In 1921 opened Brook Green School, started on two years of constant printmarking and began first major painting, Venus in Kensington Gardens. From 1920 Unerwood had been teaching life drawing at Royal College of Art, but in 1923 he resigned and went to Paris and Iceland on a Rome Prize grant. By then he had had first one-man show at Chenil Galleries, 1922. The 1920s were busy for Underwood: he travelled extensively, notably in Mexico, studying Mayan and Aztec sculpture, and in Spain studying cave paintings; he illustrated a number of books, including his own novel The Cat, with woodcut illustrations; exhibited widely; taught drawing at St Martin’s School of Art; and in 1931 founded and published the magazine The island, to wich such artists as Henry Moore and Eileen Agar contributed. The 1930s saw intense sculpture activity, and in 1934 he published Art for Heaven’s Sake. In World War II Underwood served in Civil Defence Camouflage, 1939-42. After the war he visited West Africa, wrote several books on its art and did first oil paintings on African themes. From the 1950s Underwood was very busy with sculpture again and advocating his cycle of style theory and his use of optimistic subject matter. There was a first full-scale retrospective at The Minories, Colchester, in 1969; the exhibition Mexico and After took place at National Museum of Wales, Cardiff, in 1979; and the Redfern Gallery organised a show in 2004. Tate Gallery holds his work which has been among the most neglected of twentieth-century British art, especially the sculpture. 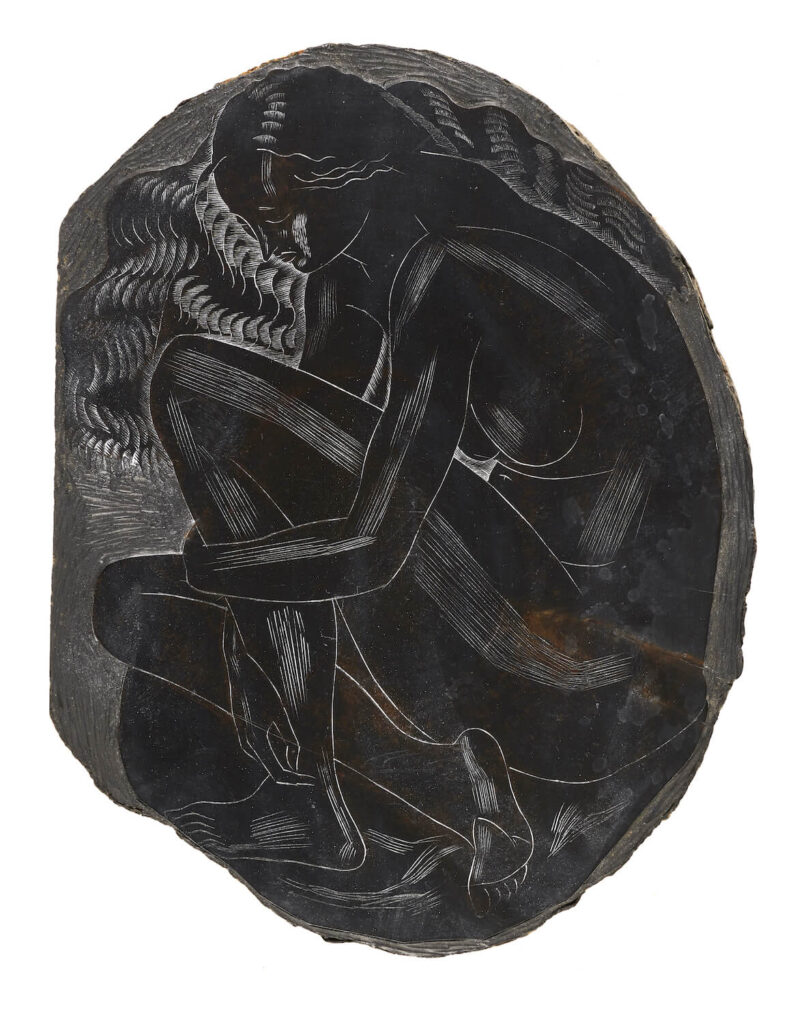