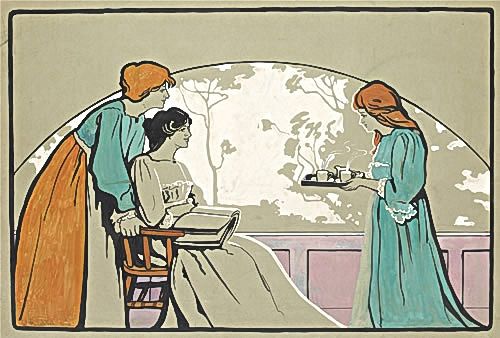 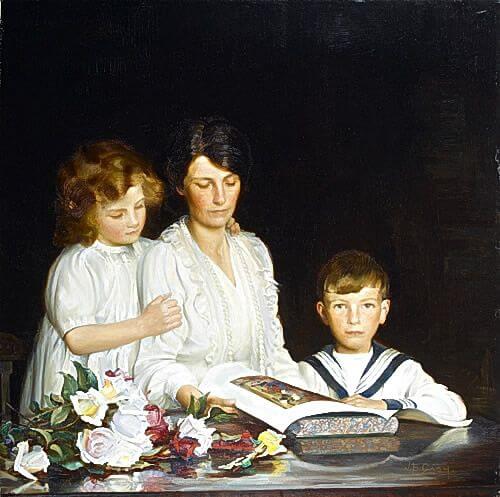 Walter Bonner Gash was born in Lincoln on February 2nd 1869 the youngest of four children. Early in his life, the family moved to Nottingham and it was there that he was brought up and educated.
Although art was not encouraged at his home, records show that his talents developed early. After leaving school, it seems that he worked on the design side in a lace factory. However, the urge to make his career in Art was so strong that he decided to return to the place of his birth and become a student at the Lincoln School of Art. The reward of various prizes and medals while he was there, is proof of his success:
In due course he was advised to further his studies at the Ecole des Beaux Are in Antwerp and this he did in the years 1893 and 94.
Following his return to England and after a spell as an assistant tutor at the School of Art in Lincoln, he moved south to Kettering and that became his home for the rest of his life. He set up a studio there, and continued to develop his own painting while teaching some adult groups and in 1907 taking on the post of Art master at the Old Grammar School.
He married in 1911 Sarah Ann Miles and they had two children – Norman and Margaret. From then on he led a busy life teaching, accepting commissions, mostly for portraits, and exhibited widely in many cities over the country and in London at the Royal Academy of Arts. On a number of occasions his work was also shown at the Paris Salon.
Portraits and general figure subjects, as well as landscapes formed the main part of his output and he appeared to enjoy working as much in water-colours and pastels as he did in oils.