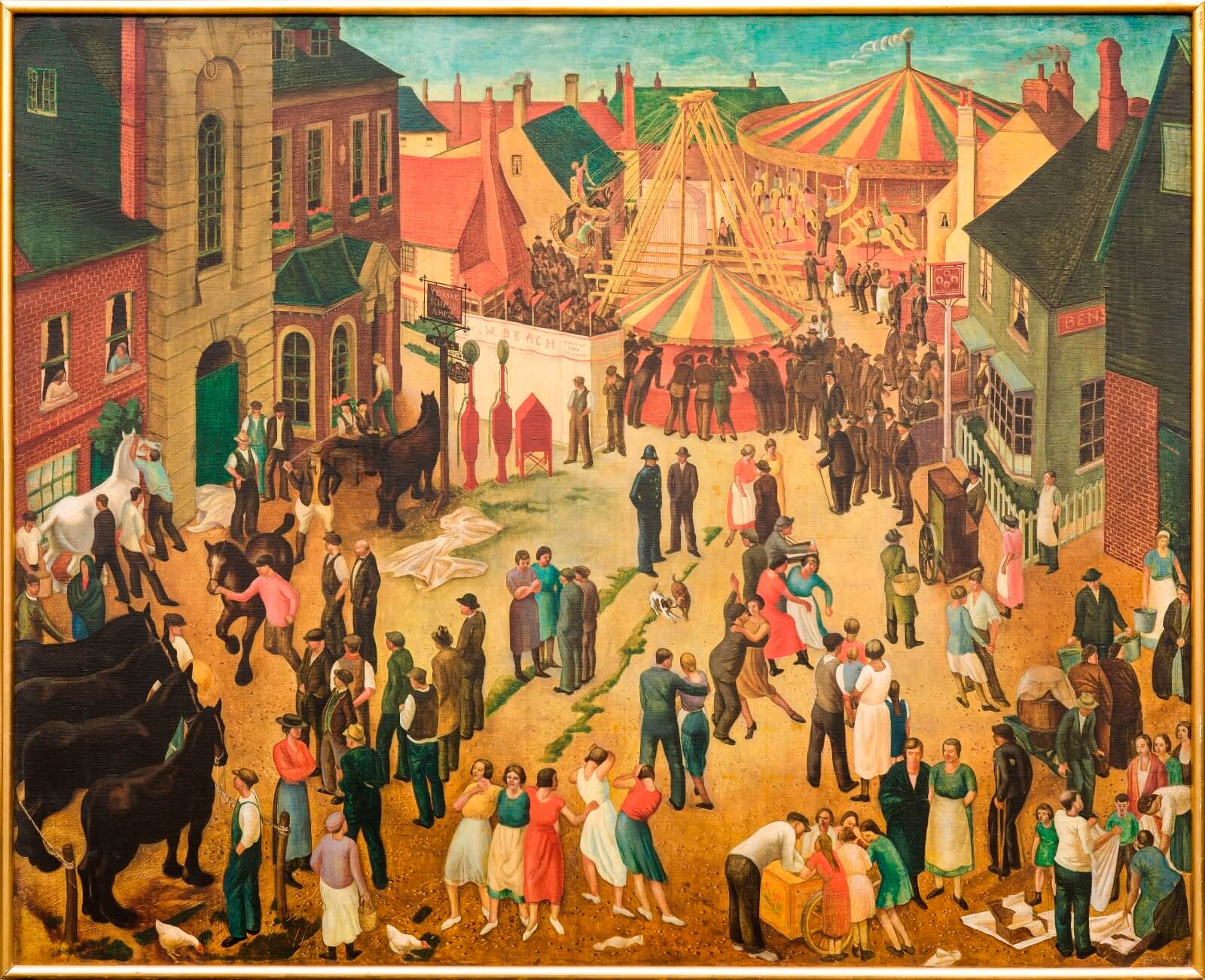 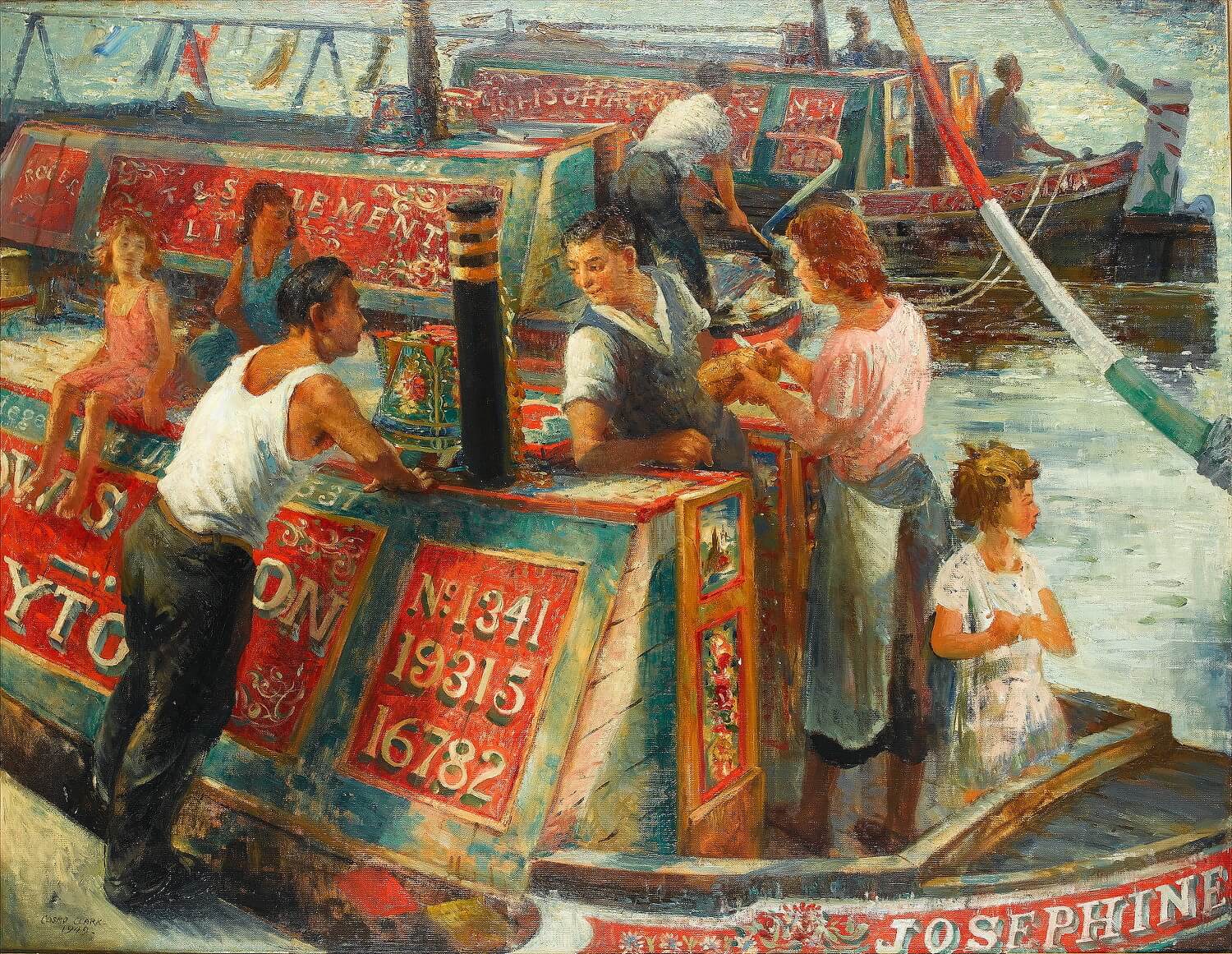 Painter and teacher, born in London. His father was the artist James Clark, his wife the painter Jean Clark. Studied at Goldsmiths’ College School of Art, 1912-14 and 1918, Academie Julian, Paris, 1918-19, and Royal Academy Schools, 1919-21, there winning a gold medal and Travelling Scholarship. Taught at Camberwell School of Arts and Crafts, then was head of Hackney Art School. At one time directed the Rural industries Bureau and was a trustee of the Imperial War Museum. Was elected NEAC, 1946, RWS, 1952, and RA, 1958. Clark, whose work is sometimes similar to that of Edward Wadsworth, exhibited at the RA, NEAC, Leicester Galleries, RI and ROI as well as on the continent and in North America. Huddersfield Art Gallery and the Graves Art Gallery, Sheffield, hold his work. Lived in London. Chappel Galleries, Chappel, held a joint Jean and Cosmo Clark show in 2002. 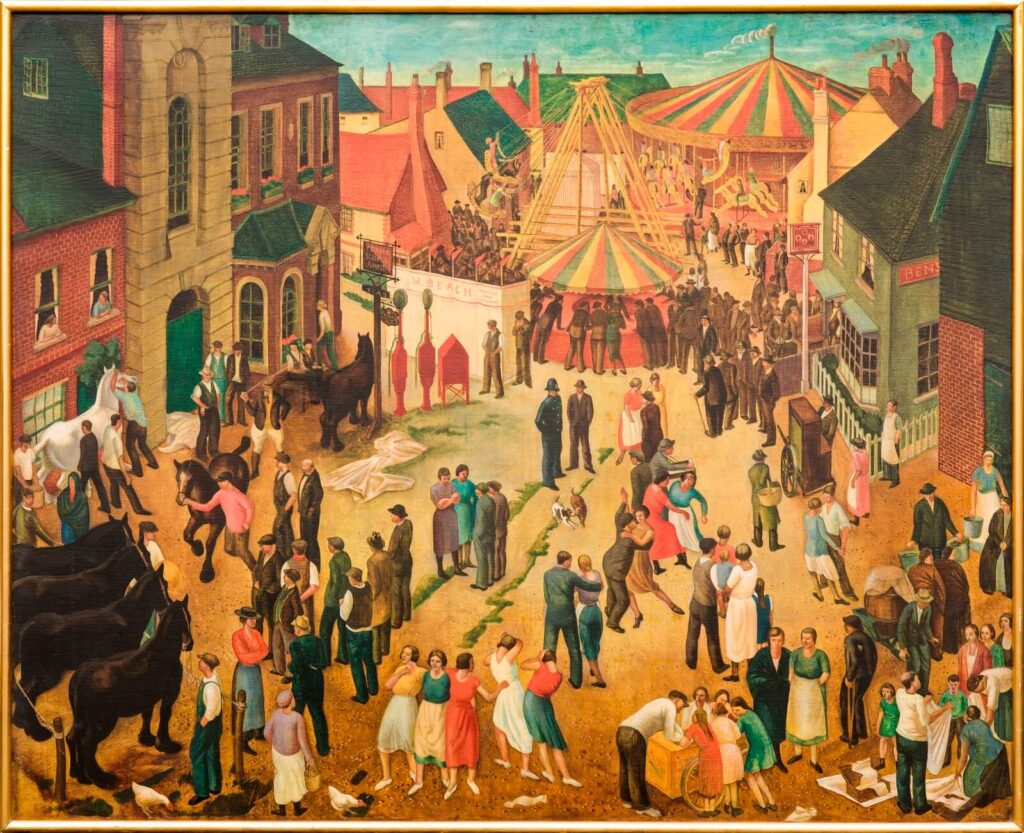