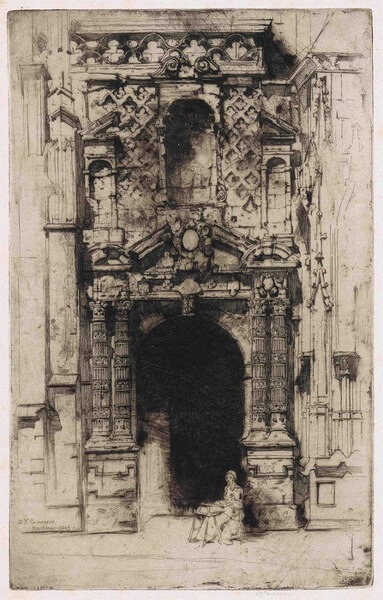 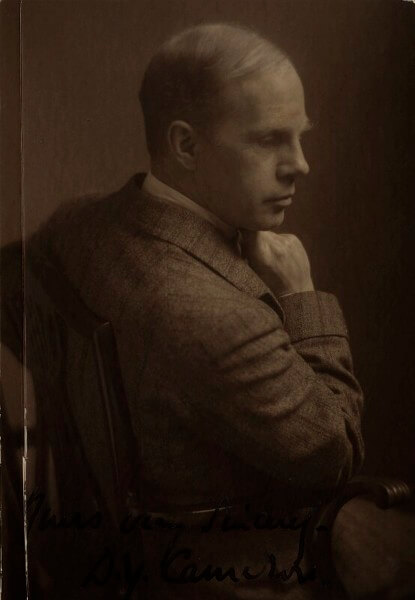 Painter and prolific printmaker, born Glasgow, Scotland. He trained at evening classes at the Glasgow School of Art and then entered the Royal Institution, Edinburgh, 1885. Between 1892 and 1893 he exhibited at the NEAC and became one of Britain’s most prolific etchers. His paintings of Scottish landscapes use boldly simplified shapes and strong colour.

He was elected RE, 1895, RWS, 1906, RSA, 1918 and RA in 1920 and also showed with the Society of Twelve and at Connell & Sons. Knighted in 1924 he was appointed King’s Painter and Limner in Scotland in 1933.
During World War I Cameron was an Official War Artist enlisted by the Canadian Government and his work is in the collection of the Dick Institute, IWM, McLean Museum and Art Gallery, NRM, Stirling Smith Art Gallery and Museum, Tate Gallery, Perth Museum and Art Gallery and the Fitzwilliam Museum, Cambridge. His sister was the painter Katherine Cameron.
With thanks to artbiogs.co.uk
Go to artist page