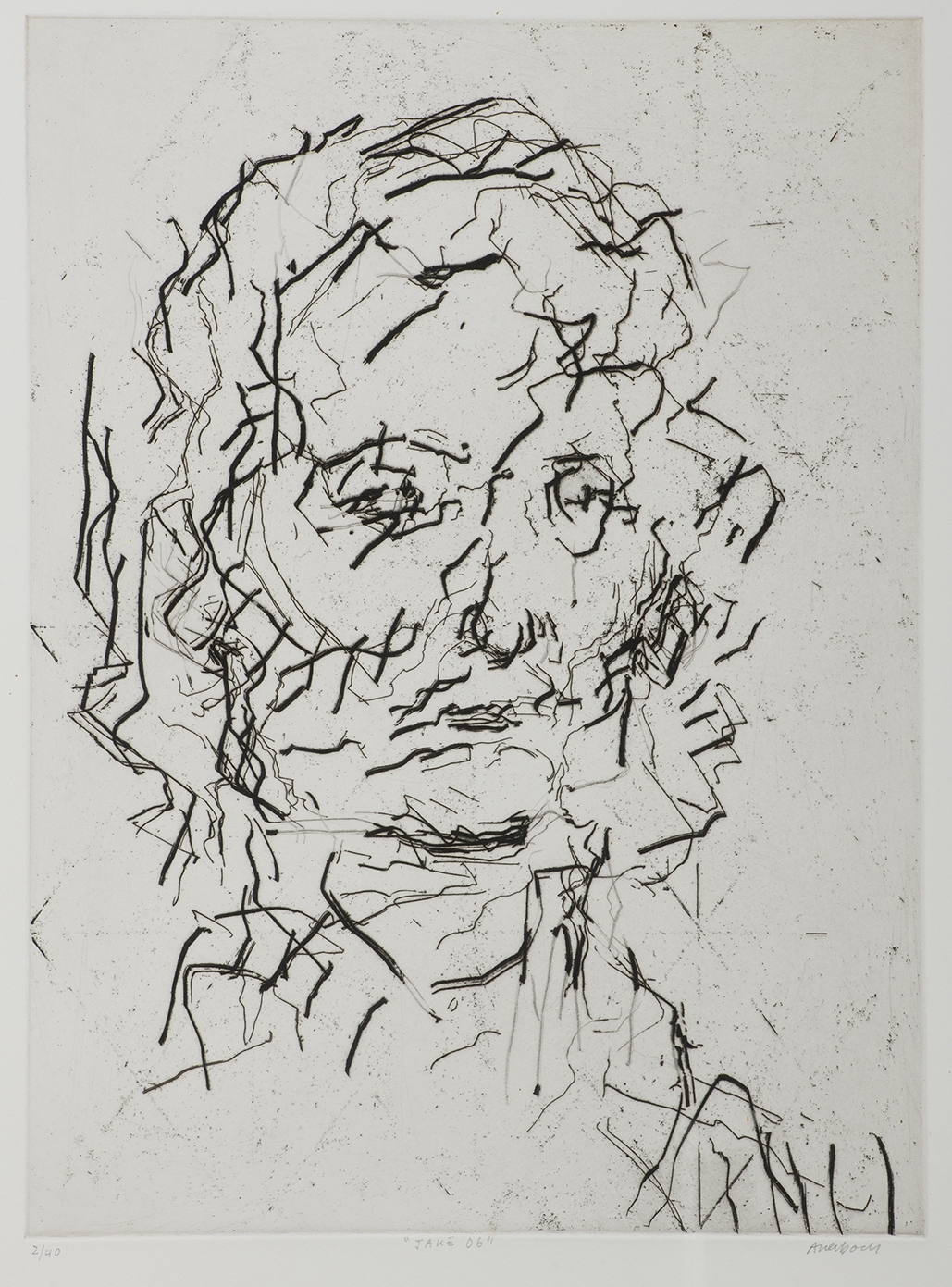 Frank Auerbach is one of Britain’s most celebrated post-war printmakers. He is perhaps best-known for his intimate portraits depicting a select group of close friends and relatives, who have sat for him regularly over numerous years. The subject in this instance is Jake Tilson, himself an artist and printmaker.

Marc Balakjian, whom worked with Auerbach on his printmaking and ran the workshop at Studio Prints, noted that the artist preferred to use a screwdriver instead of a conventional etching needle. Auerbach often employs its flat edge for the broad lines, turning it sideways to get a point in order to make the finer strikes. The artist’s use of line in his printmaking is very distinctive.

Auerbach was born in Berlin of Jewish parents; his father was a lawyer and his mother a former art student. In 1939 he was sent to England to escape Nazism. His parents, who remained behind, died in concentration camps. He spent his childhood at a progressive boarding school, Bunce Court, at Lenham near Faversham, Kent, a school for Jewish refugee children. During the war years the school was evacuated to Shropshire. He attended St Martin’s School of Art, London, from 1948 to 1952, and studied with David Bomberg in night classes at Borough Polytechnic. It was during this period that he developed a friendship with fellow student Leon Kossoff. Auerbach studied at the Royal College of Art from 1952 to 1955. He has used three principal models throughout his career: his wife Julia, who first posed for him in 1959; Juliet Yardley Mills (‘J.Y.M.’), a professional model whom he met in 1957; and his close friend Estella (Stella) West (‘E.O.W.’), the model for most of his nudes and female heads prior to 1973. Rarely leaving Britain, he lives and works in London and has had the same studio since the 1950s. 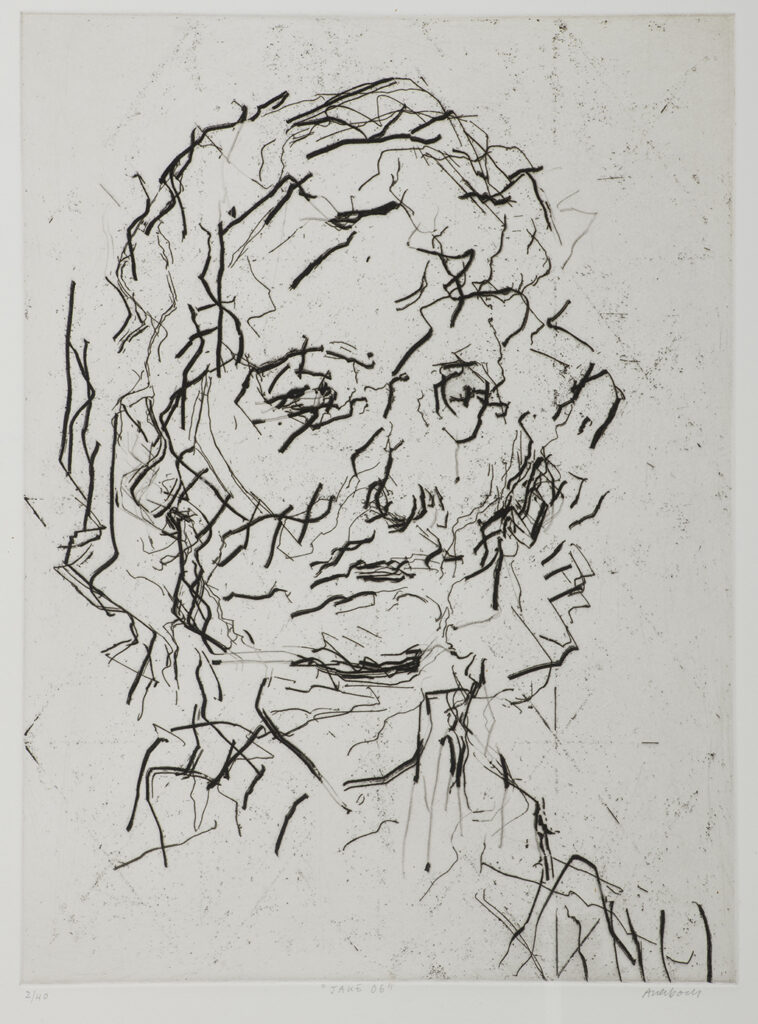