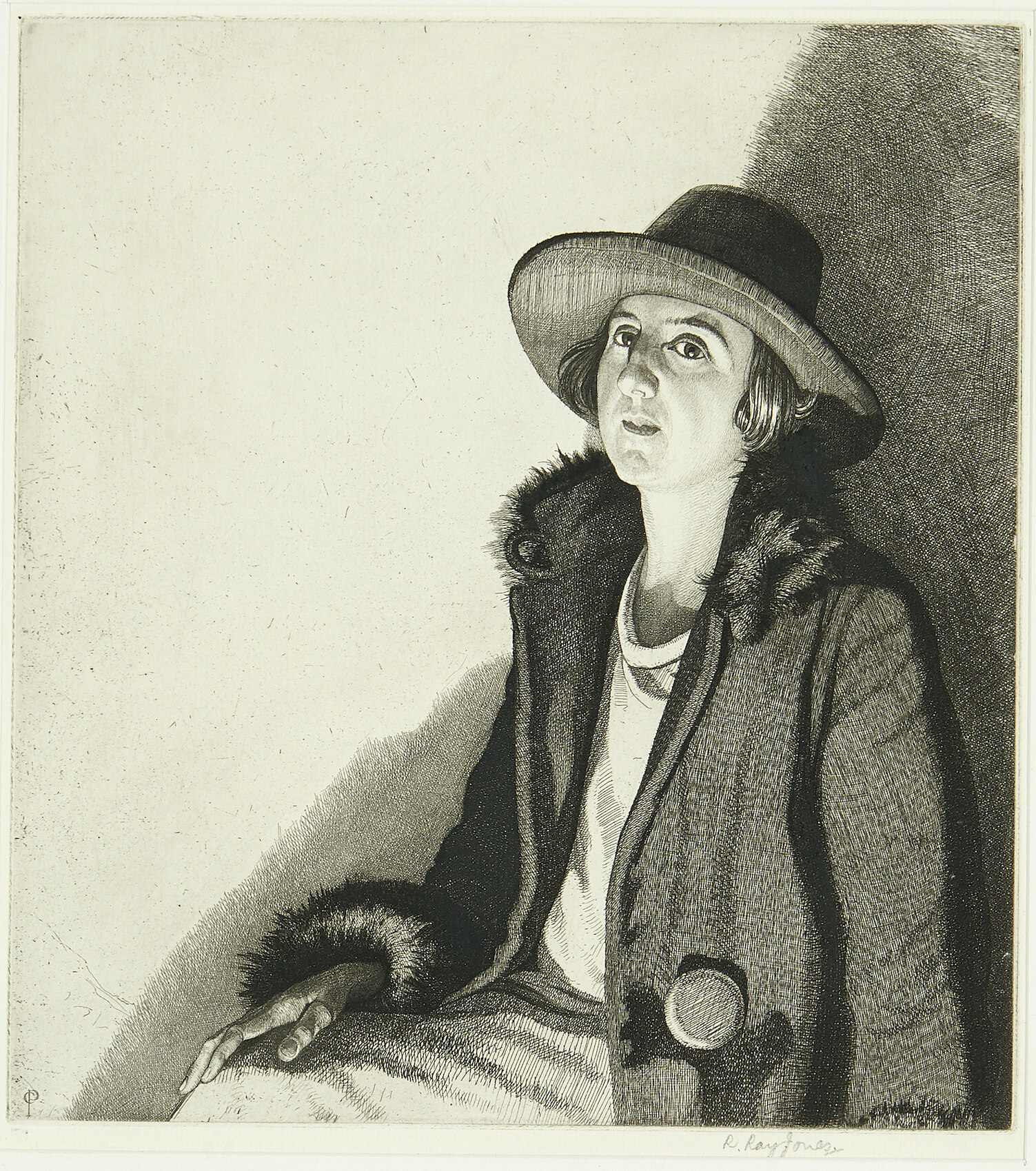 With original printed label to verso

The trial proof of this print is one of two of Ray-Jones’ prints held by the Ashmolean Museum, Oxford. An editioned version of this print can also be found in the Victoria & Albert Museum.

The sitter in this print was the artist’s future wife, Effie Irene Pearce, whom he married in 1926. 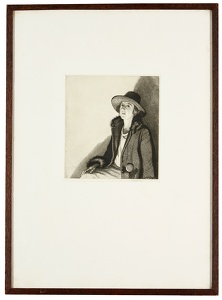 We are grateful to Michael Campbell for assistance 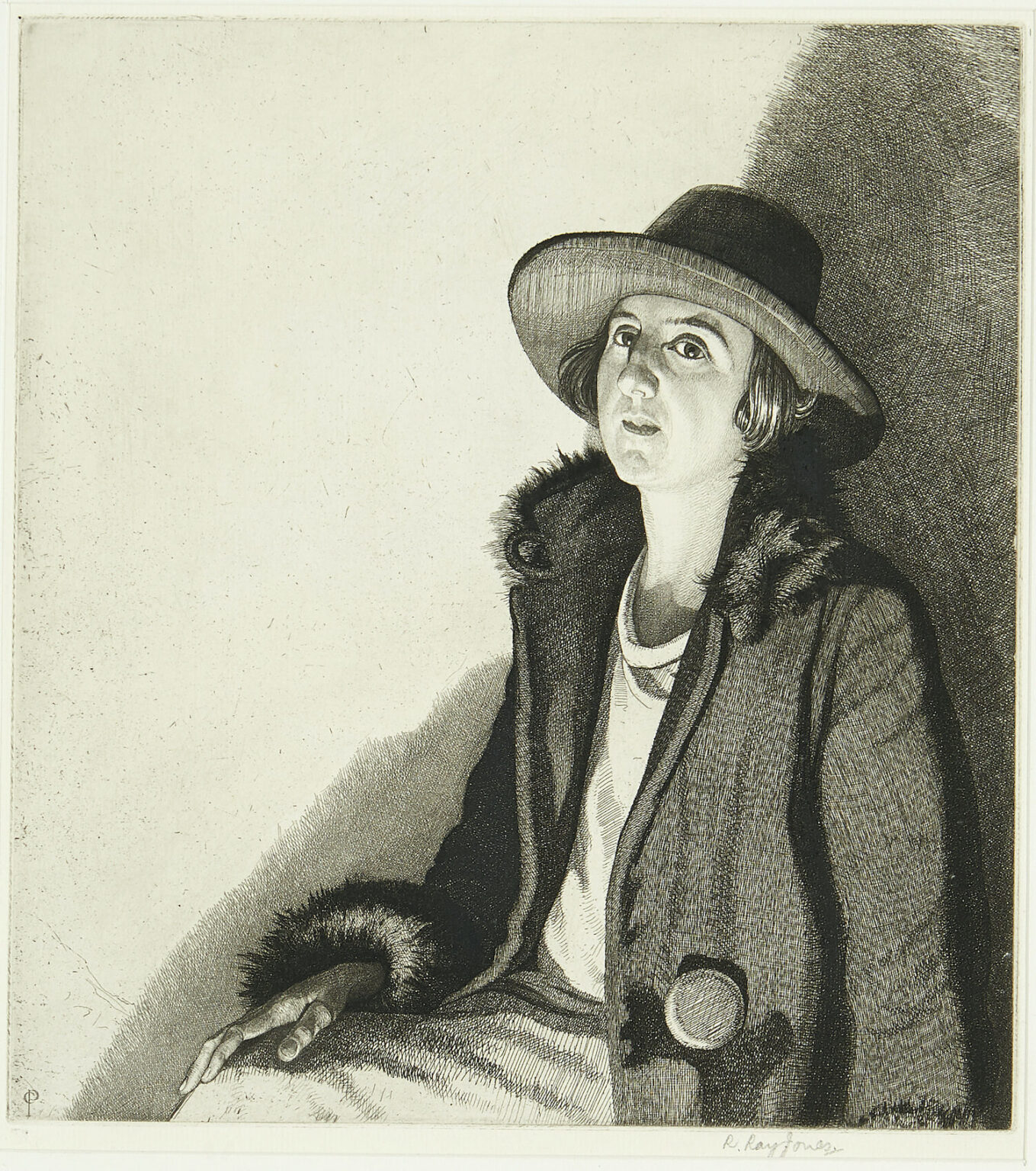 Painter and printmaker, born at Ashton-under-Lyne, Lancashire. His first position following his formative school years was in the drawing office of the National Gas and Oil Engine Company, Ashton and simultaneously he took drawing classes at Heginbottom School of Art, Ashton-under-Lyne. He won a scholarship to the RCA, London where his tutors included Gerald Moira and Frank Short, 1907-11. Ray-Jones furthered his studies in Paris when he entered the studio of Jean Paul Laurens at the Acad mie Julian, Paris in 1911. In Paris, he was awarded prizes and medals for his work.

Raymond Jones worked under his given name up to 1913, and following this, all his works are listed under Raymond Ray-Jones. The name change has caused a degree of confusion, and it is not clear in many catalogues and lists that the two names relate to the same artist. This point is illustrated in the Royal Academy’s exhibitor lists where he is catalogued, separately, as ‘JONES, Raymond’ and ‘JONES, R Ray’, both on the same page. He exhibited at the RA, RE, Leicester Galleries and NEAC and in 1914 was elected an Associate of the Royal Society of Painter-Printmakers. Ray-Jones’ works were exhibited extensively in the UK and overseas, in places as far apart as Dresden, Toronto, Sydney and Dunedin, New Zealand. In 1920 he was a founder member of the Society of Graphic Art and he was elected a Fellow of the Royal Society of Painter-Printmakers in 1926. In the early 1930’s Ray-Jones was living in Carbis Bay, Cornwall and was elected a member of the STISA, 1933-35. Examples of his work are in the collections of the Ashmolean, Oxford, BM, V&A, Manchester City Art Gallery and the Swedish Royal collection. An exhibition of his work was held in 1992 at the Astley Cheetham Art Gallery, Stalybridge. 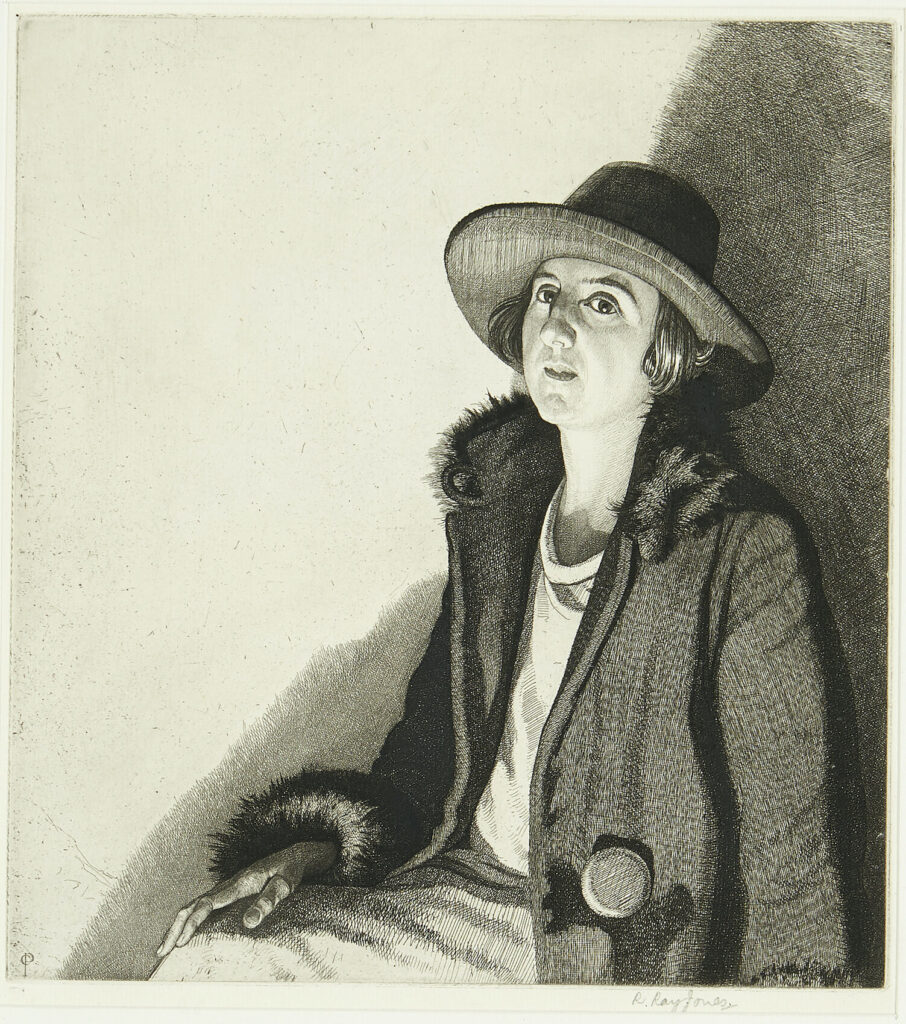 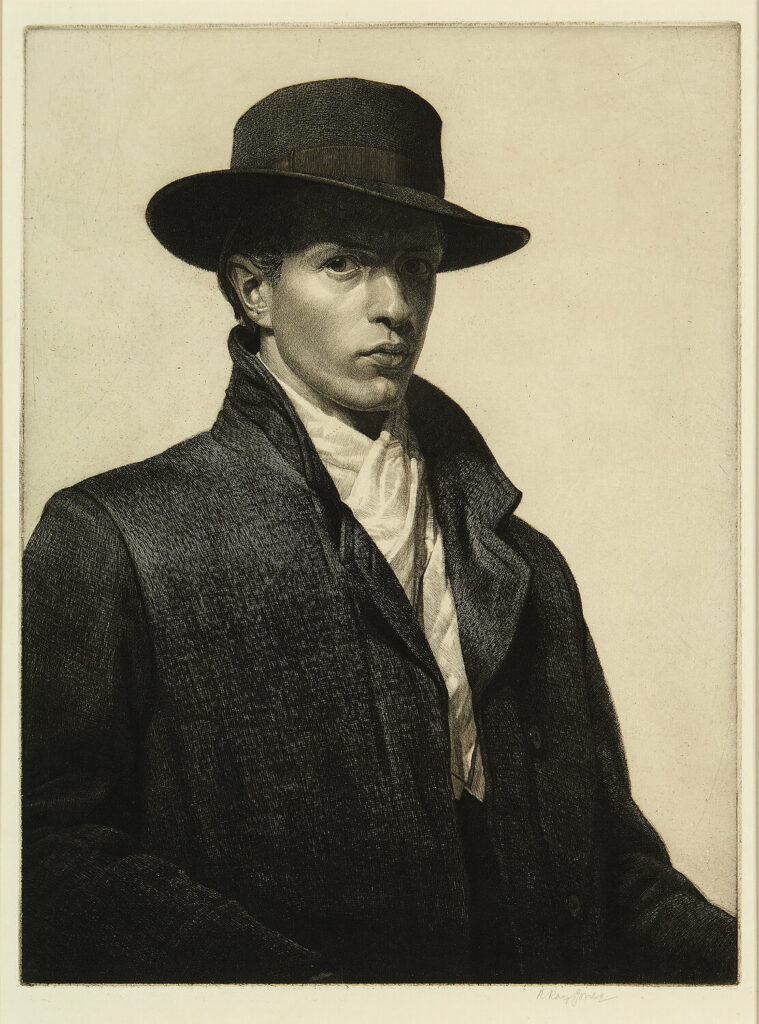