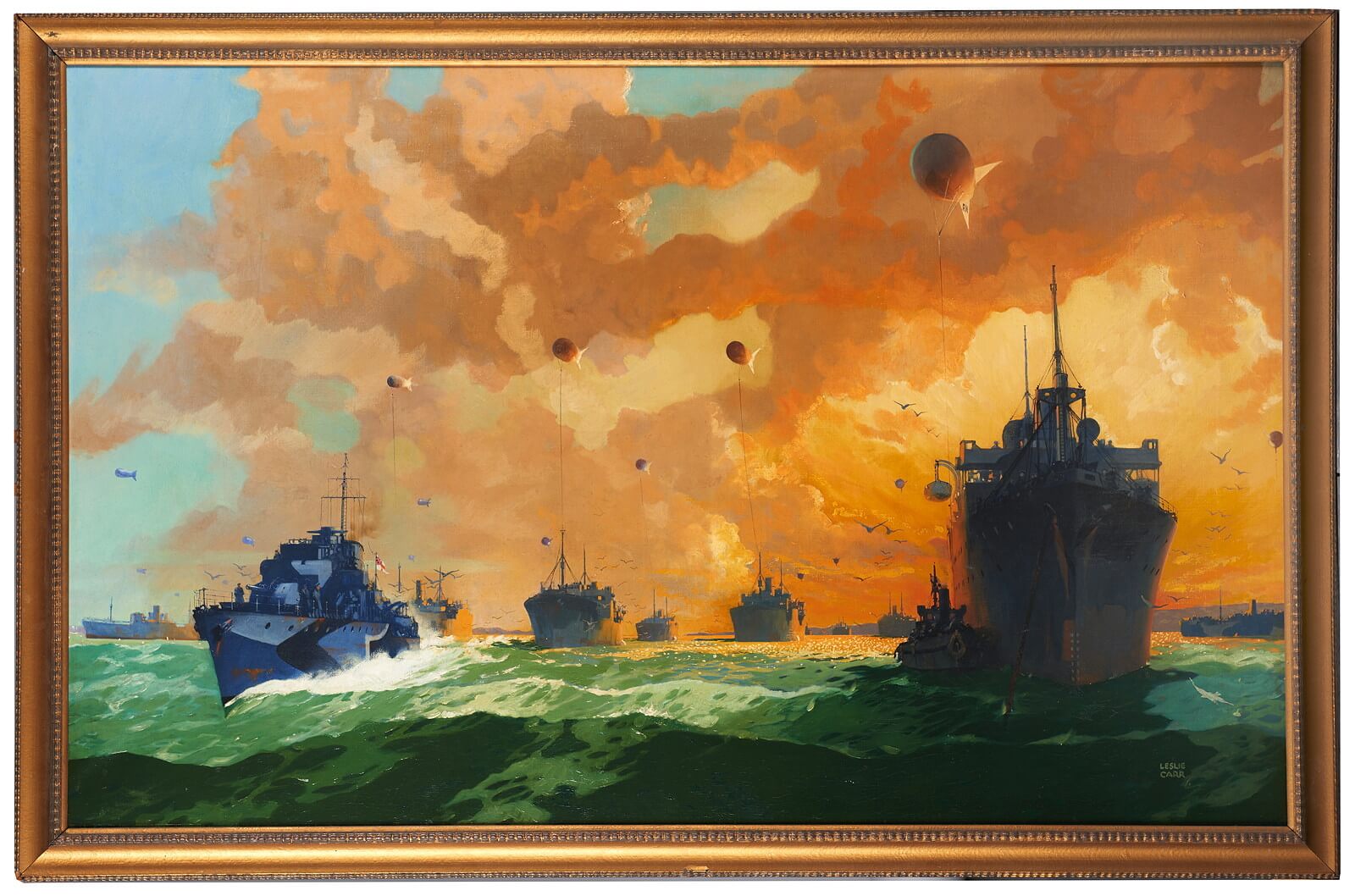 This dramatic World War II scene shows a dazzle camouflaged Royal Navy destroyer (or frigate), with her
white ensign visible at the stern, dashing forward to offer safe passage to various assembled Merchant ships.
The one on the right, with a tug or pilot boat nestling at its bow, has at least one lifeboat swung out – a
precaution taken when travelling in perilous convoys (in case of attack by submarines or aircraft).
Alternatively, the life boat may have been swung out for another reason – these ships are clearly close to
shore and only the Royal Navy ship is shown to be moving. The Merchant ships have barrage balloons
tethered to them to make air attack more difficult, and none has a bow wave. For this reason it is likely that
this painting shows a convey assembled in a British estuary such as the Mersey, getting ready for an outward
voyage to North America, Africa, or the East. The fact that the ships are high out of the water suggests
they’re sailing empty, to return with cargoes of grain, oil, or the numerous provisions required to feed Britain
and fight the war. 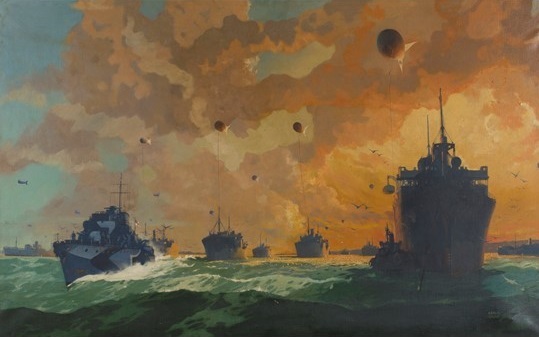 Painter and poster designer. Born in London, during World War I Carr served as a Lieutenant in the Tank Corps. He received no formal art training but naturally talented he went on to design many architectural, marine and river scenes and by the late 1920’s was a successful commercial artist. He also produced numerous posters including for Southern Railway, London & North Eastern Railway and British Railways. He also drew for Morris cars and Motor Magazine and designed the poster ‘Holidays Abroad: Normandy & Brittany’ in 1931, and also designed posters for London County Council Tramways. During World War II, Carr served as a fireman and participated in a number of exhibitions by firemen artists. Carr was a member of the Society of Marine Artists and he died in Hove, Sussex. Examples of his work are in the collection of the London Transport Museum and the NRM. 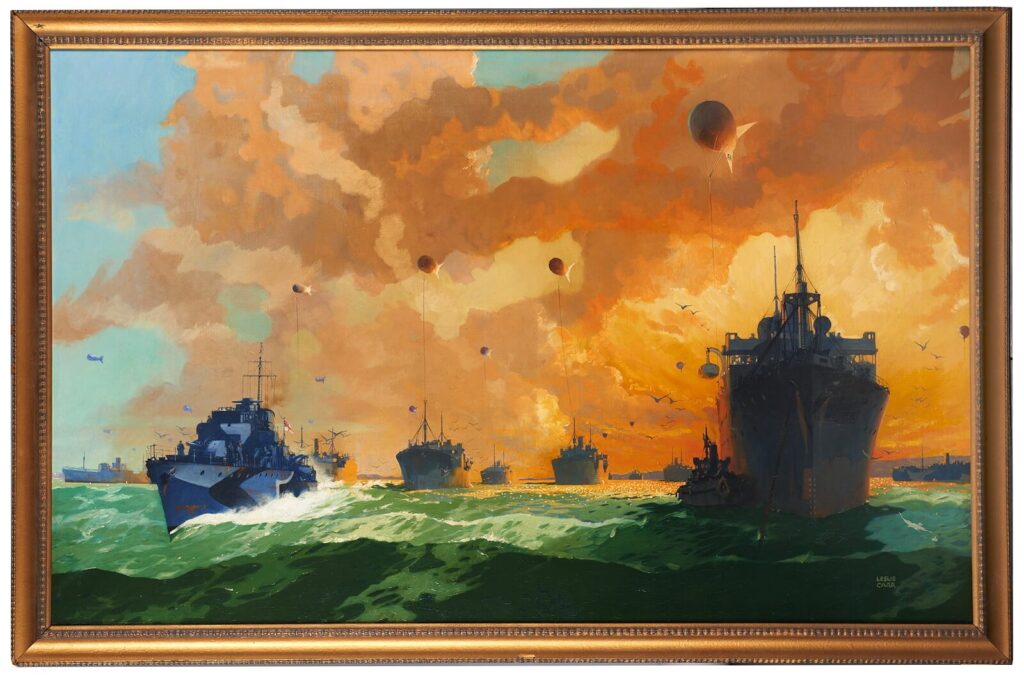