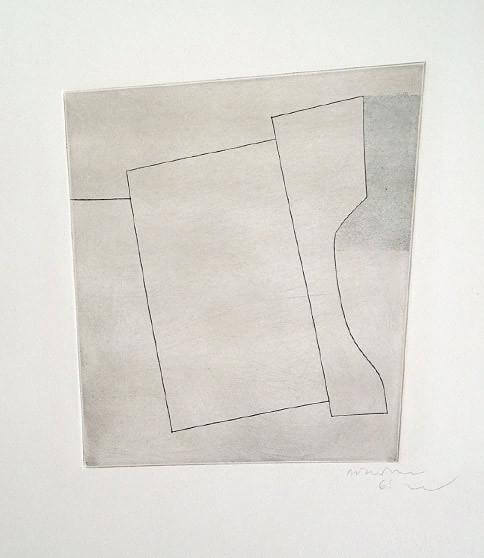 Literature; Lafranca, 26 and Cristea, 111.
Disclaimer:
Liss Llewellyn are continually seeking to improve the quality of the information on their website. We actively undertake to post new and more accurate information on our stable of artists. We openly acknowledge the use of information from other sites including Wikipedia, artbiogs.co.uk and Tate.org and other public domains. We are grateful for the use of this information and we openly invite any comments on how to improve the accuracy of what we have posted. 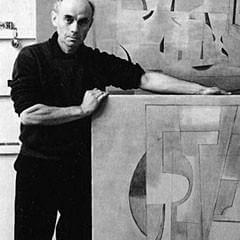 Painter and relief-maker, born Benjamin Lauder Nicholson at Denham, Buckinghamshire the son of artist William Nicholson. He studied at the Slade School, 1910-11 and travelled extensively during the period 1912-18. In 1920 he married Winifred Dacre and held his first solo exhibition in 1922 at the Adelphi Gallery in London.

During the 1920’s Nicholson made regular visits to Paris becoming more influenced by the abstract art he saw there. With Barbara Hepworth, whom he later married, he joined Abstraction-Creation, exhibited at the 7 & 5 Society and was a member of Unit One. In 1937 he co-edited ‘Circle’, a compendium of constructivist art. During the period 1939-58, he lived at Carbis Bay and while there showed with the Penwith Society of Arts. During his stay in Cornwall, he was also associated with the St. Ives School and artists such as Terry Frost, Barbara Hepworth, Roger Hilton, the Martin’s, William Scott, Robert Adams and Adrian Heath in the Constructionism movement.
In his earlier days Ben Nicholson was a prolific exhibitor showing at the Lefevre Gallery, Grafton Galleries, Redfern Gallery, Marjorie Parr Gallery, NEAC, ISSPG, Arthur Tooth & Sons, Grosvenor Gallery, Leicester Galleries, the Walker Art Gallery, Liverpool and latterly at the Crane Kalman Gallery and represented his country at the Venice Biennale on no fewer than six occasions.
Following his divorce from Hepworth, he married his 3rd wife the photographer Felicitas Vogler and lived in Switzerland. He was the father of triplets with Hepworth, Sarah, Simon and Rachel Nicholson born in 1934 the latter two of whom also became accomplished artists.
By this time Ben Nicholson had already fathered artist Kate Nicholson with his first wife Winifred. Nicholson was a founder member of the Crypt Group with his wife but resigned in 1949 two years after its formation.
His work is in all major art collections around the world including Bolton Art Gallery, Cecil Higgins Art Gallery, Falmouth Art Gallery, Fitzwilliam Museum, GAC, Glynn Vivian Art Gallery, Hepworth Wakefield, Hull University Art Collection, Kettle’s Yard, Laing Art Gallery, Leeds University Collection, MIMA, MoMA, New York, Pallant House Gallery, Pier Arts Centre, Swindon Art Gallery, Tate Gallery and the Whitworth Art Gallery, Manchester.
With thanks to artbiogs.co.uk
Go to artist page