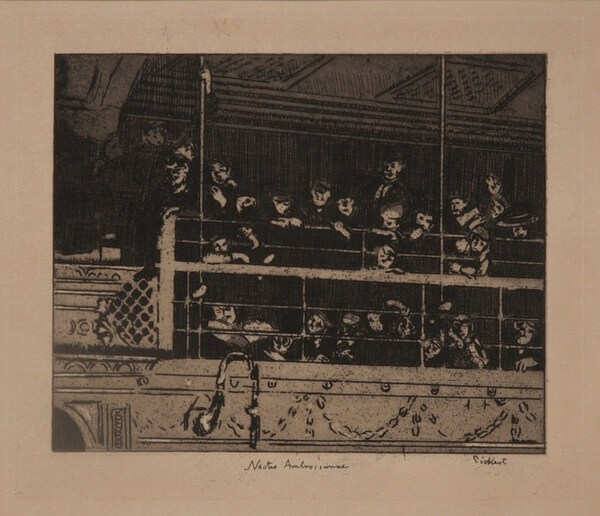 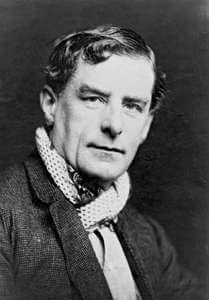 Painter and etcher who was born in Munich, Germany, the son of a Danish-German artist Oswald Adalbert Sickert (1828-1885) and the elder brother of artist Bernard Sickert. The family moved to England in 1868 and after a brief career as an actor in a repertory company, Sickert studied at the Slade, 1881-82 and afterwards worked as an assistant to Whistler. He also attended Heatherley’s School of Fine Art, 1908-12 and again from 1915-18. Sickert went on to become an influential teacher at Westminster School of Art.

Degas was to prove a crucial influence and Sickert became obsessed, less with style than with method and the construction of a picture. His cosmopolitan background and desire to teach made him an influential figure and after periods abroad in Venice and Dieppe, he returned to London and founded the Fitzroy Street Group which in 1911 changed its name to the Camden Town Group. Sickert believed that poetry and beauty could be found in the overlooked and often grimy run-down corners of London, in seedy lodging house interiors and the back streets of Camden.
He was particularly fond of music halls and the working-class culture they encouraged and some of this phase of his work was reproduced in Colour Magazine. His work was also seen in Coterie magazine and Art & Letters. Sickert was made an Associate of the Royal Academy in 1924 and a full member a decade later. His late work made use of photography for his subject matter and this phase of his work is often derided.
With thanks to artbiogs.co.uk
Go to artist page