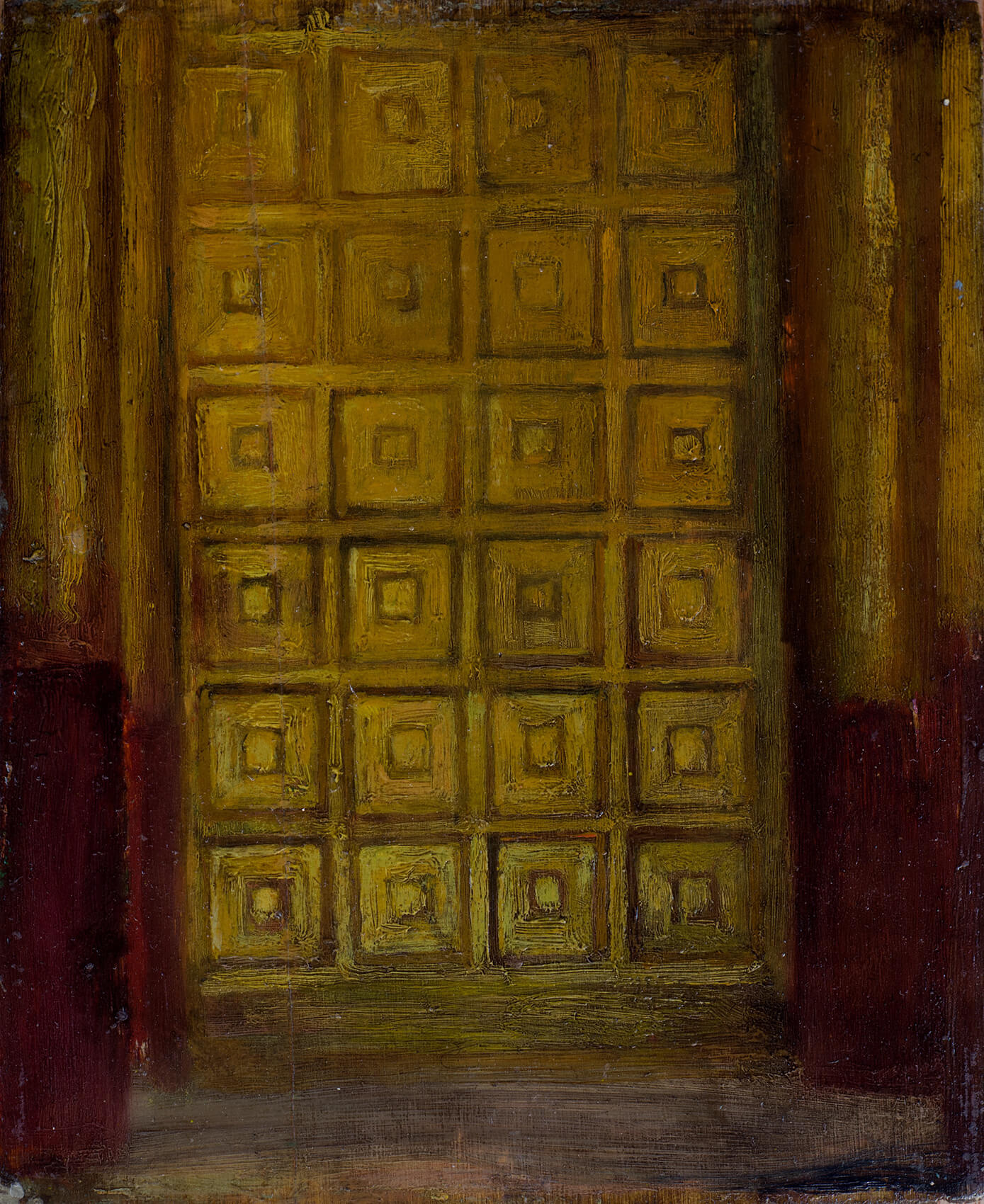 Inscribed with title on reverse

Kelly first visited Mandalay, Burma, between 1908 and 1909, to recover from an unhappy love affair. This was at the suggestion of (and partly funded by) his friend Somerset Maugham. Of Mandalay, Kelly wrote: ‘Try and imagine how beautiful it was. A square mile surrounded by high, rosy brick walls and sunrise and sunset all over it.’ (Derek Hudson, For Love of Painting: The Life of Sir Gerald Kelly, 1975, p. 31). On arriving in Mandalay, Kelly set up his headquarters in the house of the District judge, and travelled up and down the Irrawaddy by steamer and rode inland by pony. Kelly made a good number of small plein air landscape sketches during his six month stay in Burma but larger landscapes on canvas (such as these) are rare. Their scale gives an added intensity to the shimmering colours. These two landscapes remained in Kelly’s studio, the contents of which were left in Kelly’s will to his assistant the painter John Napper. Of Kelly’s working method Napper recalled: ‘His slow painstaking methods made sure that there was always work in hand in the studio: portraits, landscapes, Burmese dancers, still-lives, started sometimes many years previously, would be got out, washed down, worked on, put away, and so on.‘ (Quoted Derek Hudson, p. 59).

Painter in oil of portraits and landscapes. Born in London, he was educated at Cambridge University, later living and studying art in Paris. Whistler was an early influence. Kelly was an enthusiastic traveler, visiting among other countries Spain, America, South Africa and Burma, where he painted some of his most characteristic and charming figure studies. He became known as a sound academic painter of attractive children and elegant women. His sitters included Somerset Maugham, whom he painted several times, and he undertook numerous state portraits. Kelly is represented in many public collections, including the Tate Gallery, which holds seven works. He had retrospective exhibitions at the Leicester Galleries in 1950 and in 1957 at the RA. He was elected RA in 1930, was the Academy’s keeper 1943-45 and President, 1949-54. Kelly held a number of official positions, such as his membership of the Royal Fine Arts Commission, 1938-43, and was knighted in 1945. Between 1909 and 1970 Kelly exhibited over 300 works at the RA. During his lifetime his work became well known through popular prints. Since his death however – and in spite of his technical brilliance and colourful, wide-ranging subject matter – his reputation has stagnated.

The artist John Napper worked as his assistant. 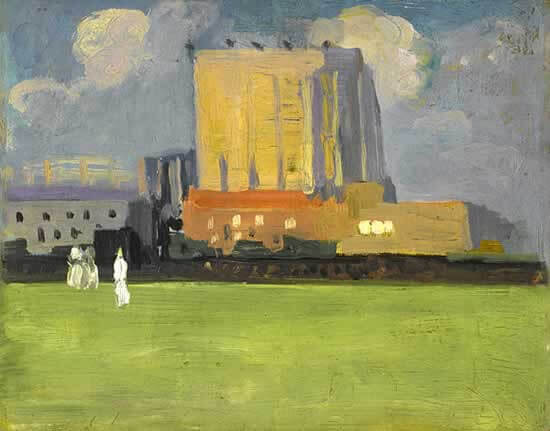 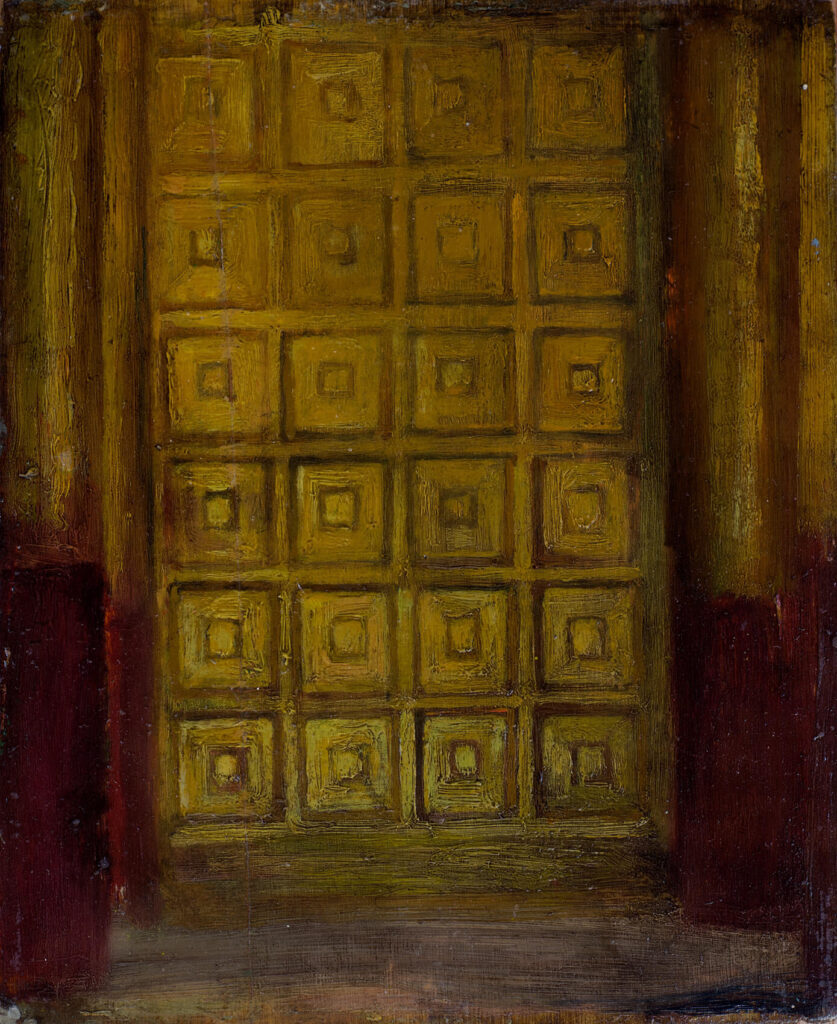 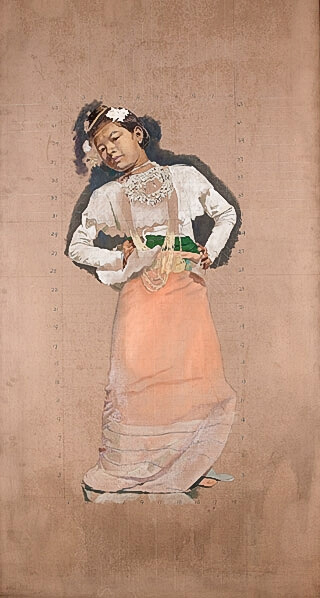