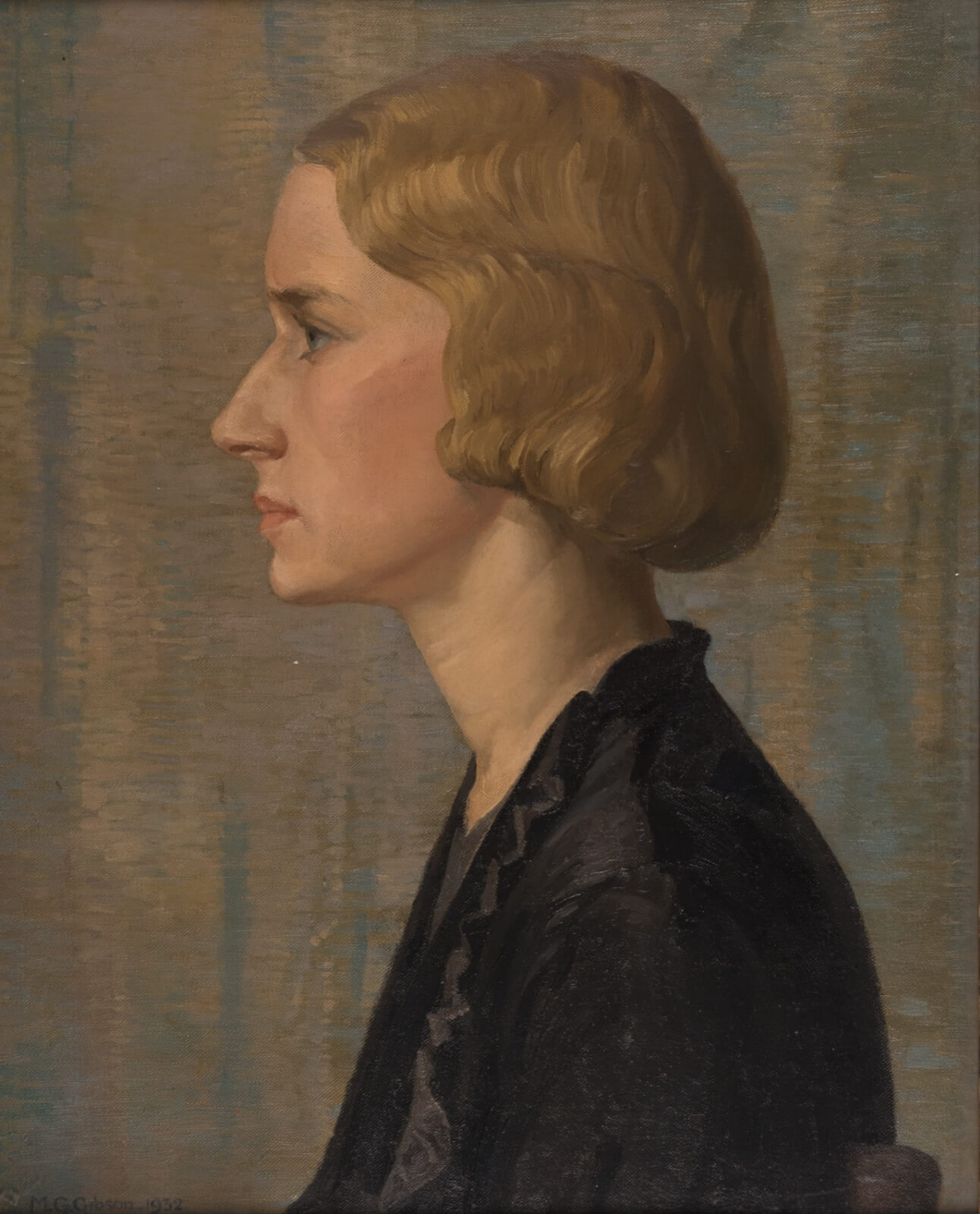 Rose Gwynneth Cobden Holt  (1909-1995) was a sculptor, in a variety of media including ivory who was born in Wednesbury, Staffordshire the daughter of a butcher. She studied at Wolverhampton School of Art, 1925-30 under Robert Emerson and at the Royal College of Art under Richard Garbe. Gwynneth Holt was married to the former President at the RBS, T.B. Huxley Jones and with him exhibited at the Aberdeen Artists’ Society, RA, RBSA, Royal Glasgow Institute of the Fine Arts, Royal British Society of Sculptors, Royal Scottish Academy, Society of Portrait Sculptors, Society of Scottish Artists and the Scottish Society of Women ArtistsHolt was a Fellow of the Royal British Society of Sculptors and an Associate of the Royal Birmingham Society of Artists. Examples of her works are in St Felix’ School in Southwold, St Margaret Church, Downham, St. Mary’s, Broomfield, Essex and the Church of the Immaculate Conception, Chelmsford. Others are held by Aberdeen Art Gallery, Leamington Spa Art Gallery, Newport Art Gallery and Wolverhampton Art Gallery.

Holt served as the  model for this  painting  and a related on of the Virgin, now in the collection of Wolverhampton Art Gallery 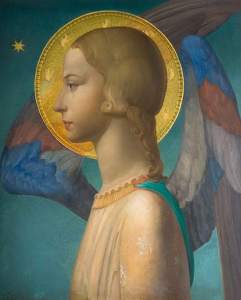 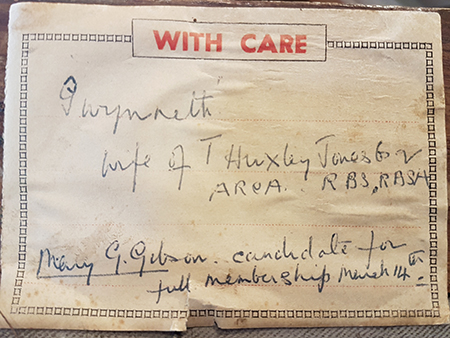 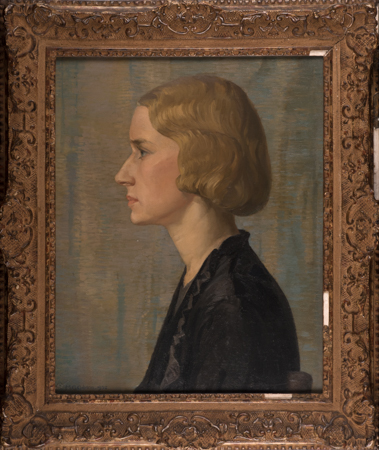 We are grateful to Daniel Dullaway for assistance. 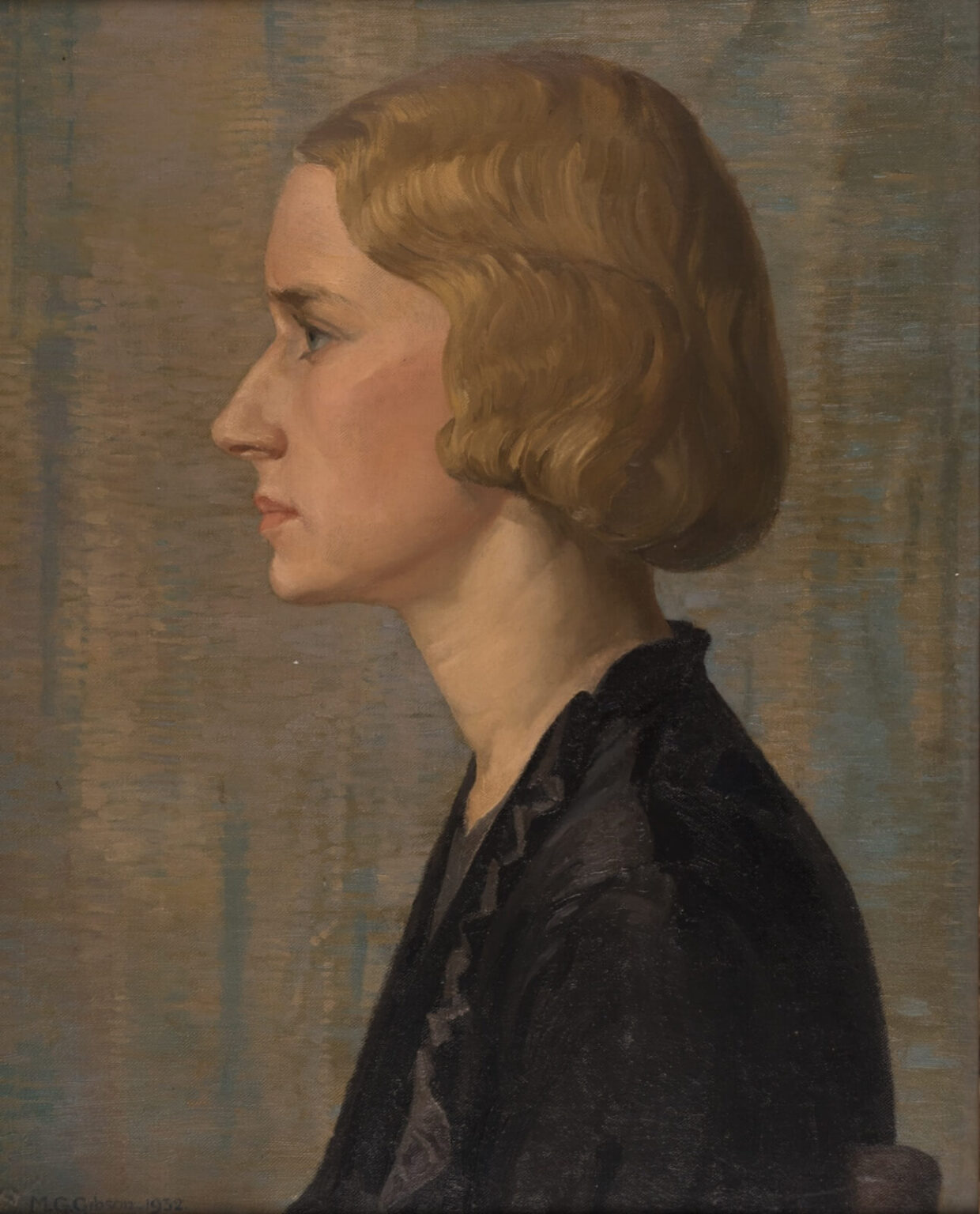 Mary Gibson was born in Wolverhampton the daughter of a pharmacist and studied at her local School of Art and at the nearby Birmingham School of Art. She was subsequently active as an artist from c.1912 onwards and showed her work as a painter, bookbinder and leather worker at the Royal Academy, Royal Birmingham Society of Artists, and at the Walker Art Gallery. She also taught leatherwork design and bookbinding at Wolverhampton School of Art.

Gibson was active as an artist until at least the early 1940’s and her death was recorded in Devon. Wolverhampton Arts and Heritage have a painting by her in their collection.

Her unusual middle name is sometimes wrongly spelt as ‘Gwenllian’. 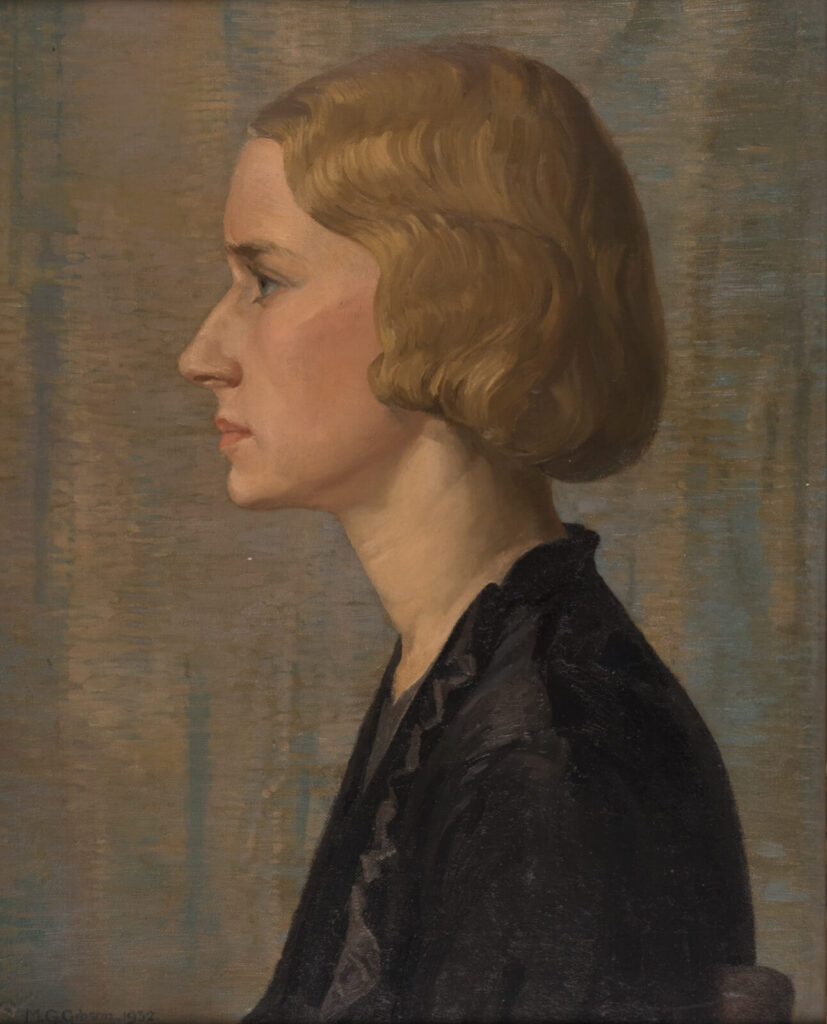