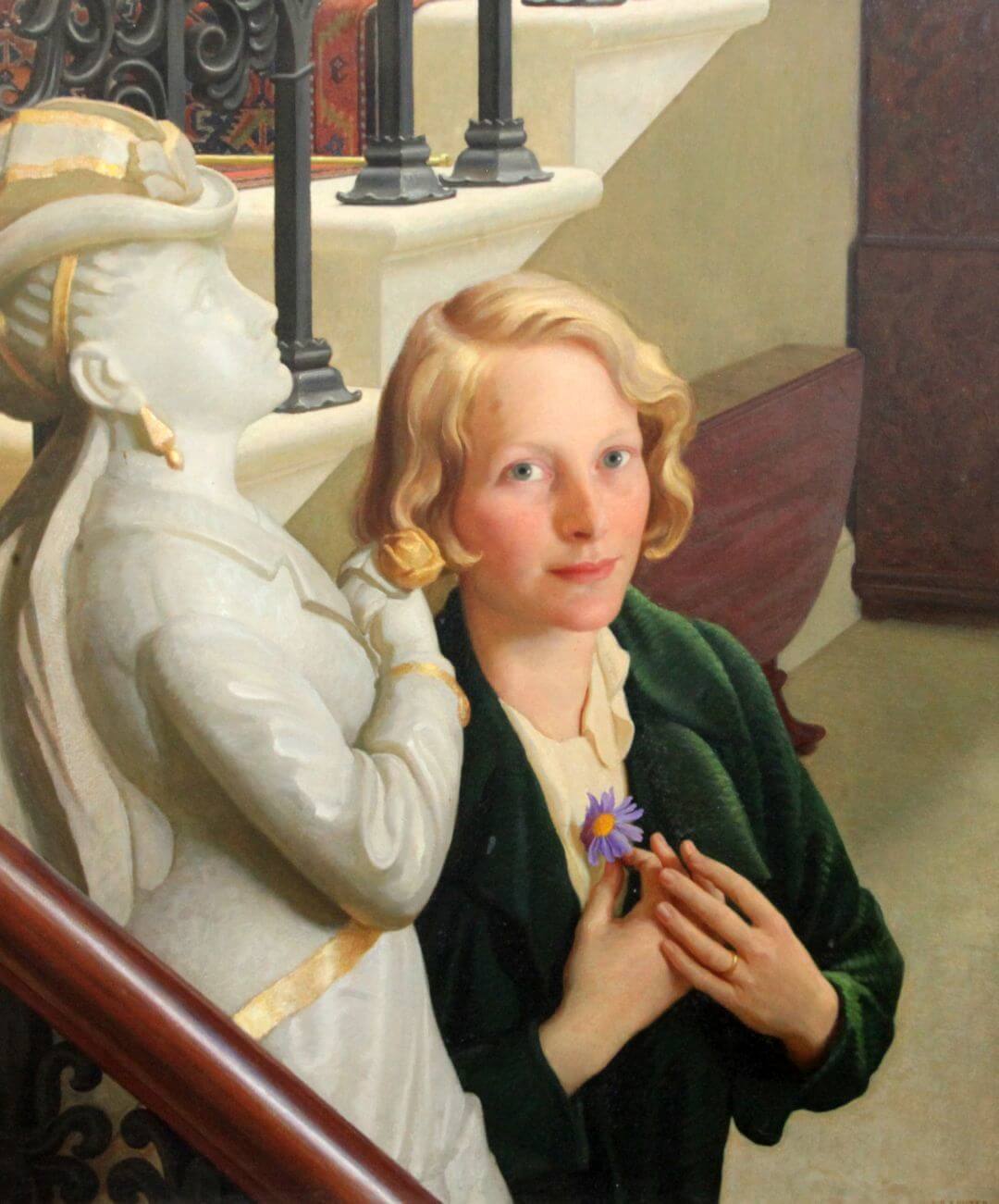 Portrait of the Countess of Cranbrook 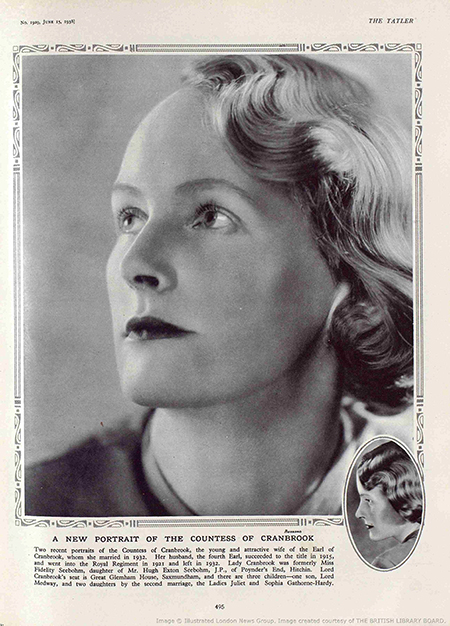 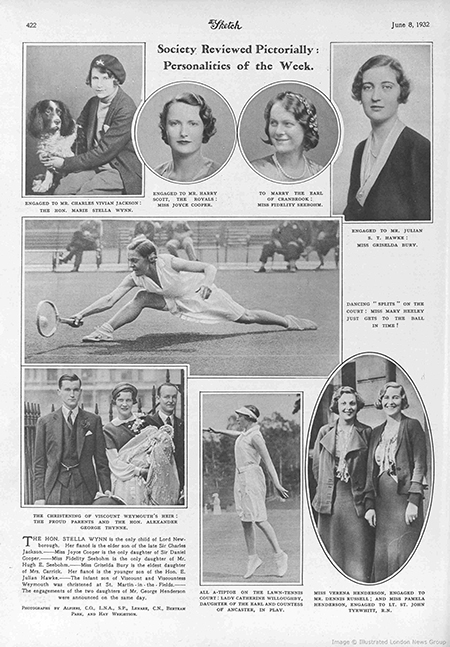 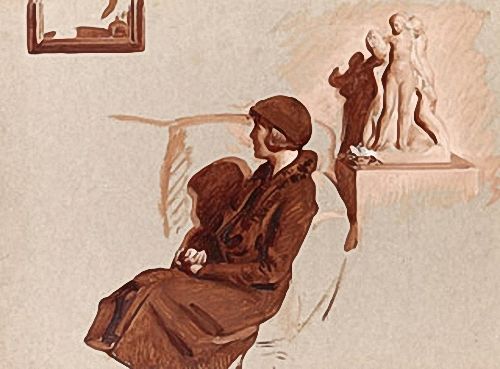 Painter, draughtsman, printmaker and restorer, born in Aberdeen, Scotland. Trained at Gray’s School of Art Aberdeen and the Alan Fraser School of Art, Arbroath. A travelling scholarship allowed to him to work extensively on the continent, where he was especially influenced by Velasquez, Chardin, and Vermeer. During World War I he served as non-combatant in Royal Medical Corps, then married and moved to London. By this time he had established himself as an RA exhibitor, and in the period after the war he made a name as a portrait painter, his subjects including stage personalities such as Ivor Novello, Gladys Cooper and Fay Compton as well as notables in public and academic life. In 1926 Souter’s picture The Breakdown caused a stir at RA, depicting a negro jazz musician, a naked white girl dancer and a broken classic statue. Souter consolidated his reputation with exhibits at the Redfern Gallery, Fine Art Society, RSA and elsewhere. In World War II he worked in the Censorship Department, London, as a translator and restored paintings at Windsor Castle. In 1952 he returned to Aberdeen. His work is in public collections in Edinburgh and Manchester. 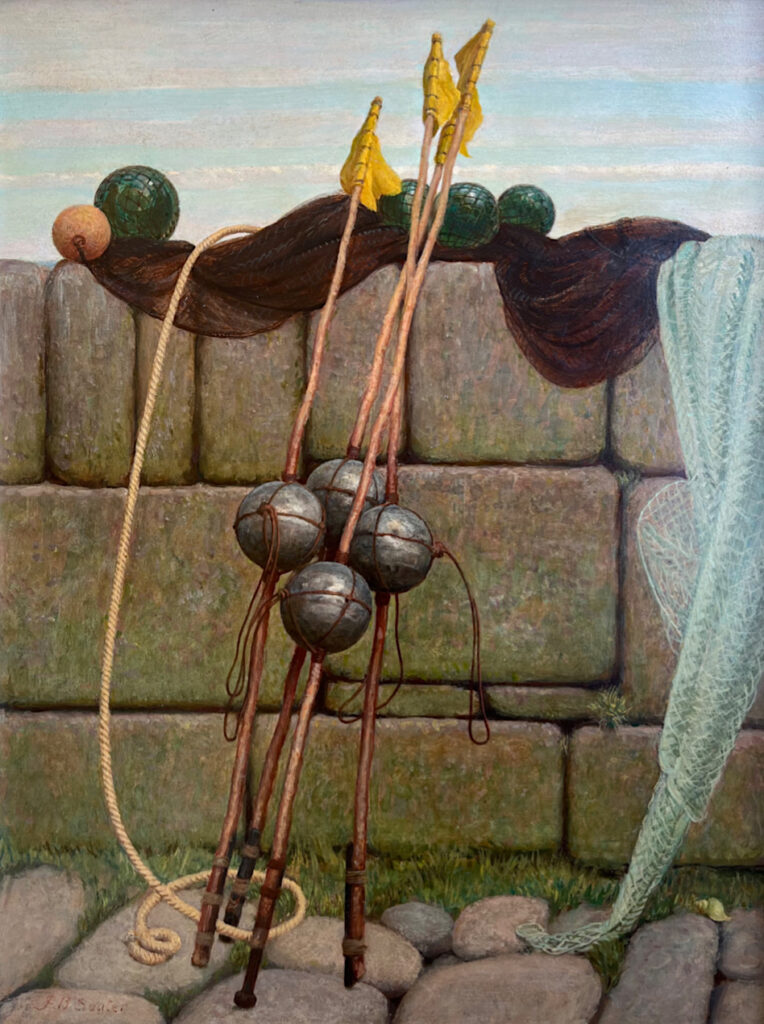 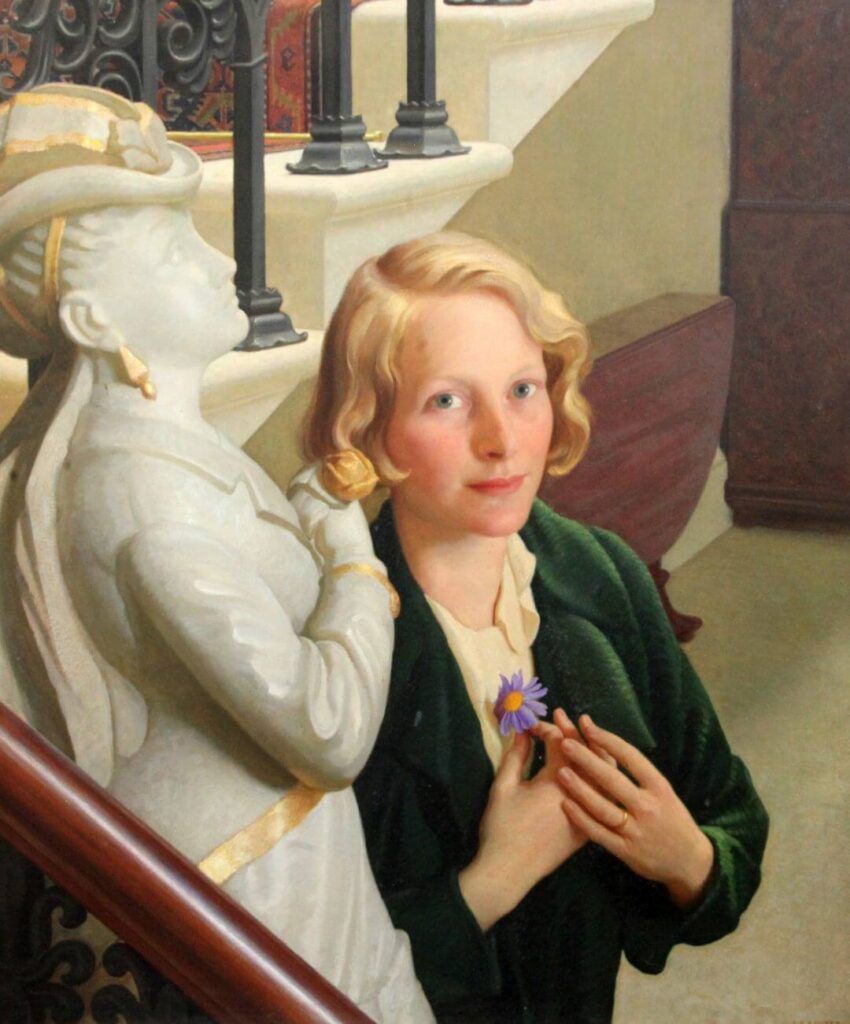