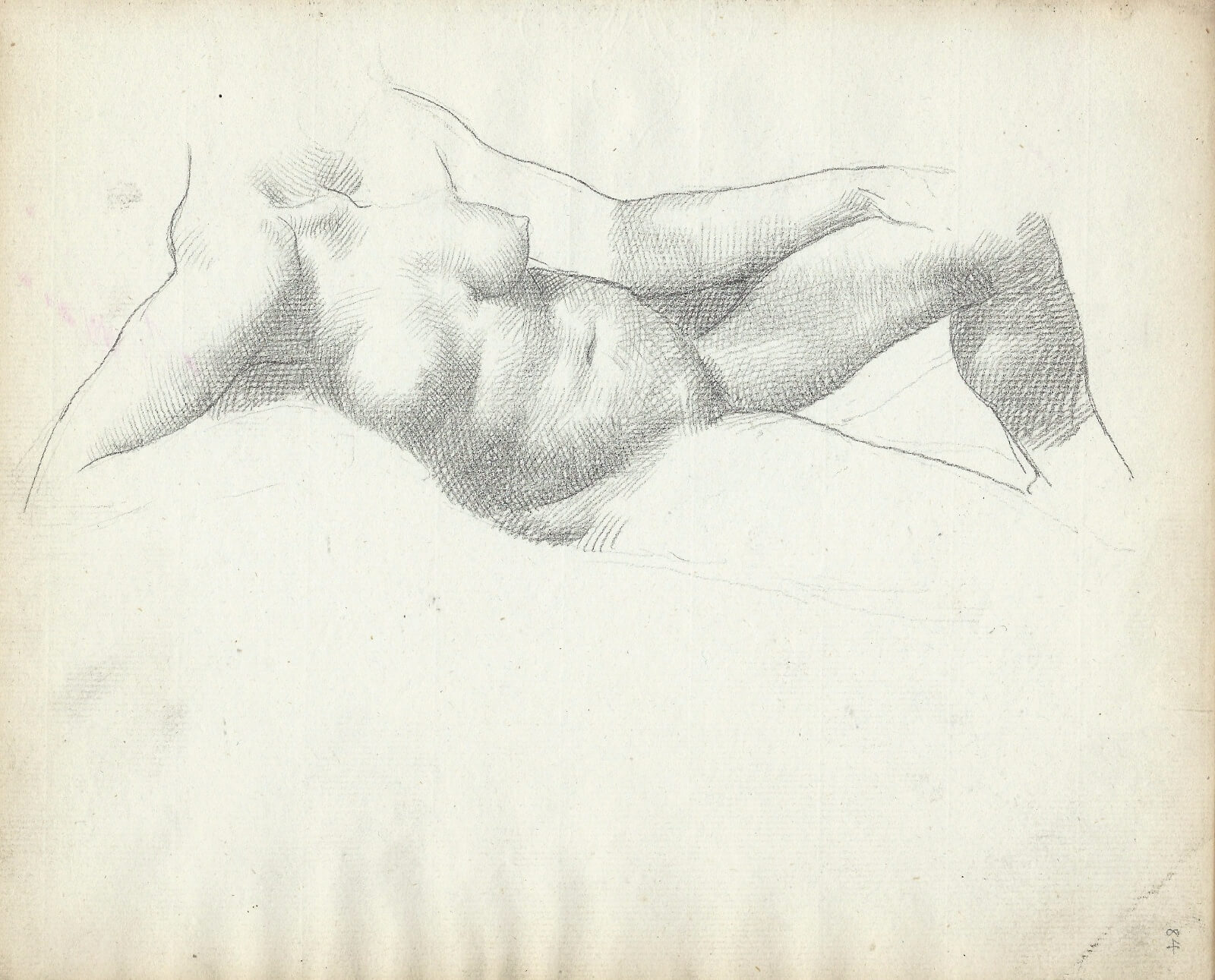 SKU: 7273
Pencil with touches of silverpoint.

At the Slade Strang studied for 6 years under Alphonse Legros, Slade Professor from 1876 to 1883, an early champion of the metal-point revival.   Strang became assistant master in the etching class and one of the principal practitioners of the demanding medium of metal-point during its short-lived revival in the late 19th and early 20th centuries (until this time it had hardly been used since the early 16th century). He exploited metal-point’s capacity to express romanticised prettiness in soft, silvery tones. Technically brilliant, Strang drew at he engraved creating areas of tonality through a system of parallel lines, hatching and cross hatching. 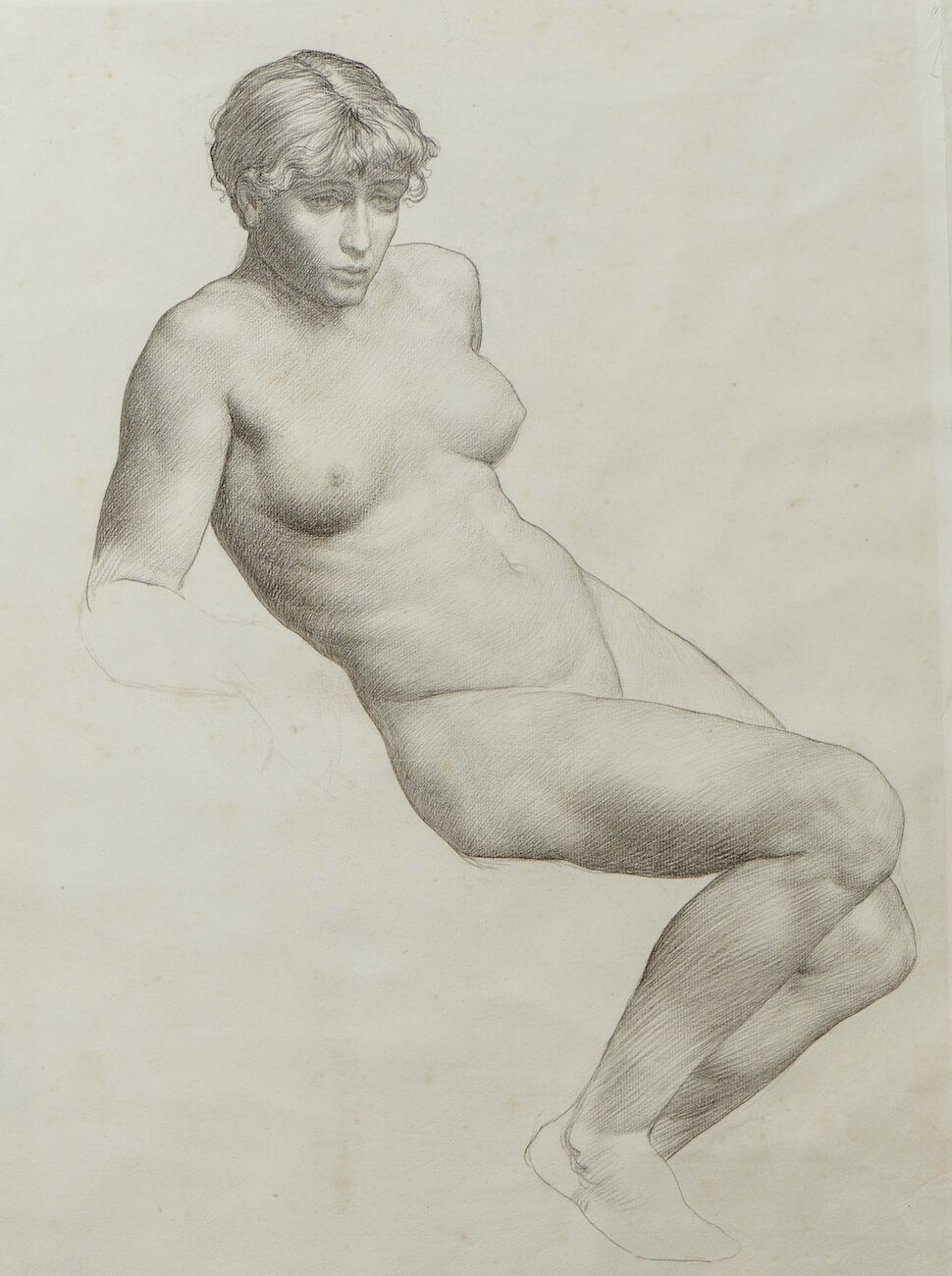 Born Dumbarton, 13 Feb 1859; died Bournemouth, 12 April 1921. Scottish painter and printmaker. Following a brief apprenticeship with a shipbuilding firm in Clydesdale, he entered the Slade School of Art (1876) where he adhered to the uncompromising realism advocated by his teacher Alphonse Legros. After completing his studies at the Slade (1880), Strang became Legros’s assistant in the printmaking class for a year. For the next 20 years he worked primarily as an etcher. His etchings include landscapes in the tradition of Rembrandt, pastoral themes indebted to Giorgione and macabre genre subjects, marked by a sense of tension and suspended animation. He also etched 150 portraits of leading artistic and literary figures. The commitment to realism and psychological intensity that characterizes the best of Strang’s etched work is also evident in the paintings that dominated the latter half of his career. The influence of the Belgian and French Symbolists’ work and Strang’s growing confidence in the handling of colour combined in his mature style with a linear clarity and schematic colouring that is best seen in such works as Bank Holiday (1912; London, Tate). His oil portraits, for example Vita Sackville-West as Lady In a Red Hat (1918; Glasgow, A.G. & Mus.), are strikingly potent images of their time. An important collection of Strang’s graphic work is in the Art Gallery and Museum in Glasgow. His sons Ian Strang (1886’1952) and David Strang (born 1887) were also printmakers. 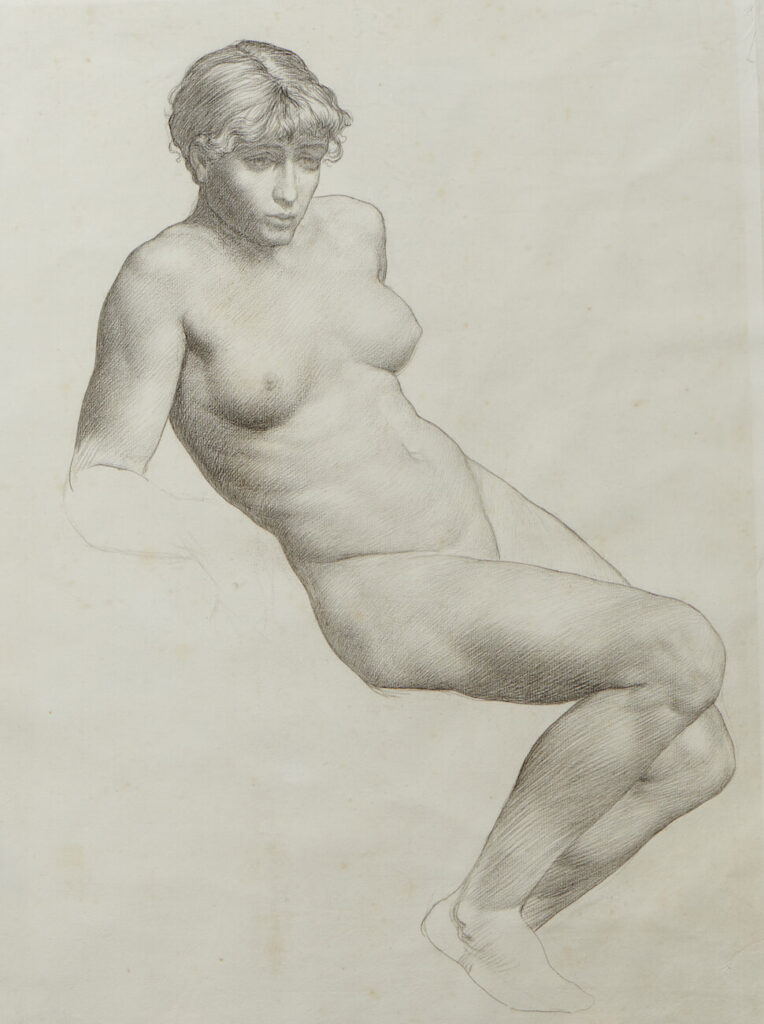 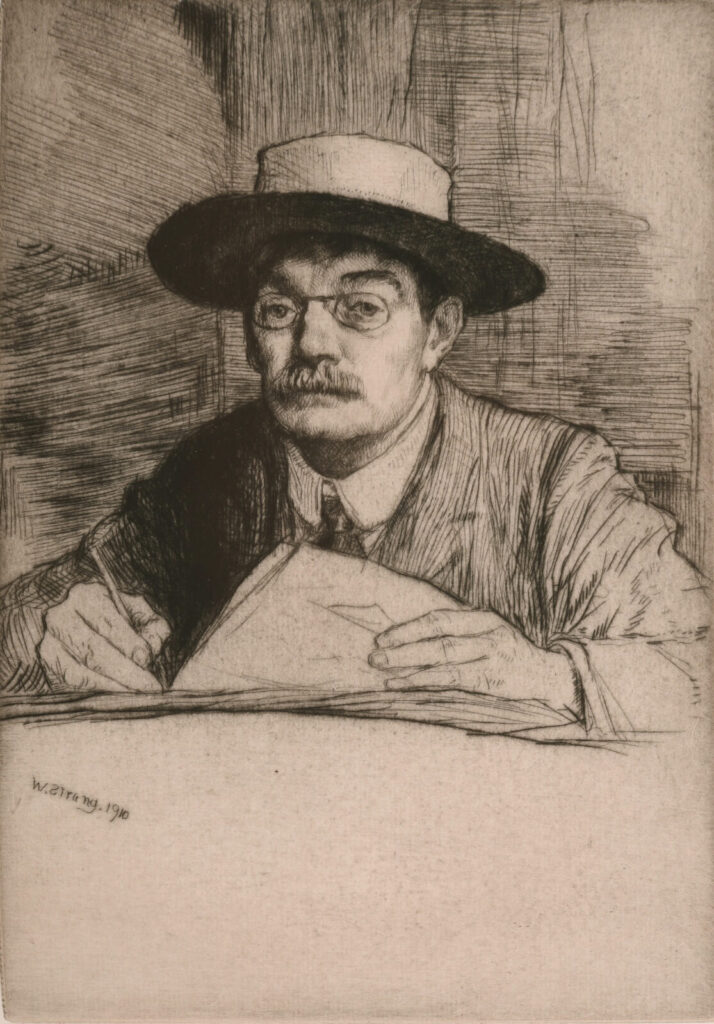 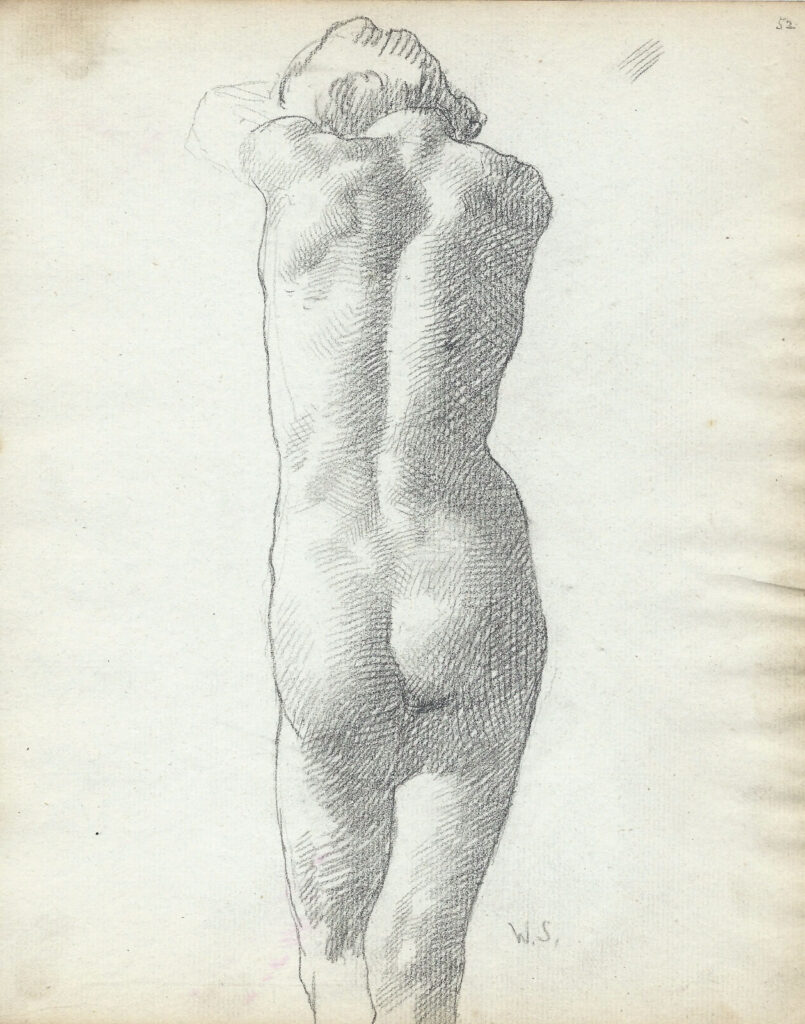 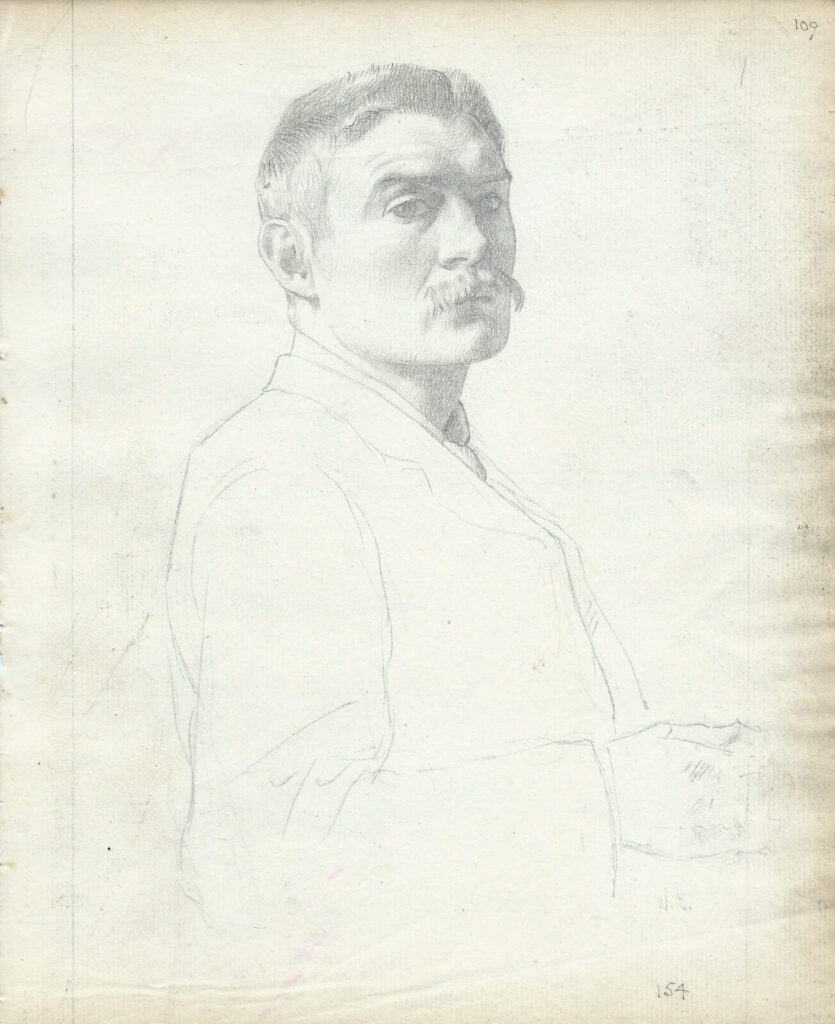 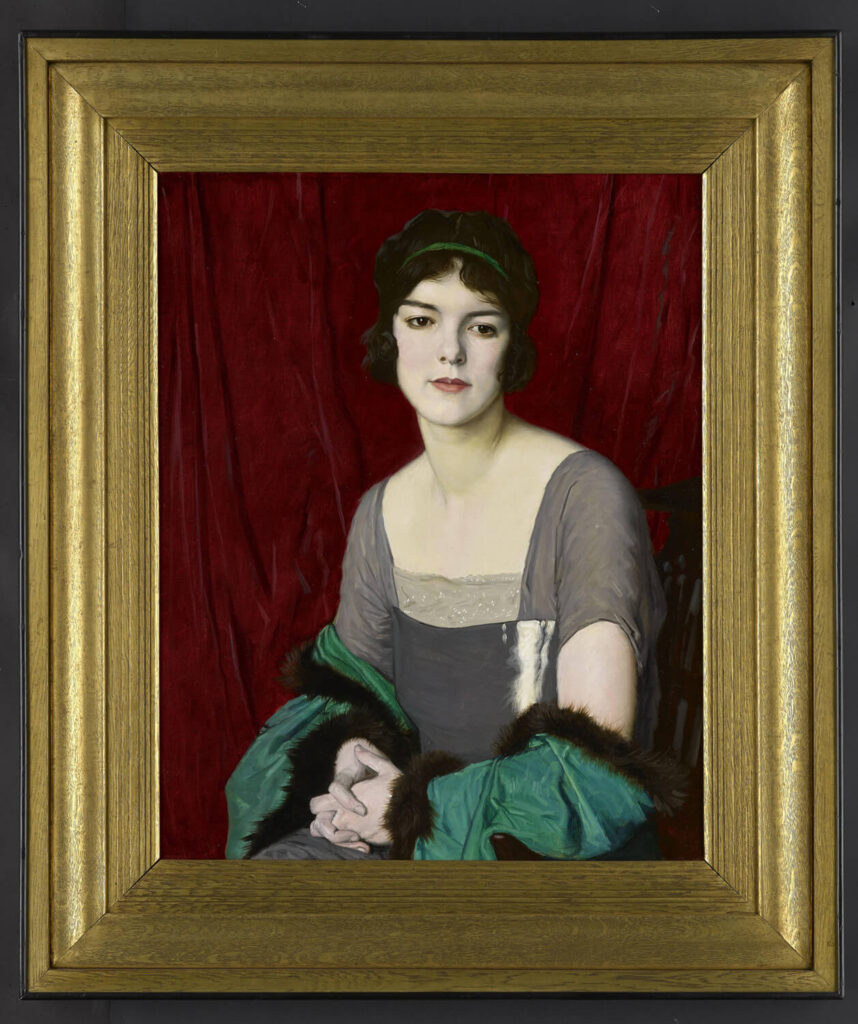