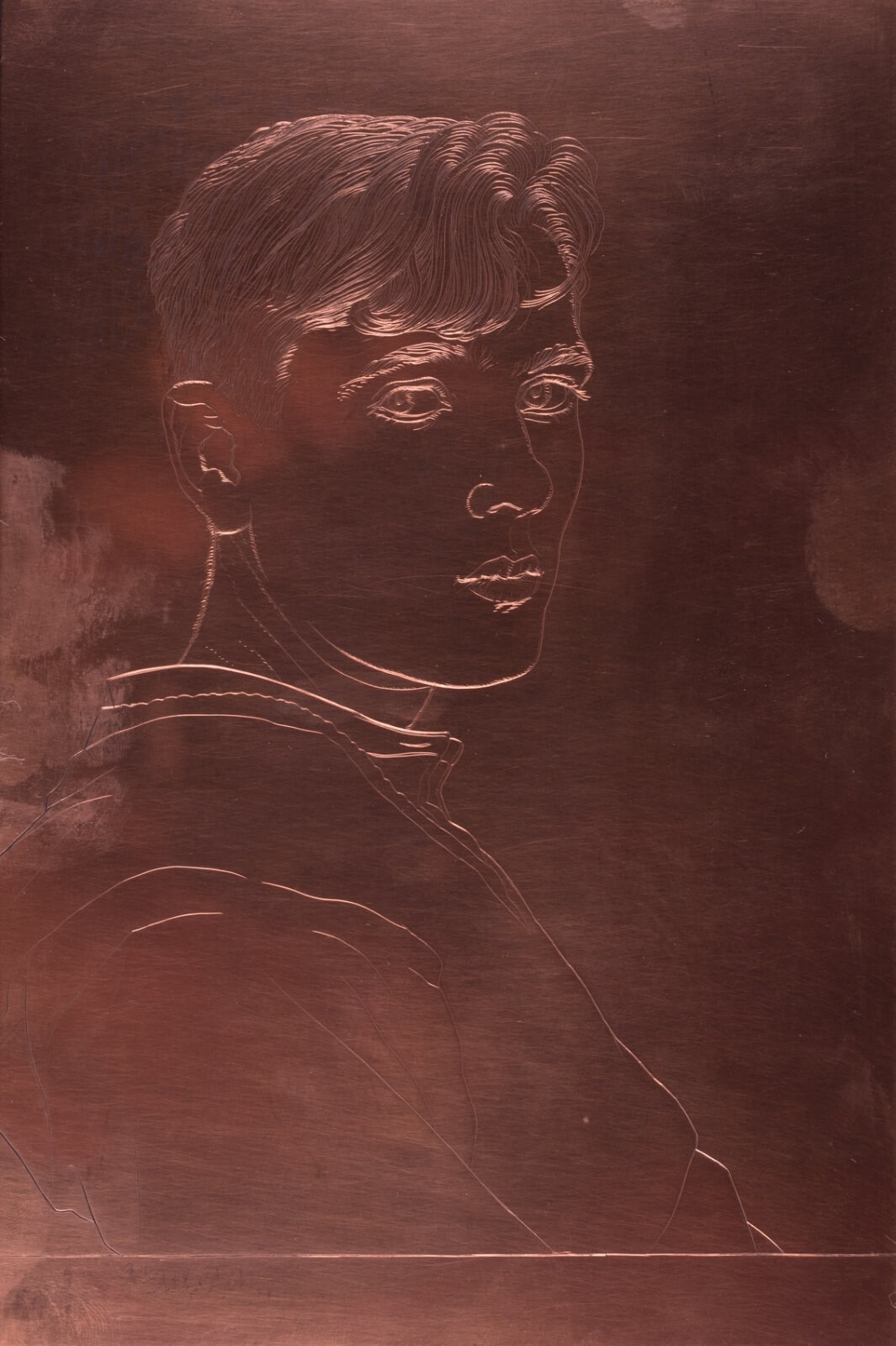 Self-portrait No. 17, Artist as a Young Man

Holloway was a significant figure in the etching revival of the 1930’s, best known for his self-portraits, and portraits of key cultural figures including the poet and critic Herbert Read and poet T.S. Eliot (both from 1934). After a twenty year break from the medium, Holloway returned to printmaking in 1969, going on to produce portraits including the etching of sculptor Henry Moore (1978). Holloway was influenced by Rembrandt’s use of light and dark and by contemporary etchers including Augustus John, Ernest Lumsden and Joseph Webb. 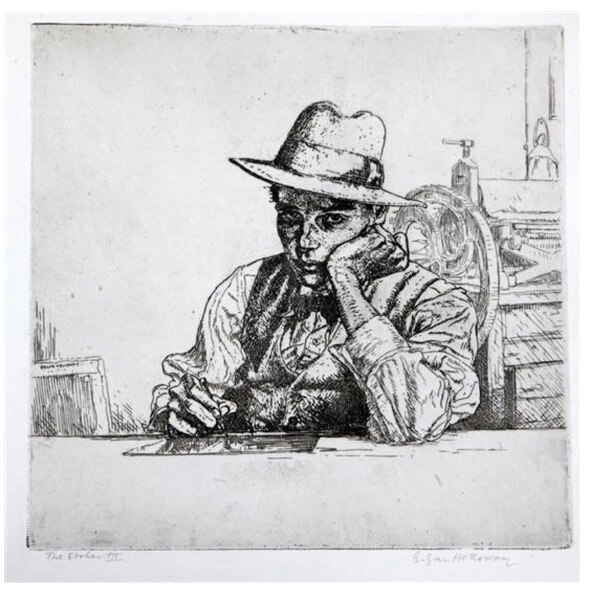 Painter and etcher, born in Mexborough near Doncaster, Yorkshire, the son of a frame maker. Holloway intended going to art school but was already selling his work through his father’s framing shop at the age of fourteen. He felt little need for instruction and reluctantly attended part-time evening classes at his local art school. He said that he learnt his skill at etching from books, especially Ernest Lumsden’s ‘The Art of Etching’.

In 1931 he held his first solo exhibition and attended life classes at the Slade School of Fine Art, met Alec Buckels and through him, Herbert Read, Stephen Spender and T.S. Eliot, whose portraits Holloway drew and etched. In 1943 Holloway visited Eric Gill at Capel-y-ffin and met and soon after married Daisy Monica Hawkins Gill’s favourite model. Edgar Holloway settled in Ditchling, Sussex, in 1949 and became a member of the Guild of St Joseph and St Dominic in which Gill was involved. By now Holloway had taken up lettering, sign-writing, calligraphy and wood engraving, and he designed and worked as a cartographer for major publishing houses.

He exhibited at the RA, Royal Society of British Artists, New English Art Club, Royal Institute of Painters in Water Colours, Society of Artist Printmakers and RSA. A retrospective was held at the Ashmolean Museum, Oxford in 1991 and in the same year he at last enjoyed the official recognition of his peers, who elected him a member of the Royal Society of Painter-Etchers and Engravers. His work is in the collections at the BM, V&A, National Museum of Wales, Harvard University and the New York Public Library. In 2004, Wolseley Fine Arts held a ninetieth-birthday exhibition.