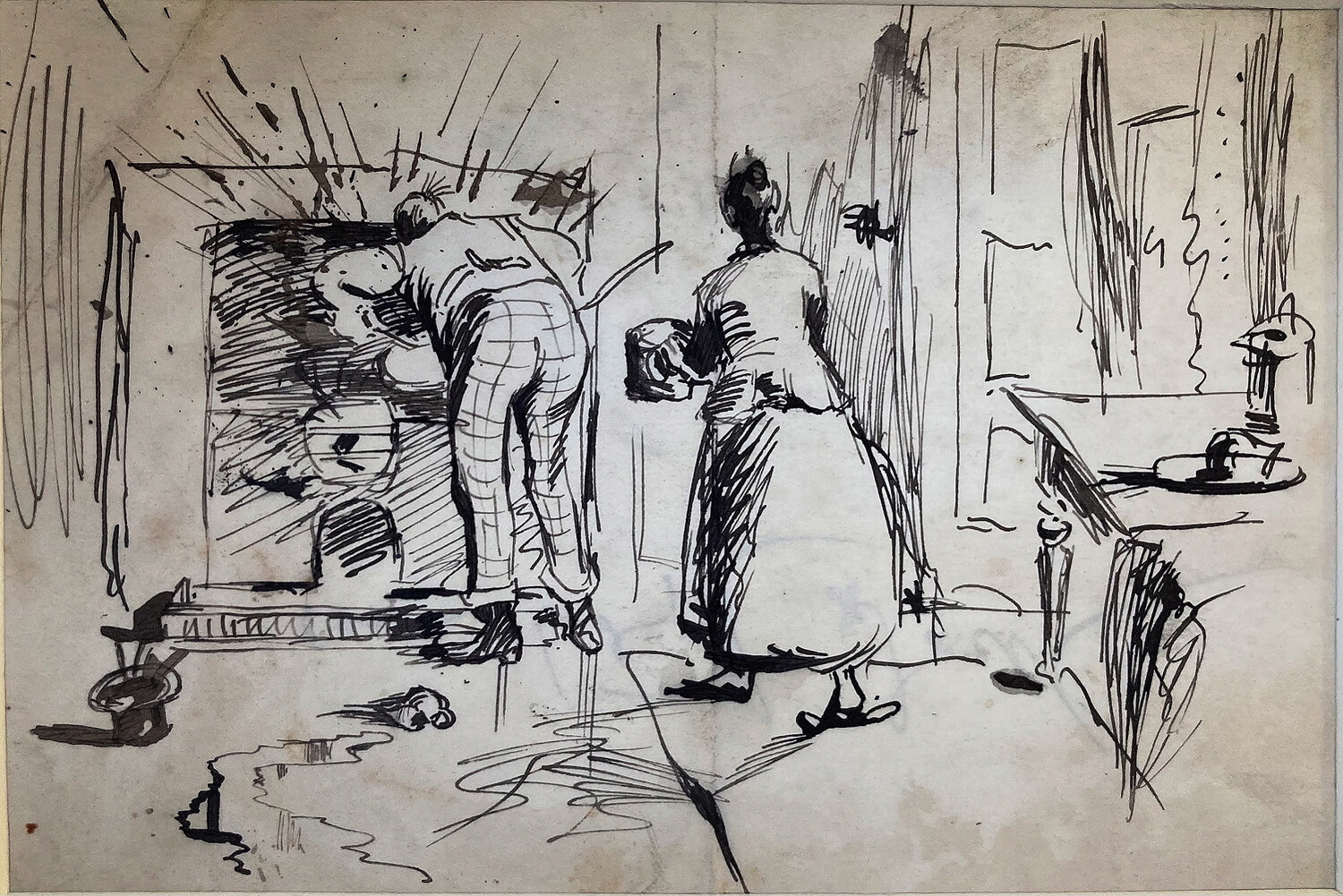 Inscribed with title on the reverse

Provenance:
From the collection of Myles Tonks the artist’s Newphew
Presentation:
mounted

“Tonks cared nothing for other authorities and he disliked self-satisfied young men‚Ä¶.His surgical eye raked my immature designs. With hooded stare and sardonic mouth, he hung in the air above me, like a tall question mark, moreover‚Ä¶ of a derisive, rather than an inquisitive order. In cold discouraging tones he welcomed me to the Slade. It was evident he considered that neither the Slade, nor I, was likely to derive much benefit.” 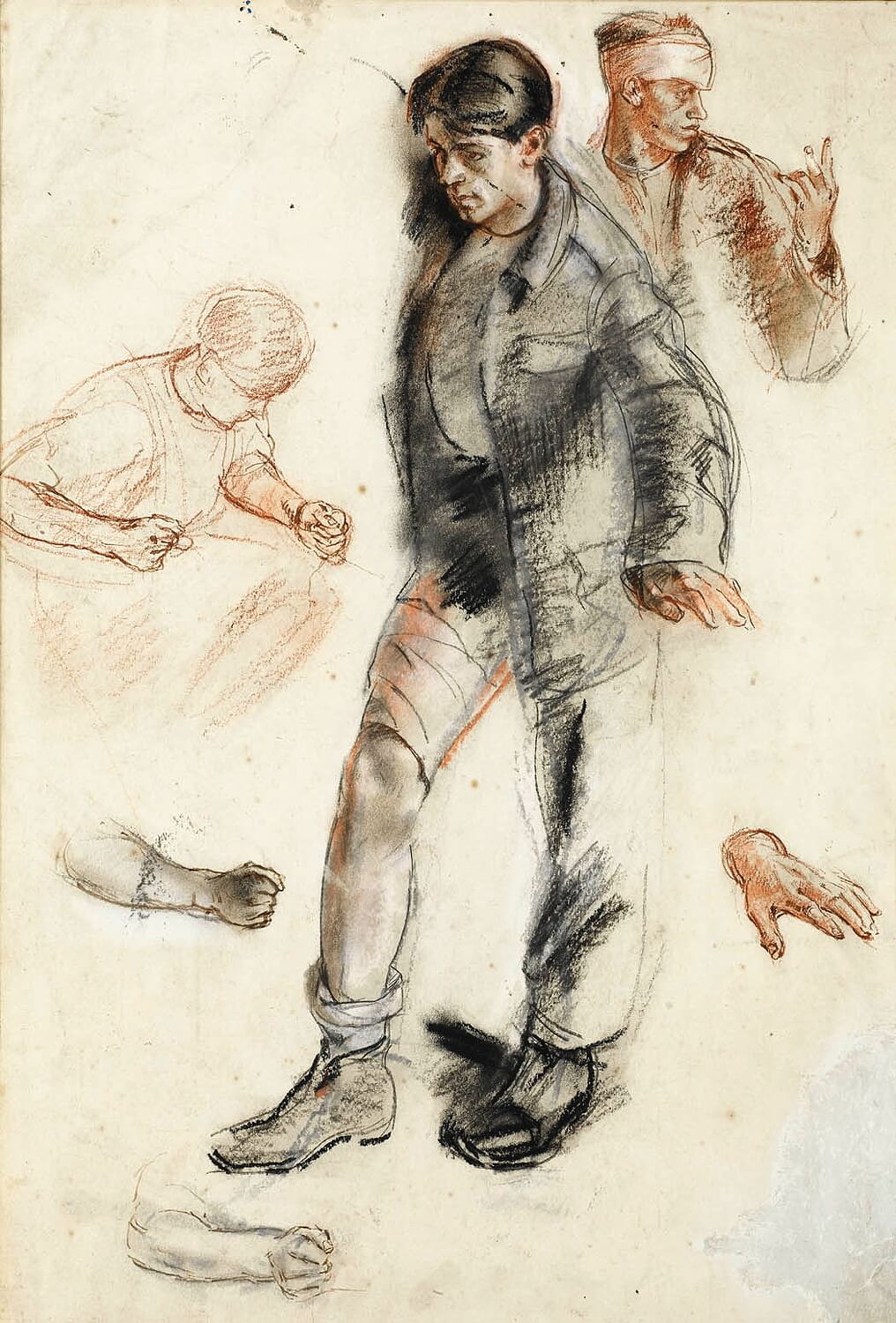 Painter, teacher and surgeon, born in Solihull, West Midlands. He began to study medicine in 1880 and by 1888 was appointed Senior Medical Officer at Royal Free Hospital, London. He has also by this time begun to study painting with Fred Brown at the Westminster School of Art in his spare time. In 1891, he commenced exhibiting at the NEAC and continued until 1930. In 1892, he was appointed Assistant Professor at the Slade School of Art, London and in 1905 held his first solo exhibition at the Carfax Gallery.

He published Elementary Propositions in Painting and Drawing in 1910 and the following year moved to Vale Avenue, Chelsea where he was to spend the rest of his life. During World War I Tonks combined his medical and artistic skill by working on the by then evolving skills of plastic surgery and was also appointed an Official War Artist. From 1918 until his retirement a dozen years later he held the position of Slade Professor of Fine Art. A year before his death he was afforded the almost unique opportunity of a retrospective exhibition at the Tate Gallery, rarely offered an artist in his lifetime. A consummate draughtsman he is responsible for nurturing countless fine British painters from the early and mid-20th century. Examples of his war works are in the collection of the IWM with others in the collection of Hull University and Museums Sheffield. His son was the artist Myles Tonks. 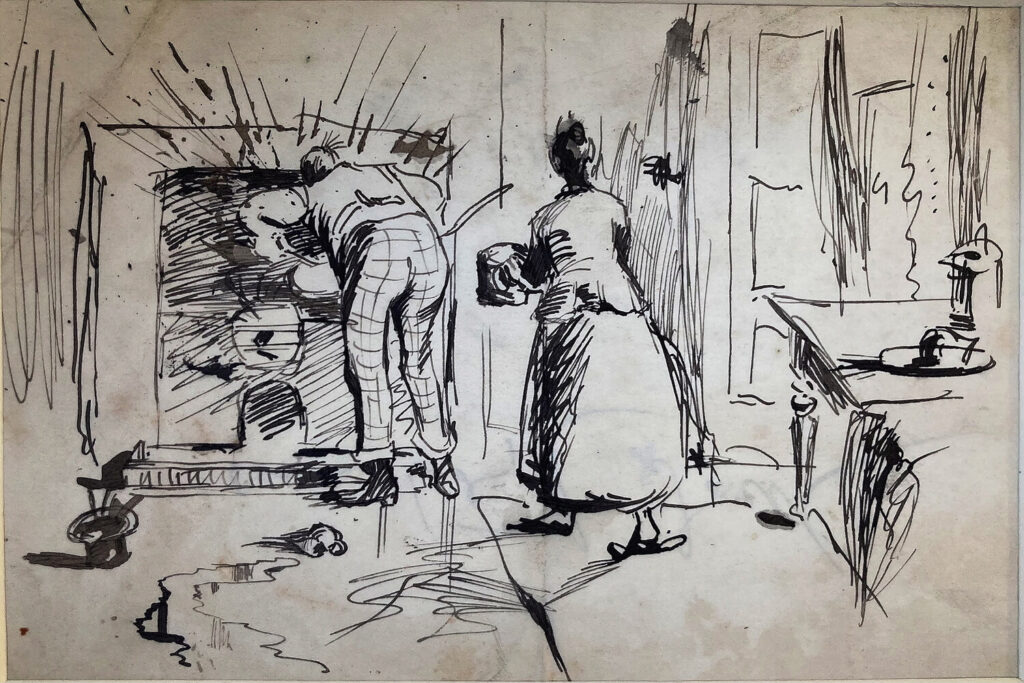