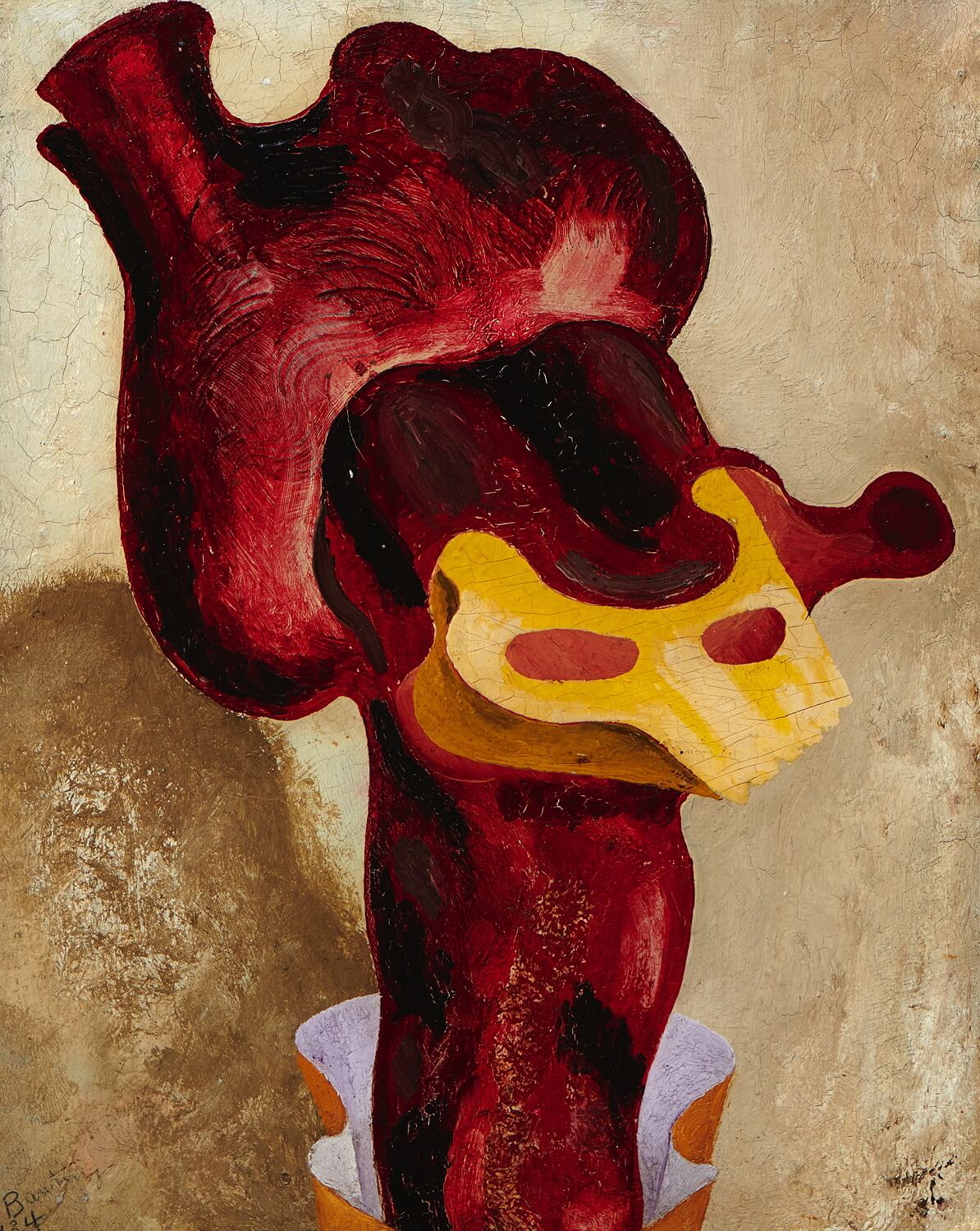 This painting was made in the years following Banting’s exposure to the Surrealism movement in Paris, where he met with André Breton, Marcel Duchamp, Alberto Giacometti, and René Crevel. It anticipates the style that Banting would showcase at the International Surrealist Exhibition in London (1936), New York (1936) and Paris (1938), and includes the amorphous, human-like shapes and disguised profile portraits that can be seen in many of his major works. 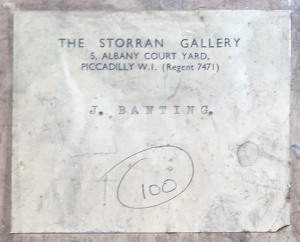 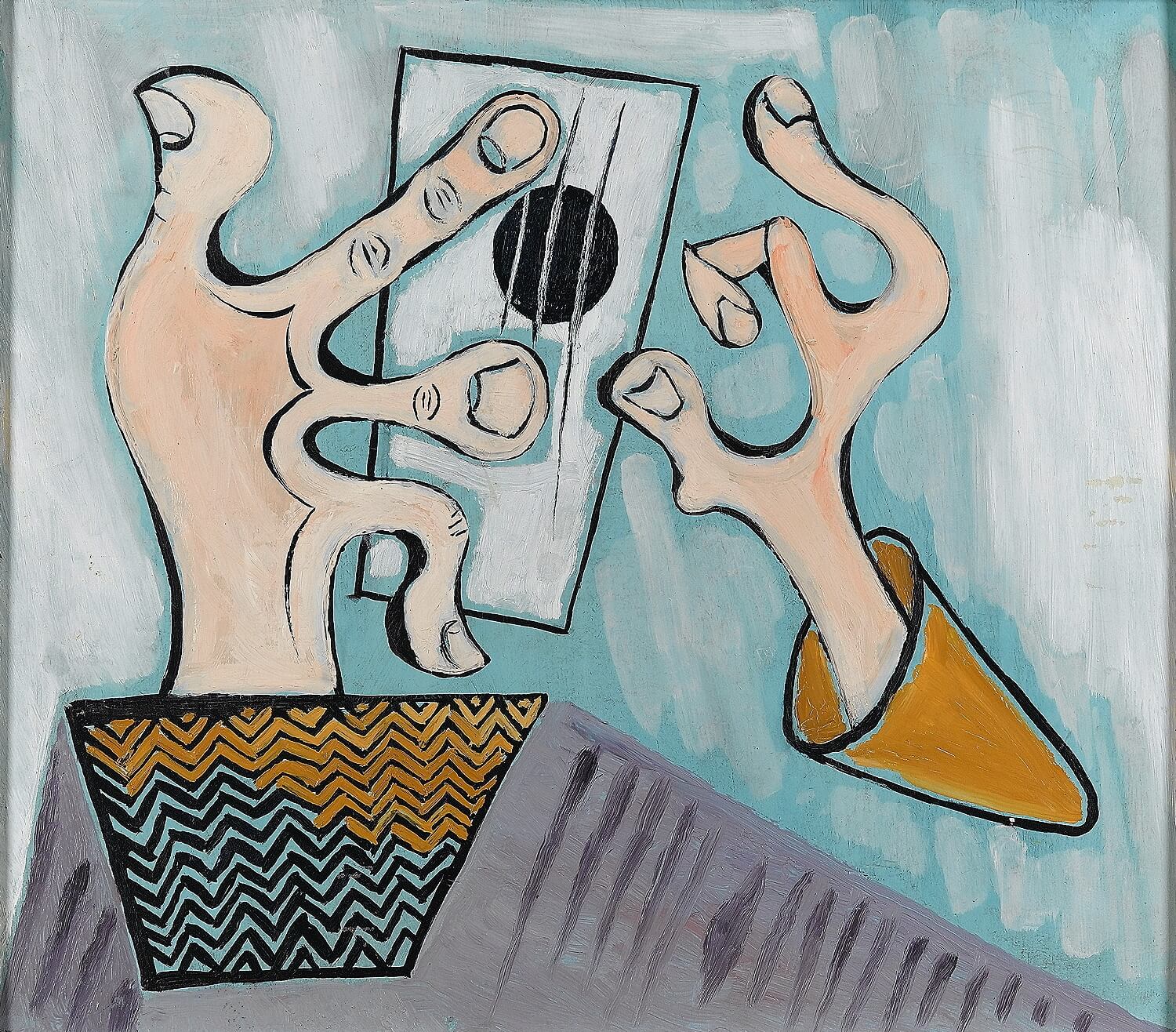 Banting studied under Bernard Meninsky at Westminster School of Art from 1921 and later in Paris. On his return to London in 1925 he became associated with the Bloomsbury Group painters, joined the London Group, and showed with the 7 & 5 Society. At the beginning of the 1930s he returned to Paris where he met Breton, Creval, Giacometti, and Duchamp, amongst others. He designed for the Camargo Society and Ballet Pomona, and designed book jackets for Hogarth Press. In 1936 he contributed pictures to the International Surrealist Exhibition, in London. During the Spanish Civil War he traveled to Madrid, where he met Ernest Hemingway. During World War II, he was involved in Strand Films and was Art Editor of Our Time, a left-wing political monthly. After the war, he published A Blue Book of Conversation. He lived in rural Ireland for a while, then settled near his friend Edward Burra at Hastings, Sussex, where he died. Since his death, he has been included in many Surrealist exhibitions. He was given a retrospective at Oliver Bradbury and James Birch, 1983. His vision remained remarkably consistent throughout his life. 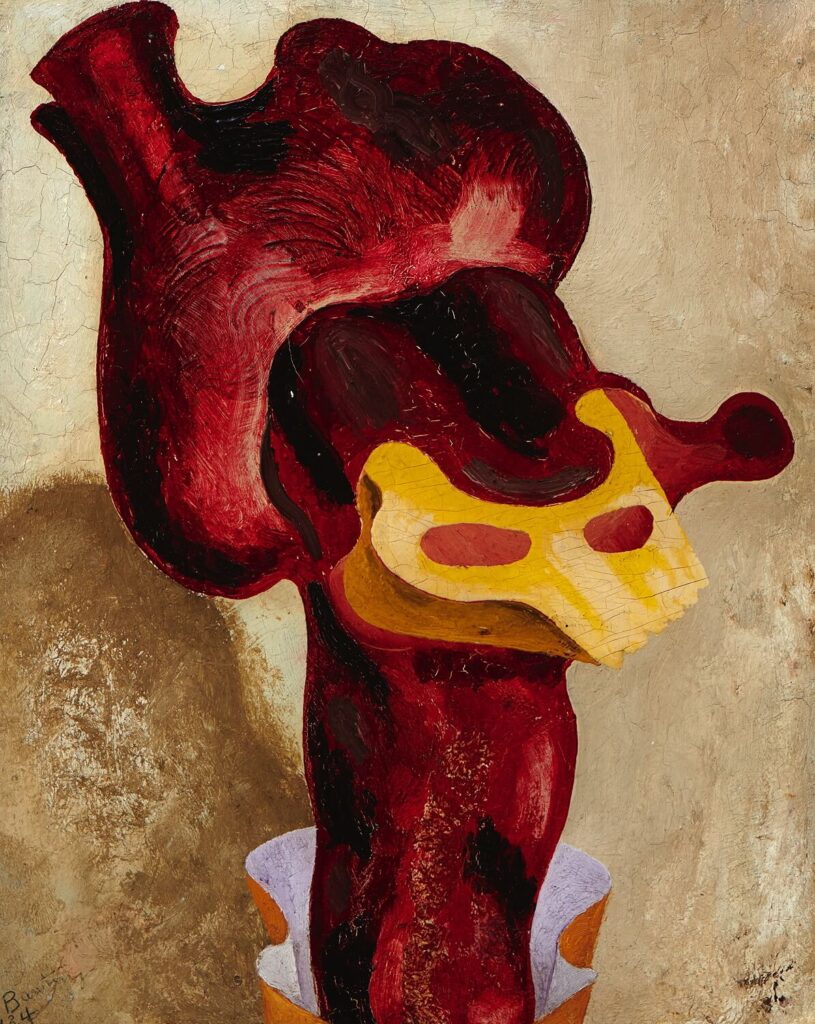