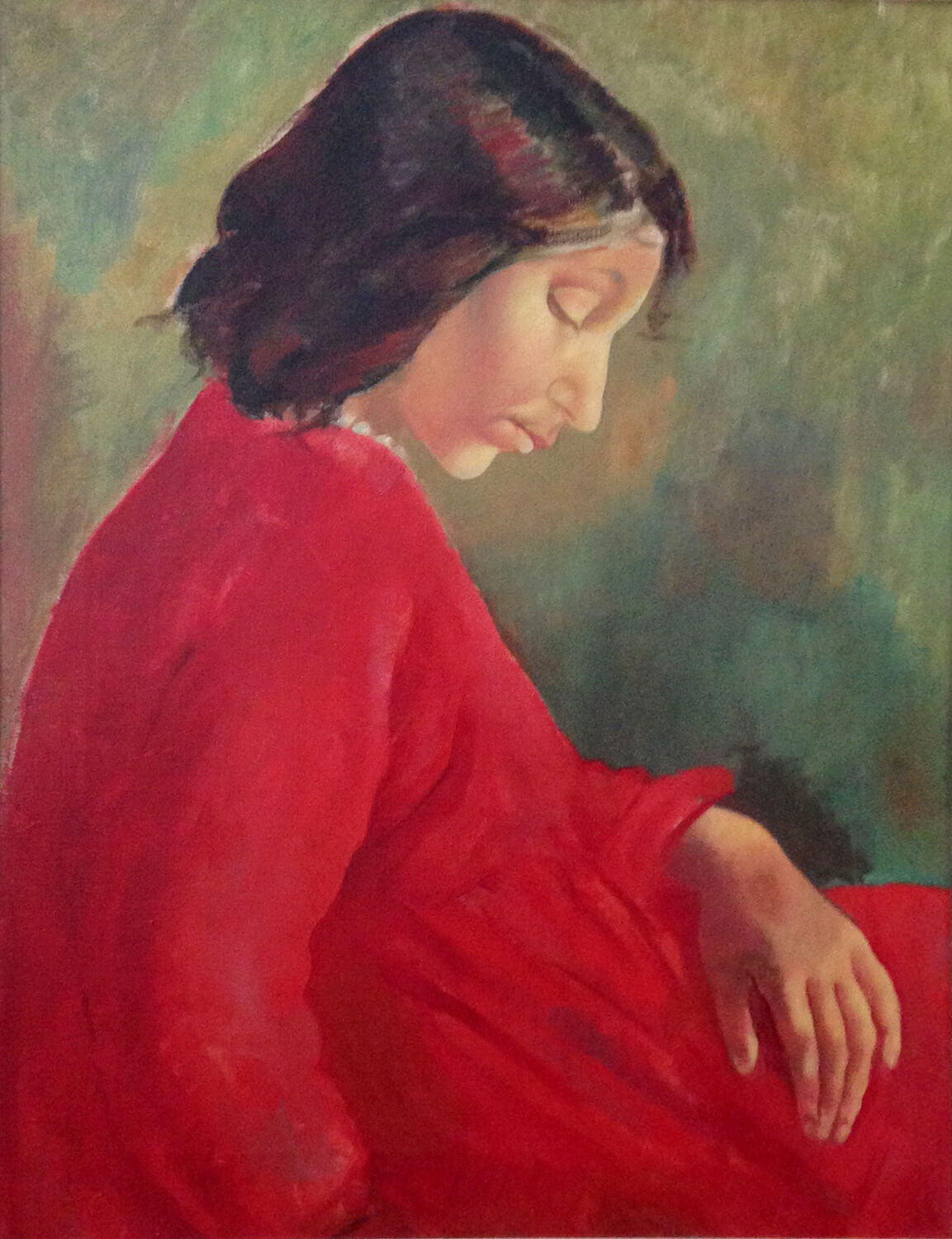 Provenance:
With the current owner’s family since 1938
Presentation:
framed

Clara Klinghoffer was born in Szerzezec (now Lemberg), a village near

Lw√≥w (now Lviv), in that contested region that was once Poland, and

and is now in Ukraine. Her Jewish parents immigrated to England in 1903,

settling first in Manchester and then in the East End of London.

Klinghoffer displayed an early aptitude for art. She studied at the

impressive young talent, holding her first one-woman exhibition at the

Hampstead Gallery in 1919. Her work was heavily influenced by the High

Renaissance artists so admired by her teacher, Henry Tonks. Indeed, in

1937 Mary Chamont would write in Modern Painting in England that

early paintings, however, were a rather different affair. This portrait of one

of her six sisters, with its bold use of colour and na√Øve execution, clearly

reveals the modernist influence of fellow Jewish artists such as Bernard

Konody of The Observer, was not alone in expressing disappointment

accomplishment and sensitive draughtsmanship seem to have led her into a

blind alley‚Äù, he complained in 1925, ‚Äúfrom which she does not even attempt

to escape. Each new drawing of her familiar types is like an unnecessary

assertion of her cleverness. Her chief merit lies in her appreciation of the

plastic life contained within the contours of the human figure.‚Äù

Commentary by David Boyd Haycock, freelance writer and curator with a specialism in British art of the early

twentieth century. He is the author of a number of books, including A Crisis of Brilliance: Five Young 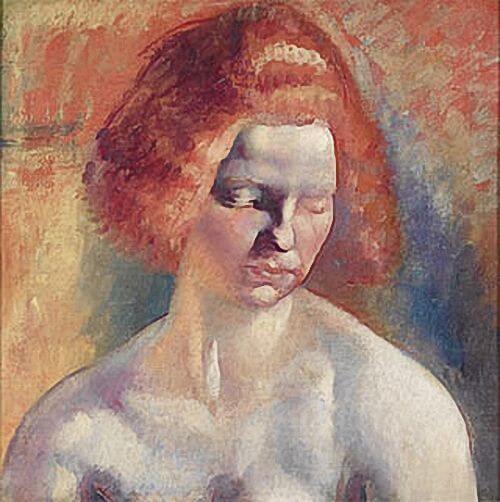 Clara Klinghoffer emigrated from Austria to England with
her family in 1903. She studied art at the John Cass Institute
in Aldgate and the Central School of Arts and Crafts before
enrolling at the Slade School of Fine Art (1918’20).

Gaining immediate critical acclaim at a remarkably young
age with her first solo exhibition, held at the Hampstead Gallery
in 1919, she exhibited widely in the UK, Europe and North
America in the ensuing years, including at the 1924 Venice
Biennale, and the Redfern Gallery (1925) and RA (1933) in
London. She also travelled extensively throughout her life,
moving to Amsterdam in 1929 and New York in 1939.

Much of Klinghoffer’s work is characterised by a focus on the
human figure, and she made portraits of many eminent sitters ‘
such as Sir Winston Churchill, Vivien Leigh and Isaac Bashevis
Singer ‘ notable for their relaxed, somewhat candid composition. 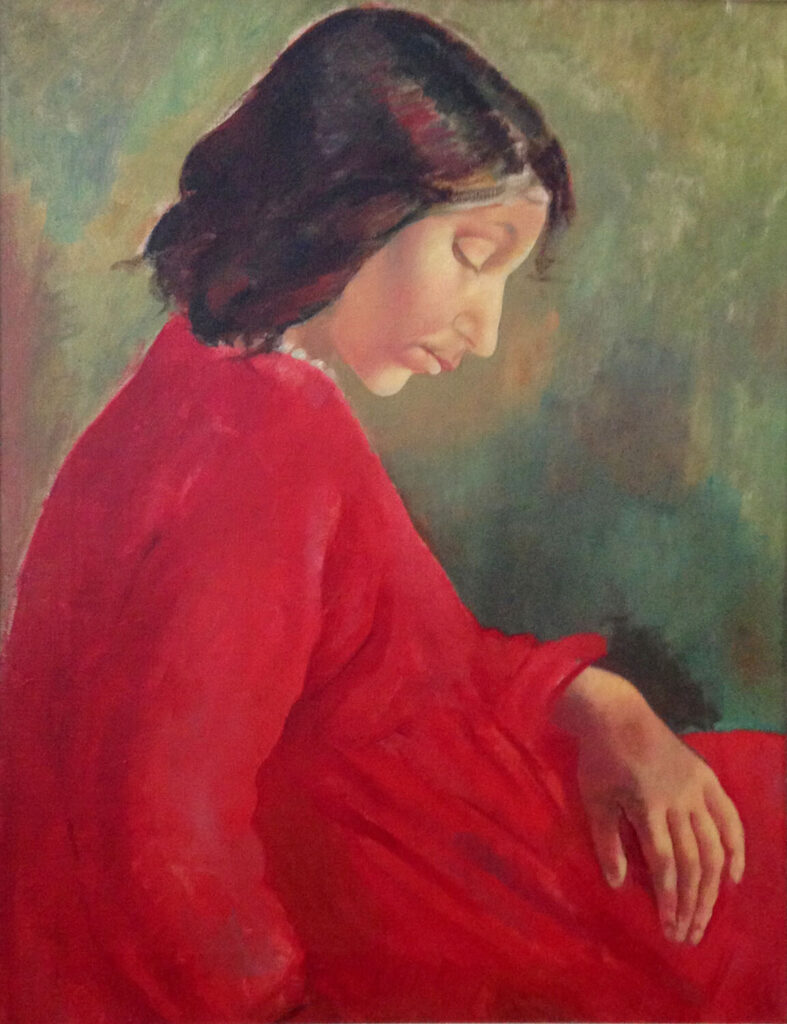 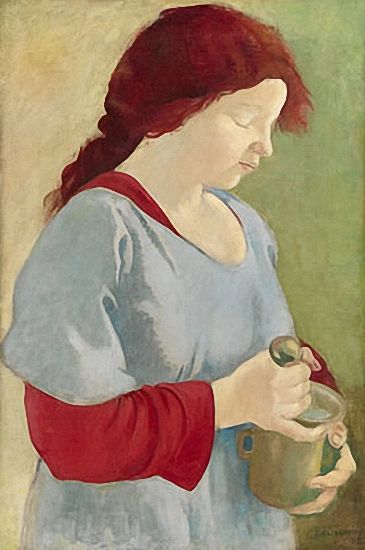