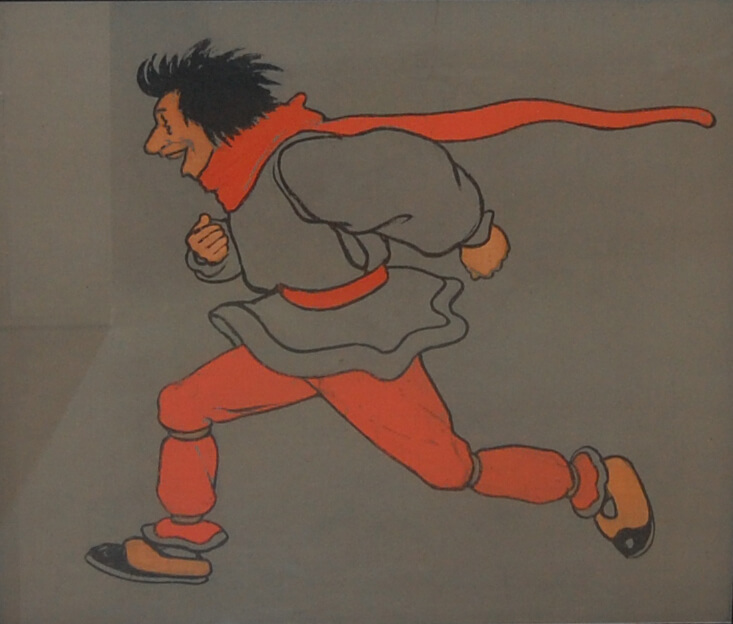 Around
the turn of the century Hassall produced a number of nursery frieze
designs for Liberty’s .  These original designs were printed as
lithographs by Jellico and Co. to be fixed directly to the walls of
children’s nurseries.  As such few, possibly none, are known to have
survived.  The designs were part of a wider collaboration between Cecil
Aldin and John Hassall – Art for the Nursery – aimed at making the
appearance of children’s rooms more attractive.
…..So very little
trouble is nowadays by the majority of people regarding the fitting up
of the children’s part of the house.  Perhaps on the walls they paste or
hang up one of two nursery rhymes, so small that the child can hardly
read them.  The general appearance of the room is dowdy and
unattractive.  parents seem to think that children do not derive any
pleasure or benefit form any efforts they may make towards decorating
the nursery.  I believe just the opposite: hence my model nursery.’
(Cecil Aldin, A model Nursery, Women’s Life Sept 8 1900).
The results were shown at an exhibition at The Fine Art Society in 1900 ‘Art for the Nursery’.
John
Hassall also produced nursery friezes showing ‘Old King Cole…l’,
‘Hark, Hark! The Dogs do Bark….’ and a series of three upright panels
called ‘Morning, Noon and Night. 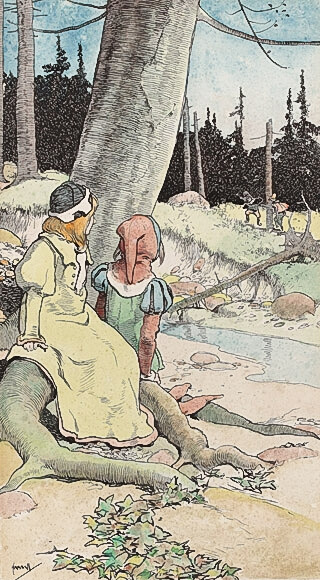 Cartoonist, illustrator, designer, painter and teacher, born in Walmer, Kent. He was the father of the artist Joan Hassall and the writer Christopher Hassall. After education in England and Germany, and twice failing to gain a commission at Sandhurst, he emigrated to Manitoba, Canada, where he farmed. In the early 1890s, after some success contributing sketches to The Graphic, he moved back to Europe, studying art in Antwerp, then enrolling at the Academie Julian in Paris. Returning to England in the mid 1890s Hassall became a popular cartoonist and one of the most celebrated poster designers of his generation (his designs Included the well-known advertisement “Skegness Is so bracing.”). Hassall illustrated numerous books (especially for Blackie and Co.) and periodicals such as The Idler, London Opinion, Pearson’s Magazine and The Tatler. For many years he ran his own school of art, the New Art School and School of Poster Design. He was a member of RI, RWA, London Sketch and Savage Clubs. He lived in London and designed posters for the Great Northern Railway and numerous other clients. Like many artists who achieved a huge reputations through commercial work, Hassall craved public recognition of a different sort. Through his Royal Academy exhibits – larger, ambitious, historical works – he sought to establish himself as an academic painter. These works, however, lack the originality, liveliness and invention of his instantly recognisable and hugely successful commercial work. 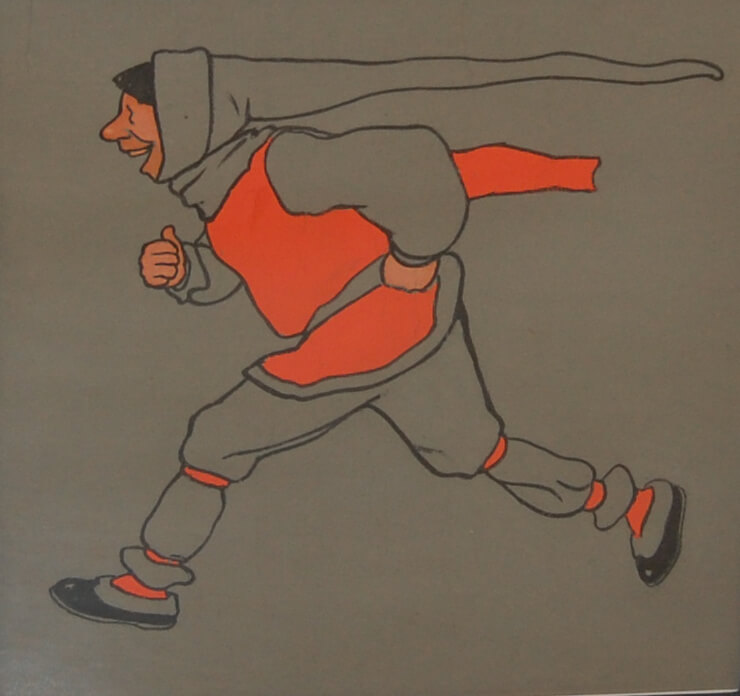