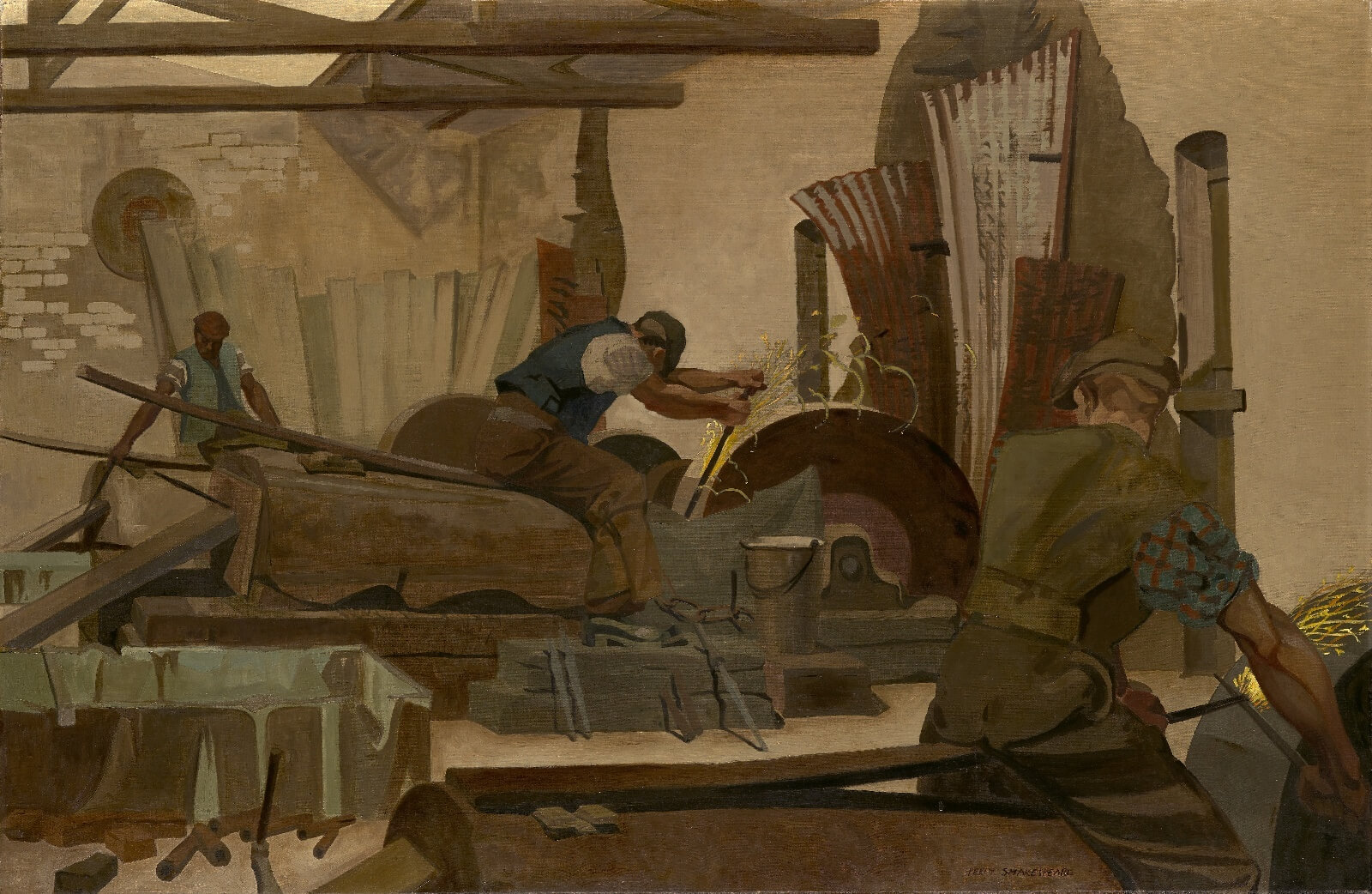 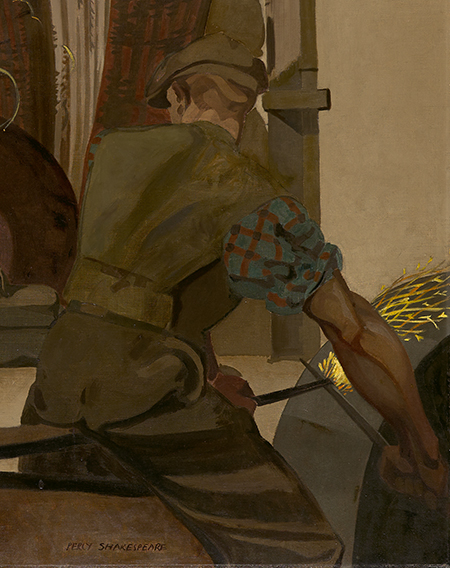 Percy Shakespeare’s largest painting, The Rasp Grinders, was commissioned by the Hope Works Company, Dudley. The company forged (mainly by hand) hand tools and small foundry equipment. For many years the painting hung in the company board room; subsequently it was displayed as a long term loan at Dudley Art Gallery.

Shakespeare sets his scene in a typical workshop, built of brick with a raftered roof.  He depicts three workmen toiling away as sparks fly from the grindstone. It was common practice for the chair of the labourer to be chained to the  floor, in case the grind wheel exploded, taking the workman with it. 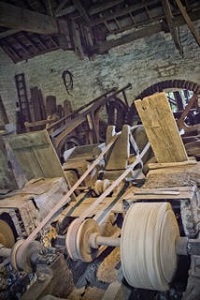 This painting appears as PS66 in Robin Shaw’s catalogue raisonne of Percy Shakespeare.

We are grateful to Robin Shaw and James Witchell for their assistance. 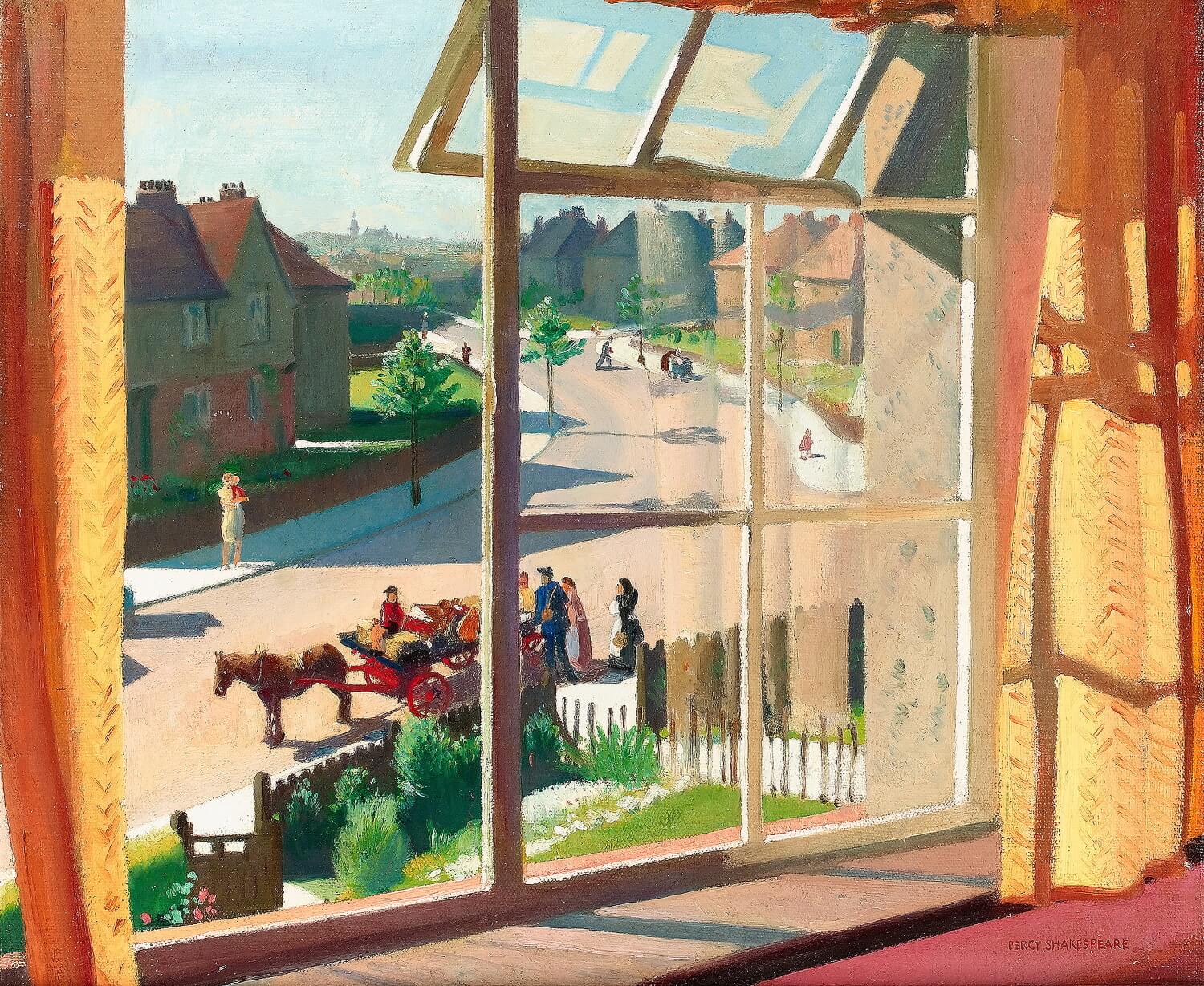 Shakespeare trained at Dudley Art School and later studied and then taught at Birmingham School of Art. His carefully organised, flatly painted compositions in oils, in which great attention was paid to the outline silhouette of each individual figure, were exhibited at the RA between 1934 and his death in an air raid. He also exhibited at the Paris Salon and the RBSA. In spite of his early demise his oeuvre has undeniable charm – his essentially suburban, and peculiarly English, compositions are drenched with colour and light and despite sometimes appearing to verge on caricature are usually carried off with great panache. 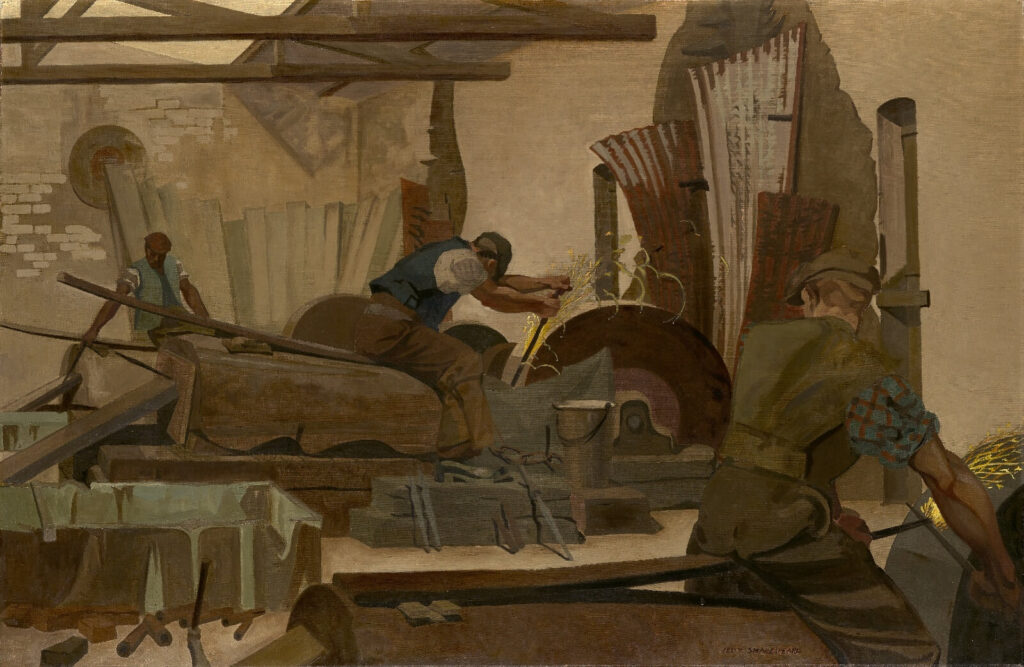 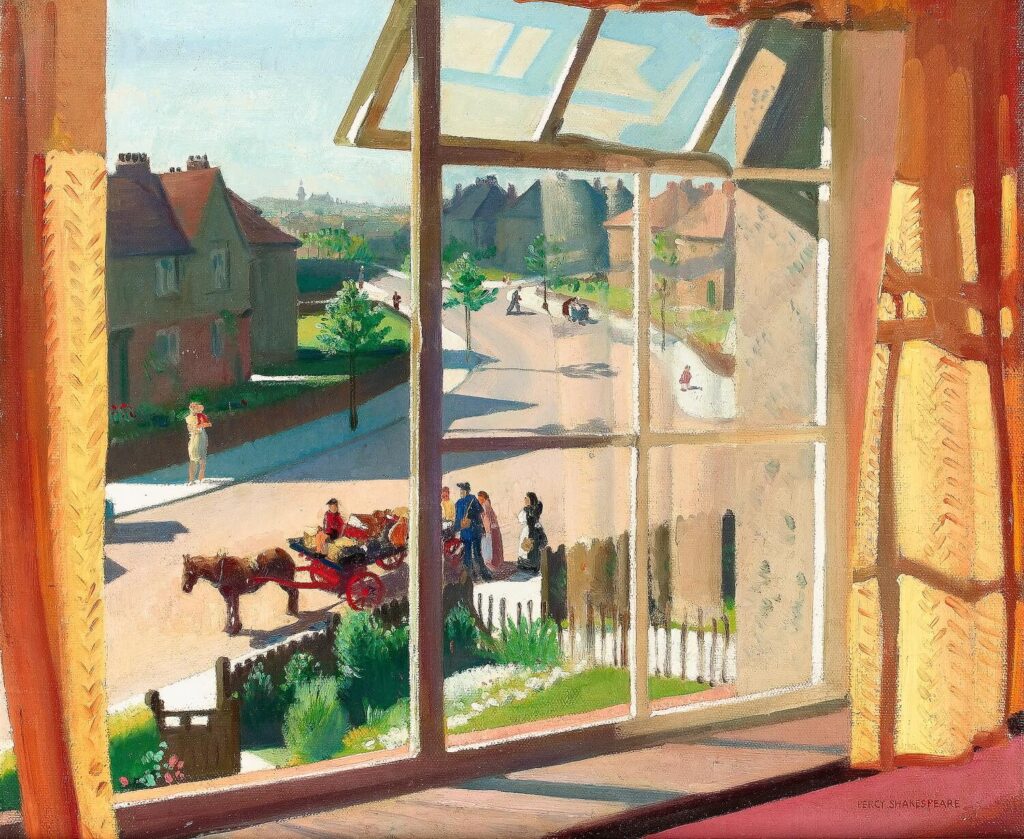