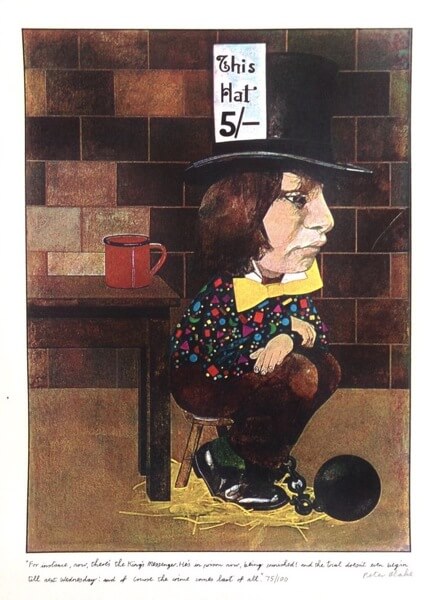 Through The Looking Glass, 1970

Signed and numbered by the artist in pencil.

From the edition of 100. On wove paper with the Kelpra stamp on the reverse.

From the series of 8 screen prints entitled ‘Through the Looking Glass’ published in 1970.

Tom Keating admitted that a number of watercolours in the style of Samuel Palmer were painted by him. 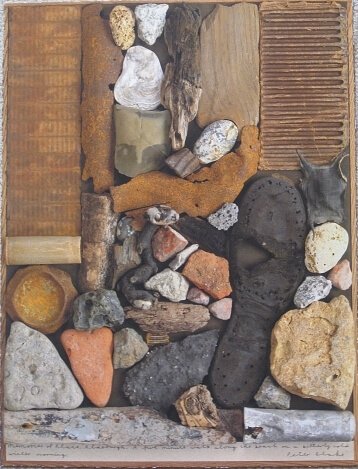 Painter, born in Dartford, Kent. He studied at Gravesend Technical College and School of Art, 1946-51 and entered RCA in 1950. This period of study was interrupted by National Service and he returned to the RCA, 1953-56. In his early work he excelled at creating the world of childhood in a series of works which paid detailed attention to ephemera: comics, badges, cigarette cards and packets. Between 1956-57 he travelled in Holland, Belgium, France, Italy and Spain on a Leverhulme research award studying popular art. In 1959 his collector’s instinct found outlet in the collages and reliefs he began making, many of them using kitsch items, pop stars or other aspects of popular culture. He is arguably the doyen of British Pop Art. During its late 1950’s and mis-1960’s heydey he taught at Walthamstow School of Art and his very presence stimulated students in the Pop Art/Punk era.

In 1963 he married the painter Jann Haworth and with her became a founder member of the Brotherhood of Ruralists in 1975. Six years later he was elected to the RA. He is also known as the artist behind the enigmatic Beatles Album “Sgt Pepper.” His skill as an illustrator, designer and painter has enabled him to operate as a fine artist and yet appeal to mass audiences and he was appointed RDI in 1987. A Retrospective Exhibition was held at the Tate Gallery, London in 1983. Much of his work is distributed around the UK in art galleries and museums such as Carlisle Art Gallery, MOMA, Wales, Newport Art Gallery, Gwent, Northampton Museum and Art Gallery, Pallant House Gallery, Chichester, Wolverhampton Art Gallery, Doncaster Art Gallery, University of Warwick Art Collection and the Whitworth Art Gallery, Manchester. Latterly many of his works were reproduced as limited edition prints and sold through outlets like CCA Galleries. Blake was also the President of The Arts Club, Dover Street in the early years of the millennium.
Bibliography:
Peter Blake, with essays by Michael Compton, Nicholas Usherwood and Robert Melville, Tate Gallery, 1983. Liverpool, 2000. ISBN 1854373234.
Brotherhood of Ruralists by Nicholas Usherwood. Published by Lund Humphries, 1981. ISBN 0853314462.

We are grateful to artbiogs.co.uk for assistance