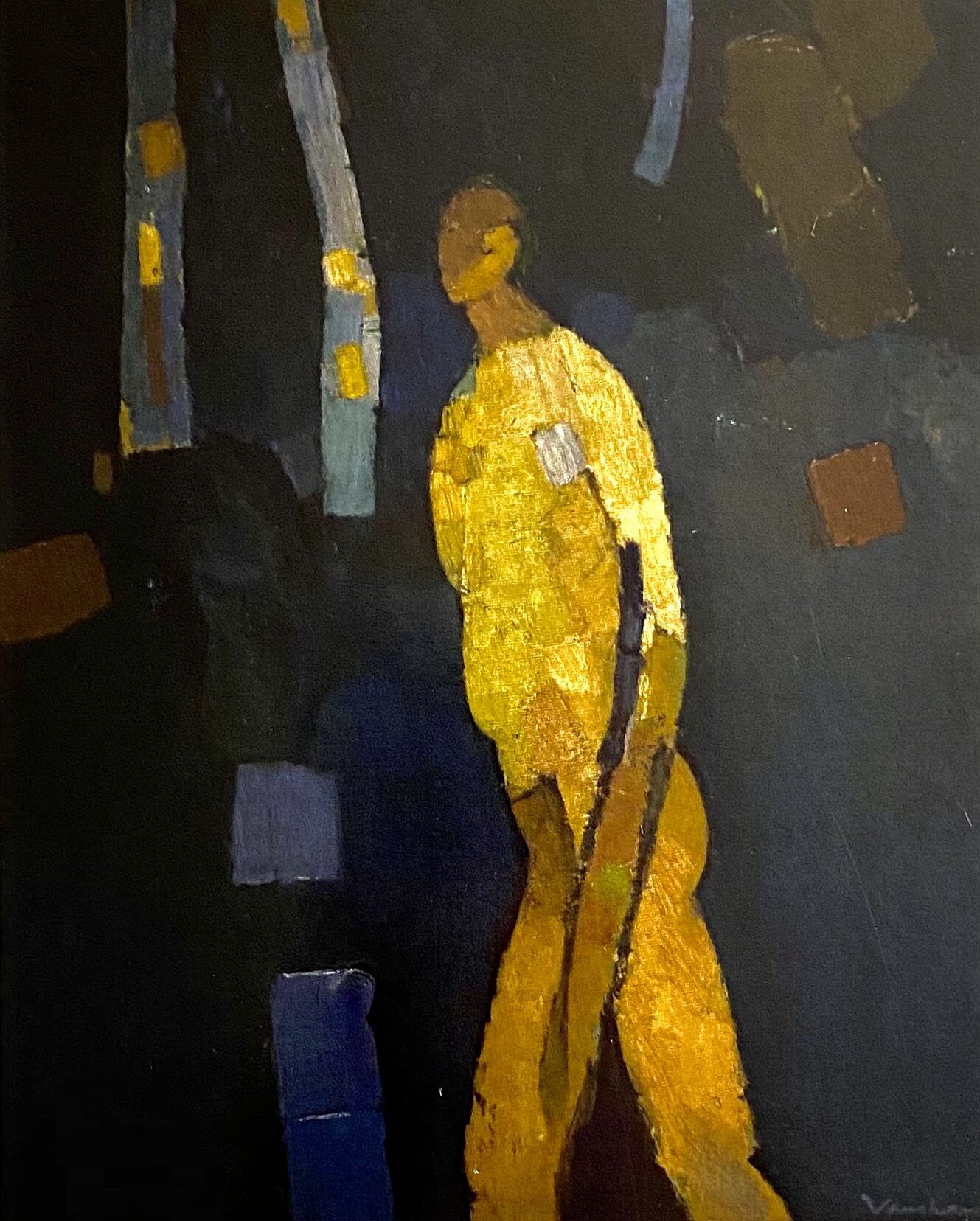 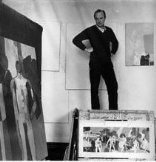 Painter, draughtsman, and teacher, born at Selsey Bill, Sussex. Although Vaughan did not have formal art training he gained a good grounding in Italian Renaissance Art while at Christ’s Hospital. Thereafter, between 1931 and 1939, he worked in the Lintas advertising agency, then owned by Unilever, painting in his spare time. When World War II broke out he was at first a conscientious objector, but he served in the Pioneer Corps from 1941 to 1946, using his fluent German as a prisoner-of-war interpreter in Yorkshire. This was the period when he came into contact with the Neo-Romantic painters, such as Graham Sutherland, Michael Ayrton and John Minton, who markedly affected his work. His first one-man show of drawings was held at Lefevre Gallery in 1942, followed by another of oil paintings in 1946. From then on he established himself as a successful artist in Britain and abroad. He painted the Theseus mural decoration in the Festival of Britain Dome of Discovery in 1951. Vaughan taught at Camberwell School of Arts and Crafts, 1946-48; at the Central School of Arts and Crafts, 1948-57; then at the Slade School of Fine Art from 1954. He traveled extensively. In 1959 he was visiting resident artist at Iowa State University, in America. Vaughan’s artistic themes constantly revolved around the male nude and landscapes. In his later work the images can be highly abstracted although the palette remained consistent: dark greens, blues and browns. The Tate Gallery and many other public galleries hold his work. There was a retrospective at Whitechapel Art Gallery with an Arts Council tour in 1962. After his death there was a memorial exhibition at Mappin Art Gallery, Sheffield. Vaughan’s journals, which have been published, give a graphic insight into his often vulnerable, obsessive and sad private life. He lived in London.

A catalogue raisonn of paintings and watercolours is currently being prepared by Tony Hepworth.