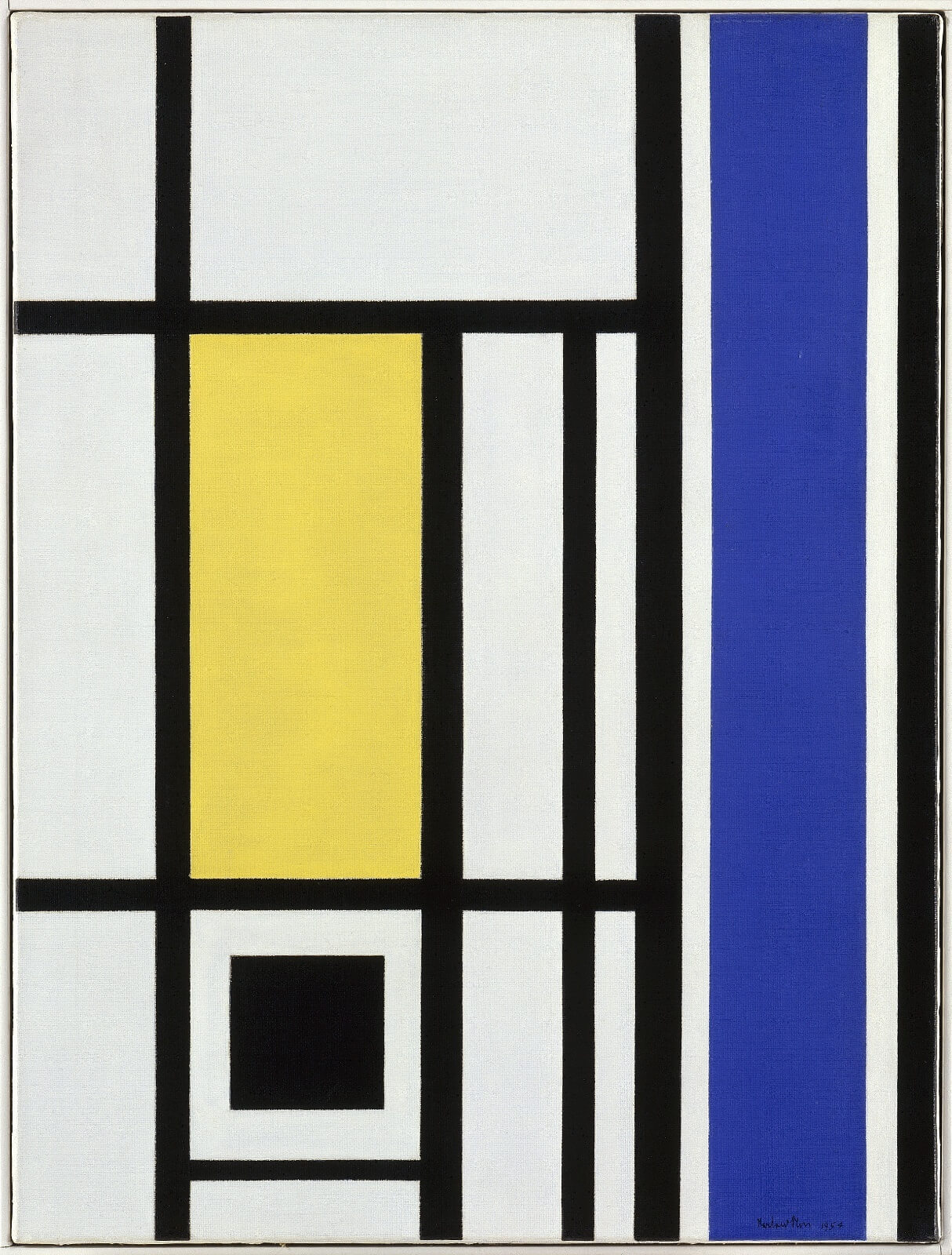 Preparatory works for this painting ‚Äì with marginalia calculations ‚Äì give

an insight into Moss’s method and temperament. A design, once resolved

on paper, was transferred to the canvas using precisely ruled pencil lines;

the colours were laid down in turn ‚Äì white last. A close examination of

the painting’s surface indicates masking; the brush marks are consistently

horizontal ‚Äì even for the vertical forms. The rectangles are perfectly clean

This British artist has, in recent years, been rediscovered’ with a

touring Tate display (2013‚Äì2015) and a retrospective at Museum Haus

Konstruktiv in Z√ºrich (2017). Moss’s works, held in their respective

collections, were on the walls at the Stedelijk, Amsterdam, and the

celebrations across the Netherlands. She was up at Tate Britain for Queer

British Art, and Virginia Woolf: An Exhibition Inspired by her Writings at

Tate St Ives ‚Äì a queer context and a feminist one respectively. Inclusion

Moss arrived in Paris from London in 1927, long-established in

the persona and masculine dress of Marlow’ but unformed as an artist;

she was greatly moved by seeing the work of Mondrian. She attended

the Académie Moderne and, under Léger, became a non-figurative artist.

In 1931, her paintings featuring closely parallel lines, such as those seen

in this work, brought her to the attention of Mondrian, who saw that

she was augmenting his language of neoplasticisme. He subsequently

experimented with the double-line’ himself. On Mondrian’s

recommendation, Moss was invited to join the association Abstraction-

Création as a founder member alongside Vantongerloo, van Doesburg

Commentary by Lucy Howarth. Howarth completed her PhD on Marlow Moss at the University of Plymouth in 2008, and,

after teaching at UK universities, a spell in the Tate Research Department and curating internationally, 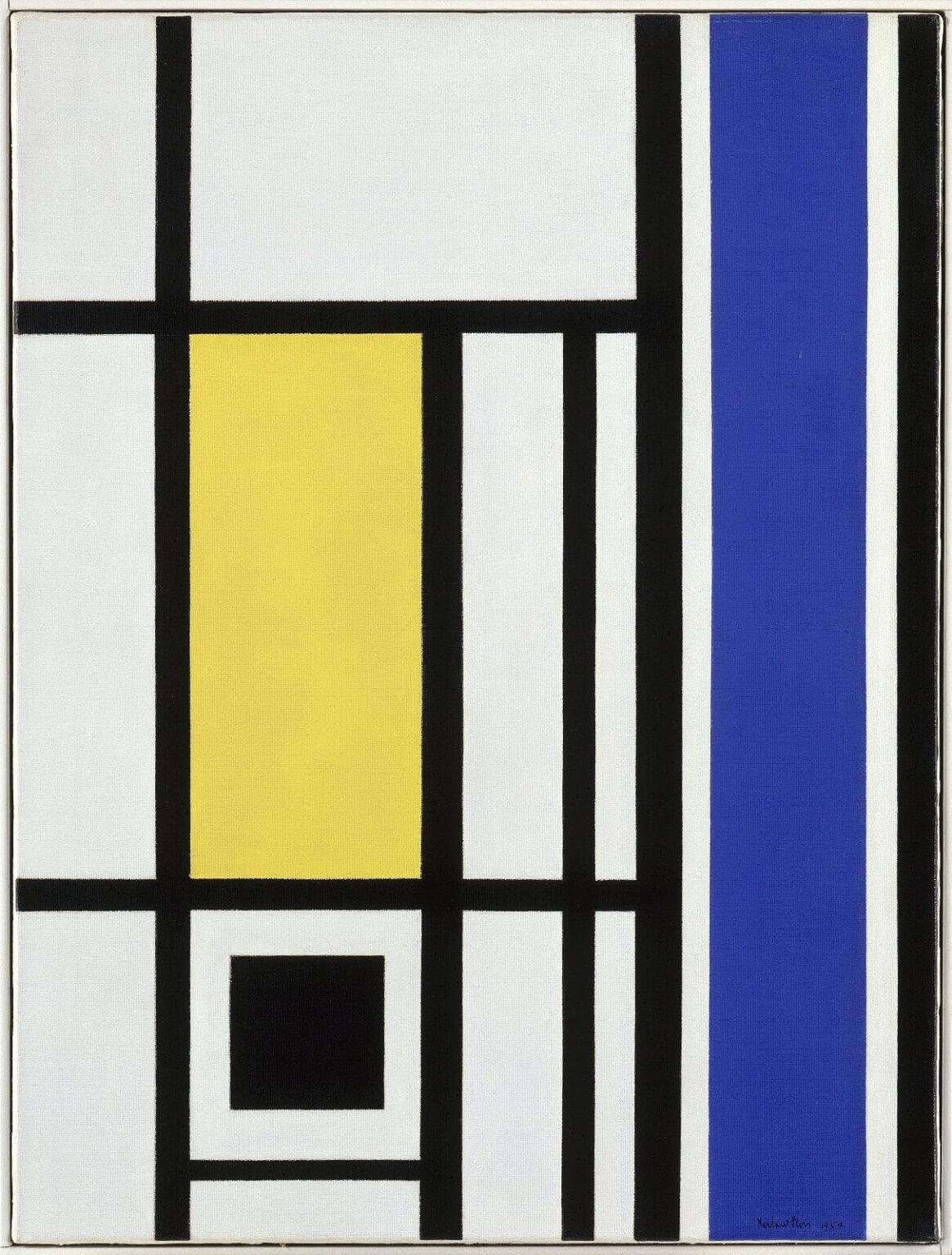 Marlow Moss (ne Marjorie) was born in London, and initially
attended the St John’s Wood School of Art and then the Slade
School of Fine Art. After formative years spent in Paris ‘ where
she became a founder member of Abstraction- Cr ation and met
her great influence Piet Mondrian (1872’1944) and her lifelong
partner the novelist A.H. (Netty) Nijhoff ‘ and then years spent in
Europe, the outbreak of WWII precipitated her settling in the far
west of Cornwall in 1941.

Her home and studio were in the village of Lamorna, on
the Penwith peninsular, just a few miles away from the famous
Modernists of St Ives ‘ yet there was hardly any contact between
them (her unanswered letters to Ben Nicholson are kept in the
Tate Archives). Moss’s comrades instead were the European
Constructivists ‘ Mondrian, Georges Vantongerloo (1886’1965),
Jean Gorin (1899’1981) and Max Bill (1908’1994). 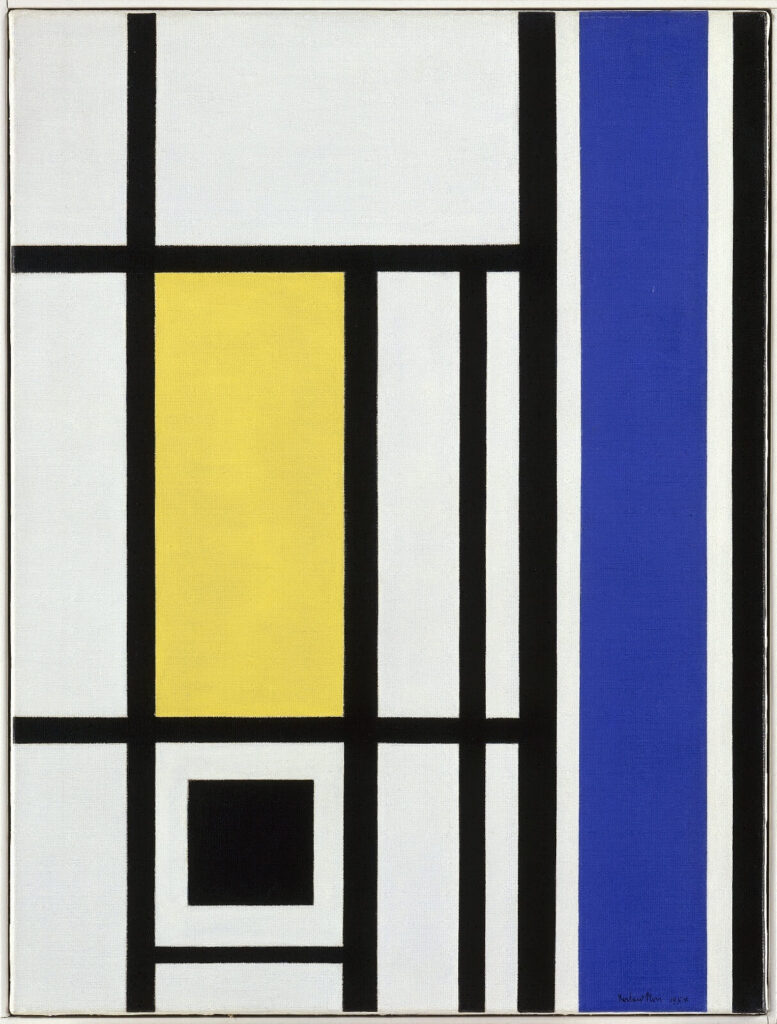