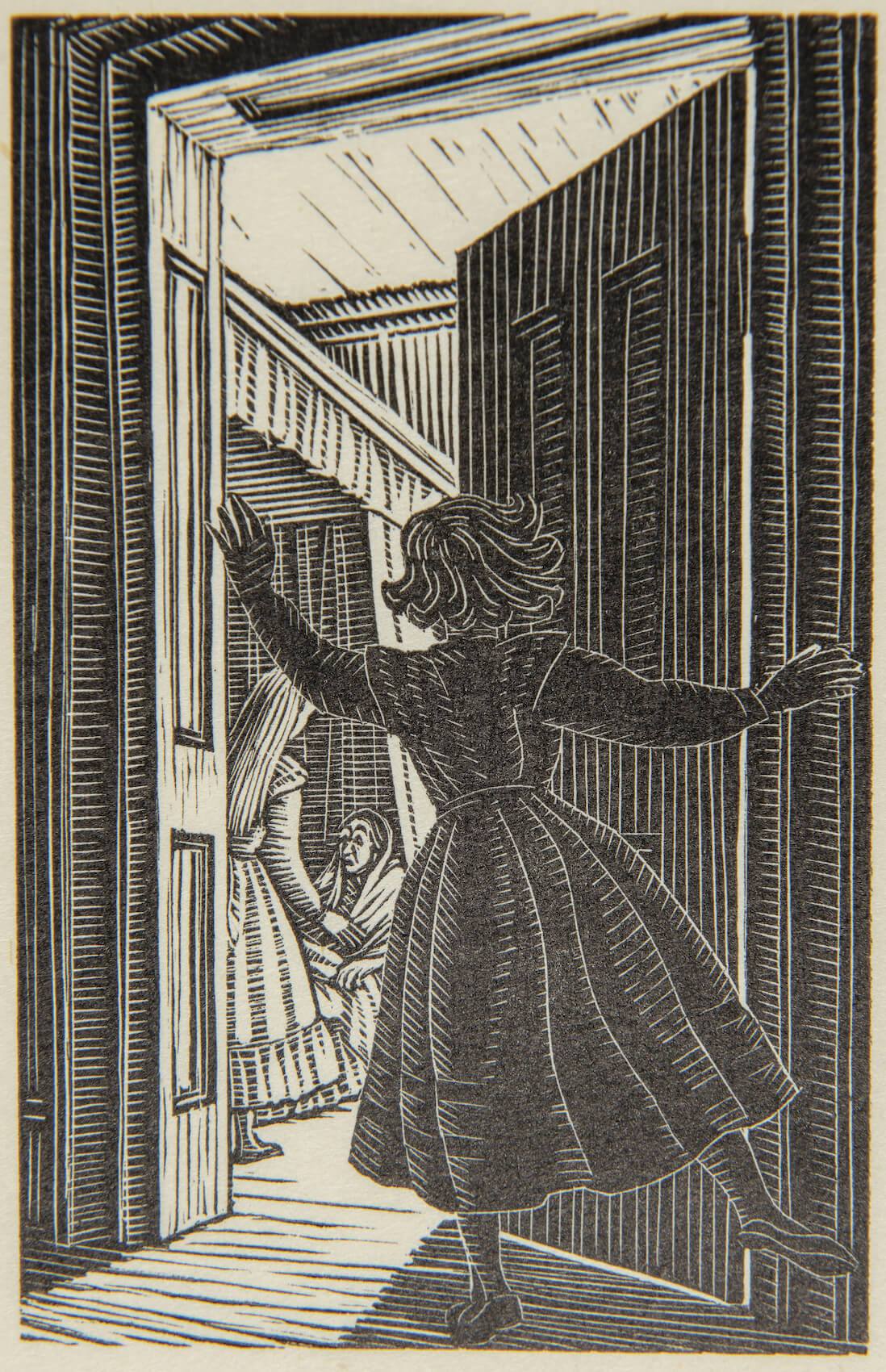 Whoop for the Runaway

The Princess Lost, No 1was produced by Gwen Raverat as an illustration for The Wild Swans by the well-
known Danish author Hans Christian Andersen. As a trial proof, it differs from the final editioned version

in which various details were further refined and the proportions of the composition altered. The fairy-
tale stories were popular in the mid-1920s in Britain, their escapism providing reassurance at a time when

the country was experiencing economic crises and social unrest. Raverat created this scene with simple
yet evocative white lines cut out of a black background. She trained at the Slade School of Fine Art in
London, and later played a fundamental role in modernising the technique of wood engraving in Britain.
In the ten years between The Princess Lost and Whoop for the Runaway there is a marked evolution in the
artist’s style as she moved towards a greater economy of line and design, exploiting the qualities of wood
engraving to their fullest potential. Raverat was especially interested in children’s fiction and most of her

book illustrations were produced from the 1930s. She spent most of her life in Cambridge and her child-
hood home is now situated within Darwin College, University of Cambridge, named after her grandfather, 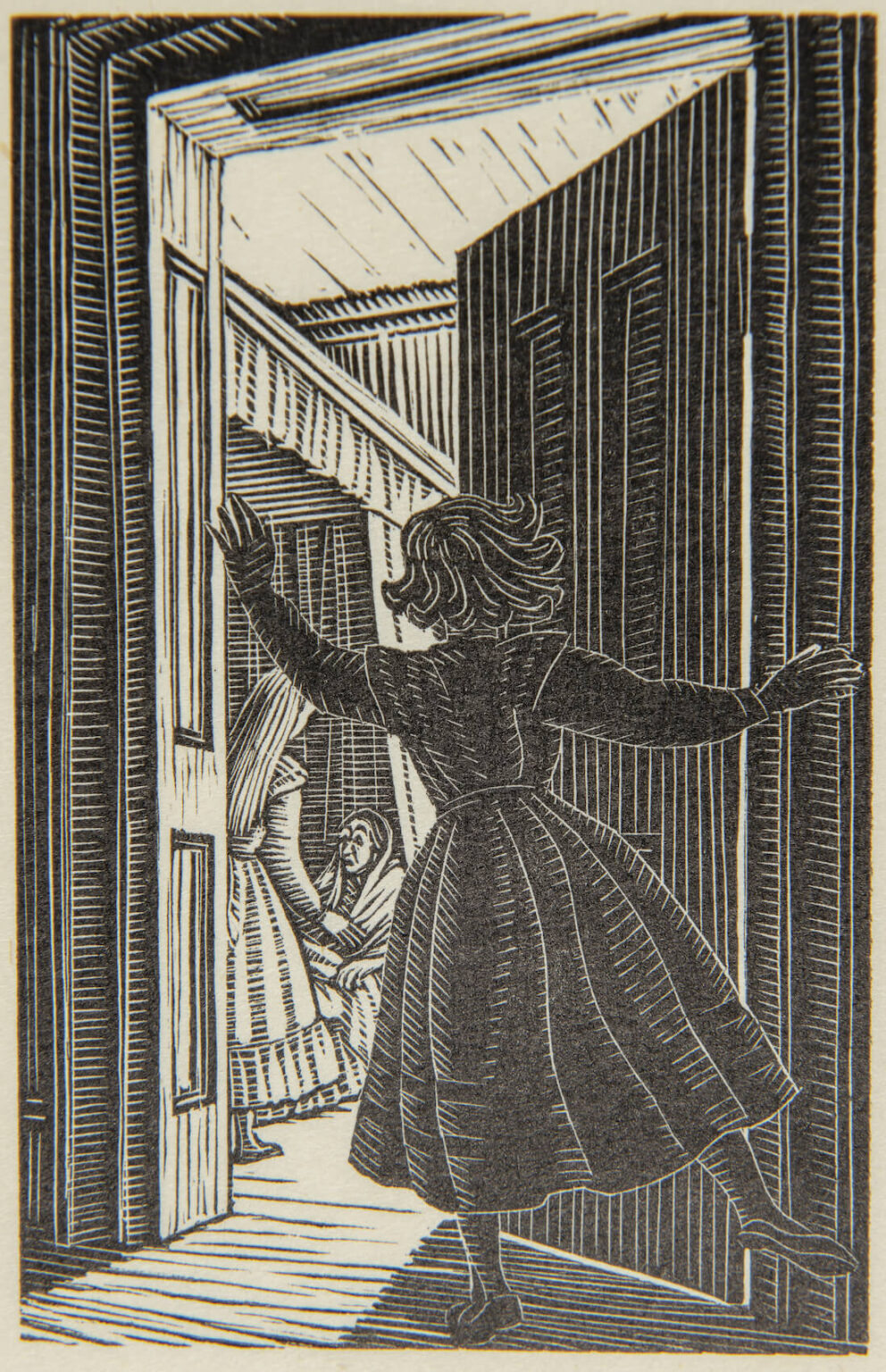 Painter and wood engraver known as Gwen Raverat. She was the granddaughter of Sir Charles Darwin and studied at Slade School of Art, 1908-11. On leaving the Slade School she married French artist Jacques Raverat and with him, emigrated to Vence in the South of France in 1920 where they stayed until his death in 1925. Raverat was a founder member of the Society of Wood Engravers and was constantly in demand as an illustrator, although she continued to paint. She designed for the stage and she was also a regular art critic for Time and Tide, for more than a decade from 1928.

She exhibited at the RA, NEAC, Redfern Gallery, Zwemmer Gallery, RSA, RHA, RE and the Cambridge Drawing Society. In 1987 a comprehensive exhibition of her work was shown at the Manor Gallery, Royston, Hertfordshire. Examples of her wood engravings can be found in the New Hall College, Cambridge, Fitzwilliam Museum, Museums Sheffield, NRM, V&A and BM. The London dealers Abbott and Holder held a successful exhibition of her work at their gallery in Museum Street in 2004 and over 500 works by her are archived at the Cambridge based Broughton House Gallery. 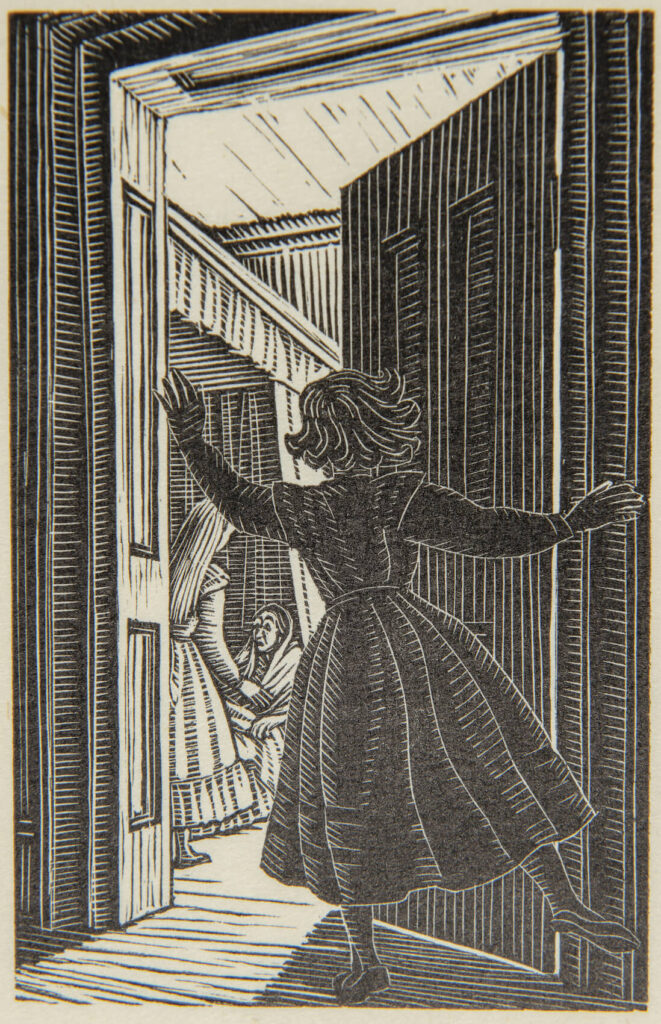