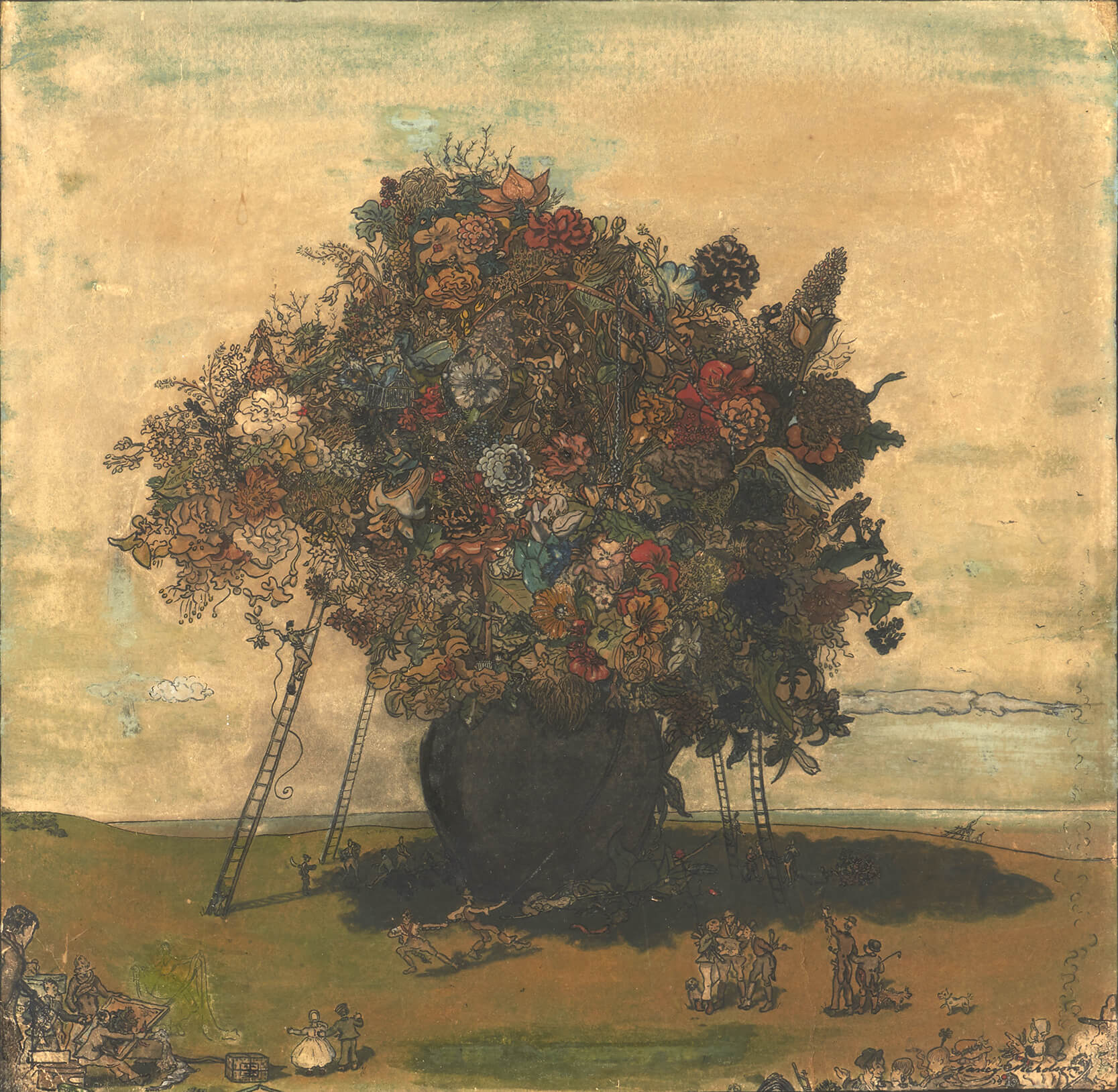 In his book Flower and Still Life Painting (1928), Charles Holme considered that William Nicholson’s popular
reputation is that of a flower-painter above all’ and that his work in this direction lies along the great line of
tradition’. It is hardly surprising, therefore, that Nancy Nicholson has depicted her distinguished father, with
her characteristic humour, painting a still life of flowers in a vase, any hint of spontaneity negated by the
group of diminutive men on ladders carefully arranging the stems. In the corner, Nancy’s husband Robert
Graves, newly demobilized from the army, towers above the scene.

Of this work, the writer Candia McWilliam has commented, the language is satisfying in composition as one
would expect of a printmaker, effective on contextualising and subversive levels as one would expect of a
dedicated feminist, and richly, acutely seen, transmuting an apparent still life into a telling human dynamic’. 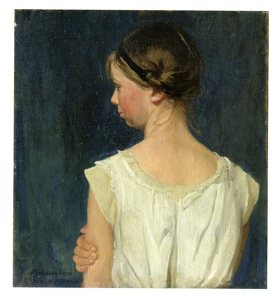 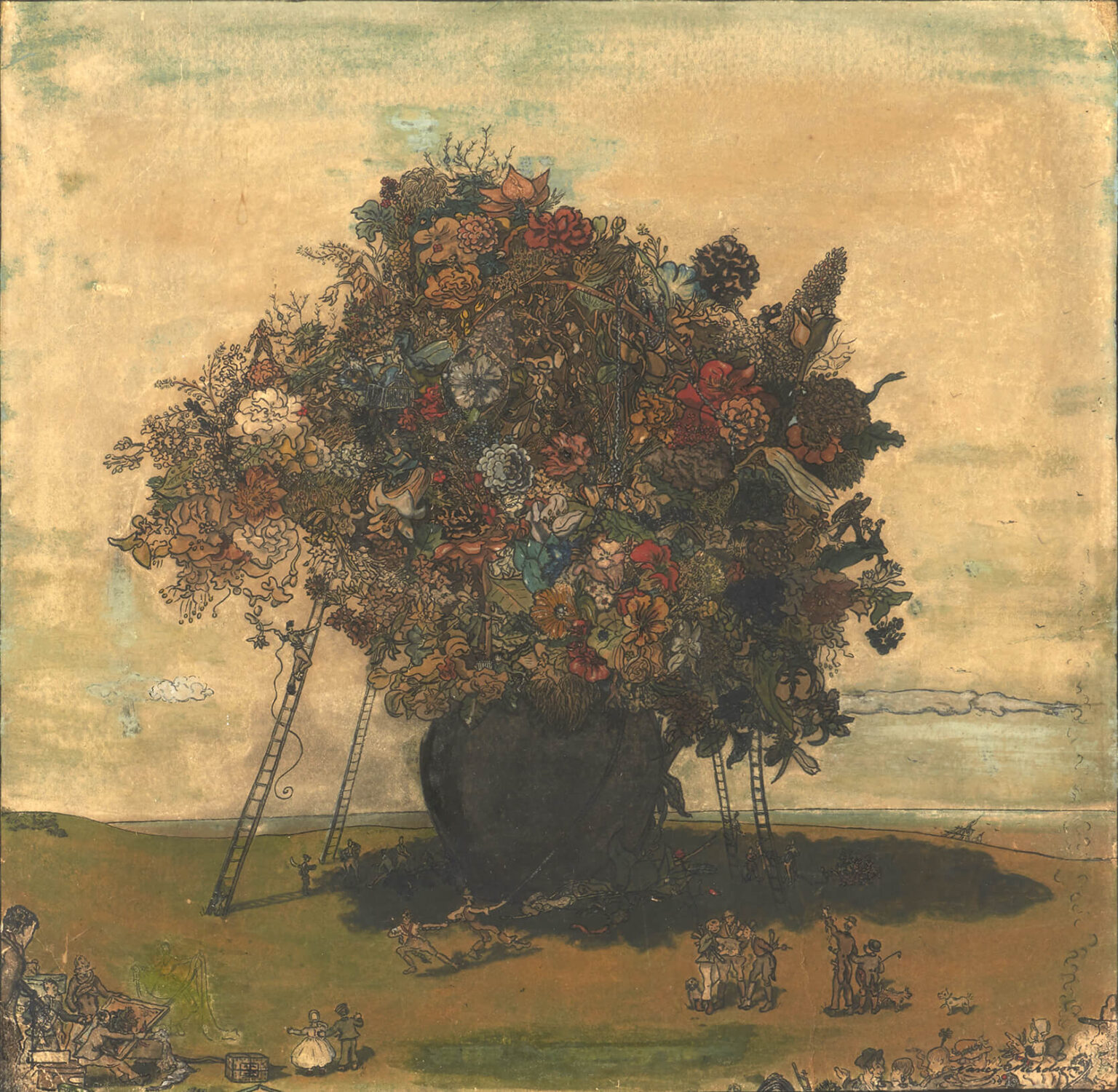 Annie ‘Nancy’ Mary Pryde Nicholson was a painter and fabric
designer, and the only daughter of esteemed artists Sir William
Nicholson (1872’1949) and Mabel Pryde (1871’1918).

She married the poet Robert Graves in 1918, although the
relationship was not to last. She established Poulk Prints in 1929,
and after a period living with poet Geoffrey Taylor in the 1930s,
she set up and collaborated with him on the Poulk Press. During
this time, she also worked with her brother Ben (1894’1982) and
his wife, the artist and sculptor Barbara Hepworth (1903’1975),
on numerous textile designs.

During the 1940s, she had a shop on Motcomb Street in
London where she printed and displayed her fabrics, and her work
was exhibited at the Victoria and Albert Museum in 1976. 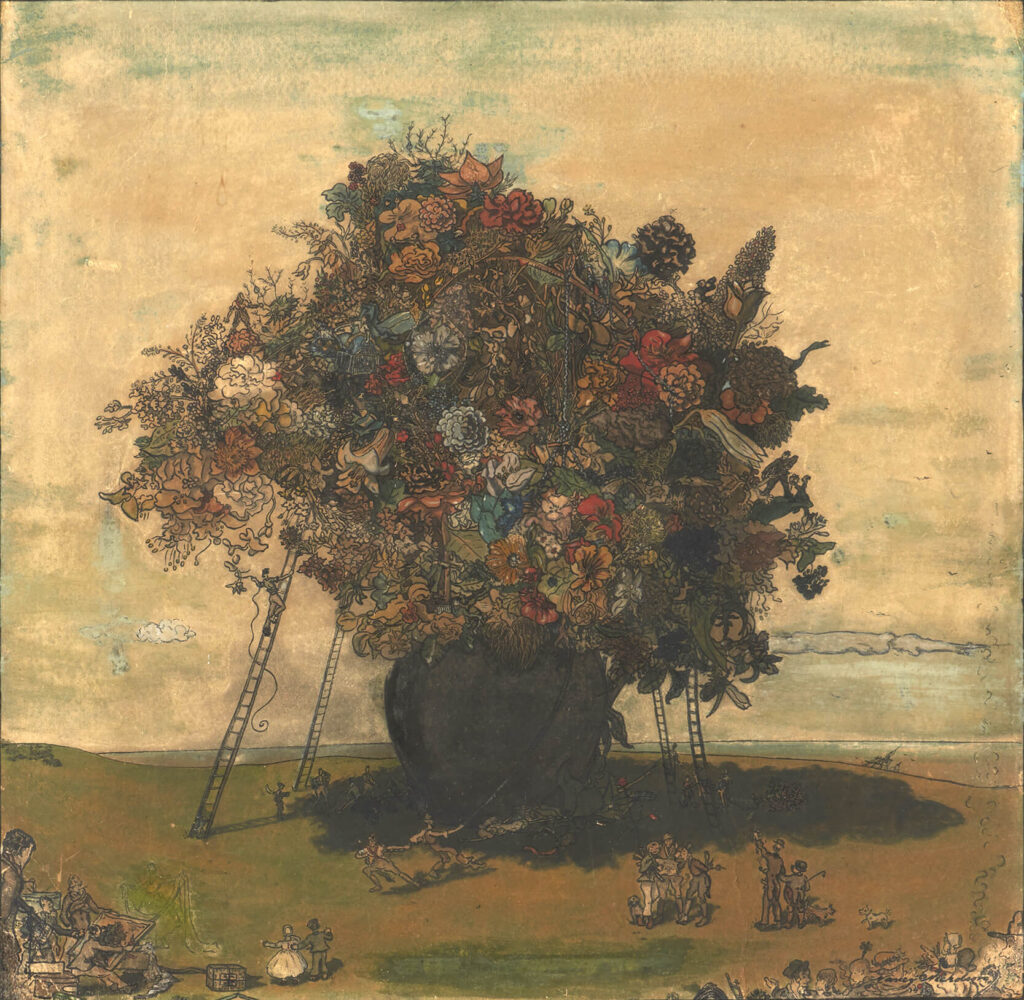