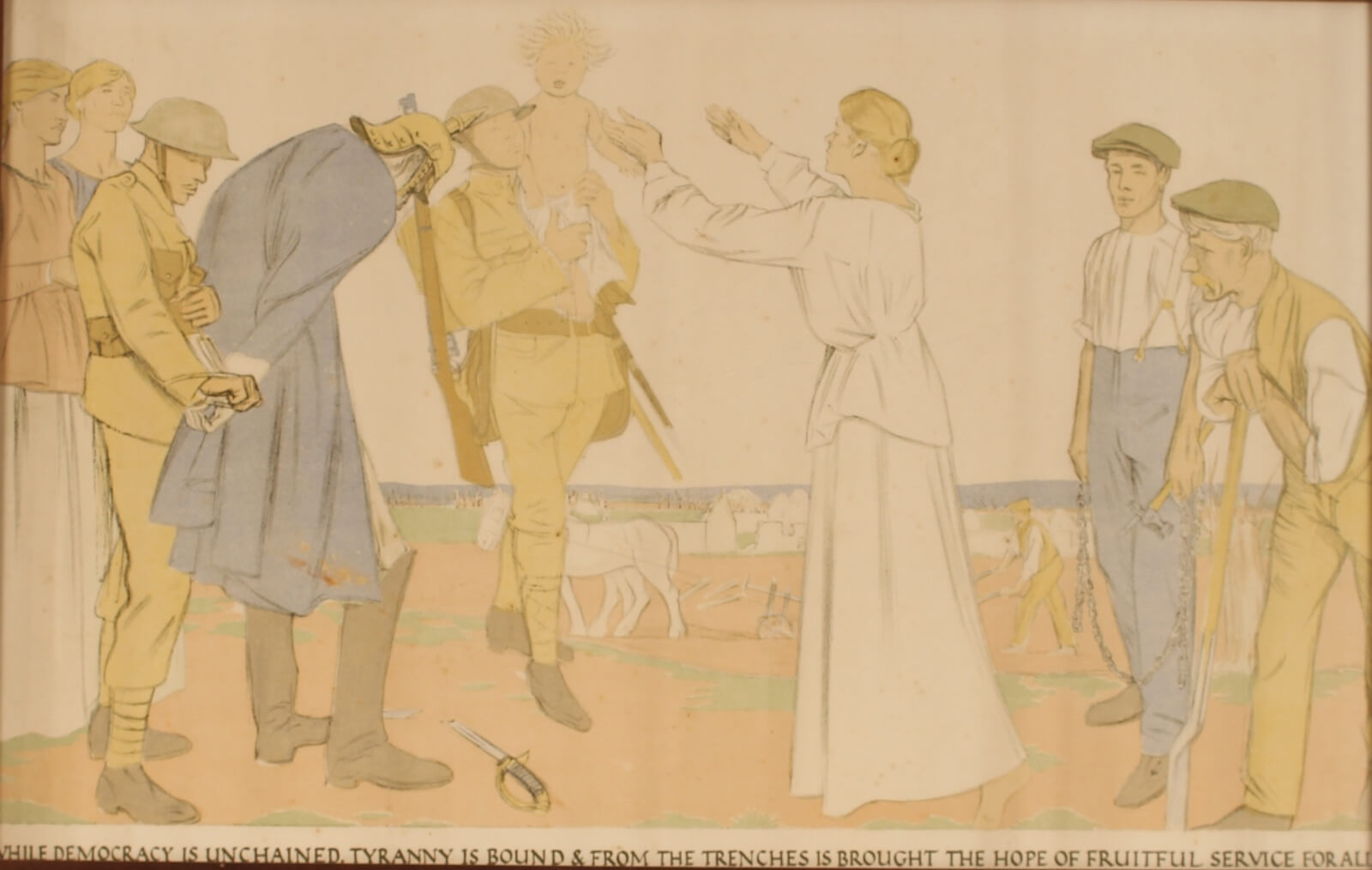 SKU: 10306
Signed and titled in the plate. Lithograph.

Democracy, in the form of a female figures, has been unchained, whilst the cloaked, bowed German solder symbolising Tyranny is handcuffed, and the hope for the Future, in the form of a baby is presented by another to the arms of Democracy.

Rothenstein worked as a painter, lithographer, draughtsman and writer. Born in Bradford he went on to study at the Slade School, London and the Académie Julian, Paris. From 1891 Rothenstein was drawing the interest of artists such as Degas and Pissaro. He was appointed official war artist to the British Army in France, 1917-1918, and to the Canadian army of occupation, 1919. In 1931 he was knighted.

This work forms part of the portfolio The Great War: Britain’s Efforts and Ideals, a series of 66 lithographic prints commissioned by the Ministry of Information in 1917. The series provide a broad and fascinating representation of Britain’s war objectives, military activities and effort on the Home Front. 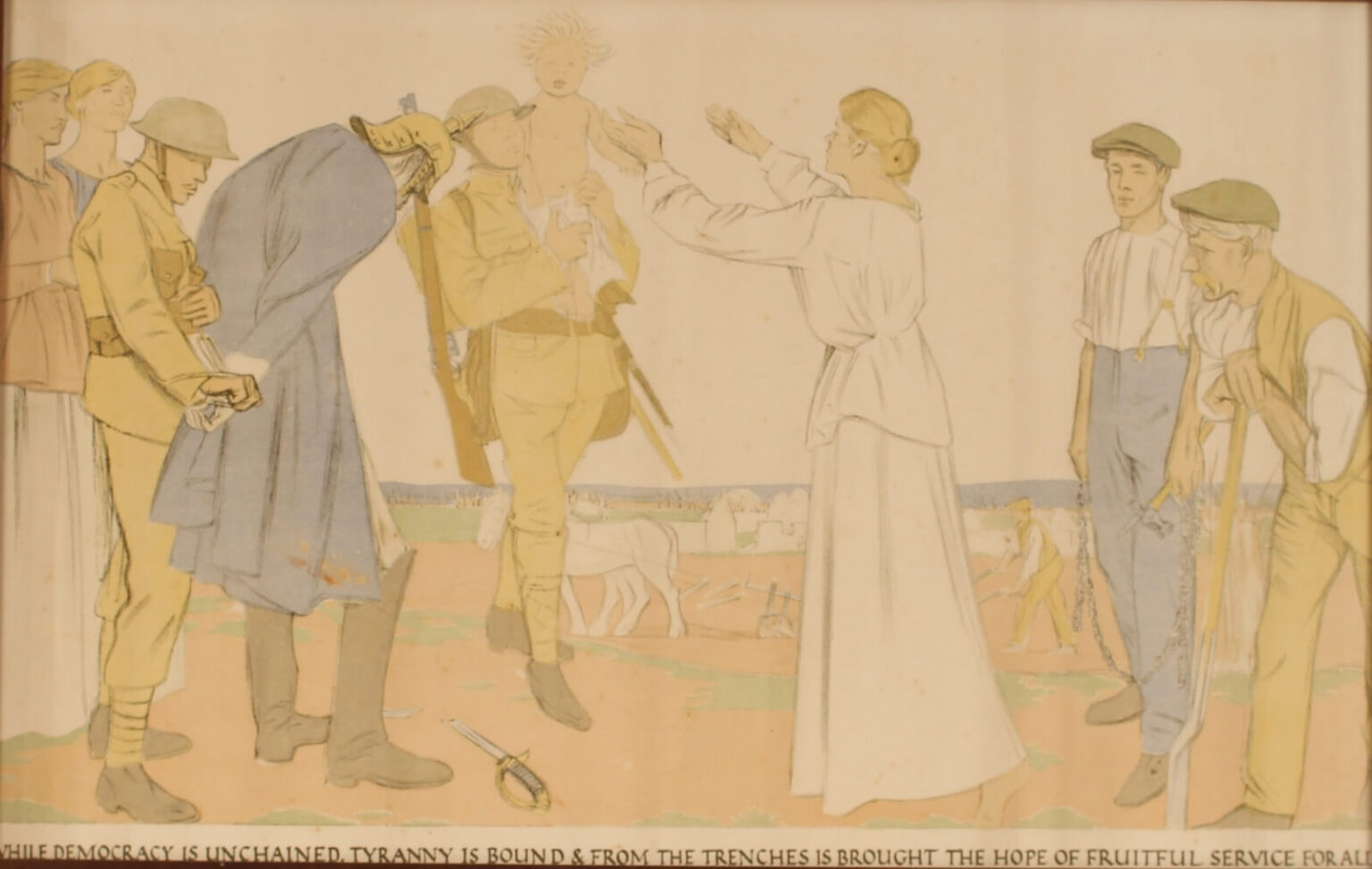 William Rothenstein was born into a Jewish family in Bradford, West Yorkshire and studied at the Slade School of Art (his teachers included Alphonse Legros) and in Paris, where he met and was encouraged by James McNeill Whistler and Edgar Degas. He was a friend of caricaturist and parodist Max Beerbohm. Rothenstein became known for his portrait drawings of famous individuals and was an official war artist in both World War I and World War II. He was a member of the International Society of Sculptors, Painters & Gravers.

Rothenstein maintained a lifelong fascination for Indian sculpture and painting, and in 1910 set out on a seminal tour of the Subcontinent’s major artistic and religious sites. This began with a visit to the ancient Buddhist caves of Ajanta, where he observed Lady Christiana Herringham and Nandalal Bose making watercolor copies of the ancient frescoes; and ended with a stay in Calcutta, where he witnessed the attempts of Abanindranath Tagore to revive the techniques and aesthetics of traditional Indian painting.

Rothenstein was Principal of the Royal College of Art from 1920 to 1935, where he encouraged figures including Jacob Epstein, U Ba Nyan, Henry Moore and Paul Nash. He wrote several books, including English Portraits (1898) and the autobiographical volumes, Men and Memories. He was knighted in 1931. 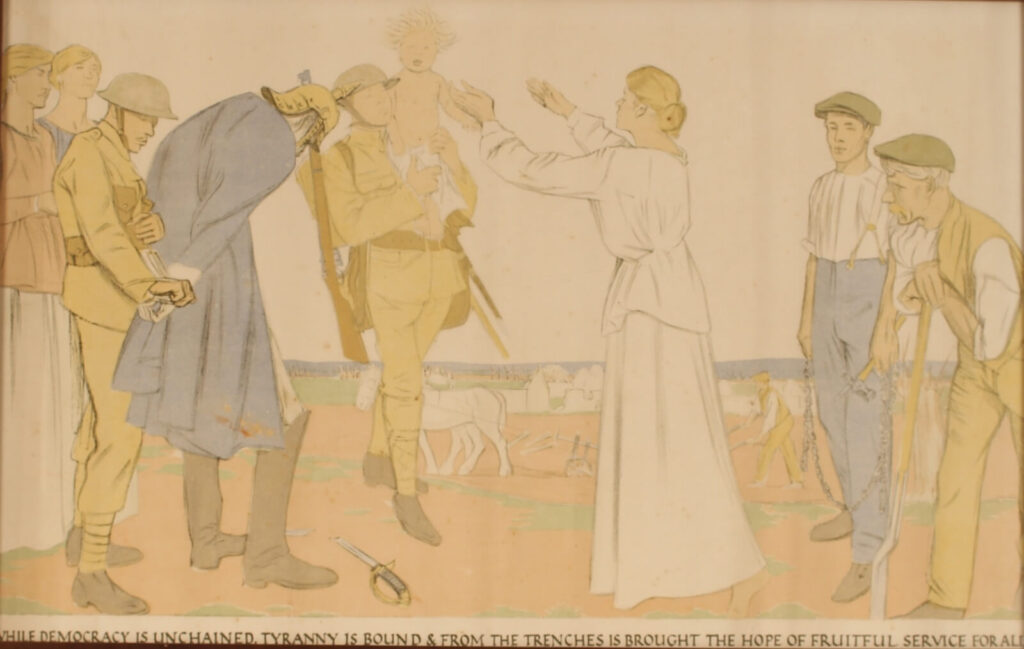 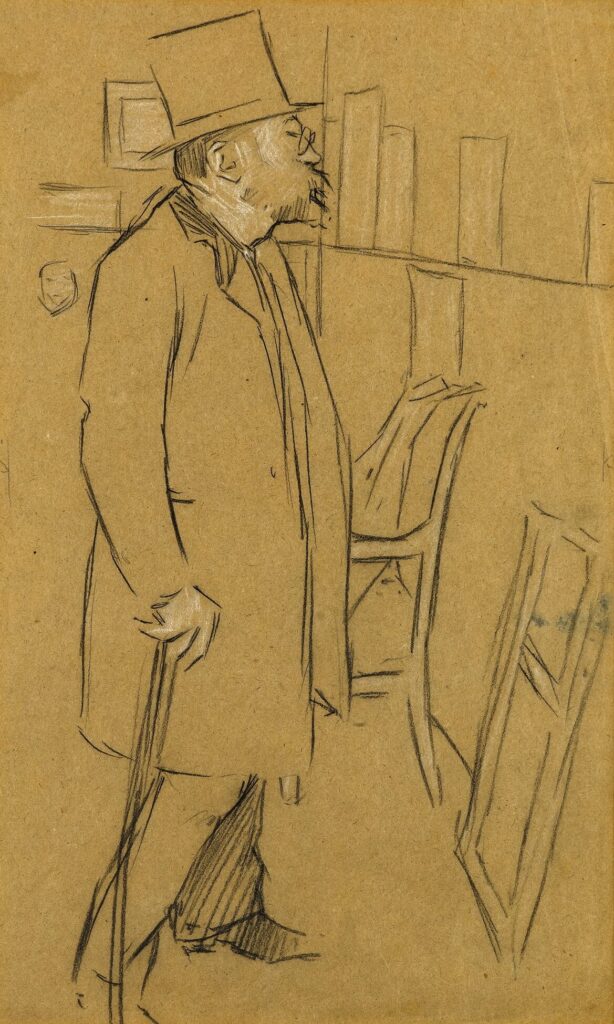