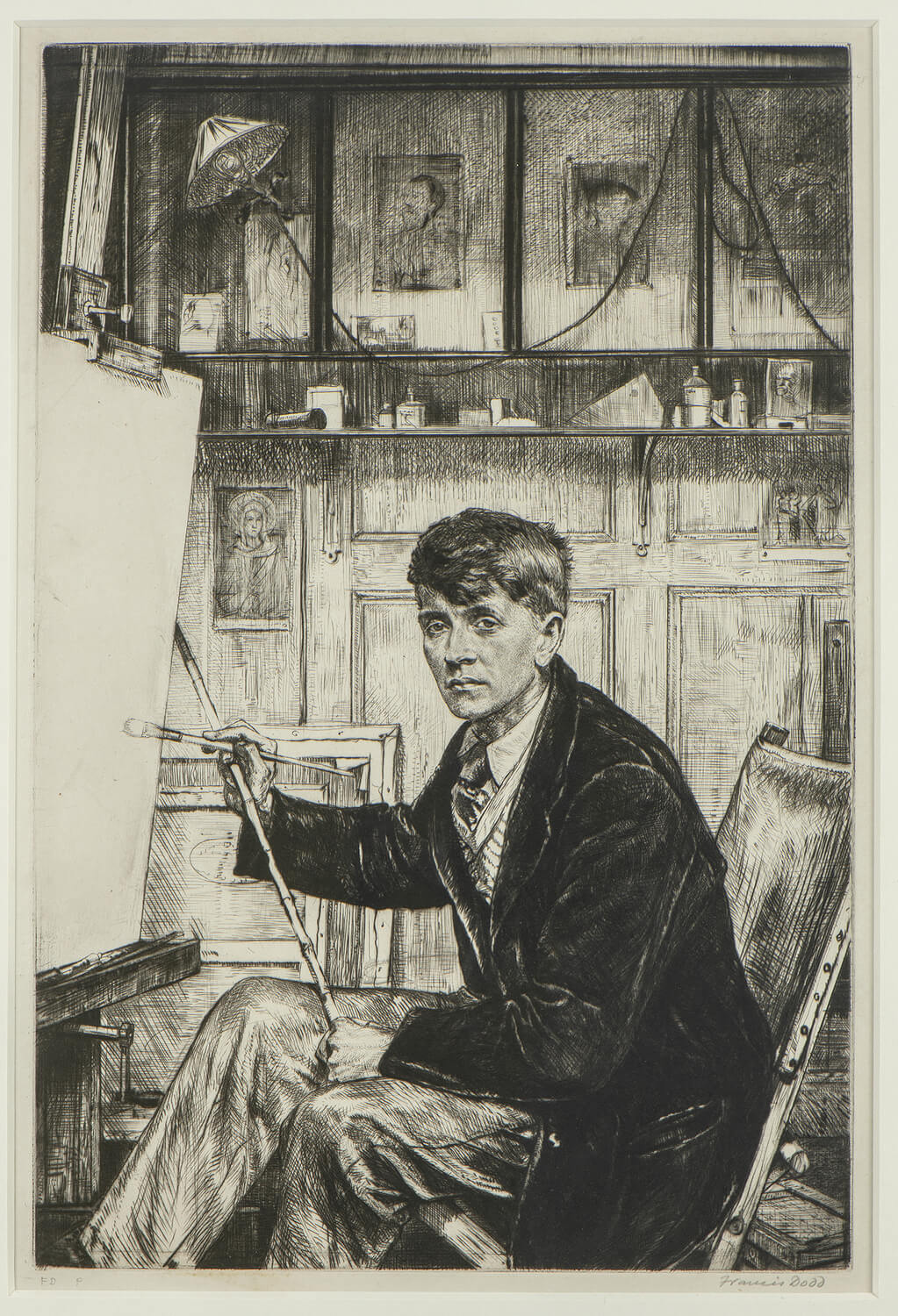 Dodd belongs to the second generation of the Etching Revival artists a movement, which arose in the second half of the nineteenth century, sought to bring original prints back into fashion. Rembrandt was considered the  great model, on account of his mastery of the technique, but also his experiments with different papers and inking. After initially working mainly as a painter, Dodd made his first drypoint in 1898, although his print production only truly began in 1907. The artist went on to use this technique regularly: it consists of cutting lines directly in the matrix with a sharp point. This spontaneous manner enabled him to make these very free portraits, especially because Dodd often finished his prints by working directly on the plate after the model.

Drypoint technique allows only a limited number of impressions, due to the rapid wear of the narrow, shallow grooves incised in the metal, under the pressure of the passages under the press.Dodd made the best use of the rough burr ‚Äì particles of metal deposited along the groove that retain the ink, characteristic of the passage of the drypoint ‚Äì to suggest the texture.

Charles Cundall(1890-1971) was born in Stratford, Lancashire. Studied at Manchester School of Art, obtaining a scholarship to Royal College of Art in 1912. After World War I Army service, he returned to Royal College in 1918, then studied at the Slade School of Fine Art in 1919-20 and in Paris. Cundall travelled widely in several continents and became noted for his panoramic pictures. He belonged to the New English Arts Club and exhibited extensively at the Royal Academy exhibitor. A painter and lithographer, Cundall (1890-1971) had his first one-man show at Colnaghi the year after this impressive portrait was made. During World War II, he was an Official War Artist. In 1944, he was elected to the Royal Academy.

Dodd was born in Holyhead, Anglesey, Wales, the son of a Wesleyan minister. He trained at the Glasgow School of Art alongside Muirhead Bone, who married Dodd’s sister Gertrude Helena Dodd. At Glasgow, Dodd won the Haldane Scholarship in 1893 and then travelled around France, Italy and later Spain. Dodd returned to England in 1895 and settled in Manchester, becoming friends with Charles Holden, before moving to Blackheath in London in 1904.

During World War I, in 1916, he was appointed an official war artist by Charles Masterman, the head of the War Propaganda Bureau, WPB. Serving on the Western Front, he produced more than 30 portraits of senior military figures. However, he also earned a considerable peacetime reputation for the quality of his watercolours and portrait commissions. He was appointed a trustee of the Tate Gallery in 1929, a position he held for six years, and was elected as an Associate of the Royal Academy in 1927 and a full Member in 1935. 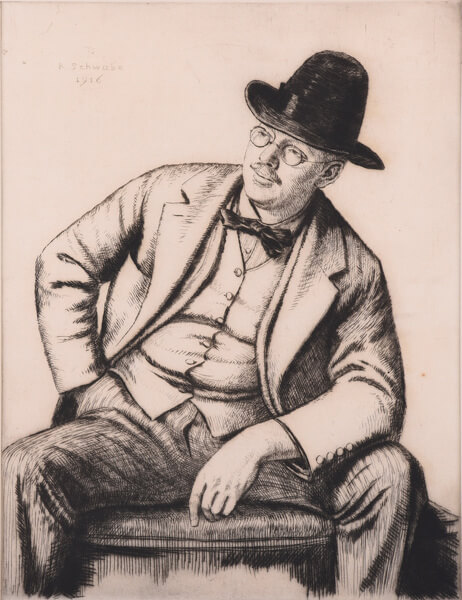 Draughtsman, painter and printmaker, especially of portraits, born at Holyhead , Anglesey. Studied at Glasgow School of Art under Fra Newbery and Archibald Kay, winning the Haldane Scholarship in 1893, travelling to France, Italy and later to Spain. For about 10 years from 1895 lived in Manchester, then settled in Blackheath in southeast London, which he often painted and drew. Dodd was an Official War Artist during World War I and was a trustee of the Tate Gallery, 1928-35, being elected RA in 1935. Dodd exhibited extensively at NEAC, RA and RWS and at many other venues and his work is in a number of British public collections, including Tate Gallery, in South Africa and Australia. His work is comparable to that of his brother-in-law, Muirhead Bone, although Dodd can be lively and perceptive portrait painter: witness his portraits of the critic Edward Garnett in the Tate Gallery and the painter Henry Lamb in Manchester’s City Art Gallery. A retrospective of Dodd’s work was held at Cheltenham in 1944. Memorial shows took place at Bluecoat School, Liverpool, 1949, and South London Art Gallery, 1950.