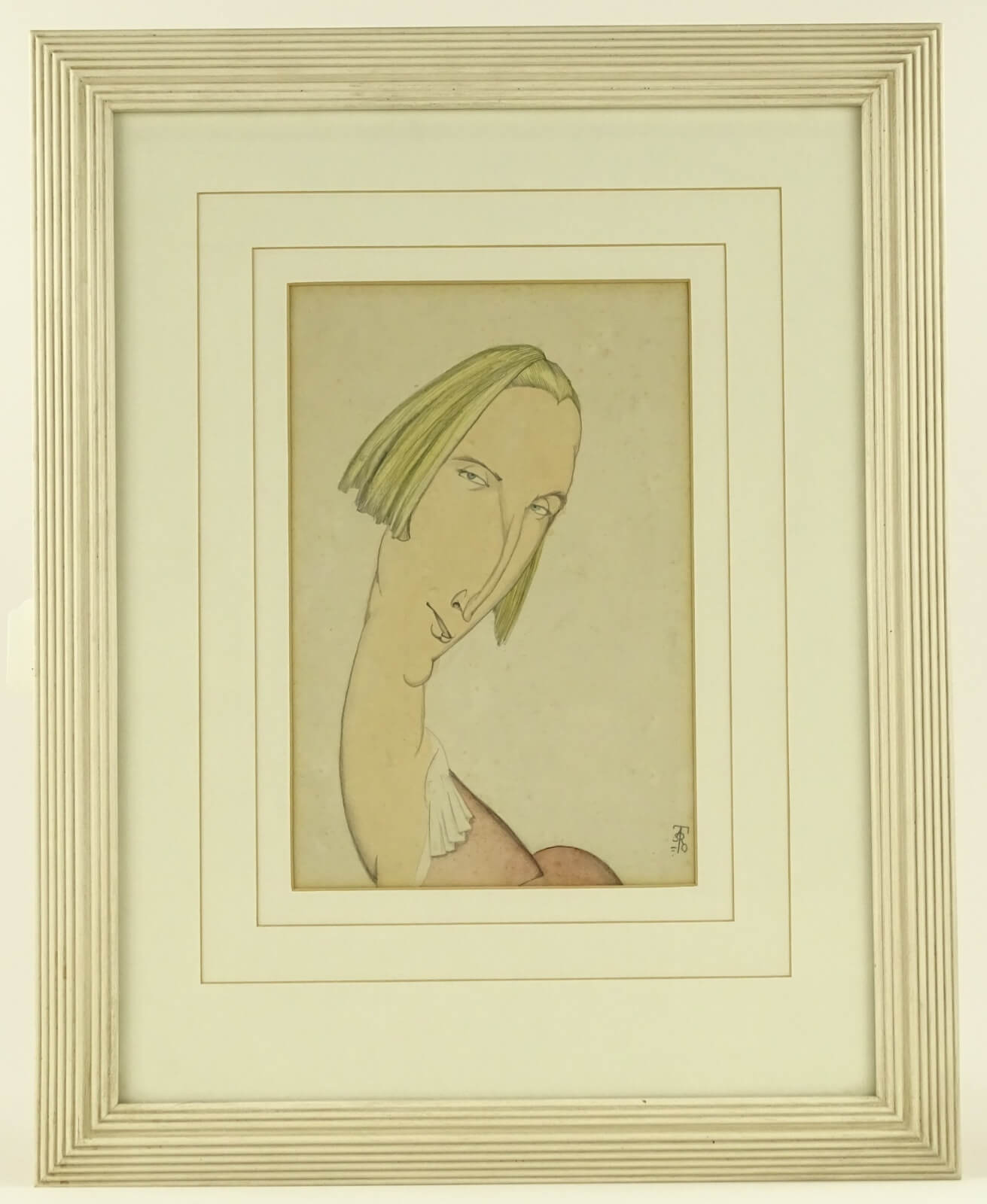 Edith Sitwell (1887 – 1964) was an English poet and critic. While renowned for her avant-garde writings of the 1920’s and 30’s, Sitwell is perhaps best known for the’Parade’ poems, which were set for music-theatre performance by the composer William Walton.

She was the sitter in a number of portraits by some of the finest modernist painters, including Wyndham Lewis (Tate Collection), pictured below. 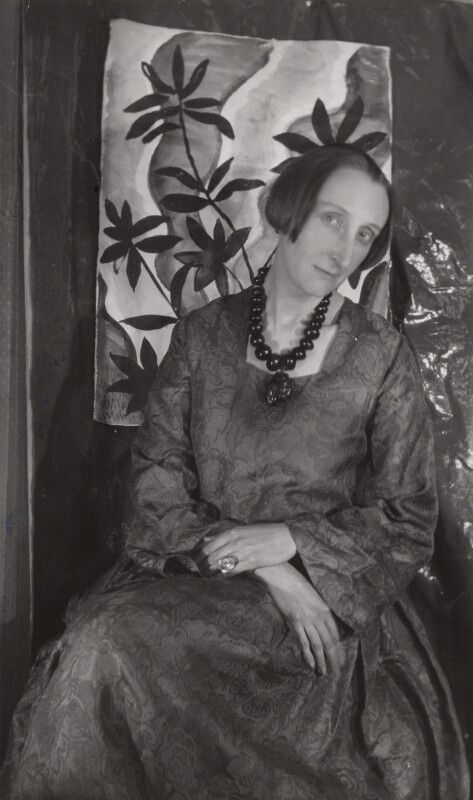 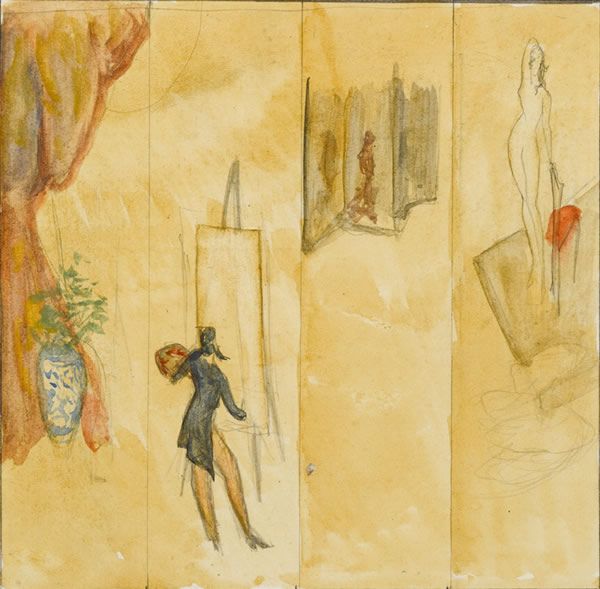 Painter in various media, draughtsman and teacher, born in Dublin as Albert Victor Ormsby Wood into a cultivated family. After attending Aravon School, a private school at Bray, in 1920s entered Metropolitan School of Art in Dublin. For several years worked in stained glass studios of Harry Clarke, sometimes modelling for him. Towards end of 1920s moved to London, married, exhibited at RA and RHA and opened his own art school. After volunteering for the British Army he was badly wounded in the London Blitz and was invalided out. In 1949 moved to Ansty, Sussex, where he lived the life of a reclusive artist, in 1960 moving to Hunstanton, Norfolk, where his eyesight continued to deteriorate, so that he used a jeweller’s eyeglass to paint. For many years Wood created highly stylised pictures of women and wrote erotic fiction. Examples were shown in the exhibition A Voyeur in Art at Michael Parkin Gallery, 1992. 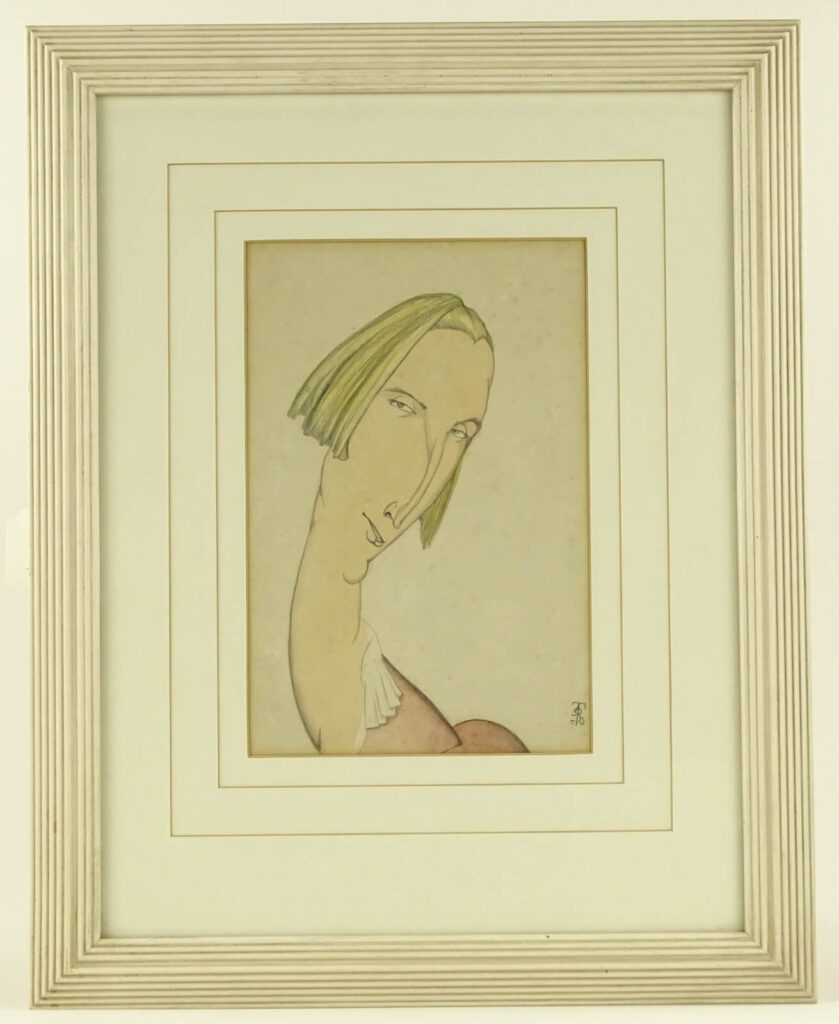