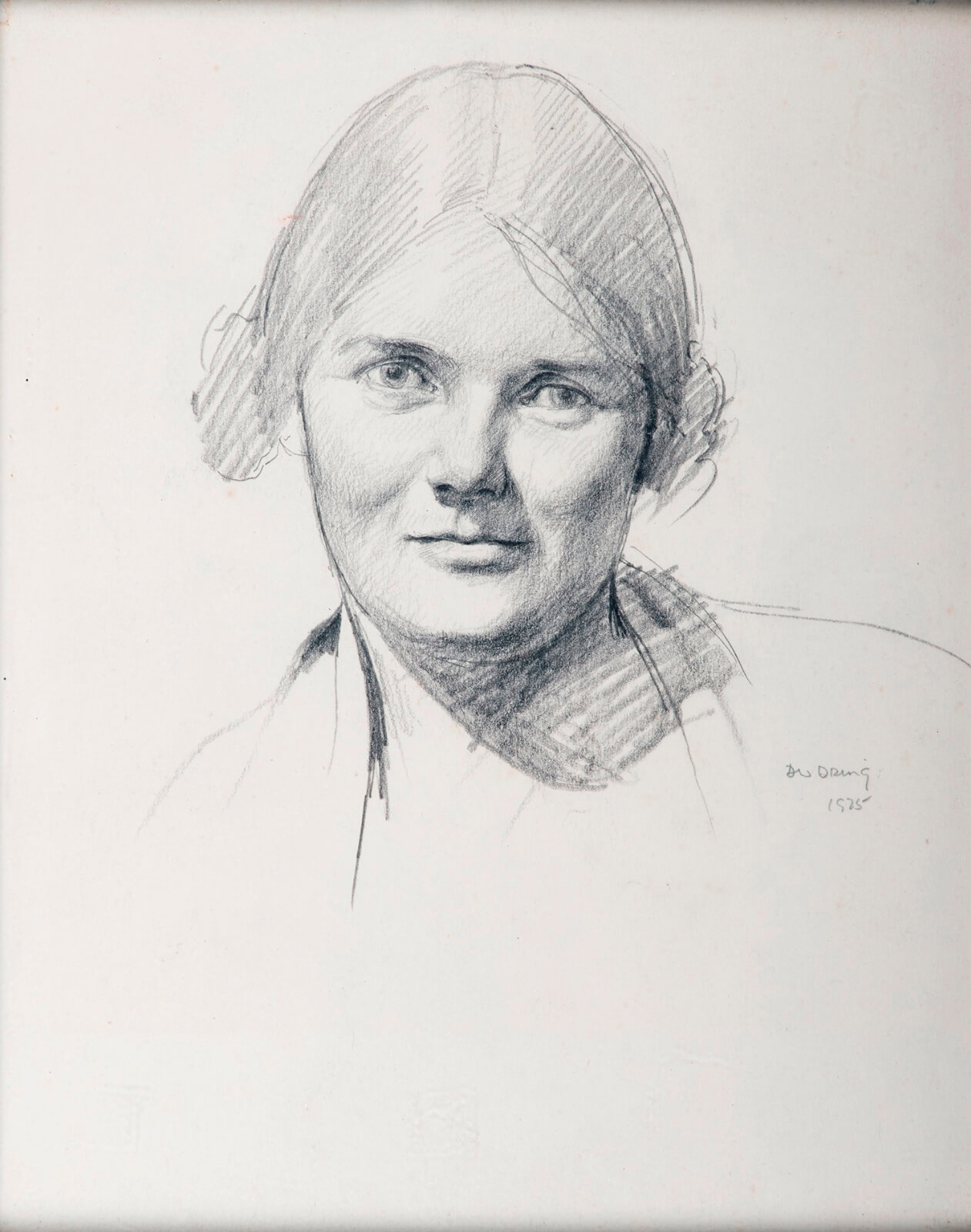 SKU: 9220
Signed and dated, titled on label to reverse
Pencil

In a tabernacle frame, possibly of the artist’s own design 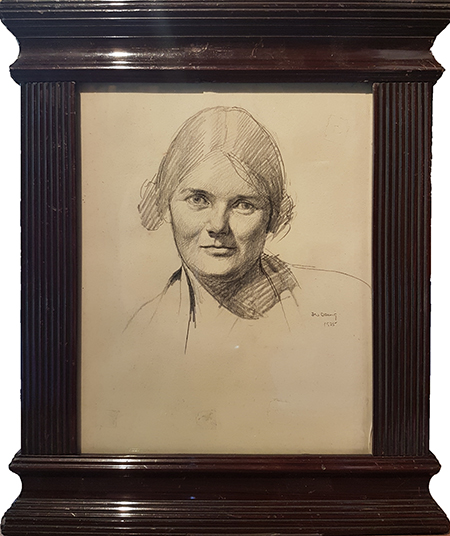 The sitter is the artist Grace Elizabeth Rothwell, later to become the artist’s wife.  This portrait was made shortly after the two artists met at the Slade. They  married on New Year’s day in 1931. Under the name of Elizabeth Rothwell she showed at the New English Art Club and the Royal Academy of Arts during the late 1920’s and early 30’s but after the birth of her children she largely gave up painting and reverted to textile design. ‘Gray’ Dring as she was known to family and friends has examples of her textile work in the collection of the Victoria & Albert Museum. Their daughter Melissa Dring is also an artist.

We are grateful to www.artboigs.co.uk 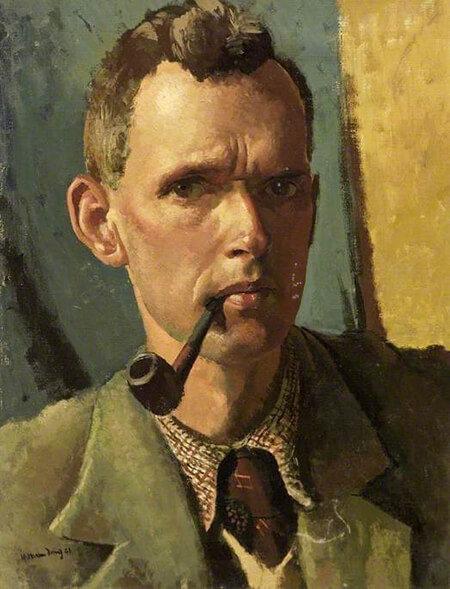 Dennis William Dring was born in Streatham, London and studied at the Slade School of Fine Art between 1922 and 1925, where he won several prizes and scholarships. He taught drawing and painting at the Southampton School of Art until 1942.

At the start of the Second World War Dring completed several portrait commissions for the War Artists’ Advisory Committee, WAAC. In early 1942 he resigned from Southampton School of Art to work on a full-time contract for the Committee, specialising in Admiralty portraits. He travelled extensively within Britain at this time, painting subjects in Portsmouth, Scotland and the Western Approaches.
In the late summer of 1943 he was given a second full-time contract which included more general subjects. His final war-time contract with WAAC saw Dring working on portraits for the Air Ministry throughout 1944 and 1945.
Sixty-four of Drings war-time portraits, mostly pastels are in the collection of the Imperial War Museum, who also hold five oil paintings by him.
There are a further forty of his wartime works at the National Maritime Museum, mostly pastel portraits.
Drings’ post-war career included notable portraits of Sir Frank Stenton, Austin Hopkinson and of Cecil Hurst, family groups and landscapes plus portraits of members of the Royal Family. He recorded the presentation of the freedom of the City of London to the future Queen Elizabeth in 1947 and produced a series of five portraits for Lincoln’s Inn that included pictures of both Lord Hailsham and Margaret Thatcher.
Dring was a frequent exhibitor at the Royal Watercolour Society and at the Royal Academy, RA. He became an associate member of the RA in 1944 and a full academician in 1955.
Go to artist page