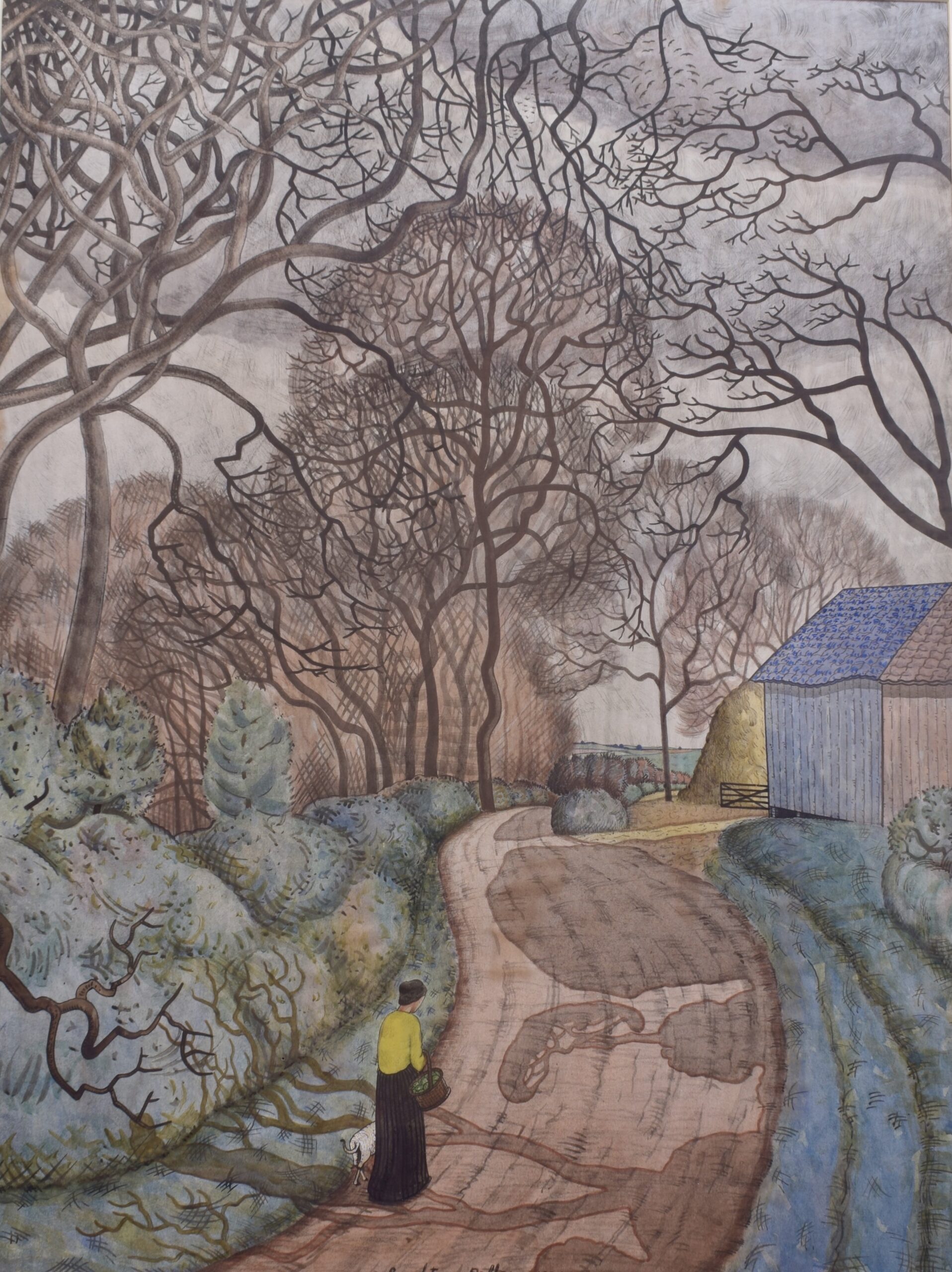 Scene Near Southrepps in Norfolk, 1924 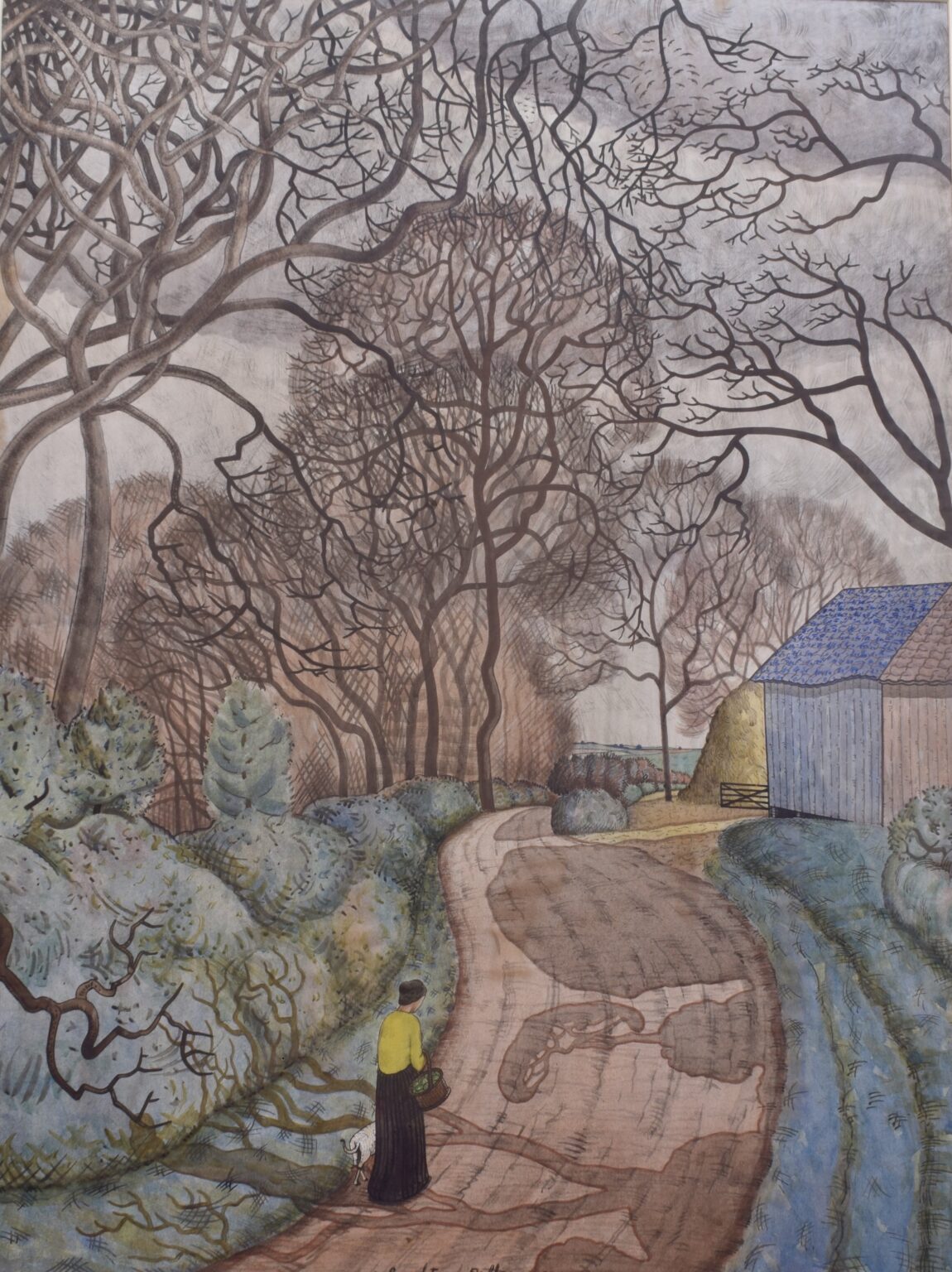 Painter and wood engraver, born at Redruth in Cornwall. After a few years in Vancouver, Canada he returned to England in 1901 where he was brought up in Blackheath, London. He studied at the Slade School, 1907-11 where his peers include Paul Nash and Mark Gertler. He converted to Roman Catholicism and became a conscientious objector during World War I and was gaoled for his beliefs. Some of his subsequent works have a religious theme. After he was released from prison he married Kechie Tennant, a painter, and they lived for most of their lives in rural isolation at Southrepps in North Norfolk, although they made frequent visits to Bavaria. Among his important works can be counted the wood engraving ‘Mother’, produced in 1931, for which his wife Kechie modelled. Although the most commonly seen prints by Pellew are religious, this only accounted for a minor proportion of his output. Pellew exhibited at the NEAC, RHA, RSA, GI and at the Goupil Gallery. In 1990, his reputation was revived by an exhibition at the Michael Parkin Gallery, London. Examples of his work are in the collections of Hove Museum & Art Gallery, Ashmolean, Oxford, BM, BC, V&A and the Hunterian, Glasgow. His surname is sometimes hyphenated as Pellew-Harvey. 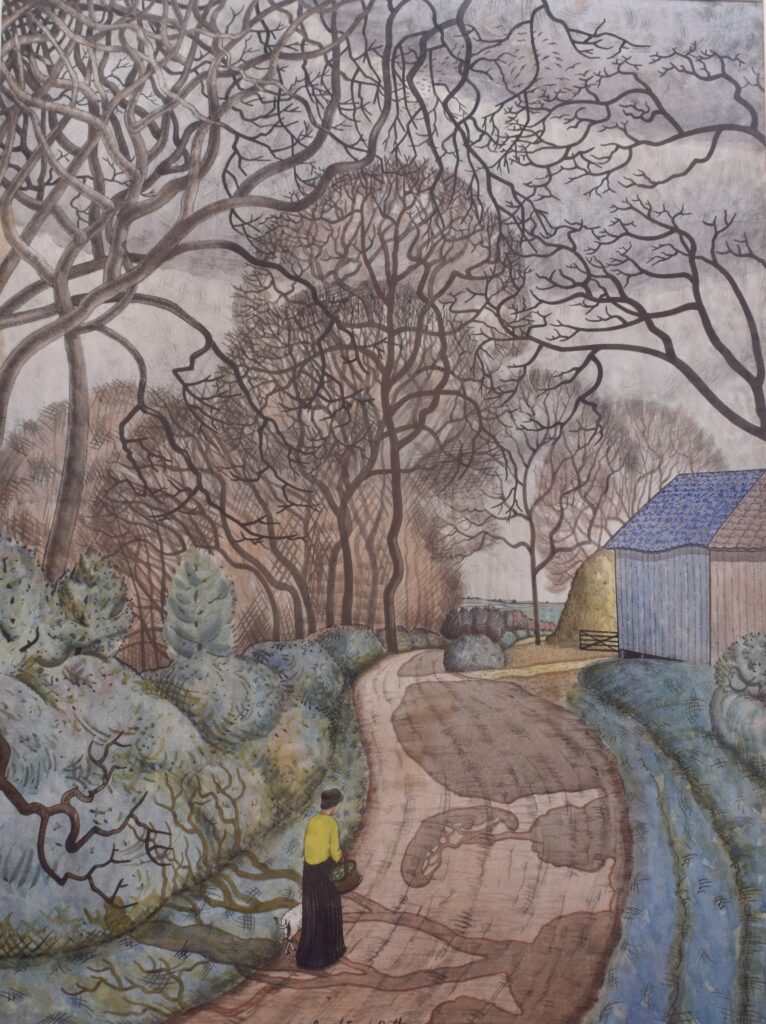