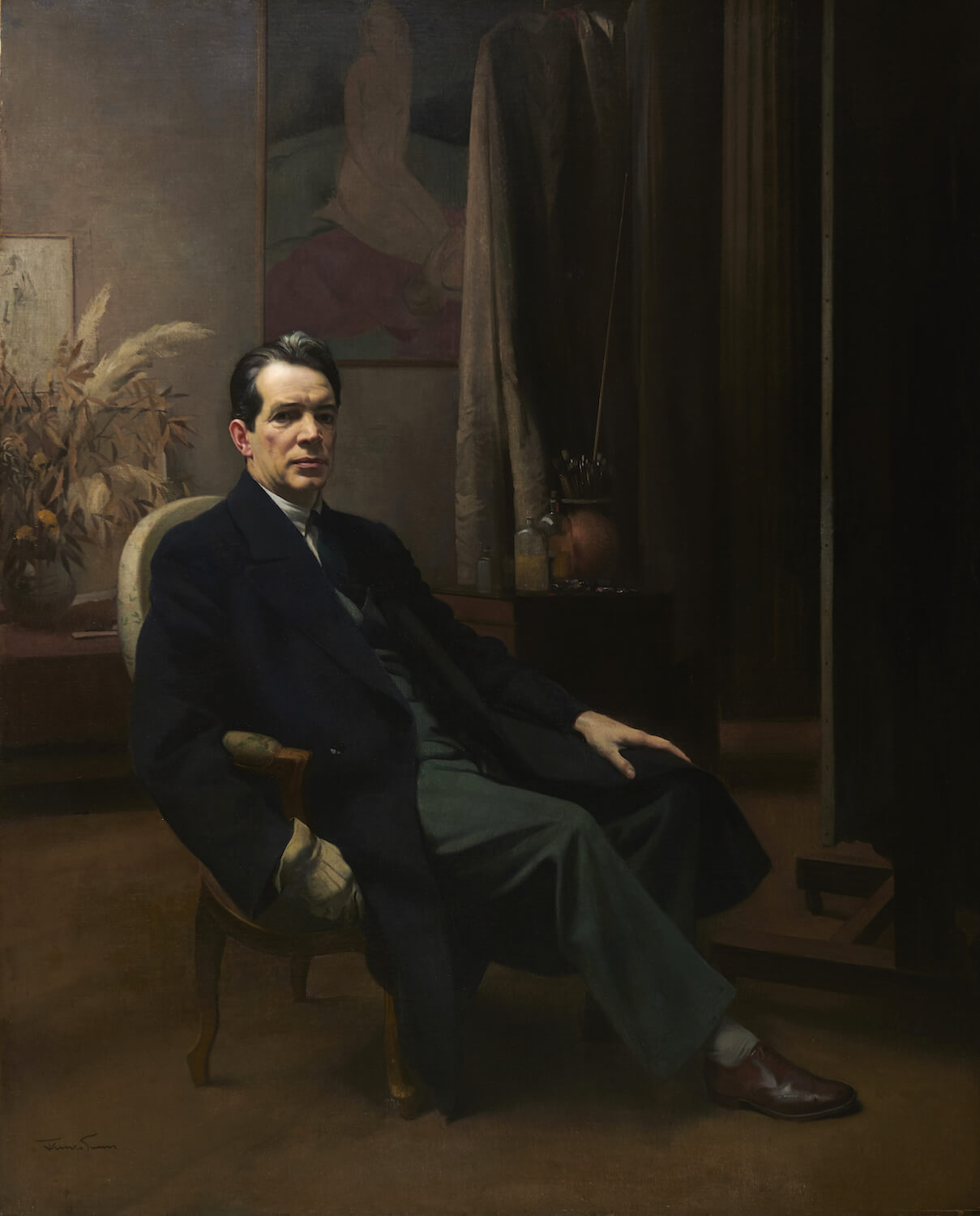 Glasgow-born artist (Herbert) James Gunn briefly studied art at Glasgow and Edinburgh before moving to the Académie Julian in Paris in 1911.

In 1929, Gunn decided to devote himself to portraiture and soon established a prolific and successful career in London. His portraits are understated and technically brilliant, with a close attention to detail. His distinguished sitters included Queen Elizabeth, Prince Philip and the Queen Mother, as well as a plethora of prime ministers, field marshals, judges, dons, bankers and actors.

Self-portraits by Gunn are rare, and this work is far grander in style and execution than an earlier known example painted in the mid 20s. The painting shows Gunn at his studio-home in Pembroke Walk, Kensington, during World War II. In fact, Gunn spent much of the war years with his family in Carsethorn, a seaside village on the Solway in Kirkcudbrightshire,  so the underlying mood of this self-evocation is all the more poignant. A consequence of London’s wartime blackouts, whilst in the capital Gunn portrays himself as an artist languishing in Stygian gloom – striking a pose between melancholia and heroic patriotism.

Using a formal and statesman-like composition, Gunn show himself impeccably dressed, as he would have been to receive his most distinguished sitters, surrounded by the theatrical regalia of his profession: props, drapes, paints, brushes, and his mahl stick, which juts out of the vase behind him. The nude study on the wall can be identified as a work that sold at Christie’s in 2010. 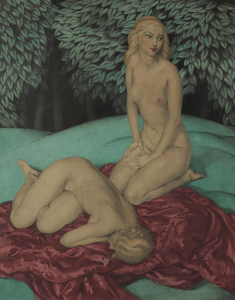 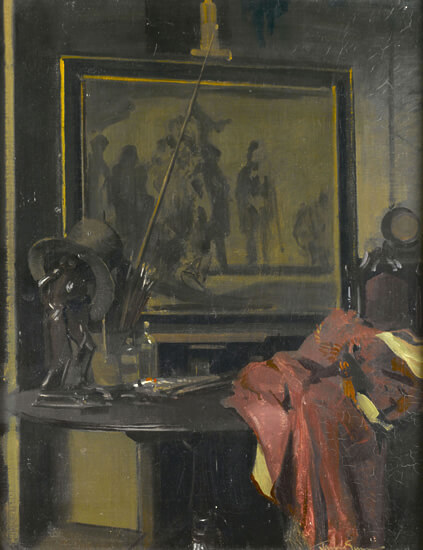 Painter, born in Glasgow, Scotland who studied at Glasgow School of Art, Edinburgh College of Art and at the Acad mie Julian in Paris under J.P. Laurens. His life as a painter was interrupted by World War I, in which he lost two brothers, and he enlisted with the Artists’ Rifles in 1915 being commissioned into the 10th (Scottish) Rifles in 1917. James Gunn as he was known exhibited at RA, RSA, Paris Salon and elsewhere. Elected an Associate of the RA, 1953, and RA, 1961, RSW, 1930 and was also President of the Society of Portrait Painters. He painted the State Portrait of HM Queen Elizabeth II in her 1953 coronation robes and was knighted in 1963. The SNPG held a retrospective exhibition in 1994. 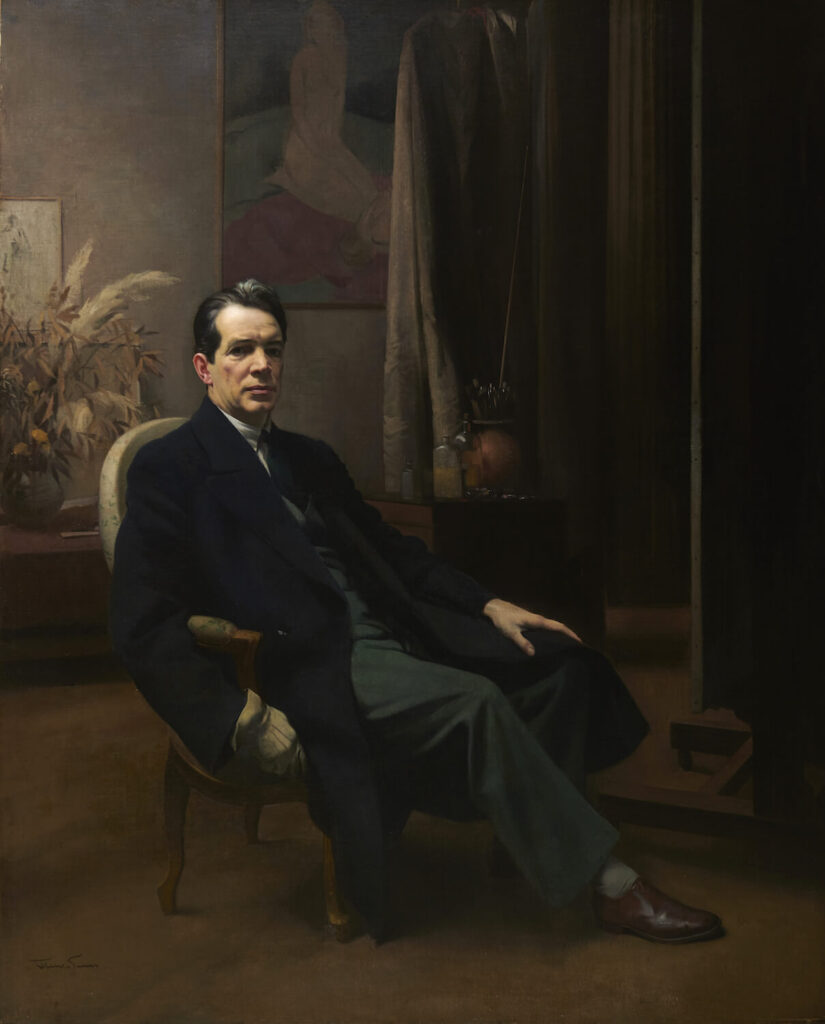