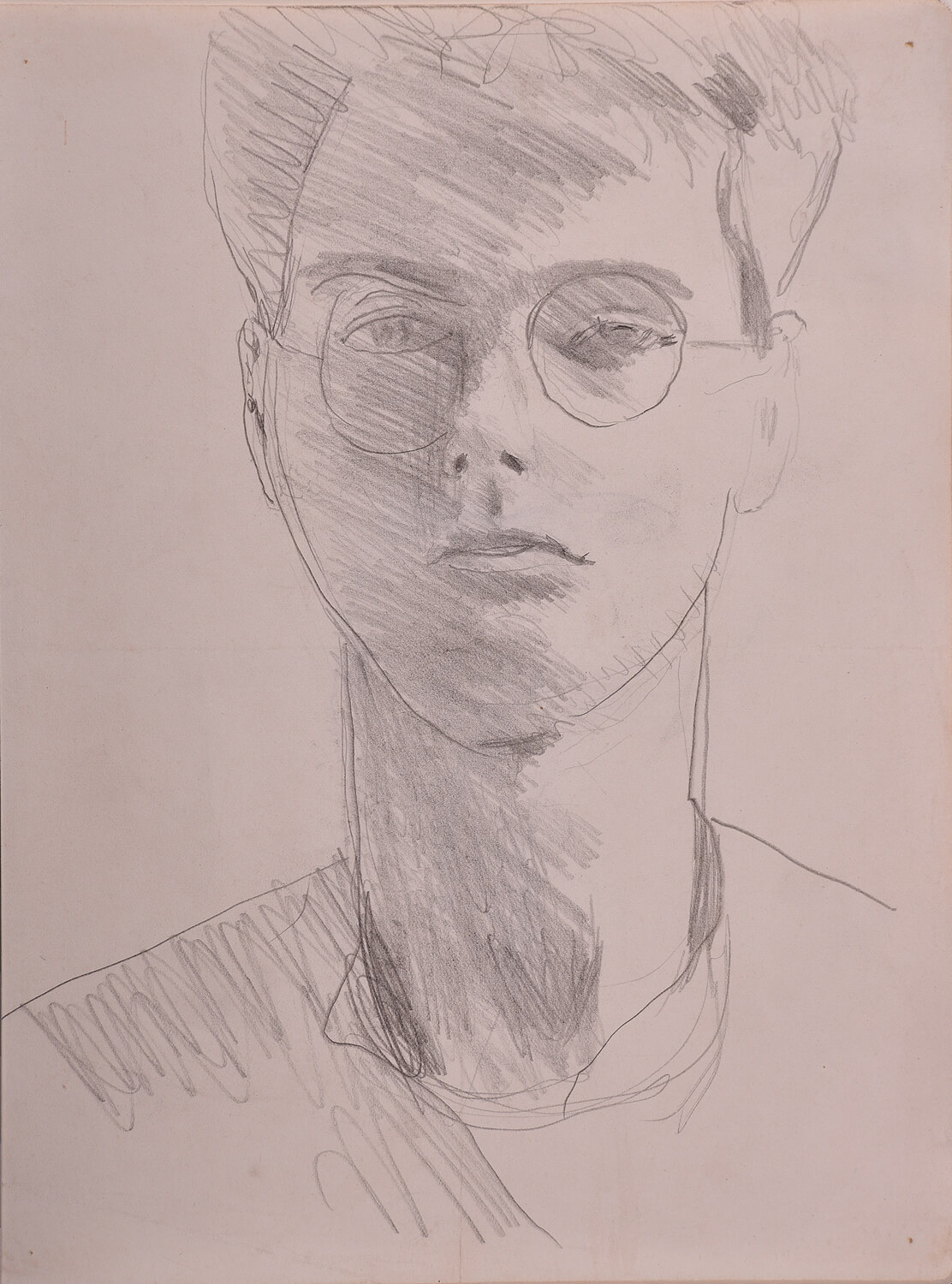 Hilton was a pioneer of Abstraction in post Second-World war Britain. He studied at the Slade School of Fine Art, London. This portrait was probably made during Hilton’s stay in Paris during the 1930s, a flamboyant time during which artists such as Picasso, Modigliani, Ernst, Magritte, Chagall and many other pioneers dominated the Parisian Art scene. By 1940, Hilton was serving in the Army and became a prisoner of war after  the Dieppe Raid in August 1942. It wasn’t until the 1950s that Hilton threw himself fully into the British Abstraction scene, finally moving to Cornwall  and becoming a prominent member of the St. Ives School,

The self portrait, which is clearly from a sketch book, can be compared to a slightly later version in collection of the National Portrait Gallery. 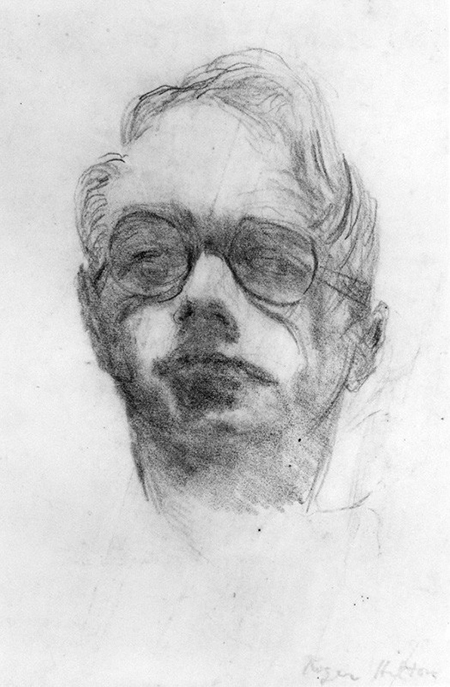 We are grateful for Adrian Lewis and Matthew Hilton for assistance. 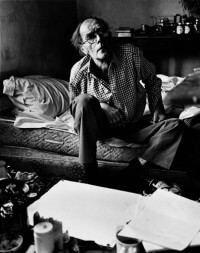 Painter, born in Northwood, Middlesex, who studied at the Slade, 1929-31 and again 1935-36, also under BissiÃ¨re at the Acad mie Ranson, Paris. In 1936 he held his first solo exhibition at the Bloomsbury Gallery, London. About this time he also showed with the little-known Twenties Group at the Lucy Wertheim Gallery. Joining the army in 1940, he served in the Commandos, and became a prisoner of war after the Dieppe Raid in August 1942. He experimented with ways of depicting forms in space, first displaying them in a illusory space, then as if on thee surface alone, then as if floating in water. He won the 1963 John Moores Painting Prize and was appointed CBE in 1968. He turned to abstract art around 1950, influenced by Tachisme and encouraged by friendship with members of the Cobra Group in particular the Dutch artist Constant Niewenhuis. Hilton travelled to Paris and Amsterdam to study the work of Mondrian and began producing very austere abstracts, using only black, white, and small sectors of earth colours. During the mid-1950’s he taught at the Central School of Art, 1954-56, during which time he began making visits to Cornwall, staying first with Patrick Heron, who London house was just round the corner,  then renting a studio for summer use at Newlyn. 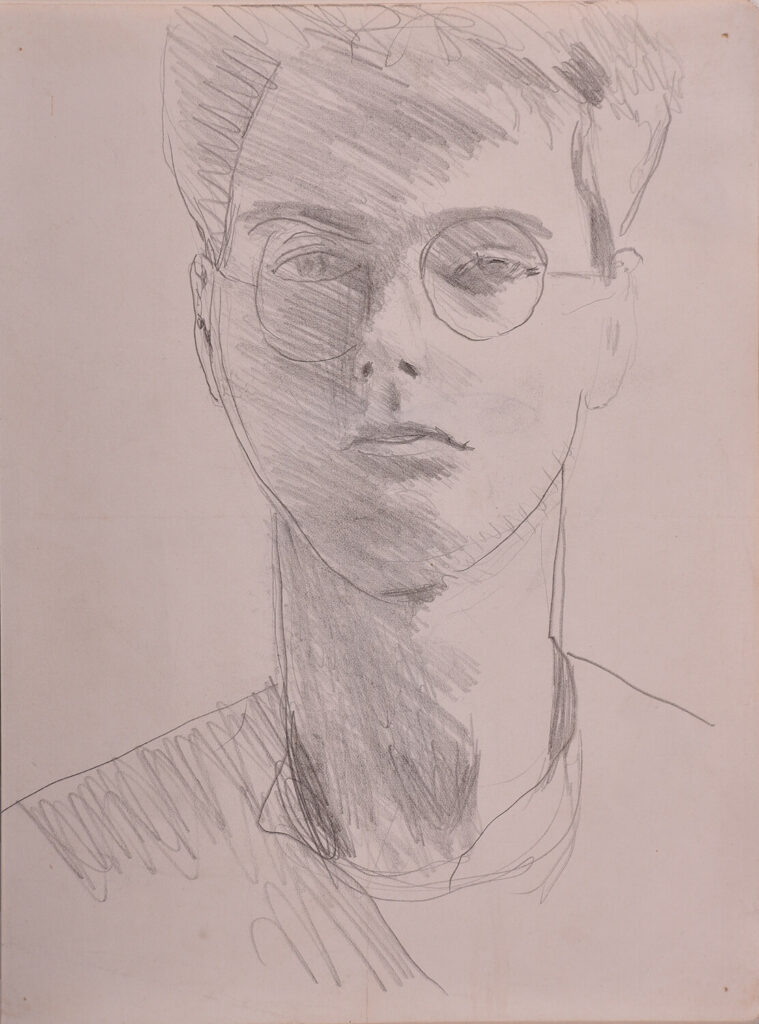