Barry Daniels and Harold Cohen attended the slade and were good friends. 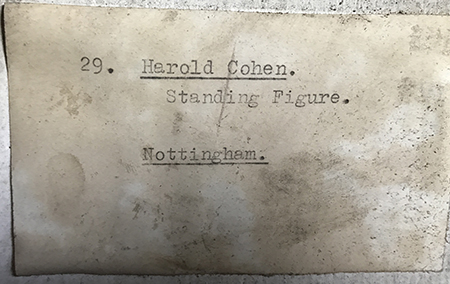 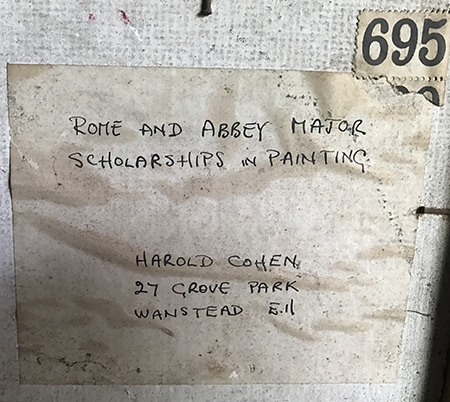 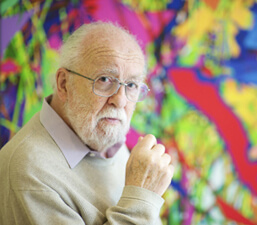 Painter, born in London the elder brother of the artist Bernard Cohen. Following National Service in the RAF, he too studied art at the Slade School 1948-52, received the Abbey Minor Travelling Scholarship in 1952 and visited Italy.

His first solo exhibition was at the Ashmolean in 1951 and his first London one-person show was held in 1954 at Gimpel Fils, By 1962 he had joined the teaching staff of the Slade School. During the 1960’s he represented Great Britain at the Venice Biennale, Documenta 3, the Paris Biennale, the Carnegie International and many other important international shows and also held a solo exhibition in 1965 at the Whitechapel Art Gallery. He has also exhibited regularly at the Robert Fraser Gallery in London and the Alan Stone Gallery in New York.

Cohen relocated to San Diego, California in the 1968 and became interested in computer programming and particularly in the field of artificial intelligence.

On the basis of his early research, he was invited, in 1971, to spend two years at the Artificial Intelligence Laboratory of Stanford University as a Guest Scholar.

Much of his work since that time has been concerned with building a machine-based reproduction of the cognitive methods underlying the human act of drawing, resulting his developing a programme he named AARON. This phase of his career has been exhibited variously in museums and science centres in the US, Europe and Japan. These include Los Angeles County Museum, the San Francisco Museum of Modern Art, the Stedelijk Museum, Amsterdam, the Brooklyn Museum, the Tate Gallery, the Fitzwilliam Museum, Cambridge, Leicestershire County Council, and the IBM Gallery in New York among others. Examples of Cohen’s work are in the collections of the ACGB and the Tate Gallery.