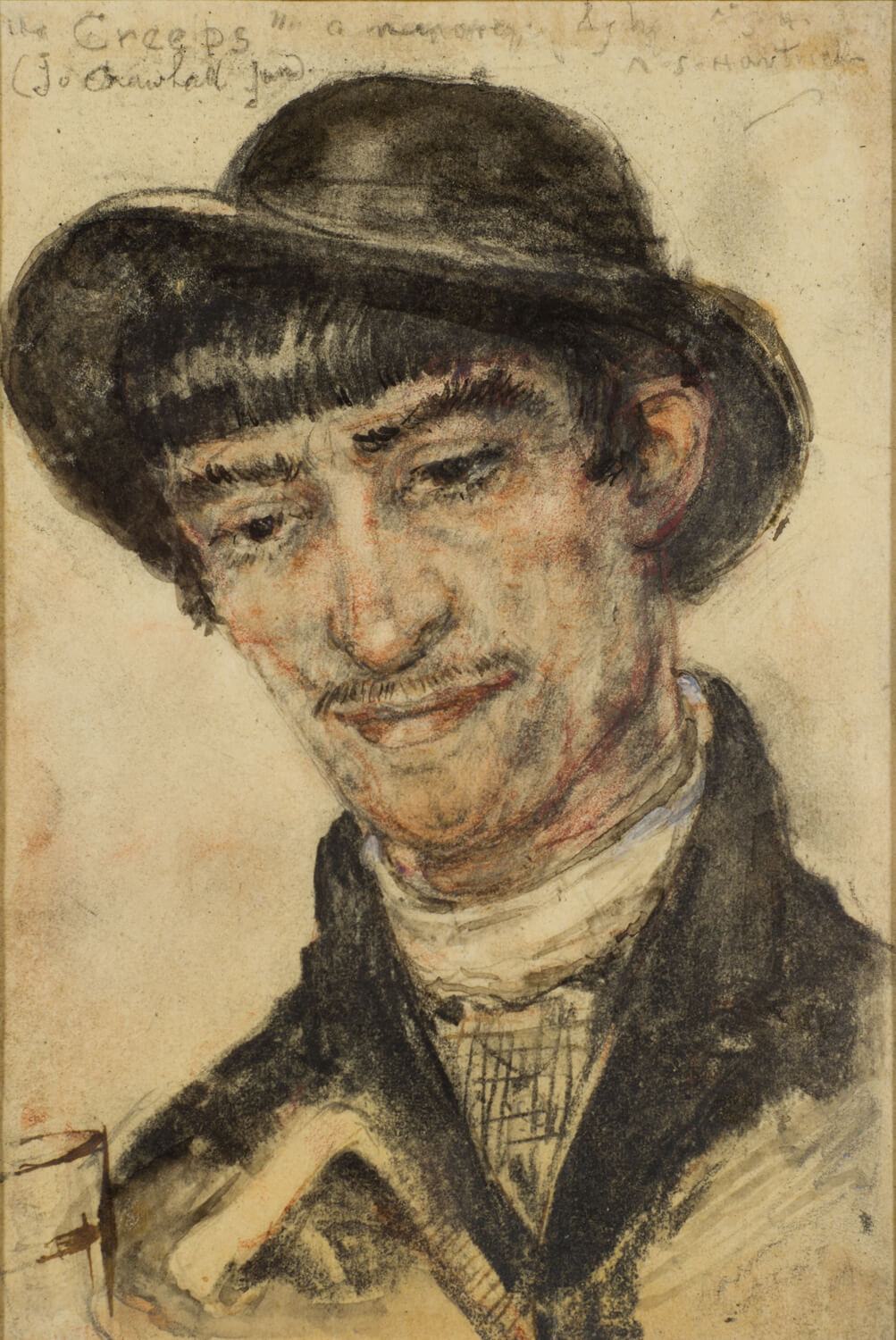 In 1886, while studying in Paris, the Scottish painter Archibald Standish Hartrick (1864-1950) became acquainted with a number of the key figures of Modern Art. These included Vincent van Gogh, Henri de Toulouse-Lautrec, and Joseph Crawhall of the Glasgow Boys group.

He later published a lively account of his meetings in a memoir titled A Painter’s Pilgrimage through Fifty Years. In this, Hartrick wrote that Crawhall was a genius in the sense that he did everything in his own way, and that no one else could follow (‚Ä¶) I first met him in Paris, where he was living at the same hotel as myself. He never went to work in any atelier there that I can remember, though he had entered one under Aimé Moror, the painter of horses and battle pictures; but wondered about Les Halles, the great market there, where he found subjects that suited him. I think he only completed one drawing in Paris ‚Äì that of a bell ‚Äì but he was always tearing up what he had done if it did not achieve what he was after. It is a curious fact, I remember, that his favourite work in the Louvre was Courbet’s Man with a Leathern Belt’.

Hartrick states that Crawhall looked and rode like a Jockey’, and recorded him as such in this portrait drawing which he later reproduced in his memoir. 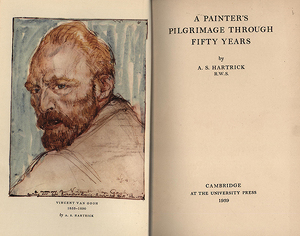 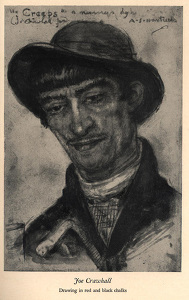 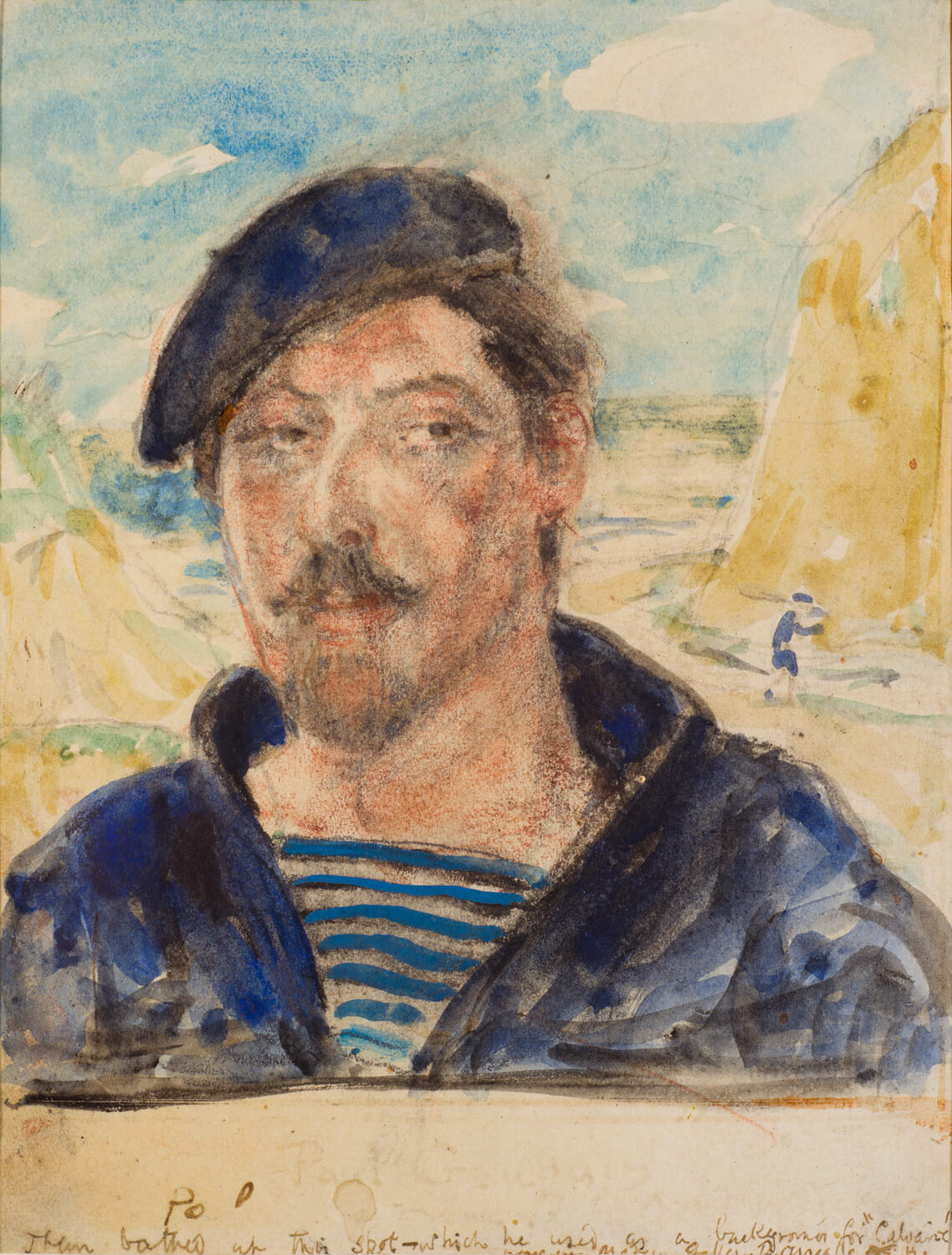 Hartrick studied at Edinburgh University, at the Slade School under Legros, and in Paris at the Acad mie Julian, and under Cormon before 1887.

He exhibited his first picture at the Paris Salon. In Paris he met Van Gogh, Toulouse-Lautrec and other artists, and Gauguin in Brittany. When he returned to Scotland, he came into contact with the artists of the Glasgow School.

With his wife Lily Blatherwick, also an artist, he lived in Gloucestershire, where he painted mainly landscape and country scenes. Exhibited with his wife at the Continental Gallery 1901.

Back in London he took up teaching at Camberwell School of Art and later at the Central School. Author of A Painter’s Pilgrimage through Fifty Years 1939. 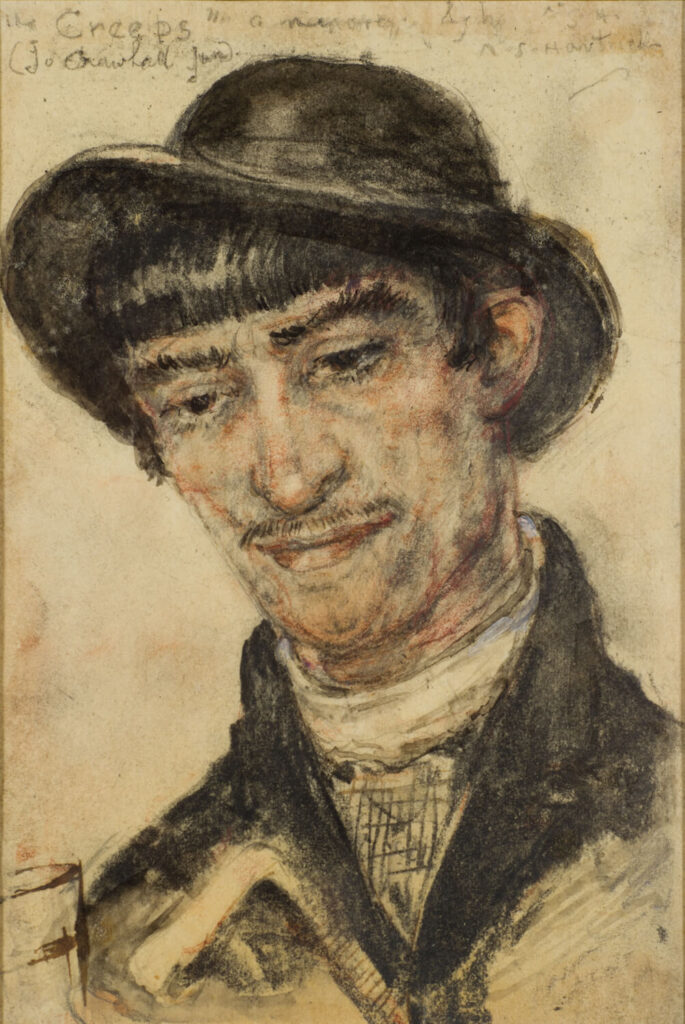