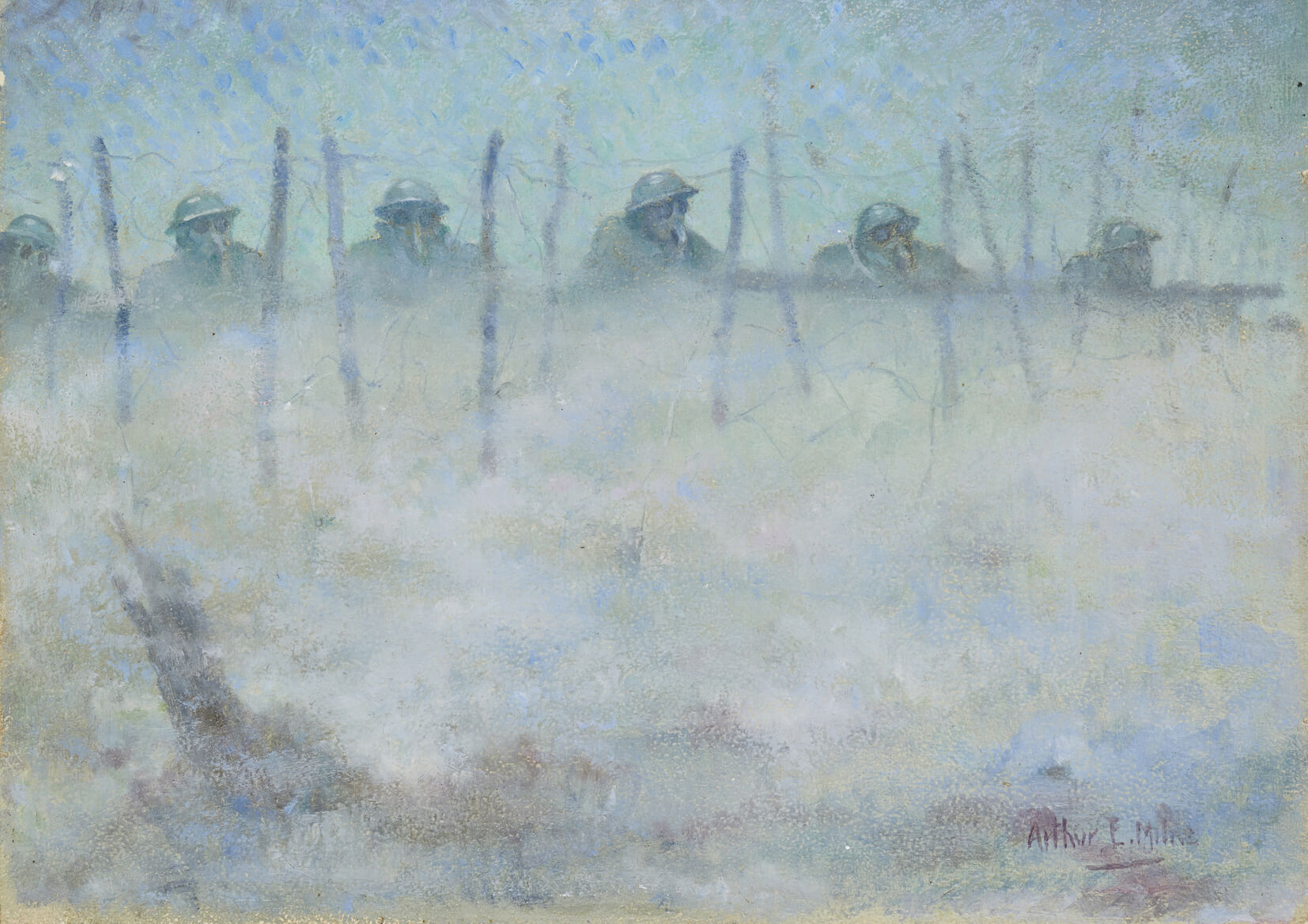 Milne was in his mid twenties when WW1 started, having just completed a five year training at the Edinburgh School of Art.  This image is likely to have been painted on the spot when Milne saw active service in France.

Milne exhibited widely, (at The Royal West of England Academy and the Royal Scottish Academy). This painting was included with the reference No 6 in an exhibition which has yet to be identified  under the  evocative title, of the artist’s own making ,The Weird Barrier.

A number of his works are in public collections including two WW2 scenes in Bristol Art Gallery showing  fire fighting subjects.  Too old to serve during WW2 Milne is likely to have himself served as an auxillary fireman or in some other capacity on the Home Front. 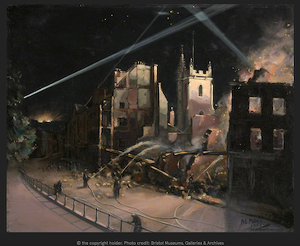 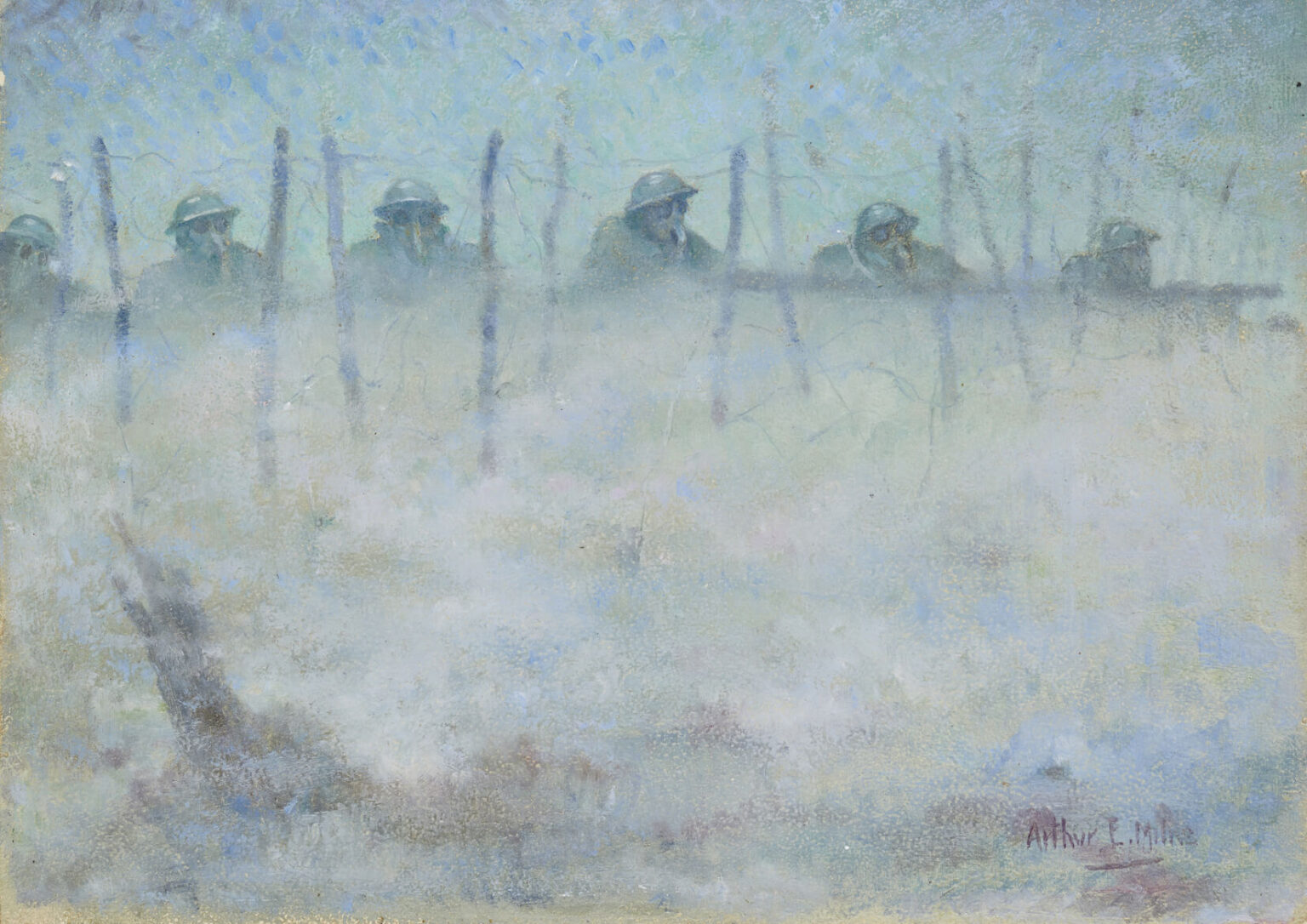 Painter of landscapes, portraits and flower pieces in oil, watercolour and pastel. Born in Edinburgh and known as Hamish Milne he studied at the ECA from 1909-14. During World War I he saw active service abroad, returning to Edinburgh at the end at the war. He spent ten years in Leamington working as an interior decorator relocating to Bristol where he worked for the firm of interior decorators now called Chivers and Thomas eventually becoming a Director. He exhibited oil paintings regularly at the RWA of which he is an Associate member. He showed regularly with the Bristol Savages 1931-66 and was three times its President. After retirement he became Technical adviser to the RWA for whom he restored pictures. Early in his career he showed at the Royal Scottish Academy. The collection Bristol Art Gallery. 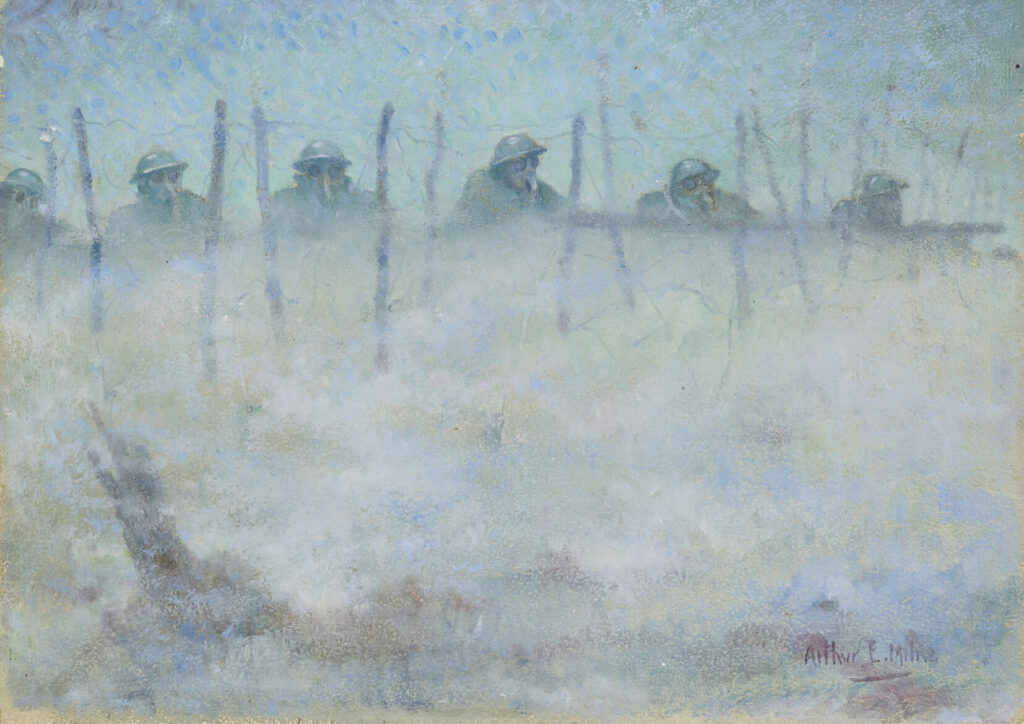