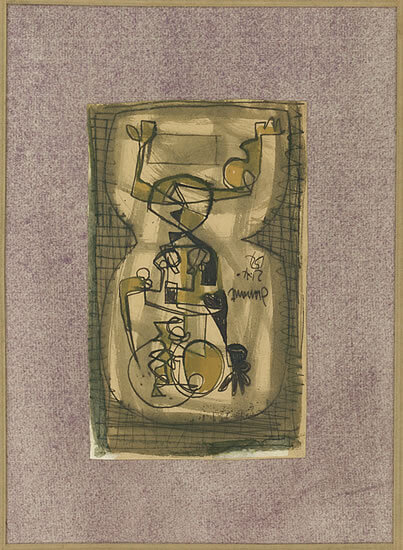 Provenance:
The Artist’s Estate; Private collection
Presentation:
passe-partout
Disclaimer:
Liss Llewellyn are continually seeking to improve the quality of the information on their website. We actively undertake to post new and more accurate information on our stable of artists. We openly acknowledge the use of information from other sites including Wikipedia, artbiogs.co.uk and Tate.org and other public domains. We are grateful for the use of this information and we openly invite any comments on how to improve the accuracy of what we have posted. 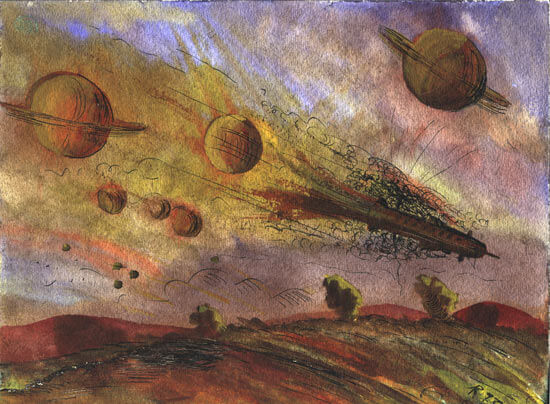 Durrant was born in Lavenham, Suffolk. and from childhood onwards was
fascinated by drawing aeroplanes.  After war service in the Army he
attended Camberwell School of Arts and Crafts, 1948-52, being
influenced by Keith Vaughan and John Minton. In 1950’s developed from
figuration to abstraction. He said that any titles on his pictures were
“meant to be interpreted as poetry, to engender a state of mind rather
than describe exactly what the particular picture is.” He was much
influenced
by European abstractionists and by English poetry, such as that of
Gerard Manley Hopkins and Thomas Hardy, also by the work of James
Joyce, Samuel Beckett and Dylan Thomas. As well as painting, Durrant
was employed in administrative work at Vickers from 1956-63 and was a
director of the Heffer Gallery, Cambridge, 1963-76. He showed with Free
Painters and Sculptors, of which he was a fellow, and with NEAC, of
which he was a member, and quite often with RA from 1950. . Several
dozen public collections hold his
work, including Imperial War Museum, Bradford City Art Gallery and
Balliol College, Oxford. Lived in Cambridge.

A monograph on Durrant, written by Peter Davies,  was due to be published by John Sansom in 2011