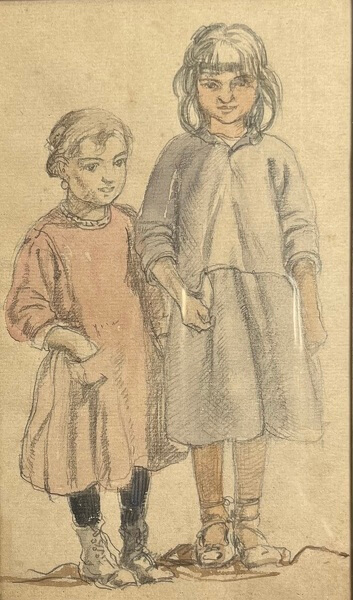 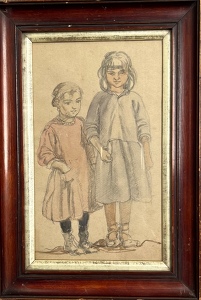 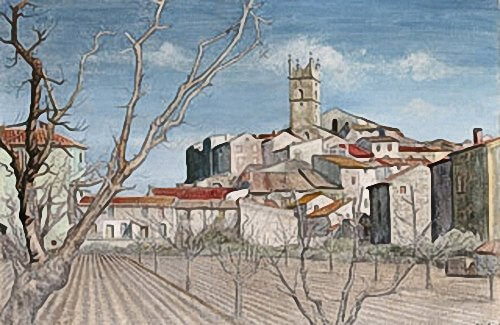 Painter of figures and landscapes in tempera, oils and watercolours; etcher and illustrator. He studied architecture at the RCA, winning a travel scholarship to Italy where he decided to take up painting. In 1908 he attended the Academie Julian, Paris, and then settled in London. He returned to Italy in 1911 and 1912, producing pictures for Methuen and Co. to illustrate E.V. Lucas’ Florence and Venice, and again every Spring between 1925 and 1929, during which period he produced illustrations for Edward Hutton’s Cities of Sicily and Rome, (also Methuen and Co.) He exhibited mainly at the RA, RWS, RE, RBA and at the Beaux Arts Gallery. He was elected RBA in 1924, RE and RWS in 1931, ARA and RP in 1936 and VPRWS 1937-41. His work is represented in public collections including the Tate. He taught at St Martin’s School of Art and in 1940 was an Official War Artist. His most characteristic works were painted in tempera and inspired by the intense colour and spacial clarity of the Italian primitives. His least successful compositions can appear wooden and dated but he was equally capable of striking and lively designs, especially when he included elements of contemporary dress. His watercolours are rapid and direct in contrast to his carefully finished studio works.