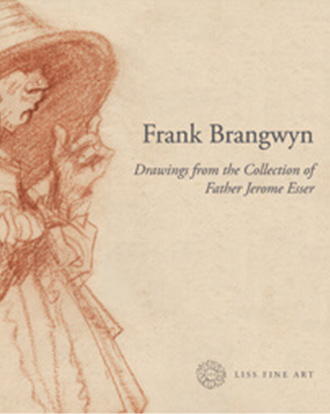 During his lifetime Brangwyn made large donations of his works to museums in the United Kingdom and abroad, including the Victoria & Albert Museum, the British Museum, the William Morris Gallery, the Albertina in Vienna and the Gruuthuse in Bruges. As a result of this munificence, substantial drawings by Brangwyn, especially his celebrated large sheets in red and black chalk, only rarely appear on the market. Ö The endless extant sketches that he made on the backs of envelopes, letterheads and scraps of paper are evidence that for Brangwyn drawing was a compulsion. In her forthcoming catalogue raisonnÈ, Dr. Libby Horner has recorded over three thousand drawings by Brangwyn. Ö The drawings that became Esserís collection, which have lain hidden for over half a century, were made up of works that Brangwyn, with characteristic modesty, had left in his studio with a written instruction, ëmost of this lot destroyí. Never intended for presentation, they explore and resolve alternative compositions and the relation of figures to each other and to the space they occupy. 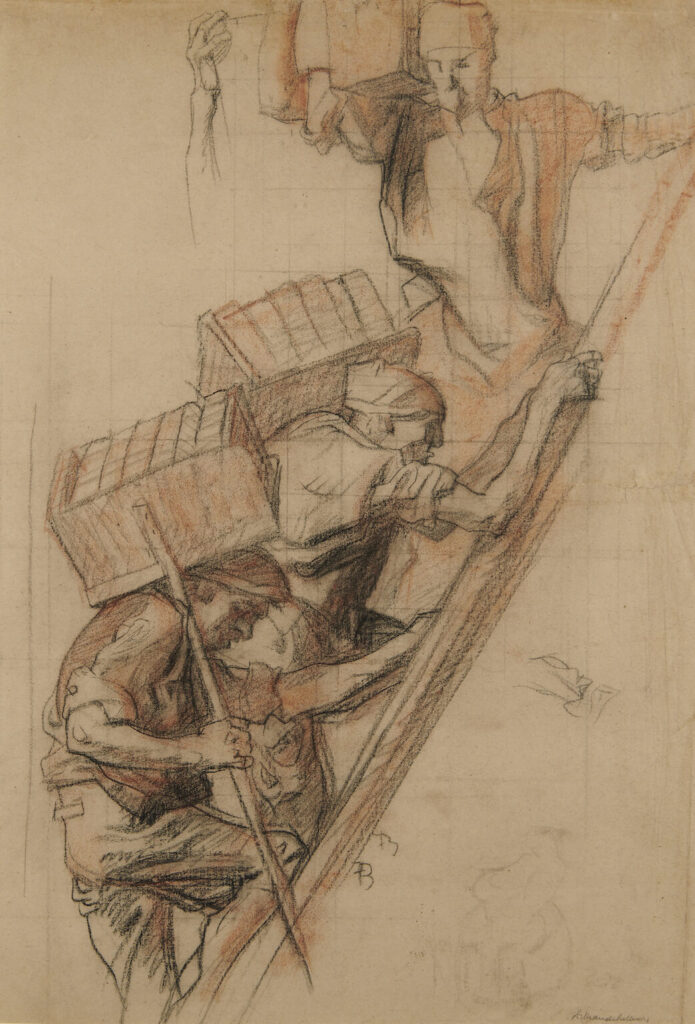 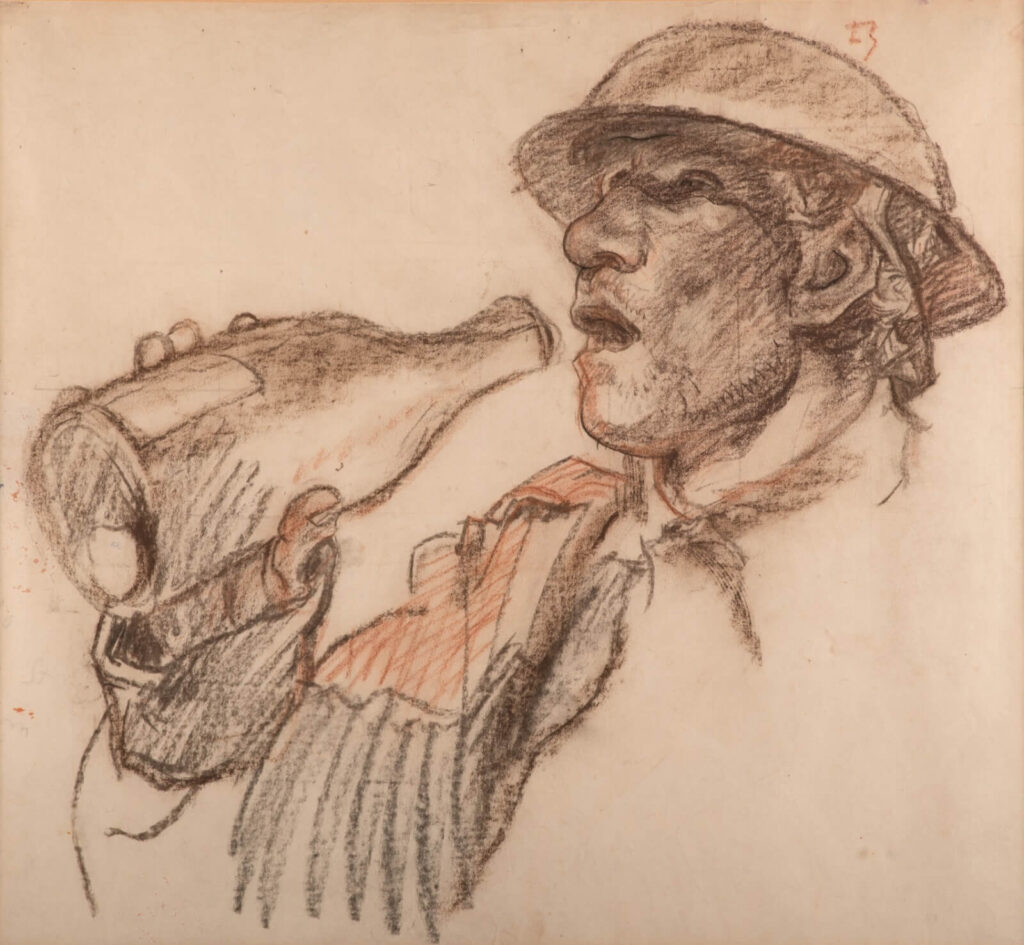 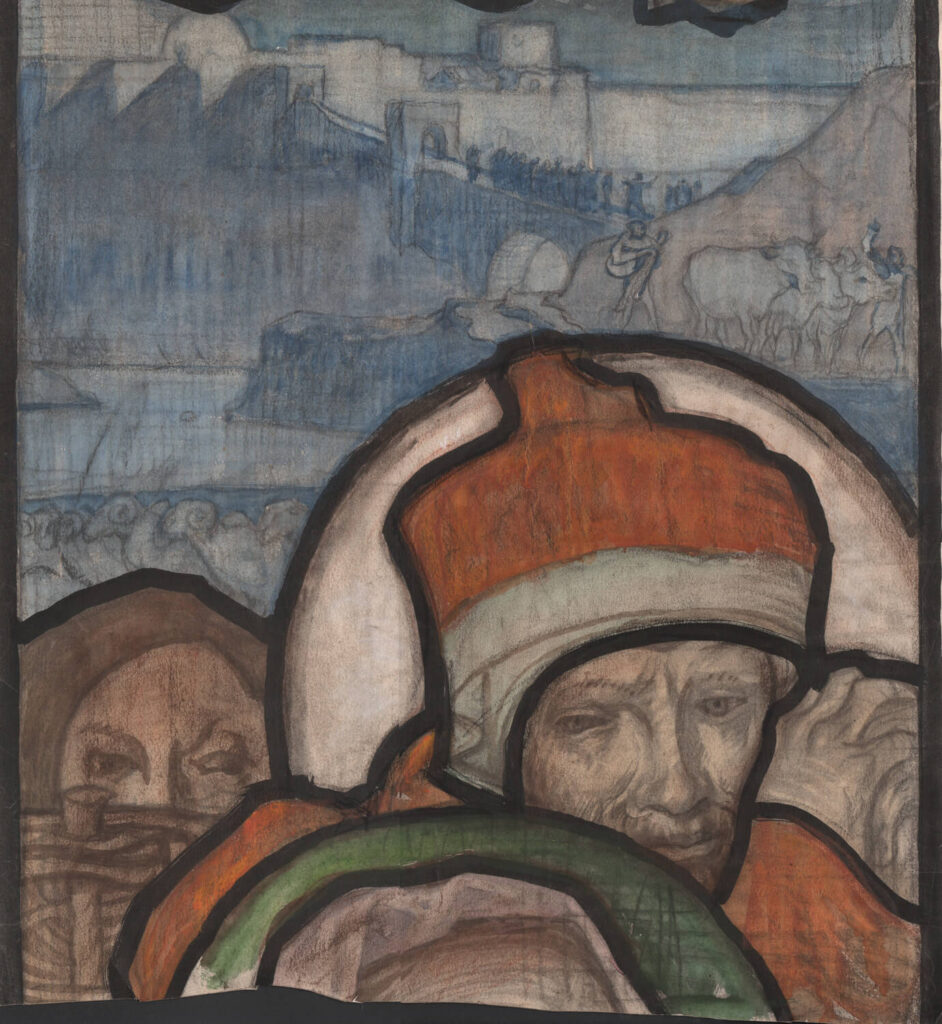 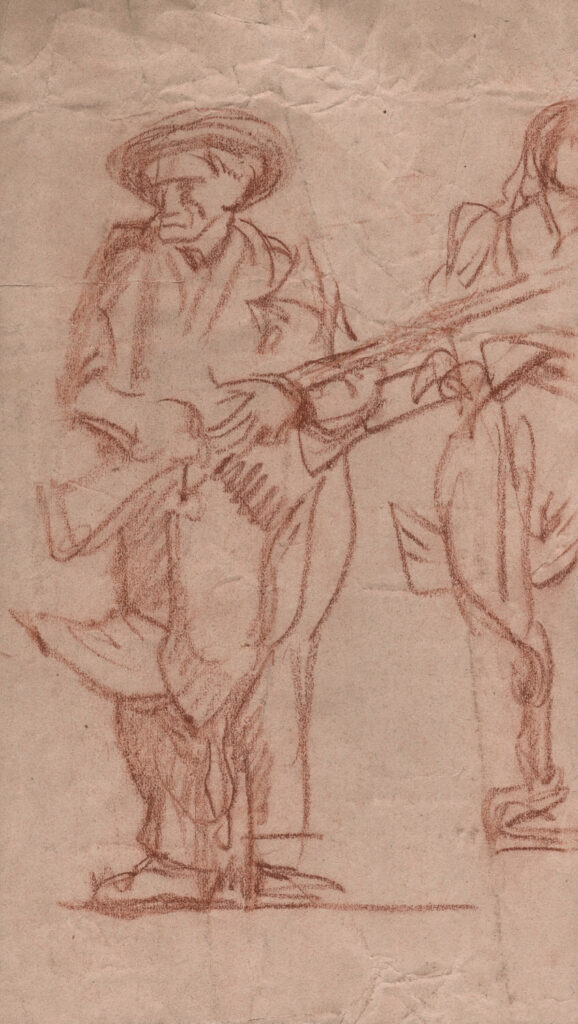 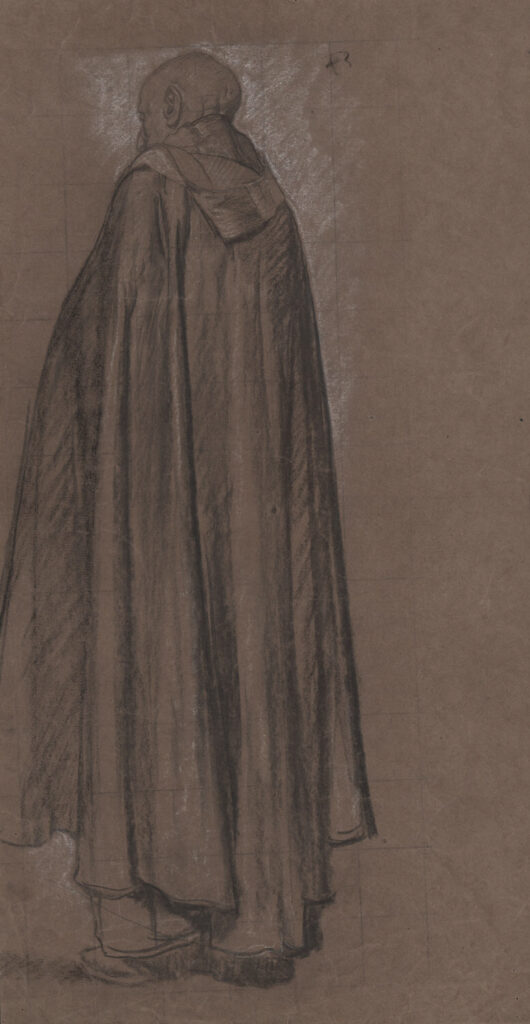 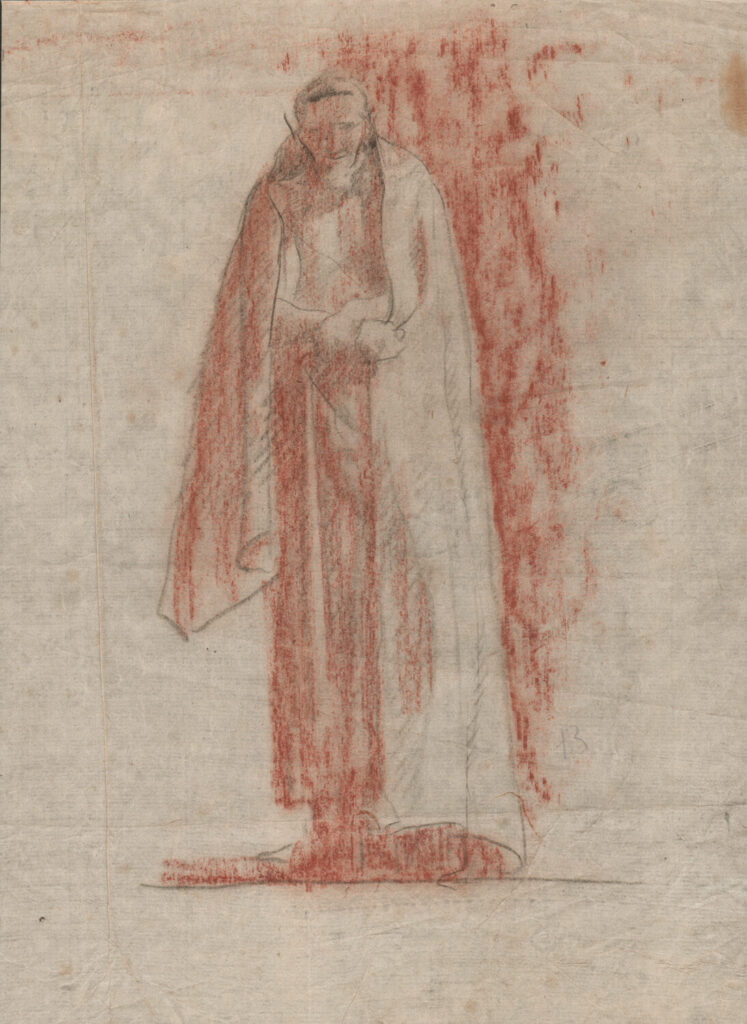 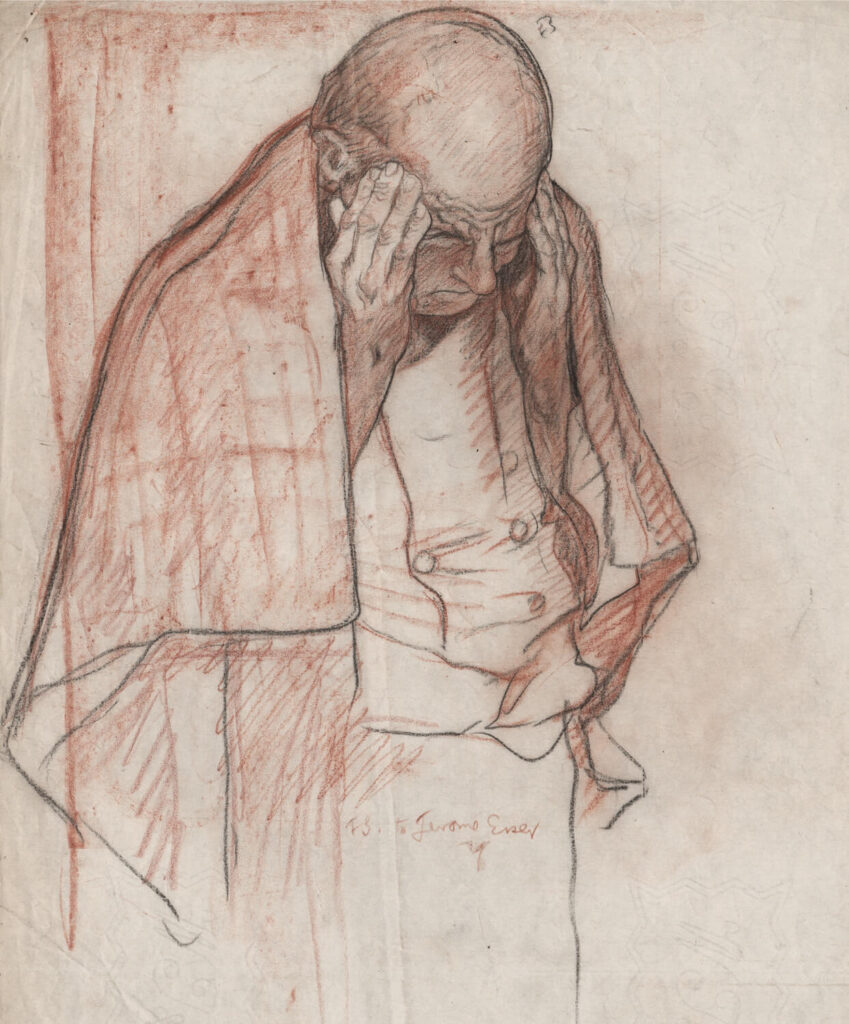 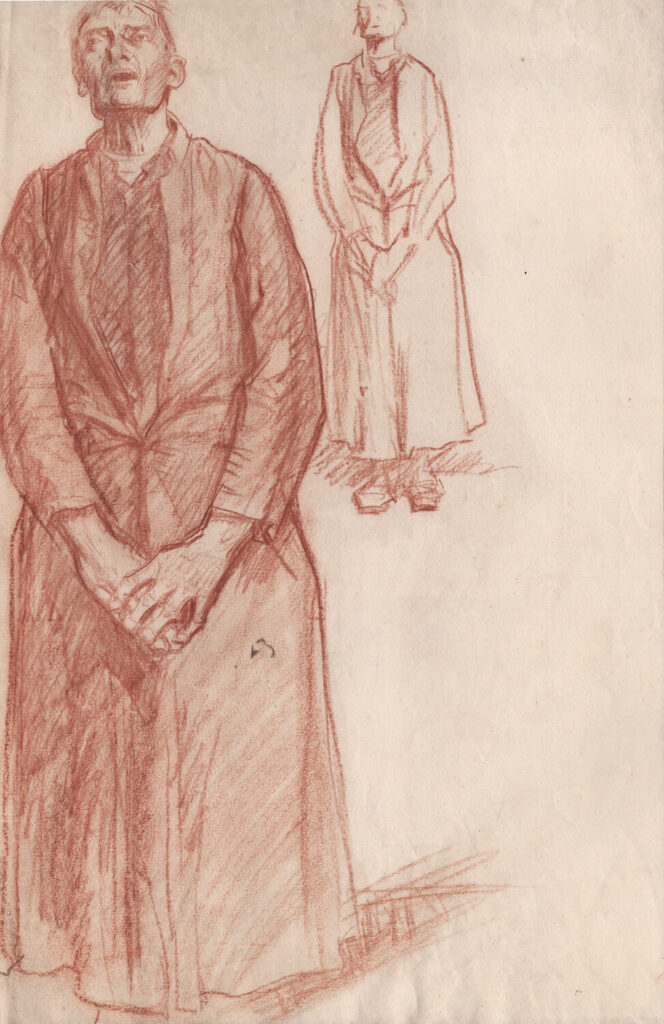 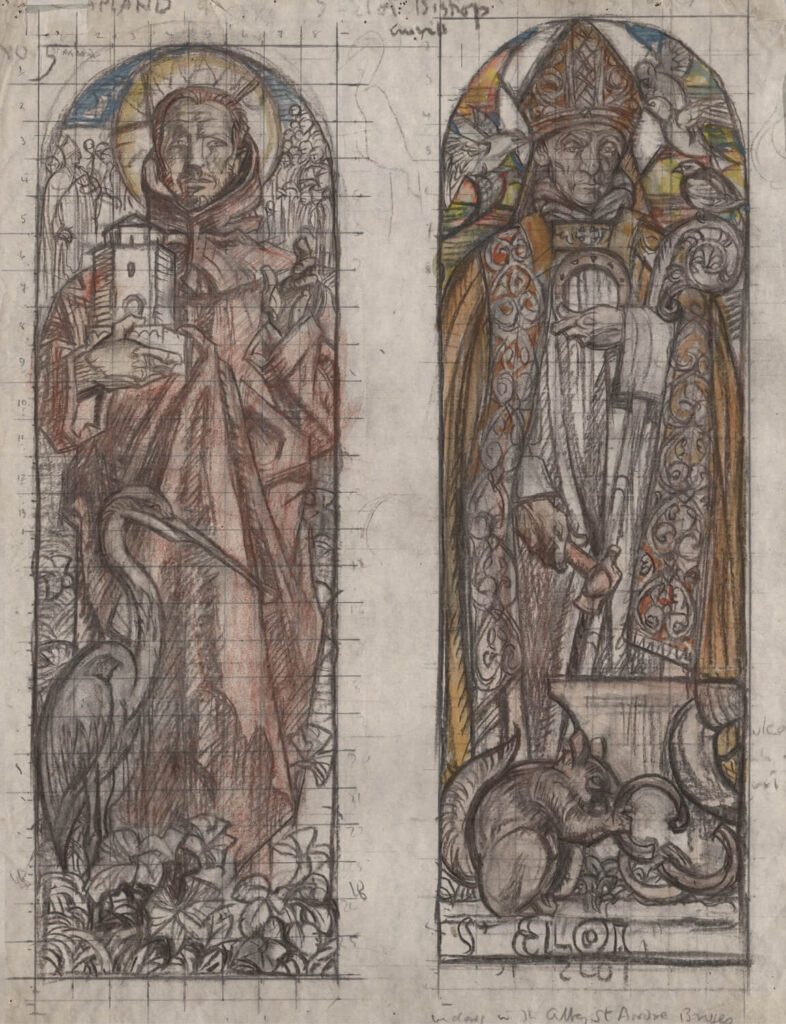 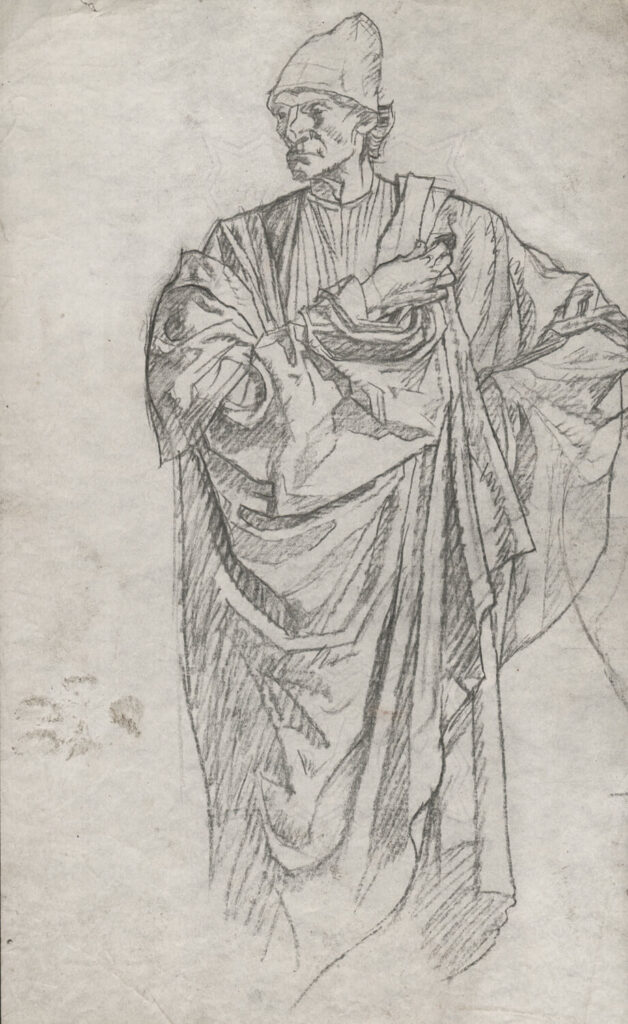 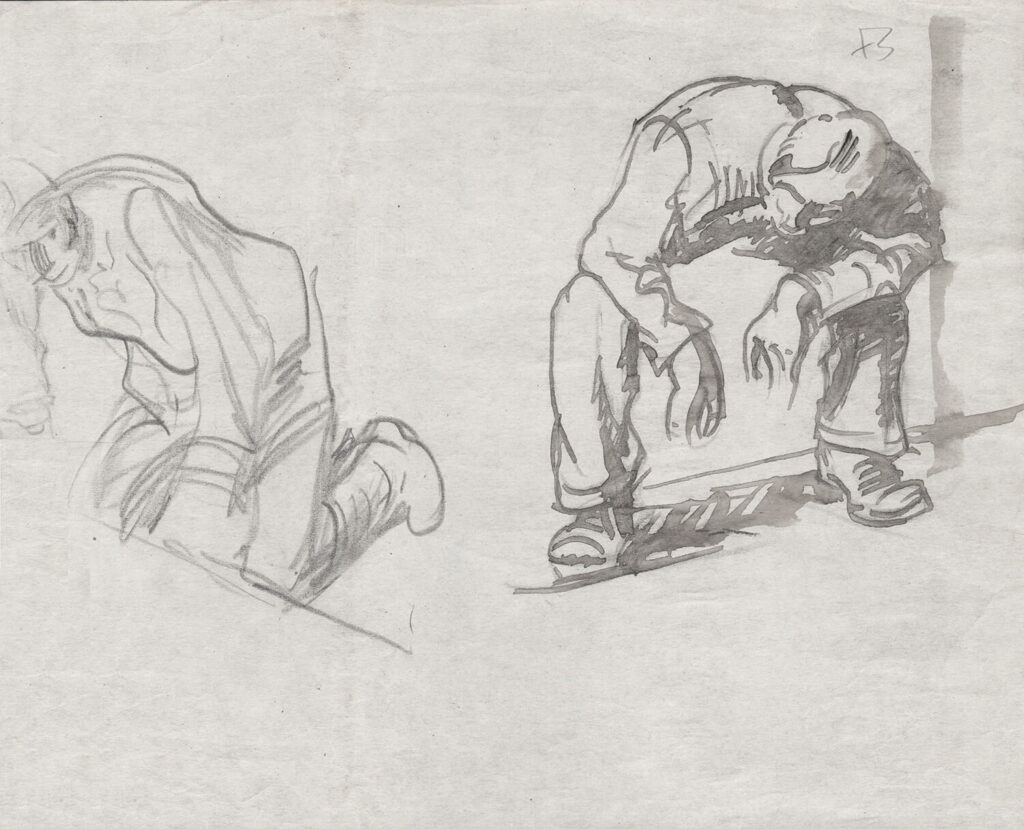 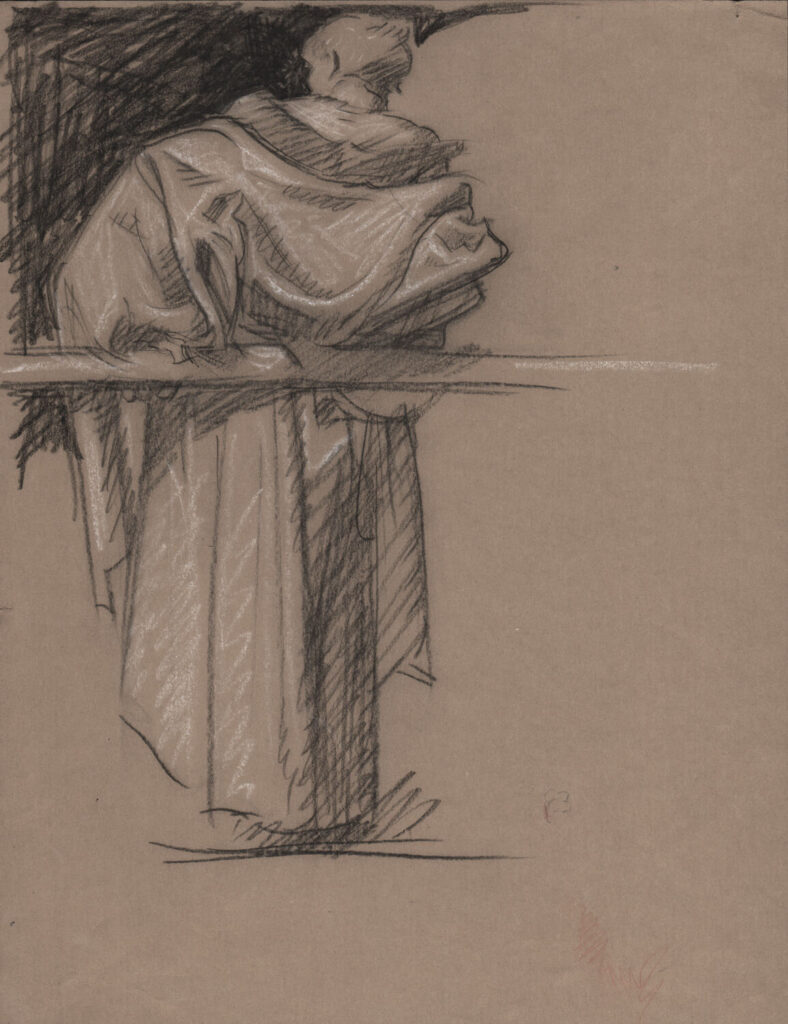 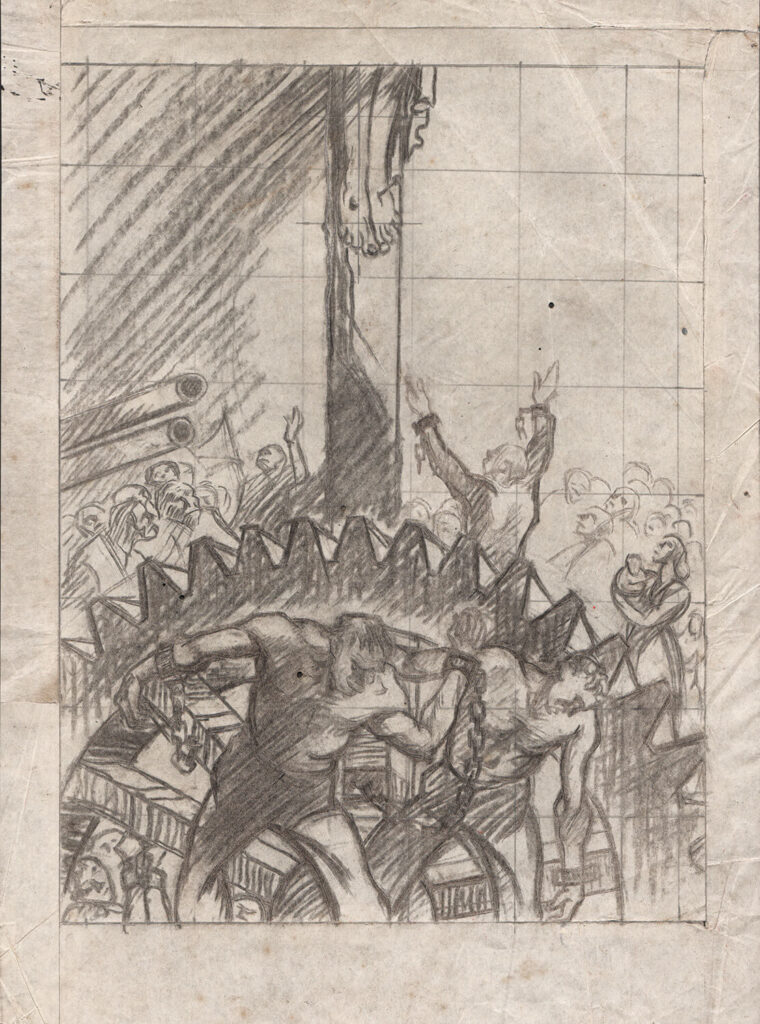 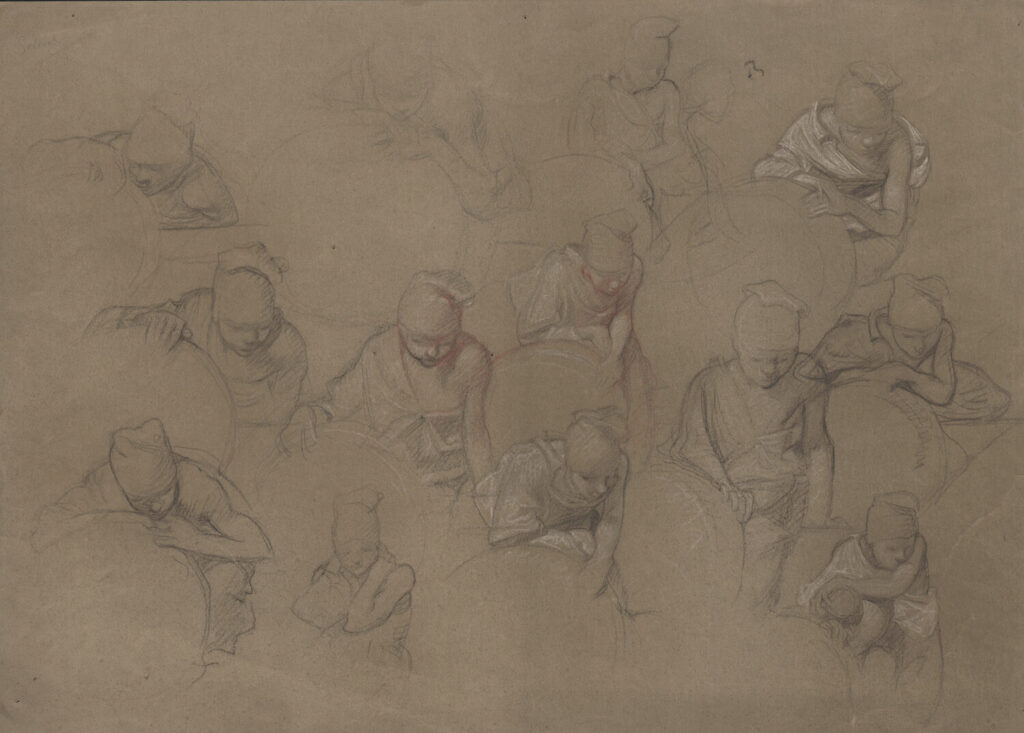 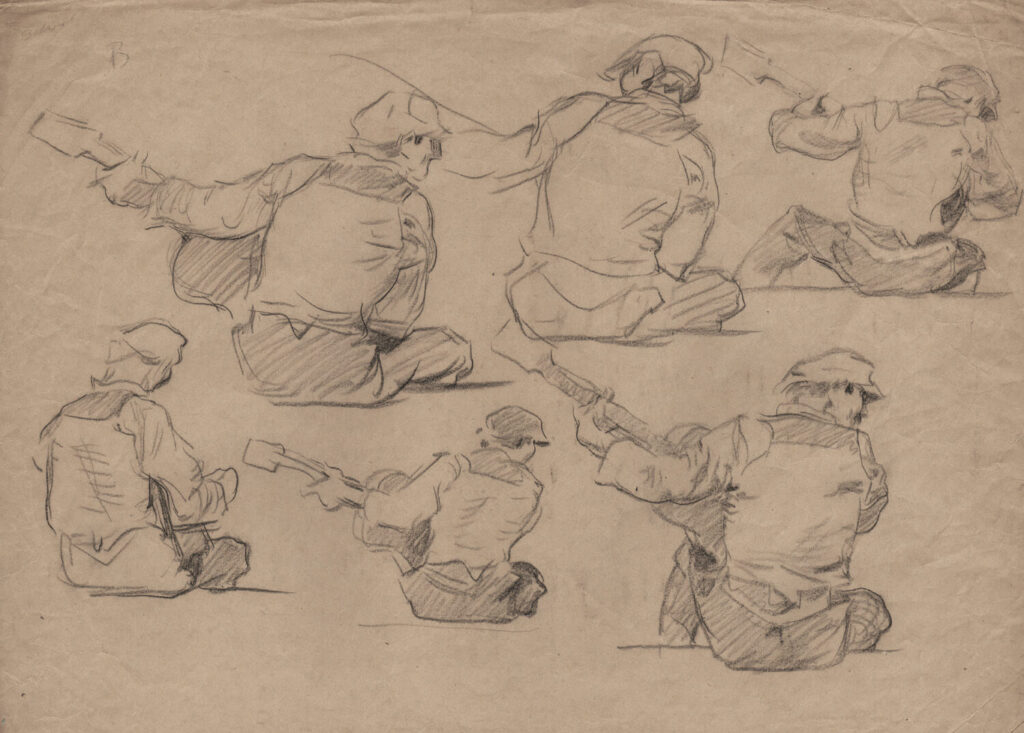 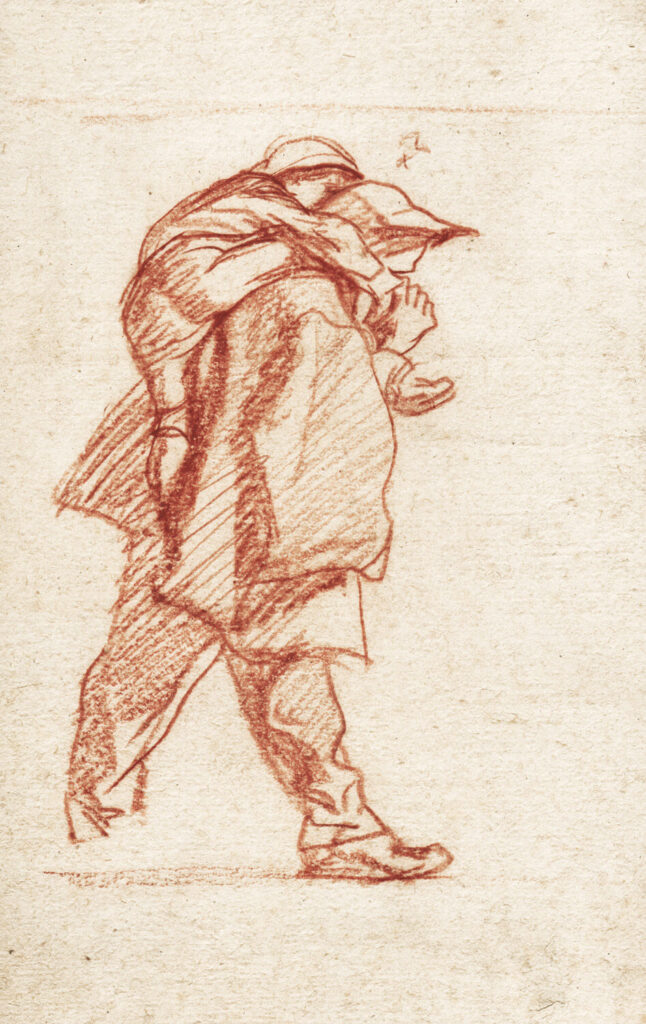 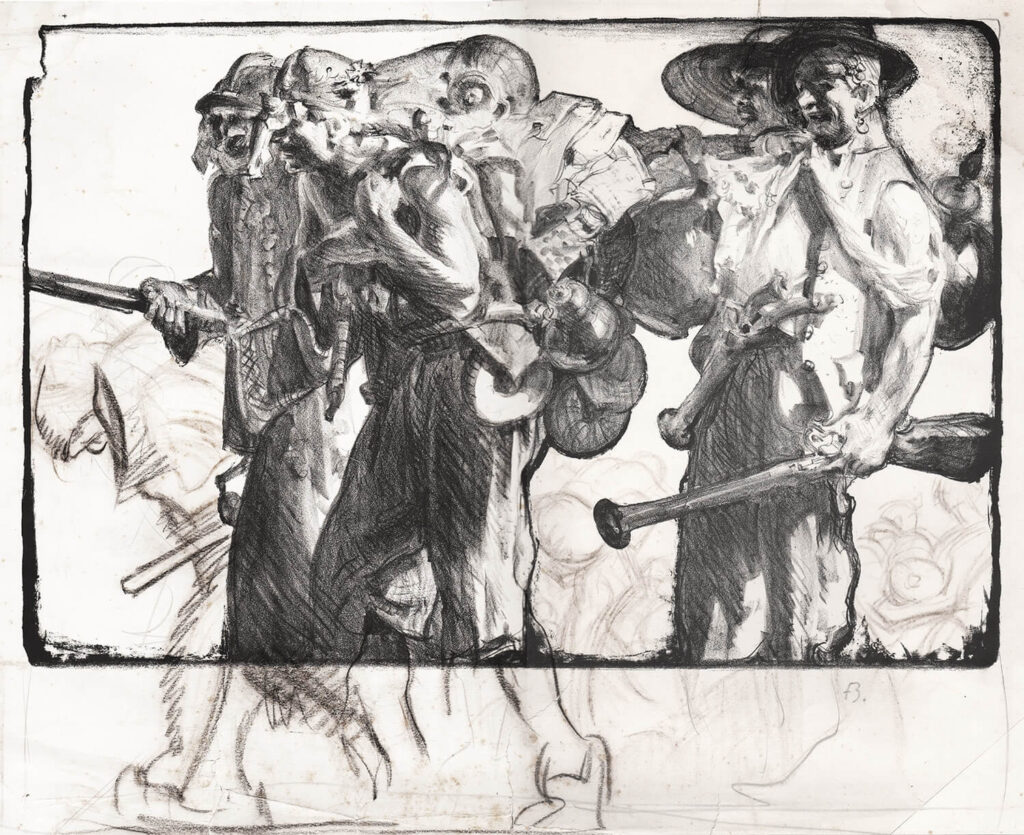 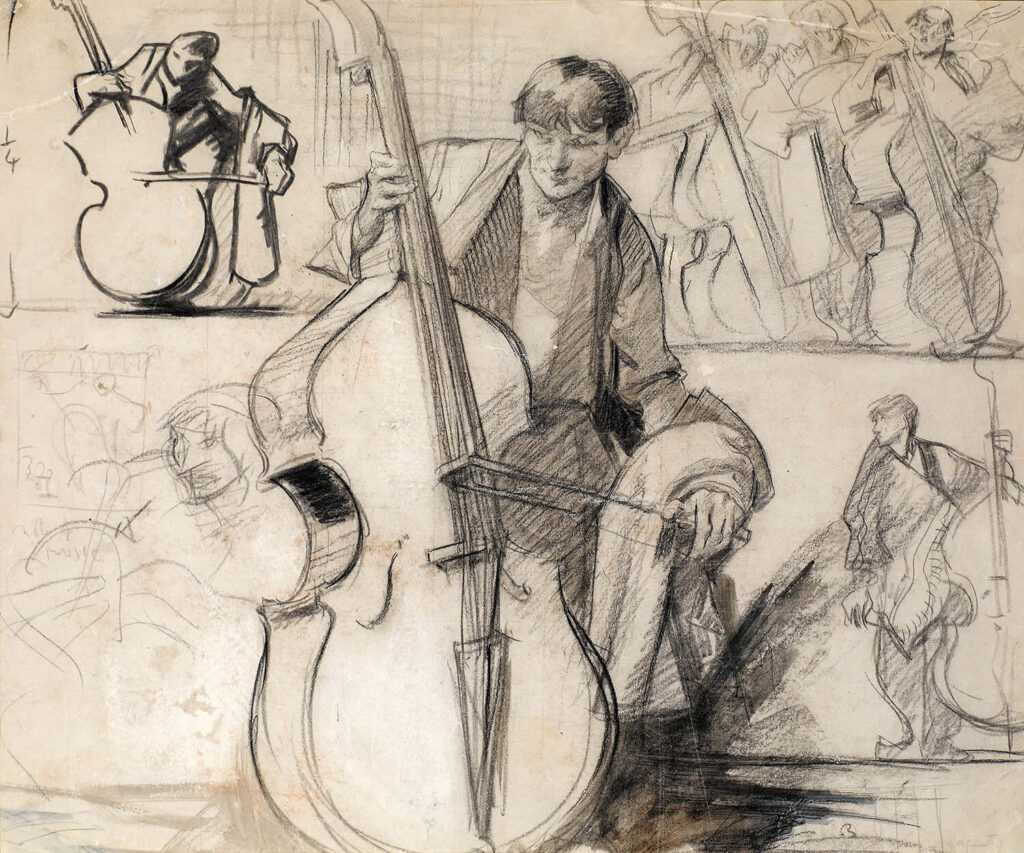 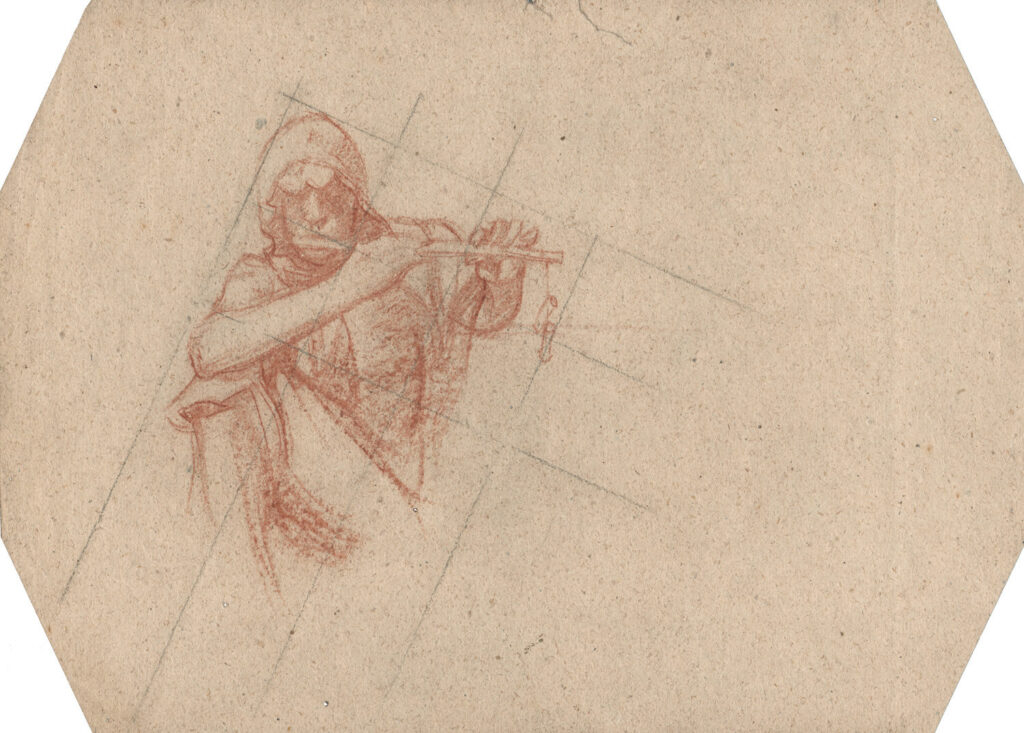 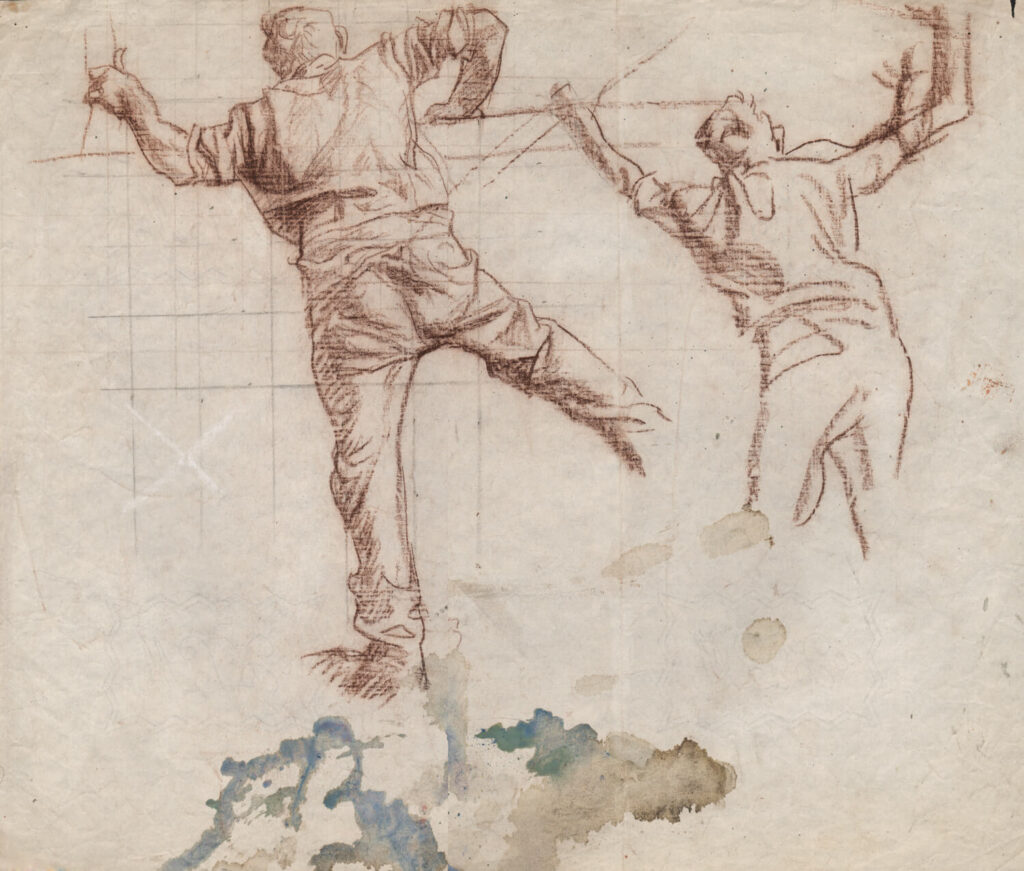 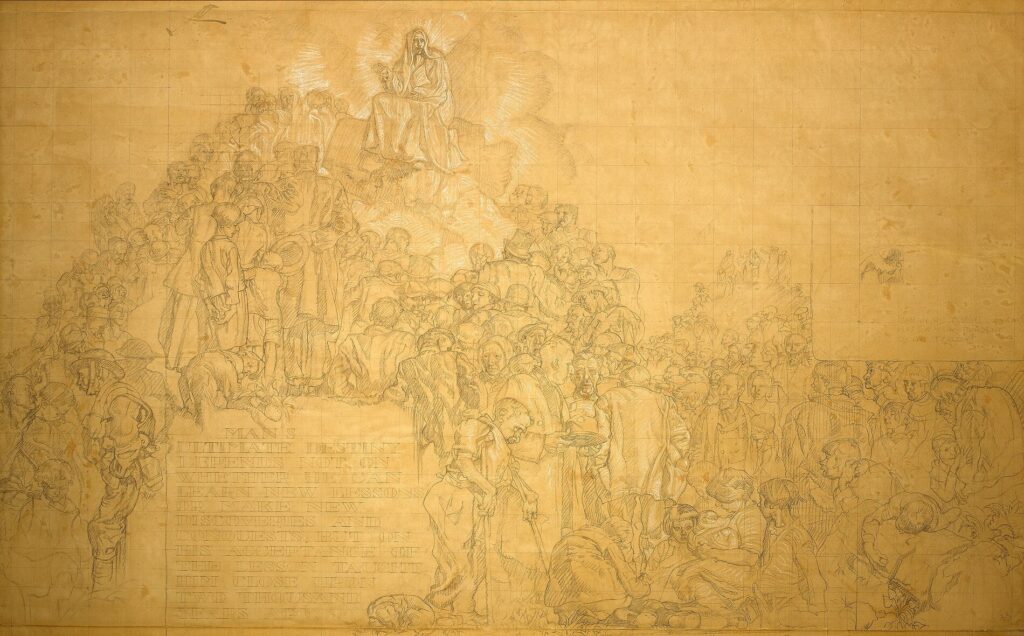