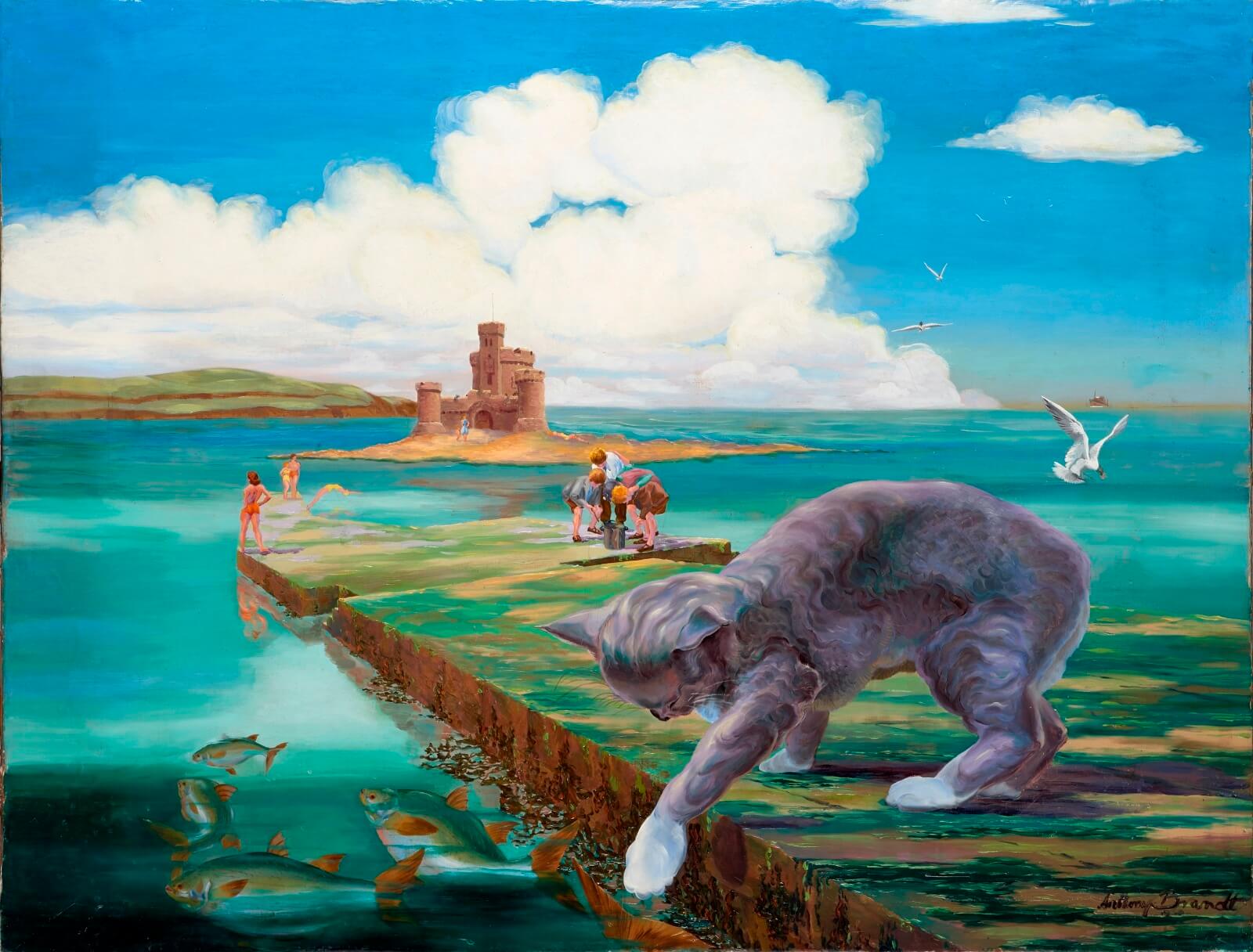 This is the original artwork for the 1950 British Railways quad royal poster Isle of Man. 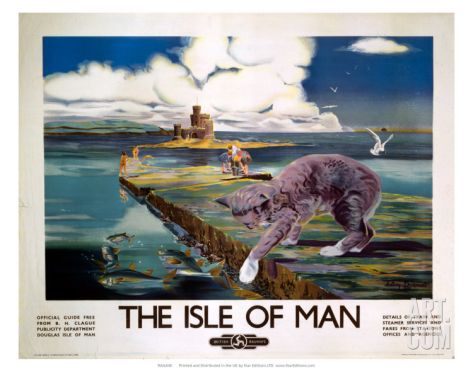 We are grateful to Patrick Bogue of Onslows Auctioneers for assistance. 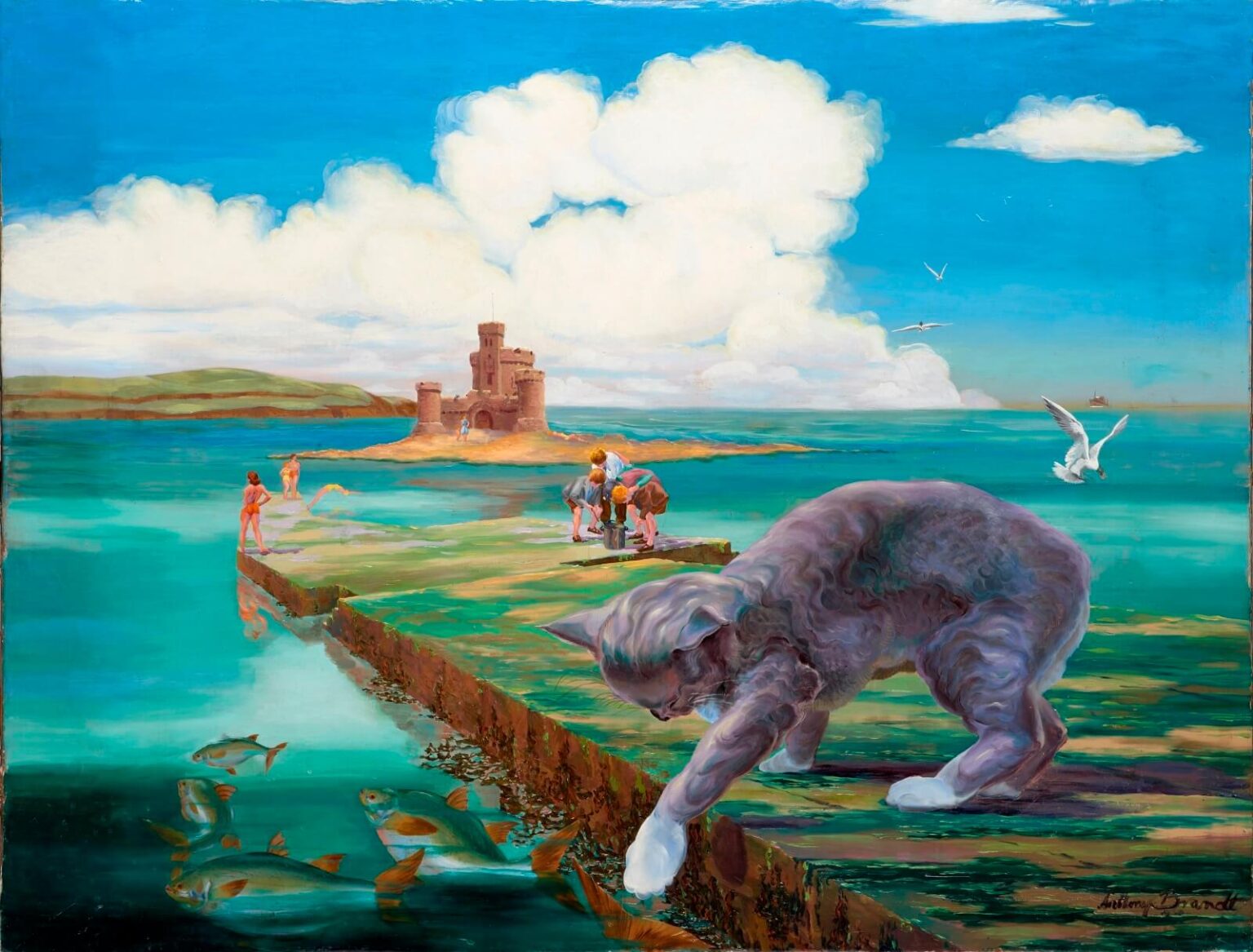 Anthony Brandt was born in 1925 and apart from the war years he spent most of his early life in London. In 1956 his life changed forever, when he met a highly sought after artists’ model and ballerina called Mitzi. At the time, she was modeling and dating the famous artist Sir William Russell Flint, but instantly fell in love with Anthony Brandt. A year later they were living together, and on the thirtieth anniversary of their first meeting they were married.

Mitzi inspired Brandt’s lifelong obsession with the human figure, and she was the subject of many of his paintings and drawings. In 1975 they bought an old derelict chapel in the midst of the scenic Brecon Beacons in Wales. Brandt converted part of the building into a studio and he lived and worked there with Mitzi until his death in 2009.

From an early age Anthony Brandt displayed a talent as an artist and prior to World War II he won an art competition for children in a national newspaper. During the war he attended the Bournemouth Municipal College of Art, Lansdowne, Bournemouth. It was here that he became fascinated with the Old Masters and started his life-long research into the paints and techniques, determined to master their skills. The implementation of Brandt’s painstaking discoveries is evident in his work.

Unlike many of his contemporaries, Brandt was not influenced by fleeting trends where classical techniques were often ignored. He had no interest in fashion. Rather, he was captivated by classical beauty, in particular the type encapsulated in a ballerina’s nude physique, as epitomised by Mitzi his model.

Brandt’s work often seeks to capture an explosion of emotion and he evokes the ambiguous nature of the body of a dancer. Outward delicate femininity contrasts with a powerful muscular athleticism, lending an unexpected and very modern sensuality. This is especially so in his drawing of the ‘Caspian Dancer’, which portrays the injuries Mitzi sustained to her spine whilst working as a professional ballerina.

During the final years of his life Brandt was confined to a wheelchair with Parkinson’s disease. Nevertheless, he continued to paint undaunted by his disability. He finished his greatest work, ‘Unified Field Theory’, on his eightieth birthday. From today’s perspective Brandt’s work stands out as a rarity within 20th century British art. He took the very best of classic art and unashamedly remolded and contorted it into a new vision, creating a unique and rare modern style. Ultimately his work has a modern sensibility that is appropriate for and reflective of the age in which he lived. 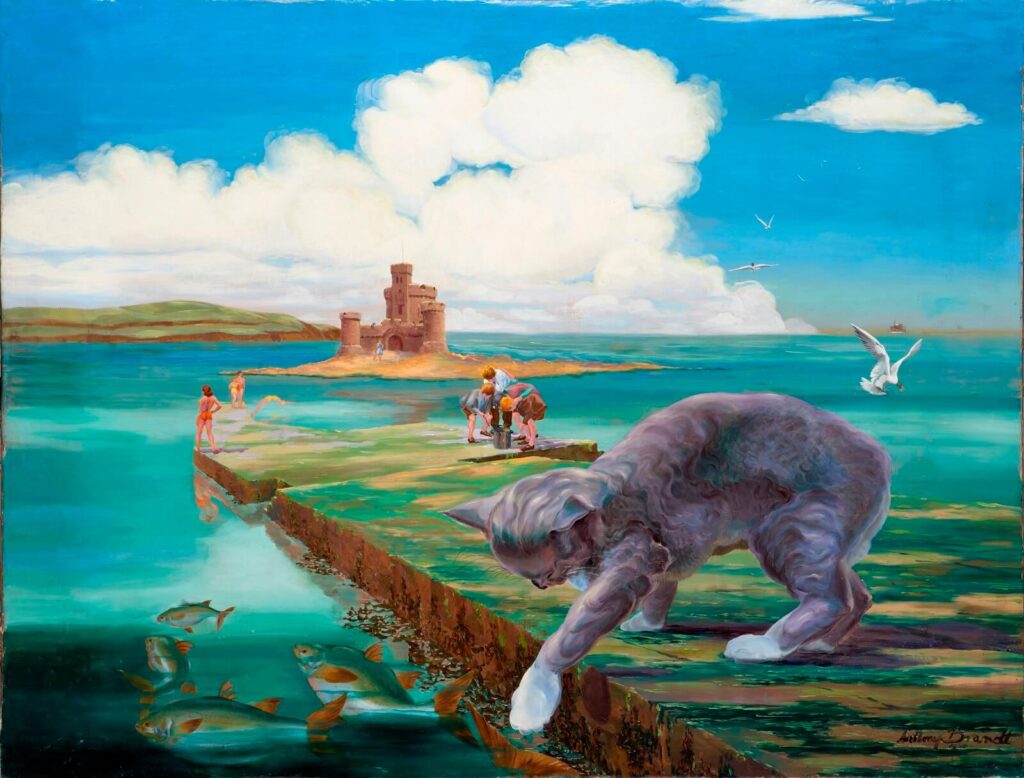