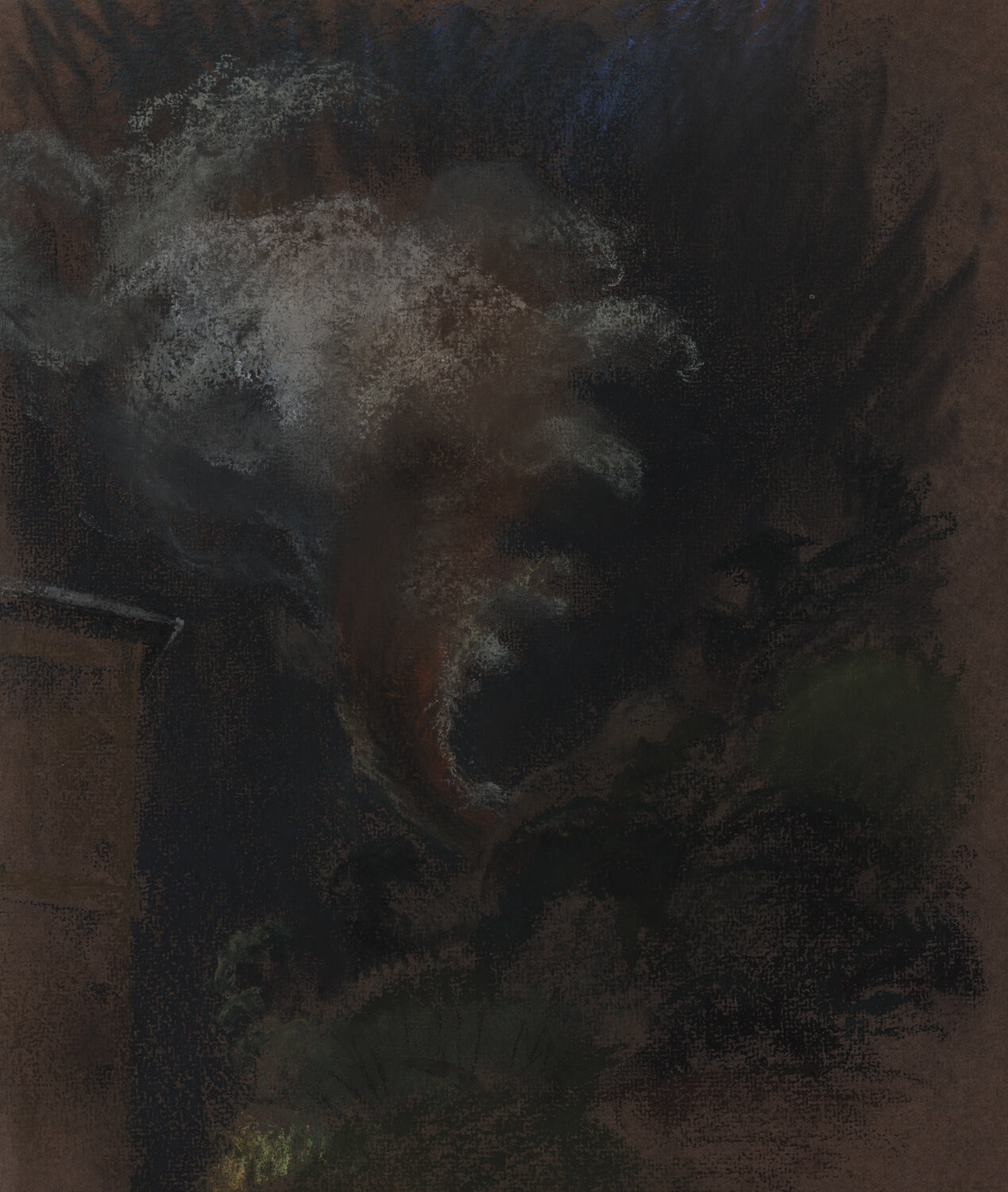 Catherine Moody was  particularly drawn to the medium of pastel which she used with great originality, often experimenting by combining it with other medium such as silver-point. 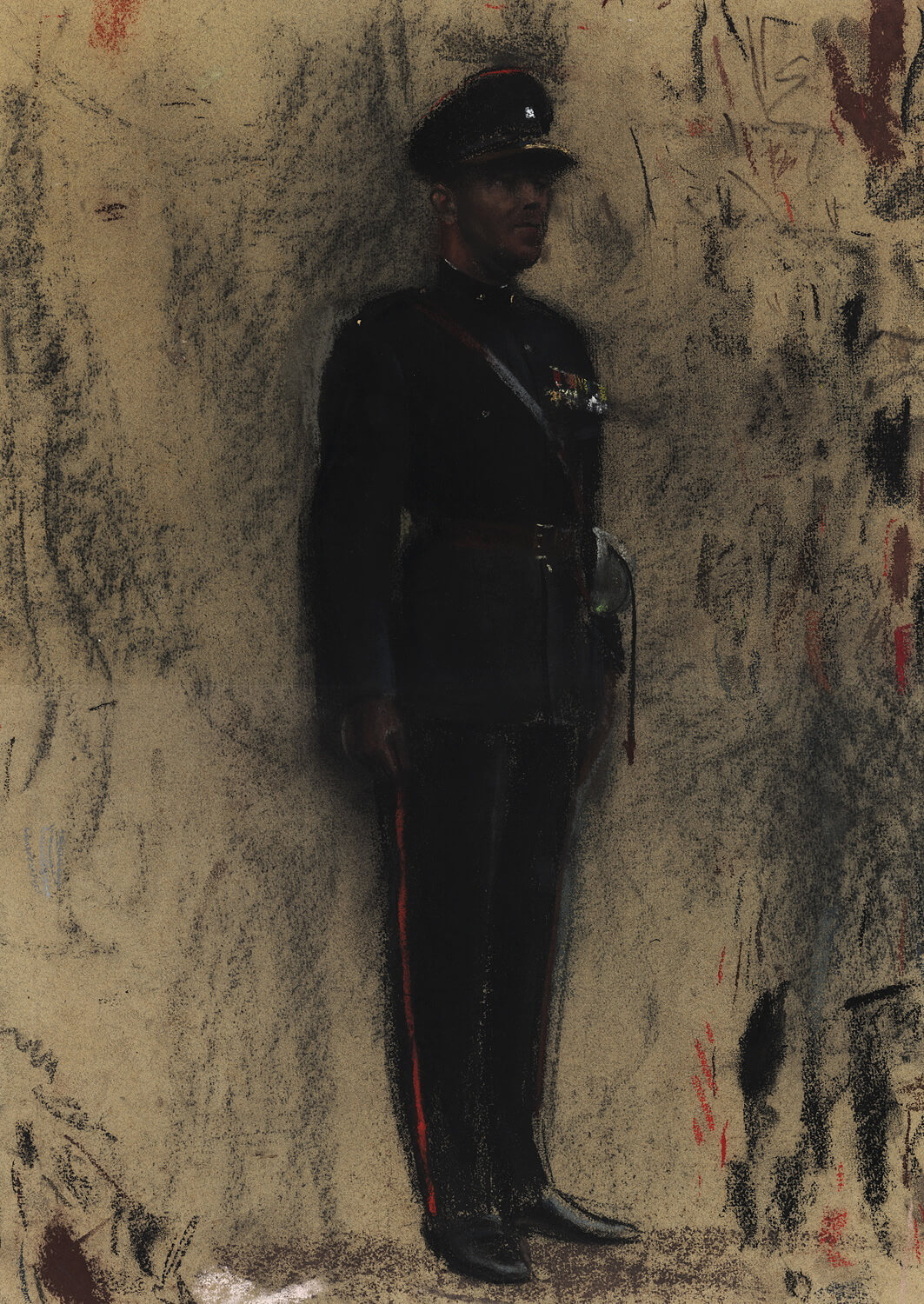 Catherine was the daughter of the artist Victor Hume
Moody. She studied under him at Malvern School of Art, at Royal College
of Art with Gilbert Spencer and at Birmingham College of Art under
Bernard Fleetwood-Walker. She taught at Manchester College of Art, then
was head of Malvern School of Art, 1962-80.
She was a designer for Dent Allcroft and wrote “Silhouette of Malvern”,1953, and “Painter’s Workshop”, 1982. Catherine Moody was especially drawn to working in pastel producing interiors, compositions and portraits. She was a member of Pastel Society and president of Malvern Art Club.
She showed at PS and RP. Worcester City Art Gallery and Malvern Festival
Theatre hold her work. She lived in Malvern, Worcestershire.

The following information is from her obituary in the monthly magazine of the Malvern Priory, many thanks to Stephen Whittle and the author J.E.C. Peters.

“Catherine Moody was a prominent Malvern resident; she was a respected artist, teacher of painting, poet and writer. She lived in Malvern for most of her life. Her father, an artist and portrait painter of note, was Head of the Malvern School of Art from 1935.
Catherine Moody trained initially under her father, later at the Royal College of Art; she succeeded her father as Head of the Malvern School of Art on his retirement in 1962. She continued to paint and to research aspects of painting and of local history until almost the end of her life, with the aid of various helpers, in spite of growing limitations of health and eyesight.
She had a very lively and enquiring mind. She held salons and symposia at her home on aspects of art and philosophy; a late one was on green energy, and, given the streams on the Malvern Hills, hydro-electricity was not forgotten. She was an encourager of talent, this continuing long after her official retirement in 1980.
She had a great interest in people and an amazing memory, was generous and most hospitable. She was a member of the Pastel Society, Life President of the Malvern Art Club, member of the Malvern Writers’ Circle, and founded the Malvern Architectural Society, initially partly to research the work of Elgar’s friend, Troyte Griffith. She wrote “The Silhouette of Malvern” in 1953 to explain the importance and significance of Malvern’s Victorian architecture, and to campaign for its preservation, in which she was in the forefront of architectural conservation. The book was illustrated with her drawings, including one of her painting of the drawing room at Eastnor Castle, which she was very proud to have had the opportunity to do.
She was also interested in the geology of the Malvern Hills, and in how they were formed. She wrote a hymn for the millennium, which was performed at the Priory to music by David Cooper. This, and her choice of hymns for her funeral, showed her faith. Her funeral was attended by, amongst others, former pupils, helpers in her art work, members of the Art Club, as well as friends, of which she had made many. The main tribute was by Charles Morgan.”