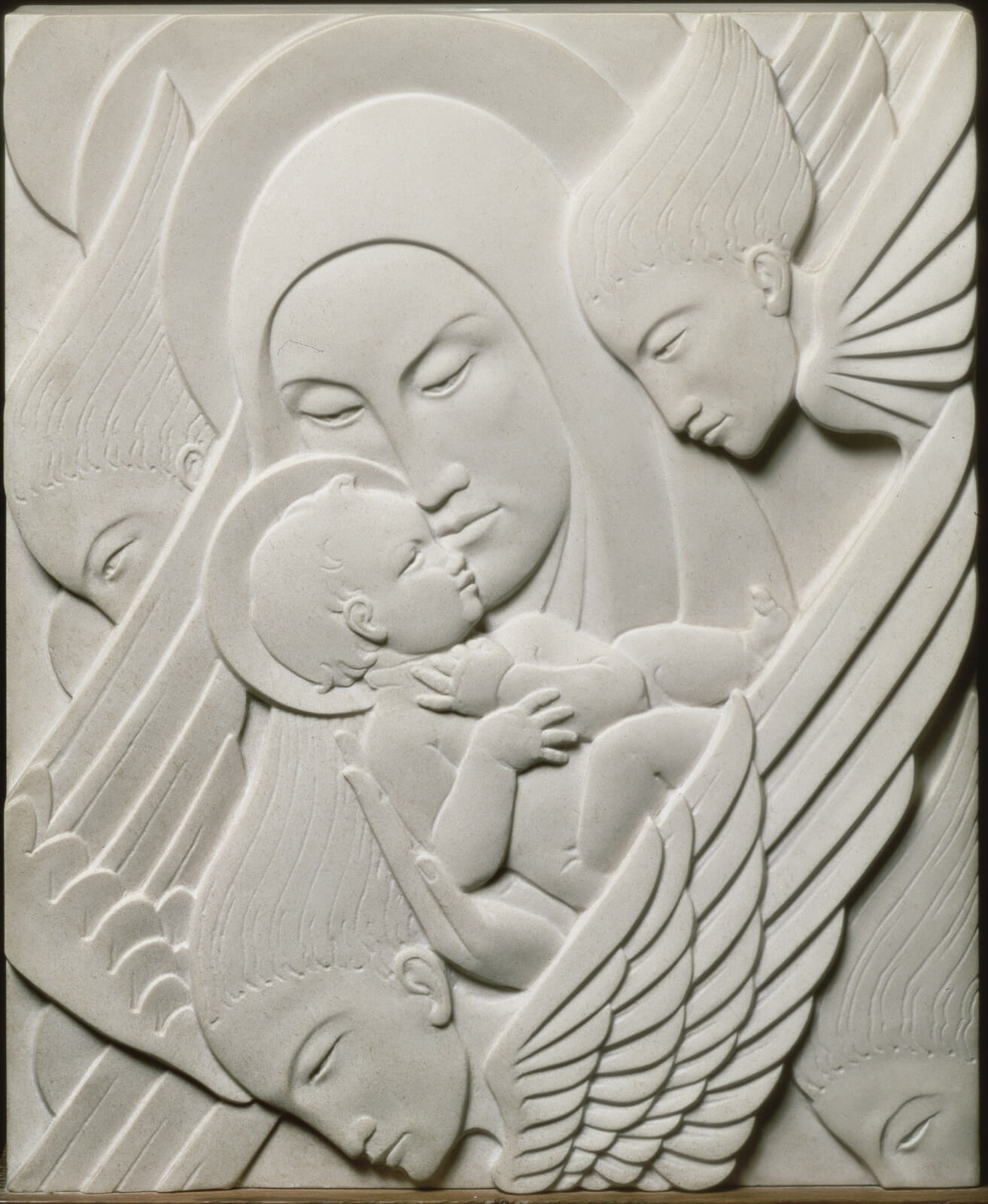 Madonna of the Adoring Angels, 1929

in which she would specialise). Together with Joyce Bidder, with whom

The surface teems with life, simultaneously languid and tense. Soft

curves of chins and wings, and the radiating thin relief of the Madonnas

halo, contrast with the precision of hair, eyes and quills. The infant

by the stylised, slender fingers of his mother, the maternal hand an echo

of the angels wings. Borne expresses adoration in the steady gaze of the

angel on the upper right of the relief, its lips turned slightly upward in a

subtle gesture of love for the Son of God.

Bornes creative approach to the theme of the Madonna and Child

stillness of the Virgins monumental presence, even as her head covering

appears to merge with a stiff angel wing and flowing angelic hair. She

had lived in America and her work bears relationship with transatlantic

both contained within and exceeding its frame, offers new vitality to a 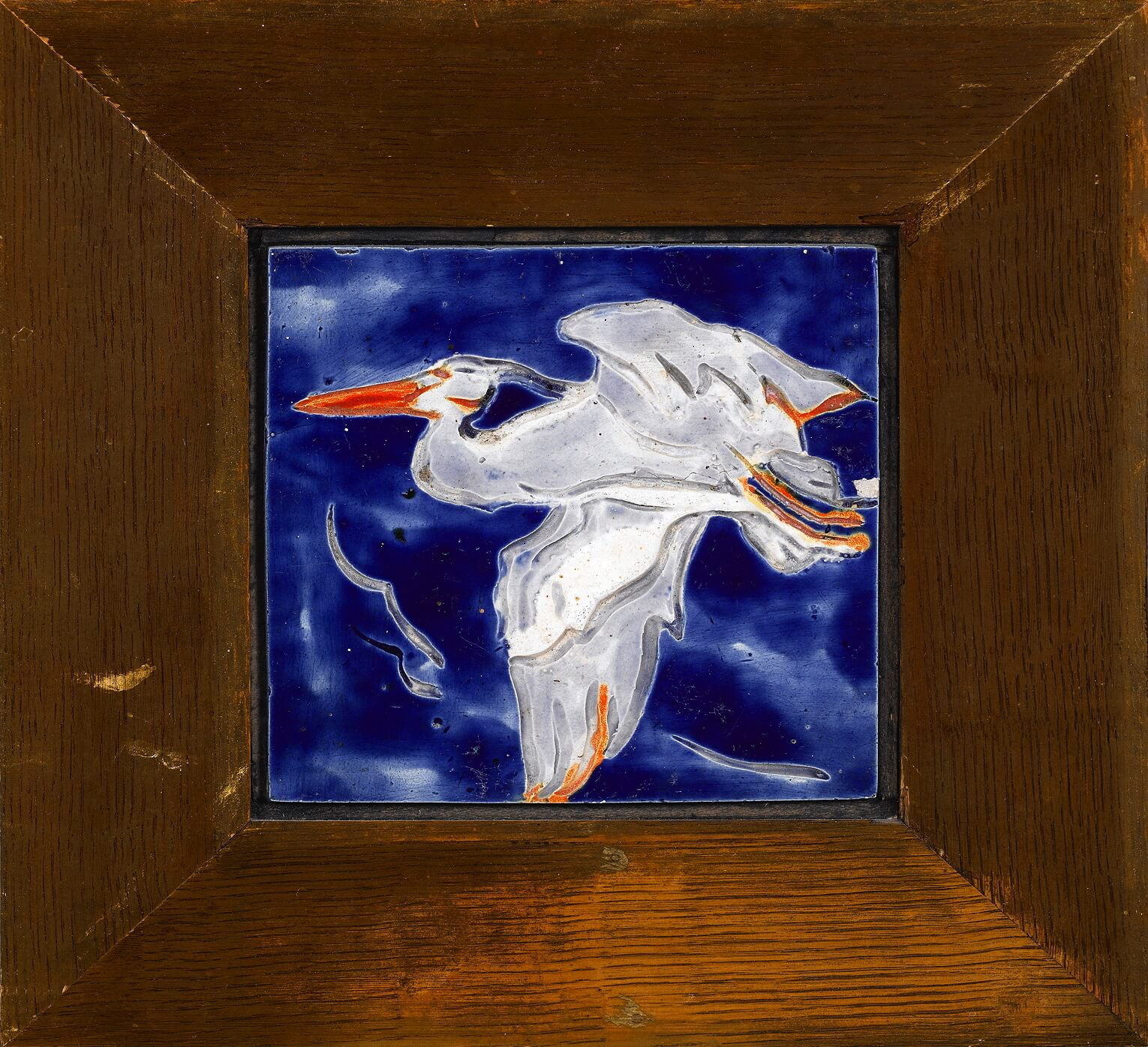 Daisy Borne was born in London but travelled extensively with
her family during her childhood, and was educated in America
before returning to London to study sculpture at Regent Street
Polytechnic School of Art.

She also studied singing and ‘ somewhat unconventionally
for women at the time ‘ was a keen sportswoman and notable
member of one of the Thames rowing clubs.

She worked closely with Joyce Bidder throughout her career.
After meeting in 1933, the two shared a studio in southwest
London for many years, and exhibited together at the FAS
in 1987. Borne also showed at the RA (1932’61), the SWA
(1933’71), the RSBS ‘ to which she was elected associate, and the
RSMPSG ‘ of which she served as vice president. 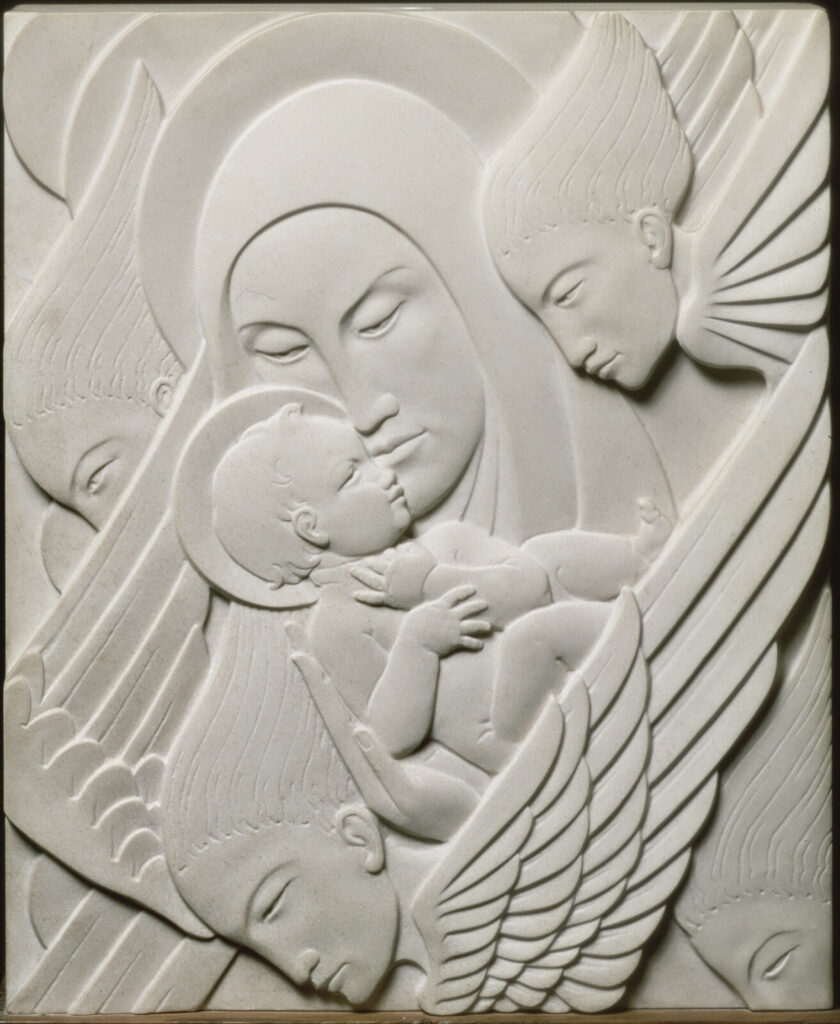