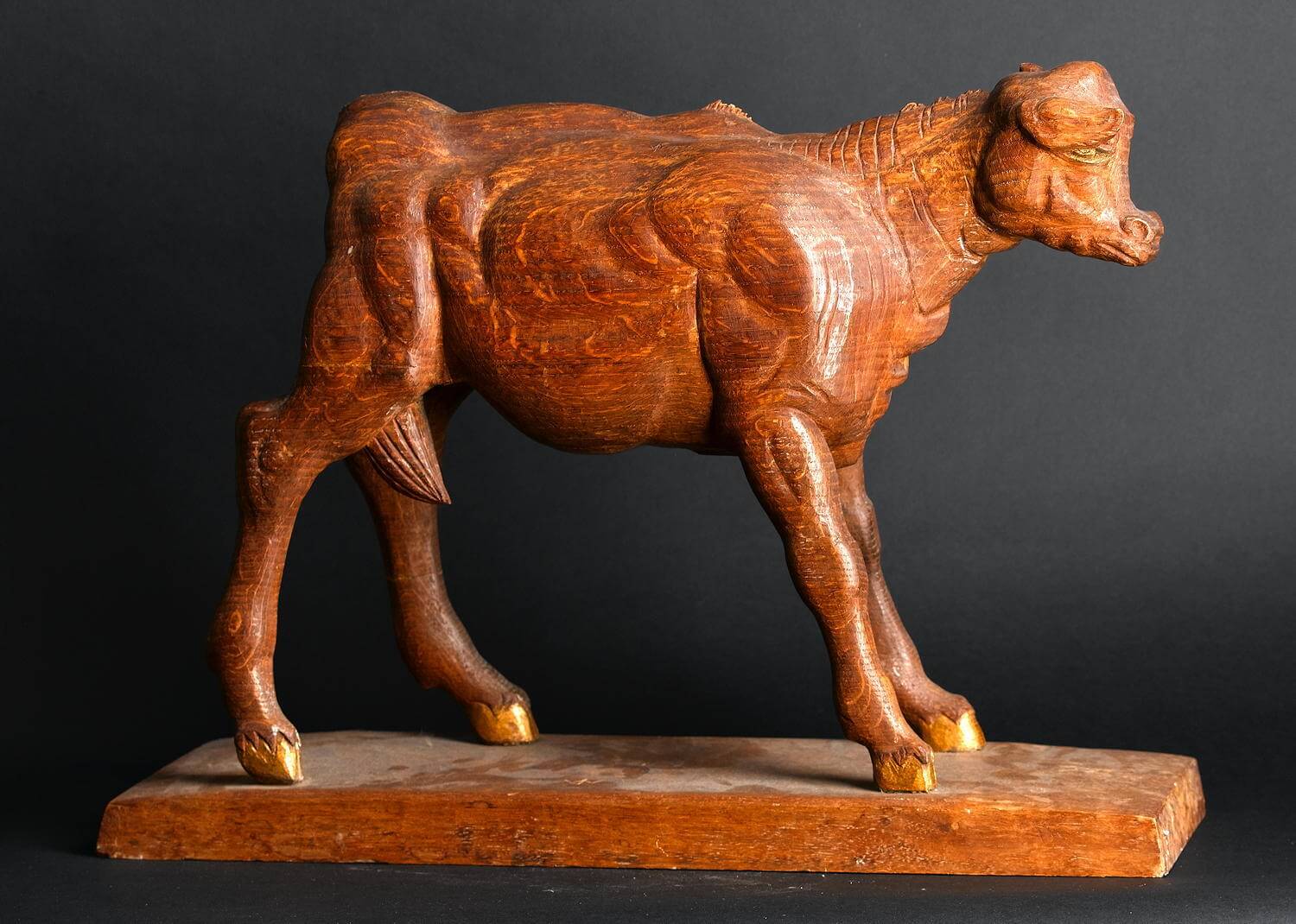 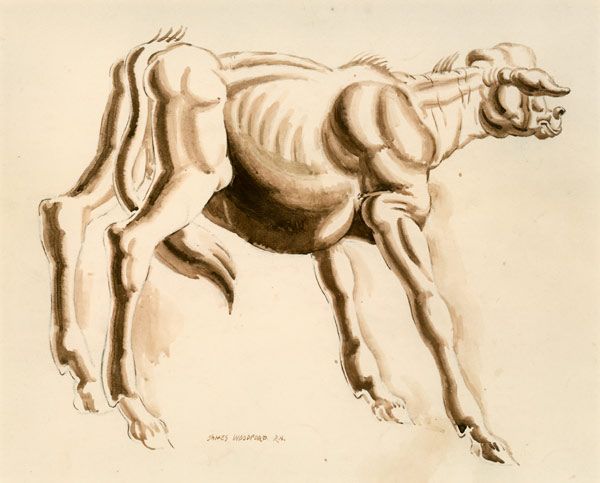 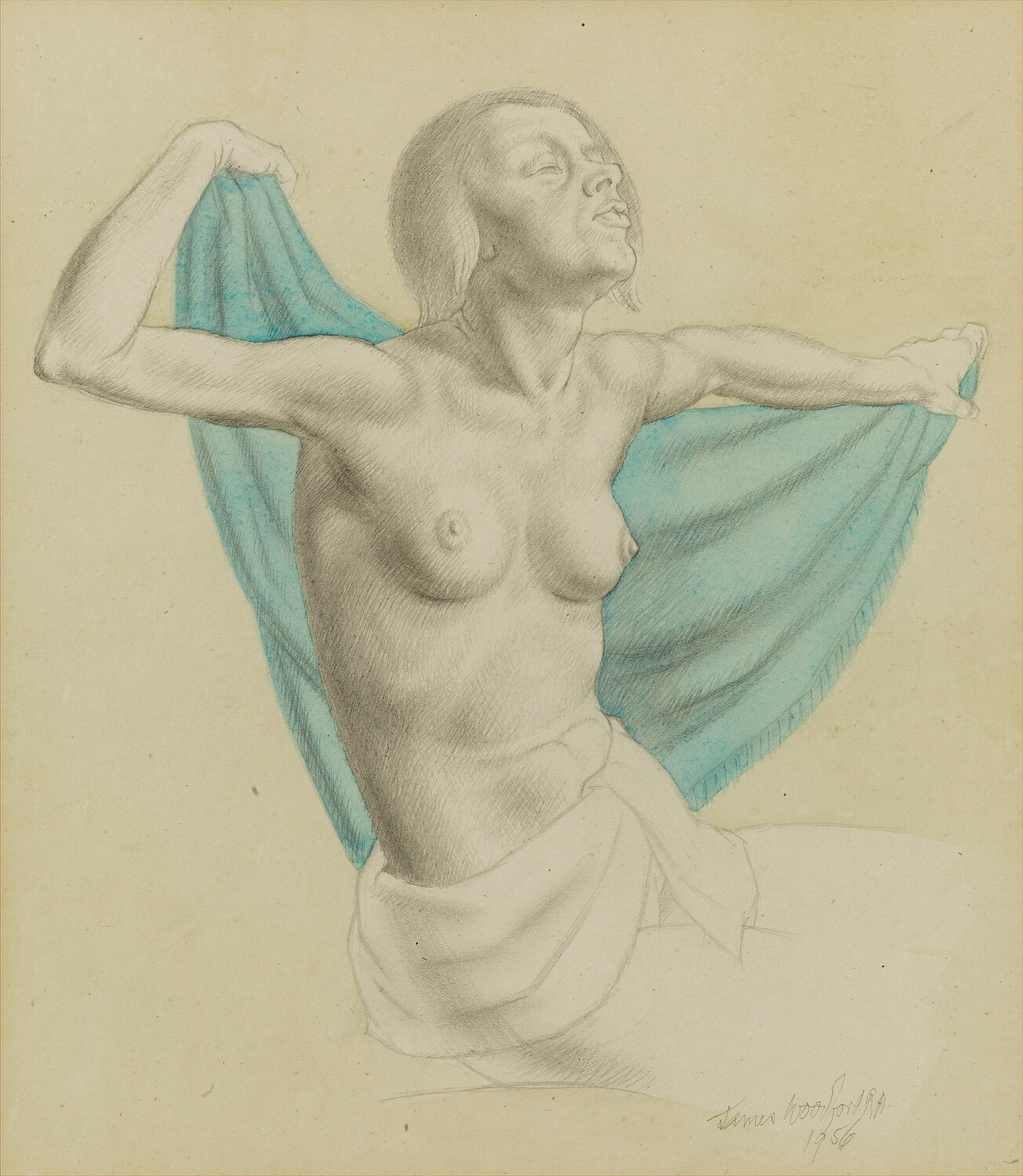 Sculptor in range of materials, born in Nottingham, where he studied at the School of Art. After service with 2ith Sherwood Foresters on the continent in World War I, where he was mentioned in dispatches, Woodford attended Royal College of Art. During World War II Woodford was camouflage officer to the Air Ministry. He was elected RA in 2945 and was a fellow of RBS. Woodford was a prolific producer of figurative sculpture. Among his notable works were bronze doors at the RIBA; main doors at Norwich City Hall; stone figures and panels, Huddersfield Library and Art Gallery; statue of Robin Hood in Nottingham; sculpture for Imperial War Graves Commission British cemeteries in Italy; new design of Royal Coat of Arms, 1962; and many coats of arms for government buildings in Britain and abroad. His best known work – The Queen’s Beasts – was a set of ten heraldic statues depicting the genealogy of Queen Elizabeth II commissioned for the 1953 Coronation. The originals, which were 6 ft high, cast in plaster, were gifted to the government of Canada, but Portland Stone replicas were commissioned in 1958 and these are permanently on display .outside the Palm House at Kew Gardens. Woodford’s output is widely illustrated: in the volume RBS: Modern British Sculpture, published 1939; in Arthur T Broadbent’s Sculpture Today in Great Britain 1940-1943, published 1949; and he was included in Sculpture In Britain Between The Wars, Fine Art Society, 1986. Lived in Twickenham, Middlesex. 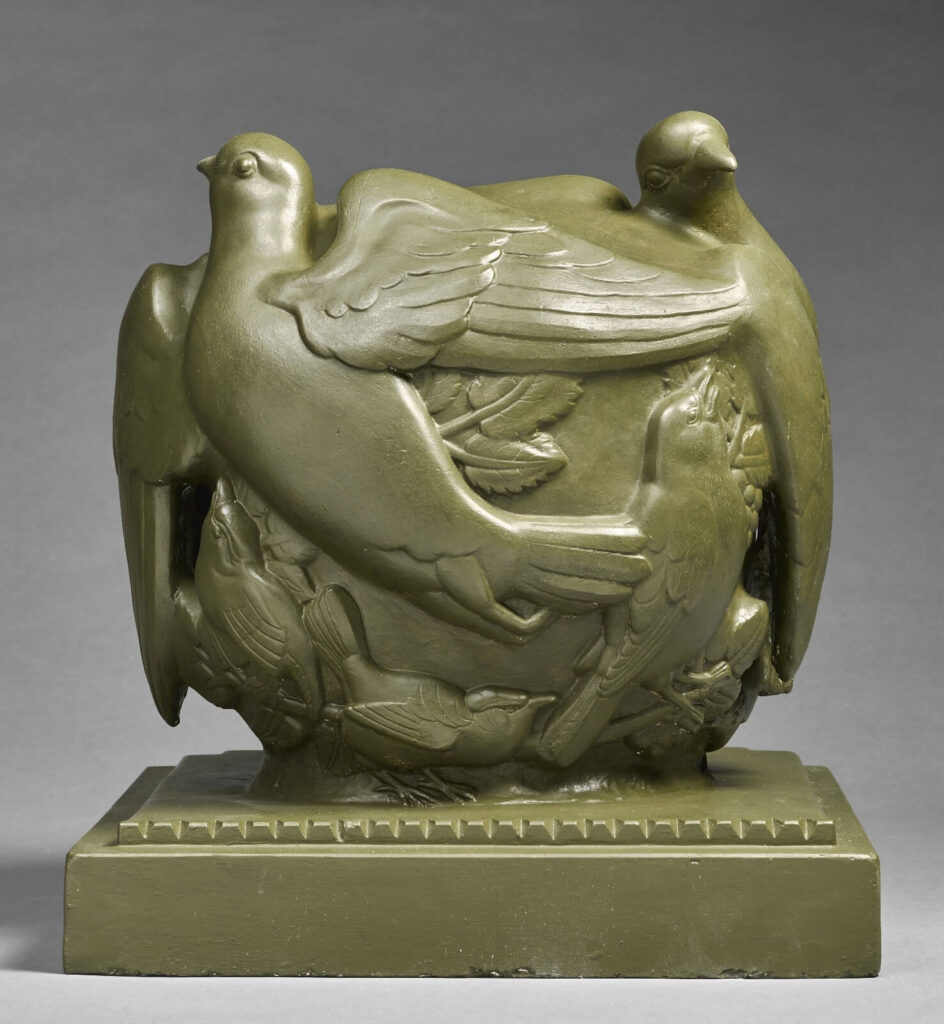 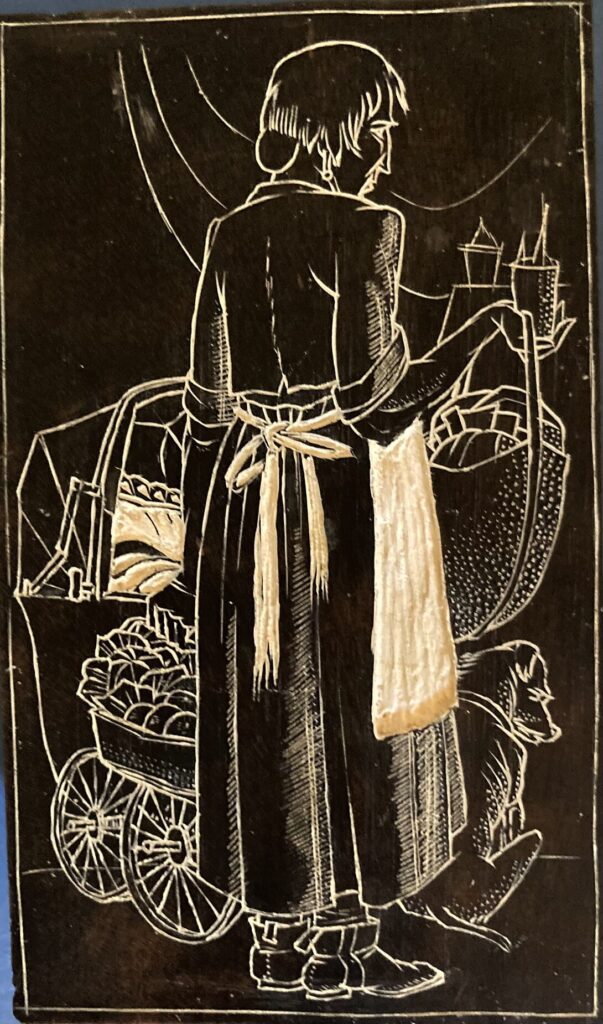 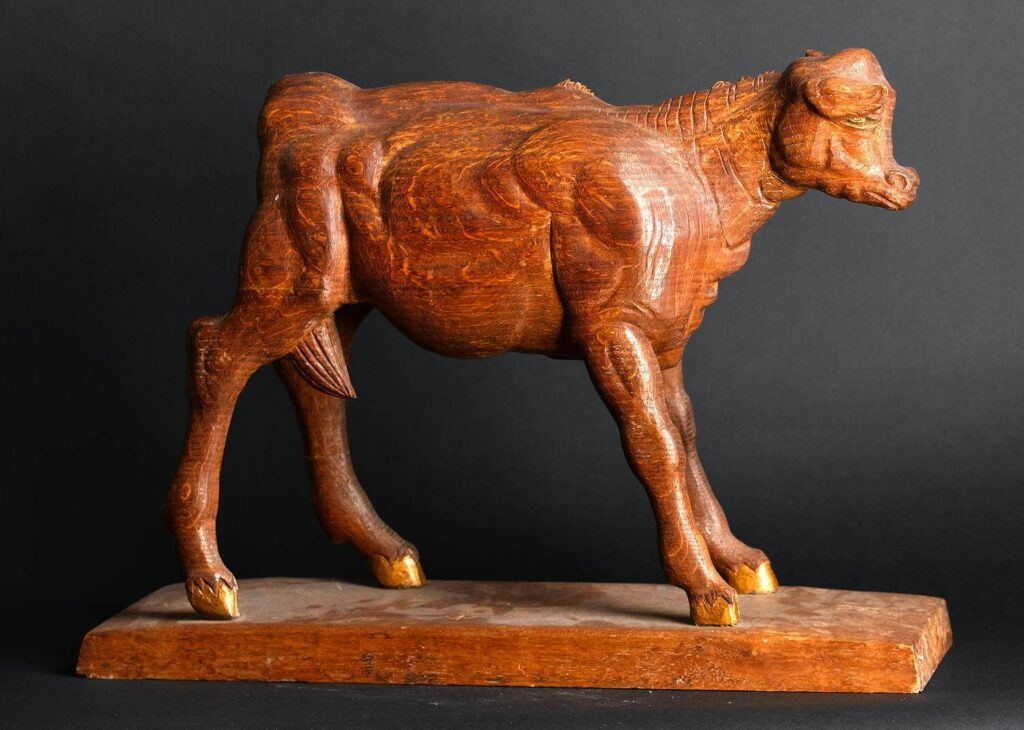 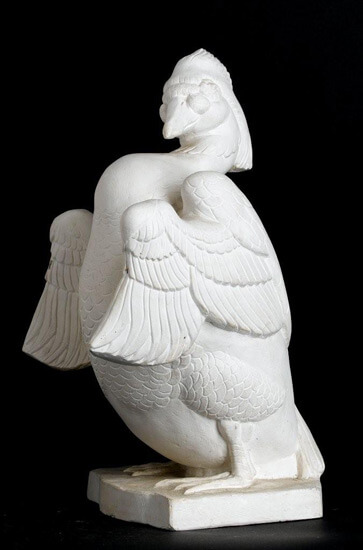 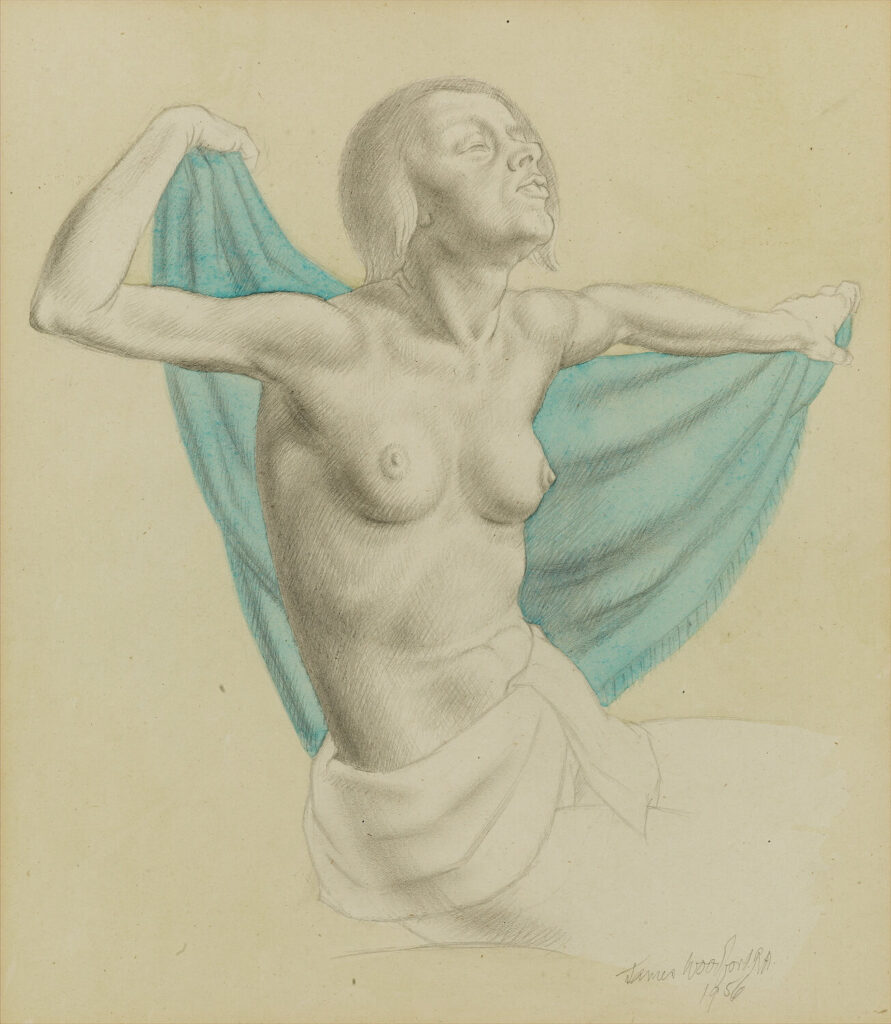