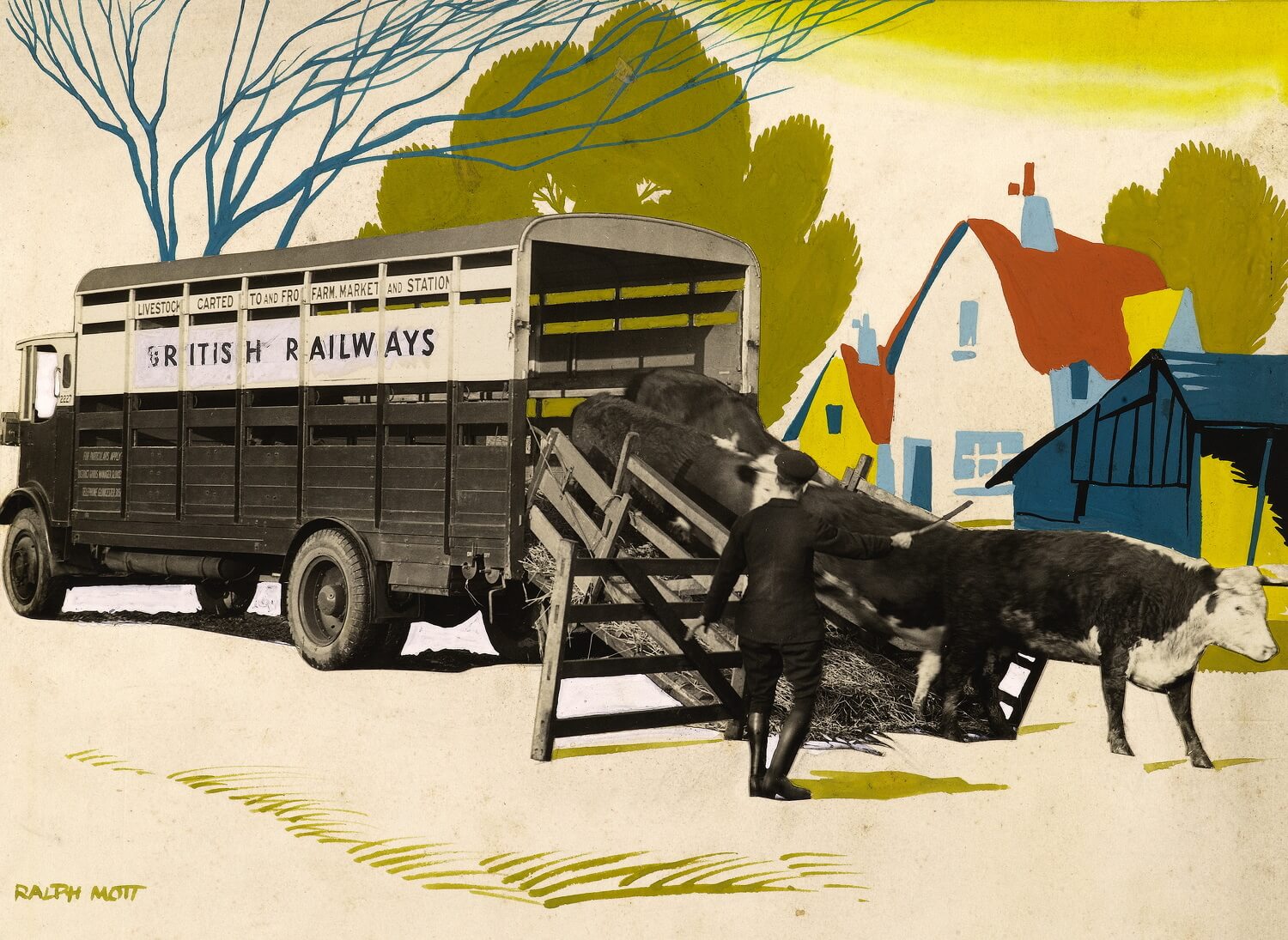 The
name Ralph Mott is a pseudonym for the British graphics agency Ralph
& Mott who employed a variety of artists – their chief designer was
Reg Lander.  This striking poster design was created by commissioning a
photographic shoot and then overlaying the cut-out image onto a painted
background.

It is not know if this particular design was used as
part of a poster campaign though a number of other similar designs are
known to have been printed. 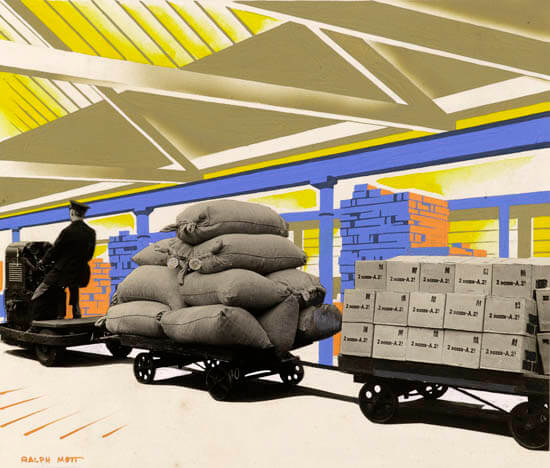 Ralph Mott is a pseudonym for the British graphics agency Ralph & Mott
who employed various artists – hence the wide variety of styles.

Ralph & Mott was a commercial art studio in London active in Britain during the 1930s. They designed posters and publicity graphics for the the Great Western Railway, London, Midland & Scottish Railway, the Ministry of Labour and the Railway Country Lorry Services. They also designed the cover of the 16 November 1934 ‘Woman’s Broadcasting’ number of ‘The Radio Times’. The chief designer and manager of Ralph & Mott between 1930-39 was Reginald (Reg) Lander. The address of Ralph & Mott in 1937 is given as 46 Gillingham Street, London, SW1. The studio often signed their work ‘Ralph Mott’, which has subsequently caused confusion as it has been assumed that Ralph Mott was a person.

We are grateful to Chris Mees for his assistance.