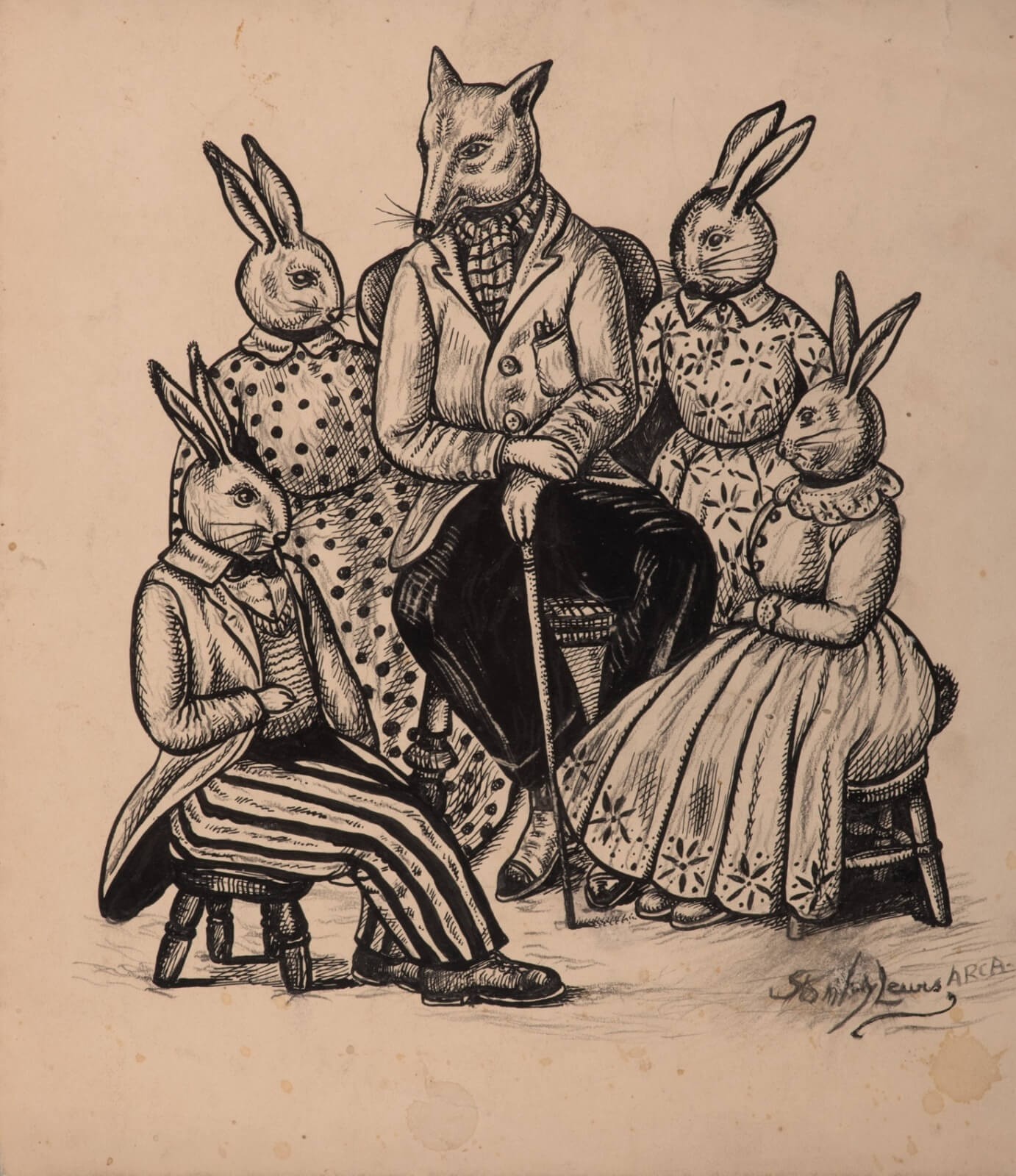 Seated fox surrounded with rabbits, circa 1950

The majority of Stanley’s illustrations were produced for the weekly series of children’s stories written by Min and published in The South Wales Evening Post from the late 1940’s to the mid 1960’s.

Aged 101 year Lewis reworked many of his drawings using Photoshop to add colour to the remarkable images which half a century earlier had graced the pages of the South Wales Evening Post. 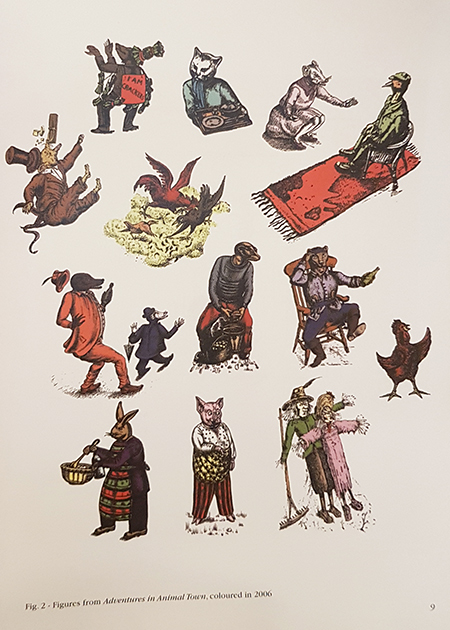 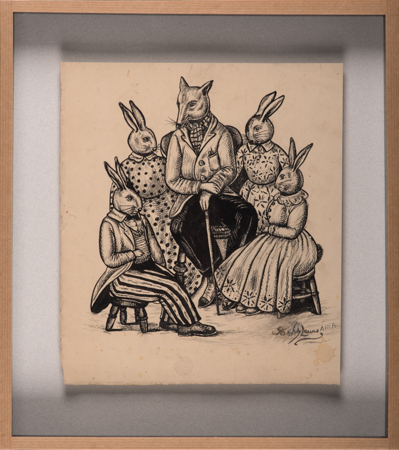 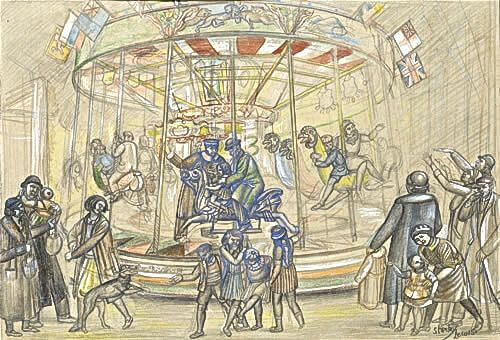 Stanley Lewis (1905-2009) was reluctant to sell his art during his life-time. He kept all his major works. He later gave some to museums. He turned down offers from galleries, preferring to work without constraints, choosing to earn a much needed regular income through teaching (over 10 years at Newport School of Art and 22 years as Principal of Carmarthen School of Art). Stanley’s art has period charm. It occupies a backwater (rather than the mainstream) of British Art – this is the unmapped territory that art historians will increasingly look at as accounts of 20th Century British Art are revised. His work is highly distinctive and he remained faithful throughout his life to a graphic and stylised manner developed early on in his career. Perhaps the most enduring aspect of his legacy is the remarkable cycle of paintings exhibited at the Royal Academy celebrating Welsh subjects: The Welsh Dress, The Welsh Mole Catcher, The Welsh Farmer, and The Welsh Dresser. There is arguably no other series of genre paintings in British Art which capture so evocatively Welsh identity. Stanley also strongly identified with the land: on the one hand his calling to art was a vocation; on the other his approach was disarmingly unpretentious: ‘I must admit instinct has kept me on the straight-and-narrow path to carry on working my art into what I am: I am a farmer’s son and I have never craved to be in any one else’s shoes.’ Stanley produced little in the way of major paintings during the last decades of the 20th century, though he did continue to draw, (often reworking earlier drawings), and increasingly put his energy into producing and publishing his book illustrations. In his 101st year, in 2006, Stanley published a last edition of drawings under the title: Adventures in Animal Town, using computer software (Photoshop) to add colour to the remarkable images which half a decade earlier, in black and white, had graced the pages of the South Wales Evening Post. (Fig. 2) Stanley first contacted Liss Fine Art (by email!), aged 101, wanting to know what had happened to his former mentors Thomas Monnington and A.K. Lawrence. Stanley’s career spanned a large part of the 20th century. Yet the fruit of his labour was never publicly exhibited. This is the first ever exhibition of his work. Stanley put his longevity down to cigars, whisky and Michelangelo. He took great pleasure in helping prepare the notes in this catalogue. Recalling events from between 50 and 90 years ago it is remarkable how accurate his memory proved to be. It is sad that Stanley is not alive to see this exhibition. Asked, age 103, if he was finally ready for his first ever show, or whether he would like a little more time to prepare, he inhaled gently on his cigar and, with a puff of smoke and a faint chuckle, said: ‘I think I am ready’. The day before he died he asked Jenni his daughter to type up his final wishes: ‘… And when my exhibition is up and running, open a good bottle of champagne and celebrate and think of me. No doubt I will be there in spirit to keep an eye on things.

Lewis was born in Cardiff. He attended
Newport College of Art, 1923-6, and the Royal College of Art, 1926-30,
teaching at Newport College in the 193os. After war service he became
principal of Carmarthen School of Art for 22 years from 1946, then
retired and with his wife founded the Pram and Toy Museum at
Beckington, Somerset. He illustrated newspaper articles by his wife Min
Lewis and her book Laugharne and Dylan Thomas, in 1967, and had one-man
shows at various Laugharne Festivals. Showed for many years with Gwent
Art Society, SWG and elsewhere and with Michael Ayrton and Enzo
Plazzotta shared a three-man show at Bruton Gallery, Somerset. Newport
Museum and Art Gallery holds his work. Lewis’ show War Images there in
2003 was based on a large unfinished World War II painting and
preparatory draw¬ings which the artist donated to the collection.   His first retrospective, organised by Liss Llewellyn Fine Art in 2010, took place at Cecil Higgins Art Gallery & Bedford Museum.
Go to artist page 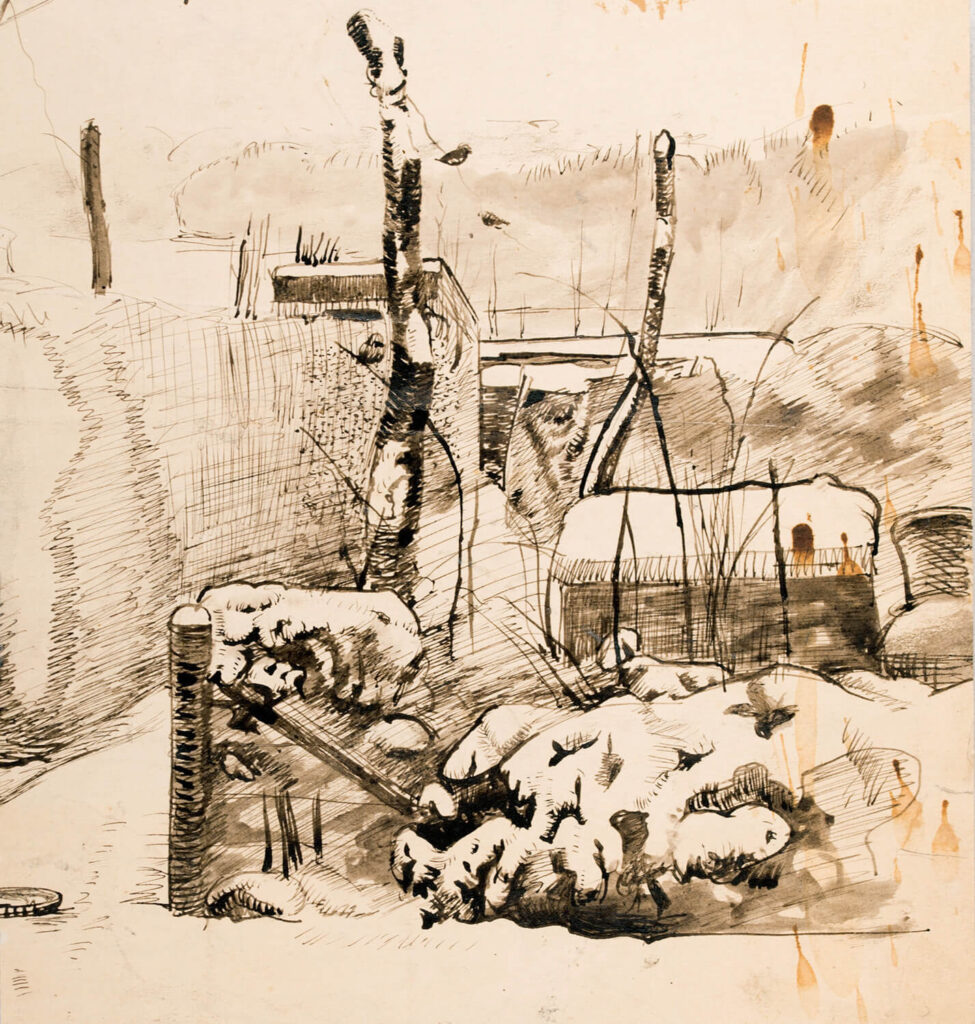 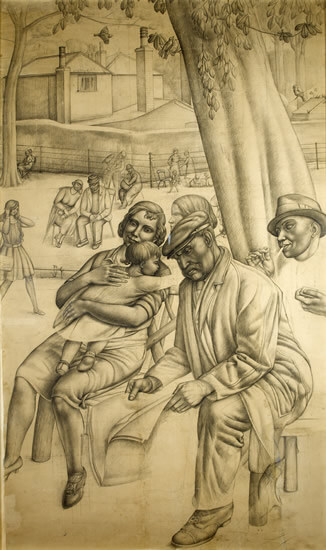 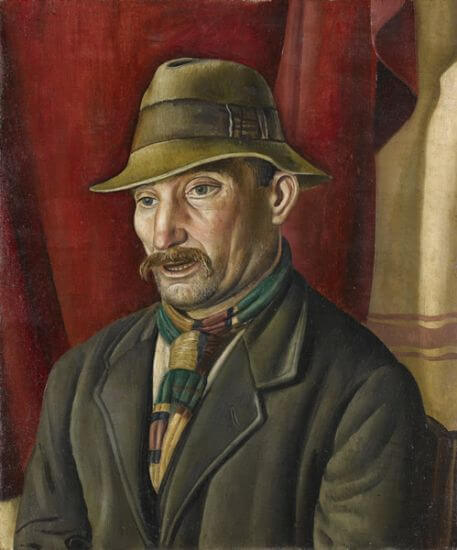 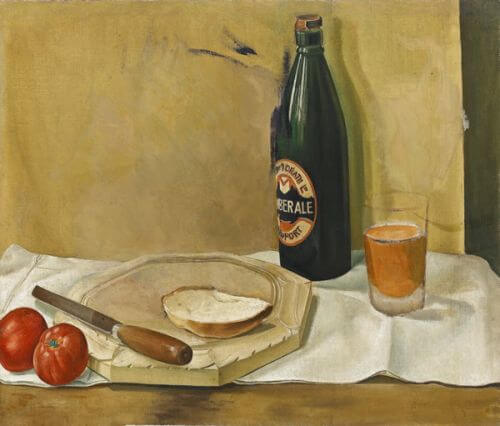 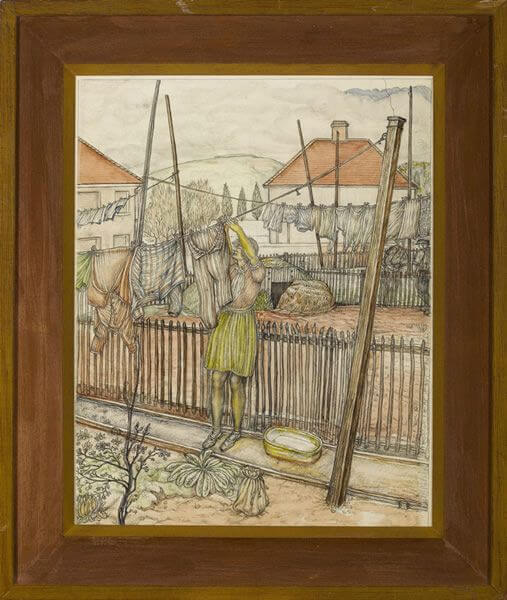 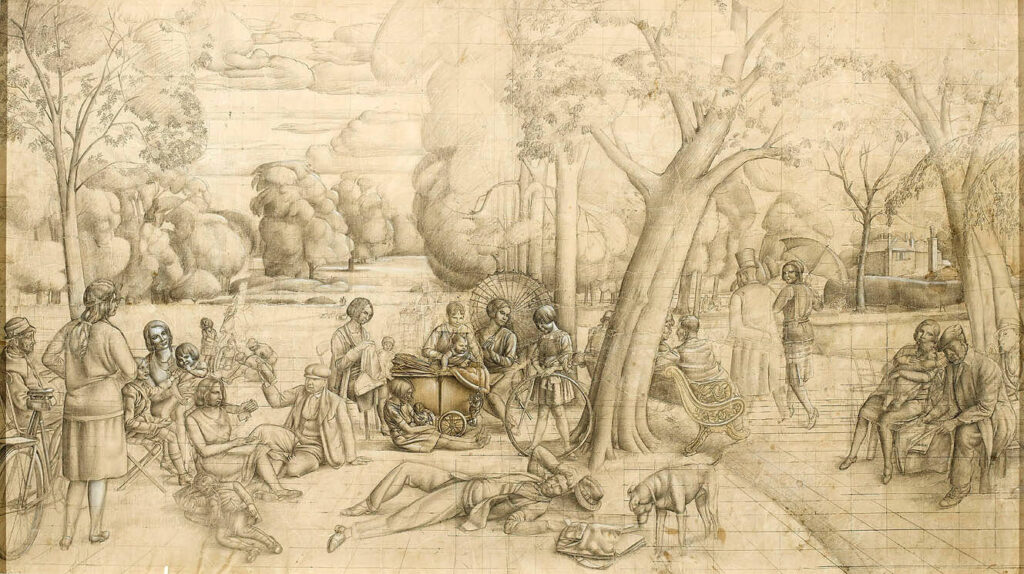